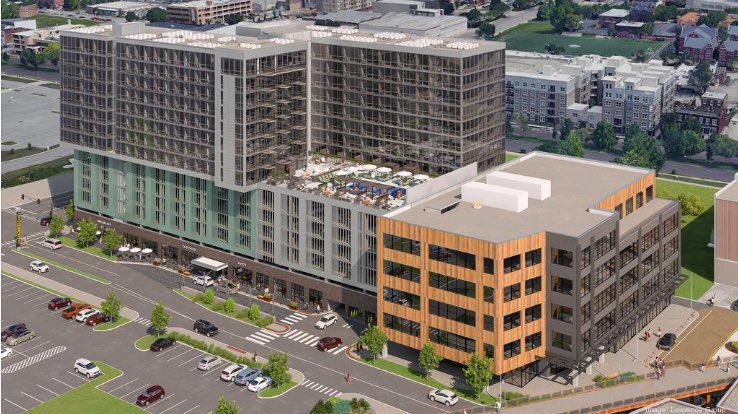 The city issued building permits of $43.1M and $11.3M were issued Jan 6th for City Foundry phase 2 developed by New + Found. The larger permit is for a 14-story, 272-unit residential tower with a 481-car parking garage and 25,000 square feet of retail space. The smaller is for an 83,000 square-foot office building. The office building will be St. Louis’s first mass-timber building. Lawrence Group is the lead architect and interior design firm. The total cost of this phase is estimated to be $125M. It is expected to be complete in 2024.

The development is within the City Foundry TIF district. The terms were negotiated by the Jones administration and Ald Phil which led to the establishment of an Equitable Development Contribution of $1.8 million to the City of St. Louis Affordable Housing Trust Fund. This means the TIF is larger than it otherwise would have been, but instead of waiting until the TIF bonds are paid off for taxes to go to public use instead of the development, there are dollars for public use now.