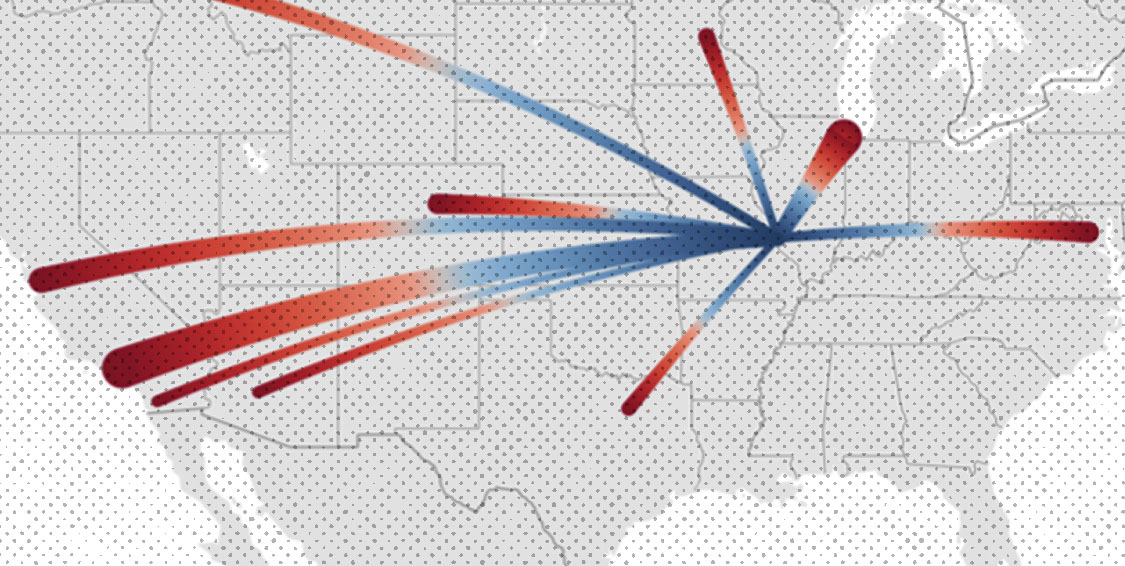 It’s no “superstar city,” but St. Louis is catching the eye of folks across the nation seeking to improve their quality of life.

In the 3rd Quarter of 2021, St. Louis saw 21% of housing searches coming from outside of the area. High-cost coastal cities dominated the top of the list in addition to Chicago. It should be noted that while St. Louis was receiving most if its searches from these cities, these cities were not primarily looking at St. Louis.

In part, this discrepancy can be explained by how Redfin calculates the percentage using absolute population numbers. This will tend to put larger cities on the list even if a smaller city has a higher percentage of its population looking at St. Louis. So don’t get too excited. No, the coasts aren’t emptying and heading for St. Louis.

But it is indeed meaningful that over 1 in 5 Redfin users are looking at St. Louis from other cities in the country. Compare this to Seattle, Chicago, Los Angeles and D.C., which all have roughly 1 in 10 users looking from outside their city. And while St. Louis has a significant share of its searches coming from outside the area, it also has the fifth highest percentage of residents looking to stay here.

Where are St. Louisans looking?

84% of St. Louis Redfin users are looking to stay in the area. That passes the eye test when you look at housing prices here compared to places around the country. St. Louisans would be increasing their housing costs significantly, often doubling or tripling them, by moving to other cities in the country.

Are more people coming or going?

What I find most promising in 3rd Quarter’s data, though, is that St. Louis continues to see positive growth in net migration flow. While not huge numbers (the peak in the 2nd Quarter of 2020 was 725), it is much better than the losses the region was experiencing as recently as the 1st Quarter of 2017.

St. Louis (like many of its legacy city siblings) is a diamond in the rough. Do the trends show that the nation is slowly beginning to wake up to that truth?