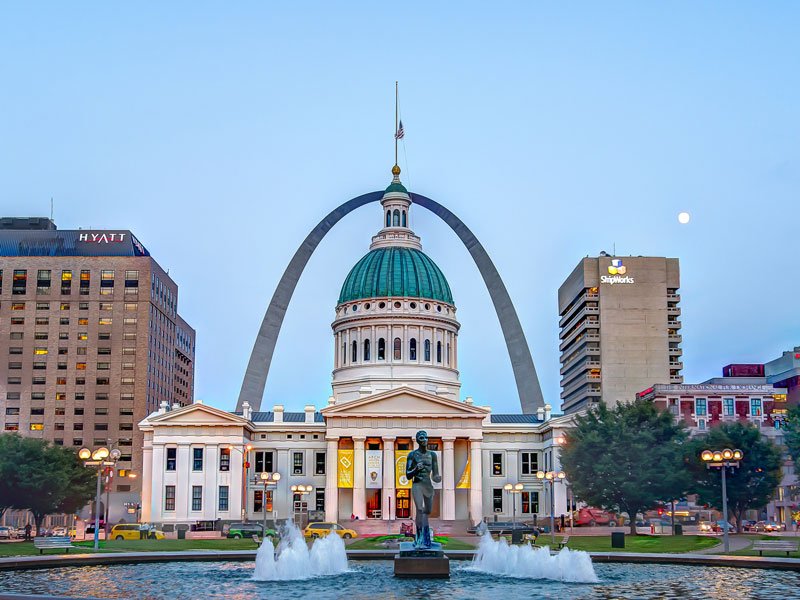 With the United States accelerating its withdrawal from Afghanistan and countless Afghans desiring refugee status in the United States, St. Louis, both the city and the region, can be a welcoming new home. St. Louis Mayor Tishaura Jones, Congresswoman Cori Bush, and any other politicians who will take up the cause should strongly encourage the Federal Government to relocate Afghan Refugees fleeing violence and persecution to the city of St. Louis.

I am not here to provide analysis on the conflict itself. What I will propose is that in the aftermath of a war that has displaced and threatened the lives and freedoms of millions of Afghans, the United States has a moral and ethical responsibility to welcome the “huddled masses yearning to breathe free.” In part, that responsibility stems from the fact that the United States has the capacity to welcome a large number of refugees. It also stems from this nation’s spoken values. And as much as St. Louis can offer refugees, they offer just as much in return.

In the last ten years, per the 2020 Census, 52% of counties in the United States lost population. St. Louis City was one of those counties with its population shrinking to just over 300,000 residents. Additionally, the United States has been letting in fewer refugees over the past five years than it did in previous decades showing that there is a large excess capacity not being utilized. Coupled together, the United States has the systems in place and the space in its communities to welcome Afghan Refugees.

St. Louis’ Land Reutilization Authority owns 12,000 properties across the city that could become home to refugees in the coming months and years. Some of these properties have homes that could be rehabilitated, while others would require new construction. The logistics of rapidly adding housing will be tricky, but good leadership and rank & file workers can make it possible.

In terms of good leadership, the Federal Government supplying significant financial aid to communities that choose to welcome Afghan Refugees can make such efforts financially feasible. This would fall in line with the Biden Administration’s desire to “Build Back Better.” It will take significant Federal support, both in allowing Refugees to settle in St. Louis and in supporting the region’s immigration organizations as they rapidly scale up. While this article is primarily city focused, a collaborative regional approach would also ensure the broader region could play their part. From a bureaucratic standpoint, temporarily fast-tracking building permits and removing red tape could also respond to the time-sensitivity of this crisis.

For workers, this is an opportunity for a robust jobs program that bolsters the ranks of the construction, education, non-profit, and other industries that will need to accommodate an increase in population. Responding to these needs will give rise to a well-trained workforce that finds significant purpose in its labor. The Brookings Institute suggests that “accepting refugees is a win-win formula.”

Greater St. Louis Inc, led by Jason Hall, recently released a Jobs Plan that envisions large scale workforce training and an increase of 30,000 residents in the city by 2030. Welcoming Afghan Refugees to the city would certainly help to accomplish both of these goals. In fact, the potential increase in population could far exceed what the Jobs Plan imagined.

History of Immigration and Refugees in St. Louis

In the latter half of the 19th and early 20th century, St. Louis became home to waves of immigrants. German immigrants profoundly altered St. Louis history when they fled a failed revolution. A world class brewing scene materialized, German American bricklayers left St. Louis with an architectural legacy, and German Americans were instrumental to securing St. Louis for the Union in the Civil War. Later waves of Irish and Italian Immigrants were hugely impactful in bolstering the workforce with hard workers and innovative industrialists. St. Louis is deeply influenced today by its past European immigration.

In the early 20th Century, though domestic, Black Americans left the south for cities like St. Louis in what is called the “Great Migration.” With them, they brought many of the same qualities that previous waves of immigrants did.

Vietnamese refugees also relocated in St. Louis during the latter half of the 20th Century. Starting small businesses and working in careers like Mr. Hap did for the International Institute makes St. Louis a better place for all.

Bosnian Refugees arrived in the 1990s and formed Little Bosnia in the Bevo neighborhood of South St. Louis. While a large portion of Bosnians have left the neighborhood, they have and continue to play a very important role in the story of St. Louis.

Generation after generation, immigrants and refugees have made St. Louis into a better place. St. Louis has a strong reputation as a refugee city, having one of the largest per capita refugee populations in the nation. Additionally, the city currently has the third fastest growing foreign-born population. Welcoming folks looking for a better life is something that St. Louis has done with great results in the past, and should continue to do with great results in the present and into the future.

Do the Right Thing

St. Louis should step forward as a leader in welcoming Afghan Refugees. Show the nation our empathy and capacity to help others. At the same time that we can help refugees, they will strengthen St. Louis. This city has seen it before. Local organizations like the International Institute of St. Louis and the St. Louis Mosaic Project can help St. Louis step into the national spotlight and do the right thing.

When discussing this proposal, I ask you to assume positive intentions as I will do the same with this strongly debated topic. We all want to make our communities better while helping our neighbors. I happen to think this is the appropriate course of action and I look forward to hearing all thoughts.