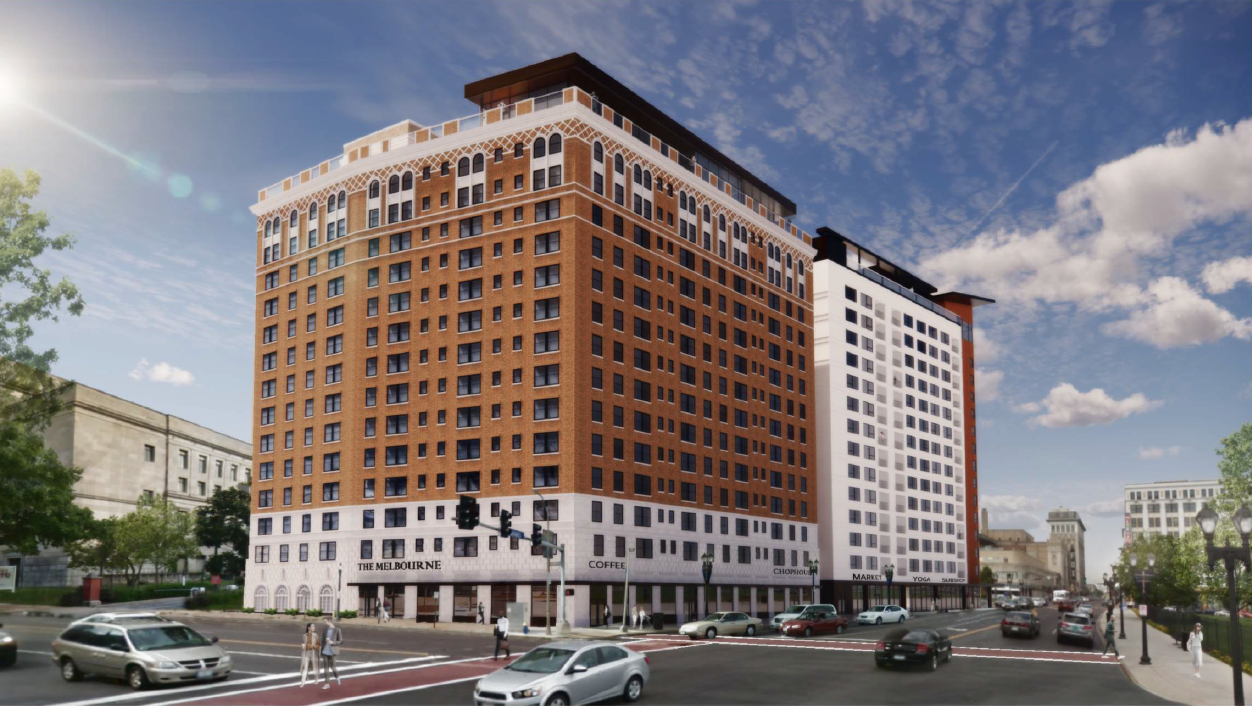 Neighborhood Properties, who are planning to rehab Jesuit Hall at Grand and Lindell, released renderings of phase two- a 14 story building adjacent and attached to Jesuit Hall to the north along Grand in the Grand Center neighborhood. The architect is Gray Design Group. The original architect of Jesuit Hall was Preston J. Bradshaw.

Nextstl – Jesuit Hall To Get Makeover

A complete street wall will be wonderful. Let’s get a building across the street!

Conspicuously missing is thneeded parking. The Grand Center and SLU area is riddled with parking garages and surface parking lots. A parking garage on Washington for the Fox Theatre even received a property tax abatement. Holy SLPS schoolkids chipping in for parking because drivers aren’t willing to pay for it! An obvious choice for this development would be to rent some spaces in the Scottish-Rite garage to the west on Olive. A garage fronting Lindell to the west of Jesuit Hall would be most unfortunate.

The developer has sought a 95% property tax abatement for 10 years. LCRA staff estimate the abatement’s present value to be $5.9M. The development would be a win for land productivity, especially after the abatement ends.

There have been a lot of rehabs among the blocks immediately adjacent to Grand in Grand Center, but this would be the first new construction, other than the parking garages of course.

Update Sep 20, 2021 – According to the LCRA agenda there will be a 132-space parking garage tot he west of the building.