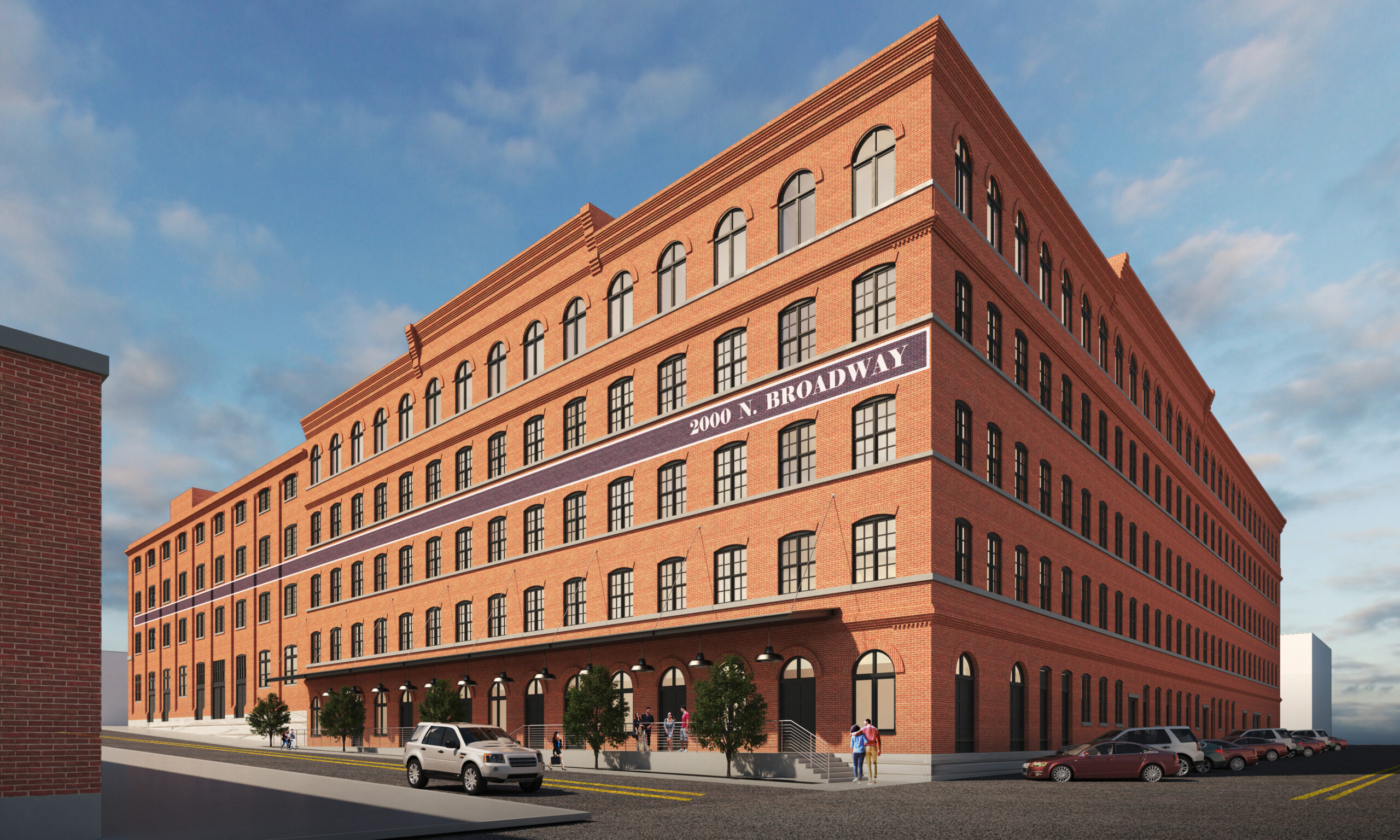 The St. Louis Board of Aldermen unanimously passed two bills, BB 191 and BB 220, to rezone and tax abate the redevelopment of 2000 N Broadway in the Near North Riverfront neighborhood. BB 191 rezoned it from the “K” Unrestricted District to the “H” Area Commercial District.

BB 220 enacts property tax abatement of 95% for 15 years plus 90% for 5 more years on the increase in assessed value due to its renovation. The estimated present value of the abatement is $1.1M. The development even with tax abatement far exceeds the tax productivity targets for the area.

The Romanesque revival Standard Stamping Company Factory building was added to the National Register of Historic Places in 2020. The oldest section of the building dates to 1887 with additions up until 1920.

German immigrant George Wiegand founded the Standard Stamping Company in 1881 after several years operating a tin shop in the city.13 Born in Neuhaus, Havover in 1833, Wiegand immigrated to the United States when he was nineteen years old. At first, Wiegand worked in New Orleans, but ultimately, he chose to settle in St. Louis.14 After a stint working at the United States Arsenal, where he worked in metal shops, Wiegand apprenticed for five years under A.C. Hull before opening his own tin shop in 1857. Wiegand took leave to serve in the pro-Union Home Guards during the Civil War. After the war, Wiegand’s shop trade steadily grew, along with his own capital, and he reorganized it 24 years later into a larger manufacturing company originally called the St. Louis White Enamel Company. Renamed the Standard Stamping Company, the company undertook the manufacture of tinned, galvanized and enamel ware and sheet metal goods.

In 1887, the Standard Stamping Company built its own custom-designed factory on North 2nd Street and by 1892 would add an addition to the factory. Although Standard Stamping Company did not compete with the St. Louis Stamping Company in the realm of patented innovation, its economic stature was not of a lesser register. Prior to building the new factory, the company reported a 100% stock dividend in 1886, for instance.22 The leaders of the company rose in civic stature, too. Company vice president Perry held a seat on the prestigious St. Louis Merchants’ Exchange by 1885

The area is a bit isolated since I-70 severs it from Old North St. Louis. Great Rivers Greenway hopes, with considerable philanthropic funding, to add the trestle as a spur of the Mississippi Greenway. The conversion of 2000 N Broadway could be a catalyst for further development in the area.