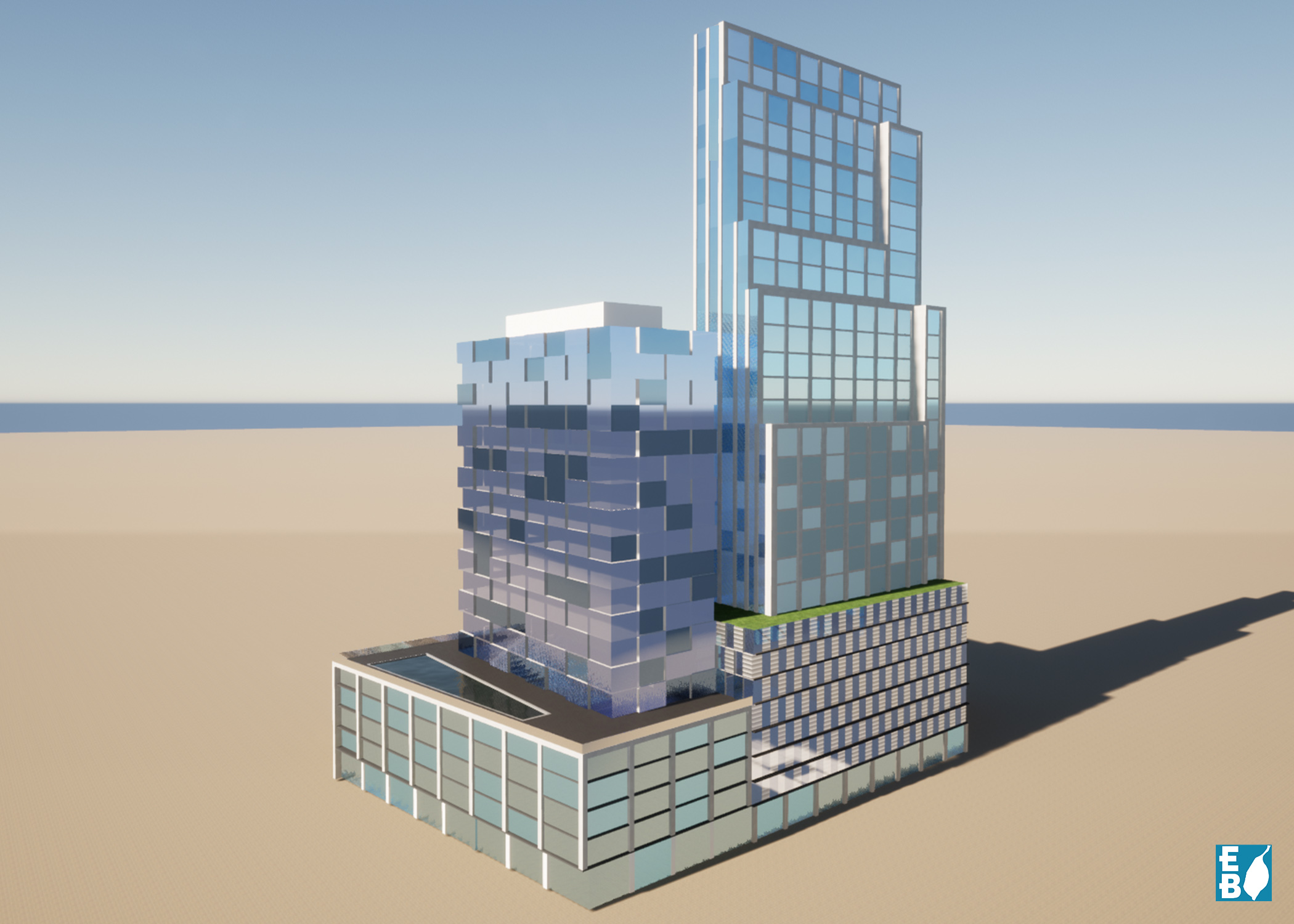 St. Louis: a declining city plagued by failed potential, poor leadership, and empty promises. Once the gem of the west, decades of disinvestment, urban renewal, and white flight has left the city a shadow of its former self. Now, 70 years have passed since our population peaked at 850,000, and we find ourselves at a pivotal turning point in our city’s future. With companies relocating into our central corridor, the housing market booming, and investment occurring north, south, east, and west, it is time to recognize our prior grievances, stop asking what St. Louis could’ve been, and start asking what this city could be.

For decades, urban renewal has ravaged the city of St. Louis, continuing to have major ramifications to this day. Although we have a long way to go in terms of breaking down social and economic barriers, strategically targeting gaps in our urban fabric will carry a lot further than one might think. Here, I have compiled a list of six conceptual projects from which we might move forward as a city, riding this explosive wave of revitalization.

Here’s a two-phased mixed-use development concept for the parking lot at Euclid and Lindell. Consisting of two highrises and a garage, this development uses inspirations from One Hundred and the Chase to better tie in with the neighborhood.

The first phase of this project consists of constructing an 8-story, 600 space garage accessible by alley in addition to a 20-story, 225-foot tall mixed-use highrise. With wrap-around retail space on the ground floor, floors 2-5 would be class A office space, with the remaining 15 being apartments. An amenity deck can be seen on the 6th floor with a pool and views of the Central West End. The contemporary design is meant to play off of Studio Gang’s One Hundred with a parametric glassy façade. The cost of this phase would be around $70 million.

Just west of Phase I, a new 29-story, 370-foot tower consisting of office, hotel, retail, and residential would be constructed at a price of $110 million. This modern spin on the classic style of Art Deco would play off another CWE icon, the Chase. With a series of step backs and outdoor terraces, this highrise would bring further density to our skyline while adding another icon in it of itself. With ground-floor retail on a newly constructed pedestrian plaza along Lindell, floors 2-7 would house more class A office space. Additionally, Floors 7-14 would be home to a 5-star hotel, while the remaining 15 would be luxury condos. Like Phase I, there are numerous amenities, including a pool, gym, massage parlor, and screening room.

With the incoming MLS stadium and a newly renovated Union Station, there is no question that Downtown West is heating up. Several projects are currently in the works within the neighborhood’s boundaries, including a new modern midrise at 1800 Washington. Here I present the concept of another modern midrise on what is currently a parking lot at 1523 Locust.

Within a short walking distance of Washington Avenue, the St. Louis Central Library, and destinations such as Soldiers Memorial and the Gateway Mall, this 7-story, 82-foot tall structure would bring 55 apartments to the neighborhood. Ranging from micro-apartments to 2-bedroom units, this $20 million development is just one of many that should be built on surrounding lots and parking structures. With 6,000 square feet of retail space and a 60-car underground garage, this concept should be seen as the staple for all similar infill.

Locust Street and Washington Boulevard from Grand to Jefferson are both loaded with potential. Over the last decade, this particular stretch has seen an influx of rehabs and new businesses filling the once rotting real estate. Although restaurants and shops along the strip remain prosperous, it is no doubt that this neighborhood is missing something important: permanent residents.

Holding an integral role in the connection of Midtown and Downtown West, the introduction of single-family row homes to these strips would add both density and year-round consumers. If done right, infill on this stretch, mixed with ongoing rehabs, could do big things for Midtown as a whole.

The fourth envisioned development takes us to South 4th Street, an area that I believe is ripe with potential. The plan proposed here calls for the redevelopment of the existing structures on the 740 block as well as the construction of a new retail building at 741 South 4th.

In my opinion, this area holds St. Louis’ key to a vital link between Downtown and Soulard. In addition to these developments, 4th would be shrunk to one lane in each direction, allowing for sidewalks to be significantly widened as well as a structured bike lane to be added on either side. Far too long has this area of town been overlooked, and proper execution of this proposal would inevitably lead to a more prosperous CBD.

As we all know, St. Louis has a lot of riverfront real estate. However, due to the Mississippi’s unforgiving flooding as well as decades of urban renewal, St. Louis has seen almost all connections to this colossal water-way severed. European cities founded along rivers have developed great spaces for pedestrians and bikers that overlook the water, and a similar concept can be brought to the Near North Riverfront.

With direct connections to the mighty Mississippi, this park would be among the region’s most visited places. Home to everything from basketball courts, tennis and pickleball courts, indoor racketball courts, a food hall, as well as a 2-acre white sand beach, this public space would help bridge the existing disconnect between downtown and North City. Alternatively, this park could be built in combination with the Founders District Masterplan, adding a much-needed anchor for the apartments and office space they envision. This area would help fuel rehabs along N. Broadway and transform the neighborhoods immediately surrounding Near North Riverfront.

Modeled off of Streets Beach in Brisbane, Australia, a 735′ by 120′ white sand beach would anchor the north side of this park. With controlled temperature and active filtration, this unique spin on a public pool would quickly become a destination across the midwest area, spurring business and commercial growth.

The final concept I present brings us to the face of our region, our Central Business District. Although Downtown has seen unprecedented residential growth in the last two decades, the neighborhood has struggled following the mass abandonment of corporations mixed with competition from the western suburbs such as Clayton. Although this is slowly shifting, it is essential to bring residents to this part of town in order to promote business growth as a whole.

The development area, the Old Post Office Plaza, has surged in the last 20 years, with just one structure remaining without plans for redevelopment. This proposal would be constructed in two phases at a total of $80 million.

Built on the recently completed “Hotel St. Louis” parking lot, this phase includes an 8-story, 110-foot tall mid-rise in the heart of Downtown. Dubbed “OPOP Apartments,” amenities include a heated pool and deck, below-ground parking, and an optional membership to the YMCA at MX. This phase of the project would cost $20 million and bring 60 luxury apartments to the area.

Just across the street from phase I, the Ambassador is a modern highrise on the site of the late Ambassador Theater. The tower portion tops out at 235′ and is comprised of 130 apartments ranging from 750 to 1000 square feet, 50 of which are designated low income. A 27,000 square foot, 110 space parking garage is attached for residents. Due to its proximity to the Convention Center Station, this phase would be classified as a TOD or Transit-Oriented Development.

Amenities include a gym with a steam room, a pool, and a rooftop patio that can be reserved, none of which are pictured. The total cost of this project after land acquisition would be around $60 million. To give the nod to the site’s heritage, a neon blade sign with the name “Ambassador” would be fixed to the corner of the parking podium at Locust and 7th. There would be wrap-around ground floor retail, as well as a 24/7 lobby and seating area.

As this article wraps up, it is important to reflect on what has gotten St. Louis to the state that it is in now. This city is exceptionally divided, and developments like that above move to stitch together our broken fabric little by little. Our divisiveness begins to resolve itself naturally by disrupting physical barriers such as seas of parking, highways, and boulevards. While I am by no means an architect, urban planner, or civil engineer, it is essential to recognize paths that can be drawn and steps that can be taken to aid in this recovery. Together let’s look to the future of our city with hope, fervor, and optimism. 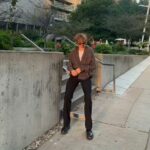