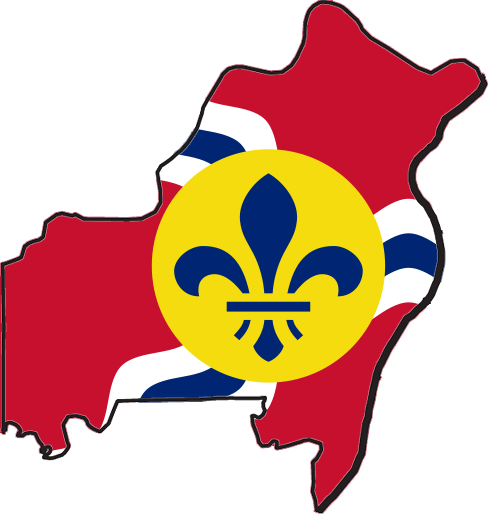 I cobbled together some quick thoughts on the Better Together effort on the precipice of the plan going public on Monday, February 4th.

I finally got around to reading the report. My procrastination allowed the dust to settle and let me absorb the first opinions from the media and local government voices. So far the world has not ended. I mean sure, there are already those who would lose their patronage and bloated/duplicative municipal jobs who’ve come to the table with alternate plans. Chesterfield has stepped up to secede from St. Louis County and go it on their own. Des Peres claims they’ll we worse off. Florissant’s history will be eradicated and it will be left in shambles. But, no see-through walls have been proposed along Skinker. No chants of racism, no threats of violent protest.

Everyone is talking. Exciting times.

Now that the plan is public, I’ll break down my initial thoughts on this round one proposal. Why round one? Because, while I appreciate the work product, we (the electorate effected) need to push the napkin back across the table. Remember the first MLS proposal? It strapped St. Louis with all the debt and left the cities and unincorporated areas in the suburbs out? Yeah, we kicked that to the curb and got a better proposal.

That is (I think) how good democracy works and the core of negotiation. The first offer is always the most self-serving. I think we can do better.

This simply isn’t good enough, as an idealist. But that doesn’t mean I won’t end up supporting it when it comes to a statewide vote. Silver bullets don’t exist, and this is not different.

We have to do SOMETHING, right? Why let perfect be the enemy of good. If this plan is a first step, I suppose, it is worth supporting. What if this is our generation’s only chance to enact real change for our region?

This region, specifically St. Louis and the County, with its 88 or so cities and acres of unincorporated land needs to shake things up. We need radical change. Sweeping change, not incremental change. We’re too far gone for that lazy action.

A citation from the BT report:

As a 2015 Washington Post article states, “The case of St. Louis quickly comes to mind as a good illustration of the phenomenon, examined in a big new report from the Organization for Economic Co-operation and Development, of what happens when otherwise intertwined metropolitan areas slice themselves up into tiny pieces. Fragmented government, in short, makes entire metros horribly inefficient. It hamstrings their ability to solve collective challenges. And it costs them economically, too.”

The disparities run deep. And a leveling of the playing field is needed. Doing nothing is a curse to repeat history…a history that hasn’t served us all well. Some, not all. We need to consider us all. What is good for US?

The appendices within the report make case after case of the cost this brand of government, policing, law enforcement and a patchwork of municipal courts has on a the various people in the region.

It’s not hard to persuade or make a case that we need to do better. You don’t really even need complicated statistics. The numbers don’t lie. The county is bloated and inefficient. It is obvious and you can see it with your own eyes and experiences.

Each of the 88 cities are different and has their own way of doing things. St. Louis is radically different from those 88.

St. Louis itself is equally dysfunctional, rife with nepotism and incapable of delivering basic services. We are improving, and there are signs of hope (always), but we need the minds, hearts and dollars throughout the region to take us to a better future.

Think about the radical disparities in so many areas.

Much of this is discussed in the BT report, making an undeniable case that what we have now is a mess and radically inconsistent and inefficient.

Let’s consider the vast disparities in policing styles and priorities across the region.

On one hand you have small North County cities that over-enforce and ticket the people to raise money to run the city. The small town courts back this practice up by collecting as much money as the can to pay their bills.

On the other hand, you have decent service where if you call the cops for a nuisance crime, it is actually addressed. In St. Louis neither happens.

I have a friend in an inner-ring suburb who said on two separate occasions, he had a policeman knock on his door and warn him his garage door was open. That will never, EVER, happen where I’ve live in St. Louis across several neighborhoods.

In St. Louis we have bigger problems, deep problems, that have broken my trust over and over in the twenty years living here. From heroin dealing to covering up their own crimes, to doing NOTHING when called, to laughing at constituents to shooting each other to just straight up screwing around and not doing their jobs. Beating up innocent people, press and other under-cover cops, it’s troubling and scary. Google it, it’s all there. Everything I’ve mentioned above has happened recently. This is a cultural thing. I’ve never felt the cops are “in it with us”….us being those that want the city to improve and be a good place for all. A place that respects those who’ve stuck it out and a place that attracts new, different minds and bodies.

And St. Louis is one of the accredited departments, per the BT report 75% of the police departments in the St. Louis region were not accredited through either of the recognized entities in the State of Missouri.

Ever notice the difference in decorum in the regions two “downtowns”? Clayton, MO and St. Louis, MO? Drastically different places, priorities and tolerances for crime and horrible driving.

Something needs to be done to provide acceptable and just policing across our region. Above all we need CONSISTENCY. A call to the cops in Chesterfield needs to have the the same level of service as St. Louis or Wellston or Marlborough. We have to serve and protect ALL neighborhoods and cities, not just some.

It’s not just the cops. The city is strapped for cash and isn’t staffed and run well enough to provide the most basic services constituents across a small city of <300,000 people expect. Trash, Collector of Revenue accuracy, streets, parking enforcement, park upkeep….I hate to say it (and I usually stick up for St. Louis), are horrible. They can’t get the basics right. Not even close. Excuses abound, and nothing changes.

We seem to have hit rock bottom with our city. Staffing and hiring is a serious problem, but I’m sure funding is a close second or even first problem.

We need to speak as one. We need the old-money power players in the suburbs to want to help St. Louis as a whole. More than fundraising for vanity projects, we need money and investment in crime reduction, education, quality housing, diluting concentrated poverty and neighborhood rebuilding in St. Louis and the inner suburbs.

We need to say we. We need to say “St. Louis needs this” and then throw our collective resources, money and brain power behind it. We can accomplish great things when we work together. Look at the Zoo Museum District. We can have nice things if we pool and share. No more walls.

We need the county resources and money. We need their voice in voting and paying for consistent services across the region to raise the area up. They need us (St. Louis neighborhoods and citizens) to be the face of the region. A glowing, diverse, attractive, historic, vibrant, dense, happening place. A place to attract young people, a place to retain families and a place to BE!

The quiet, leafy, lawns and sprawling suburbs can keep their way of life and we can elevate the old dense, urban, beautiful city…together. We can rebuild it the way we want it if we pool our resources and elevate the long forgotten pockets.

We need schools that are funded at the same levels across the entire region. Let the local districts spend that money in the best way that suits the various needs of an area. We all need to start with the same pile of money to build and run our schools.

We need a flat property tax rate across the region. We need the same sales tax. We need to get rid of the 1% earnings tax that is seen as poaching vs. funding from people who work but don’t live here. We need to remove the tax question across the region. A business or homeowner needs that level of complexity removed. Incentivizing Centene not to build in St. Louis and choose Clayton with TIFs, tax and property deals has to end. One tax. One city. One public service provider. Once police department, one fire department, one court system.

Until then NOTHING WILL CHANGE.

Crime and education funding disparity is the black eye we all carry around. Some wear make up, others can’t afford the lipstick. Until you address these two head on, you get nowhere as a region. The needle on concentrated poverty will not move until these two are on the top of every list.

So where does this first round plan from Better Together leave someone like me with concerns I’ve outlined above?

I’ll break that down in two subsequent posts. First the positives, then the items that we need further discussion and improvement.