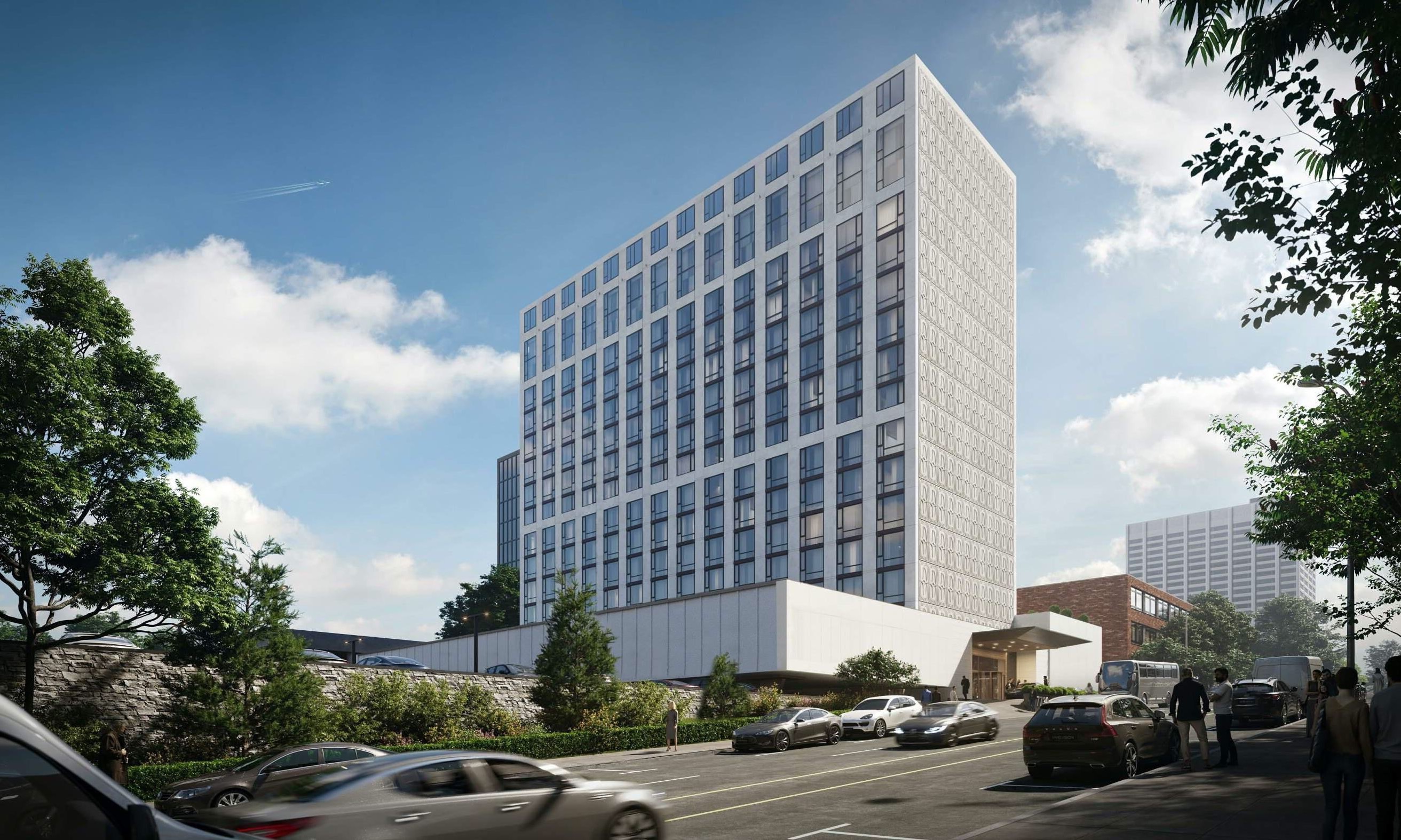 With less restrictions on land use, local companies expanded and new companies moved in and by 1957 height restrictions were abolished. In 1965, 7730 Bonhomme was developed as the Colony Motor Hotel, the tallest building in St. Louis County at that time.  Since then, more than 20 buildings taller than the Sheraton have been constructed.

A Post Dispatch clipping from the March 21, 1965 says, “The building is of reinforced concrete construction with sculptured concrete front and back walls extending the full height of the building. This is said to be the first bold application of sculpted concrete in the St. Louis area.”

Today the property has new owners, SilverWest Hotels, who have submitted plans to the City of Clayton for a $19,800,000 renovation to the Marriott branded Sheraton Clayton Plaza Hotel. The proposal for the hotel, designed by HOK, is extensive.  Inside, all 259 guest rooms will be renovated along with the public areas, lobby and storefronts.

From the ground level the property will receive an entirely new facade, drop off area, windows and landscaping. And on the rooftop, the enclosed pool will be removed and replaced with an all new outdoor pool and pool deck.