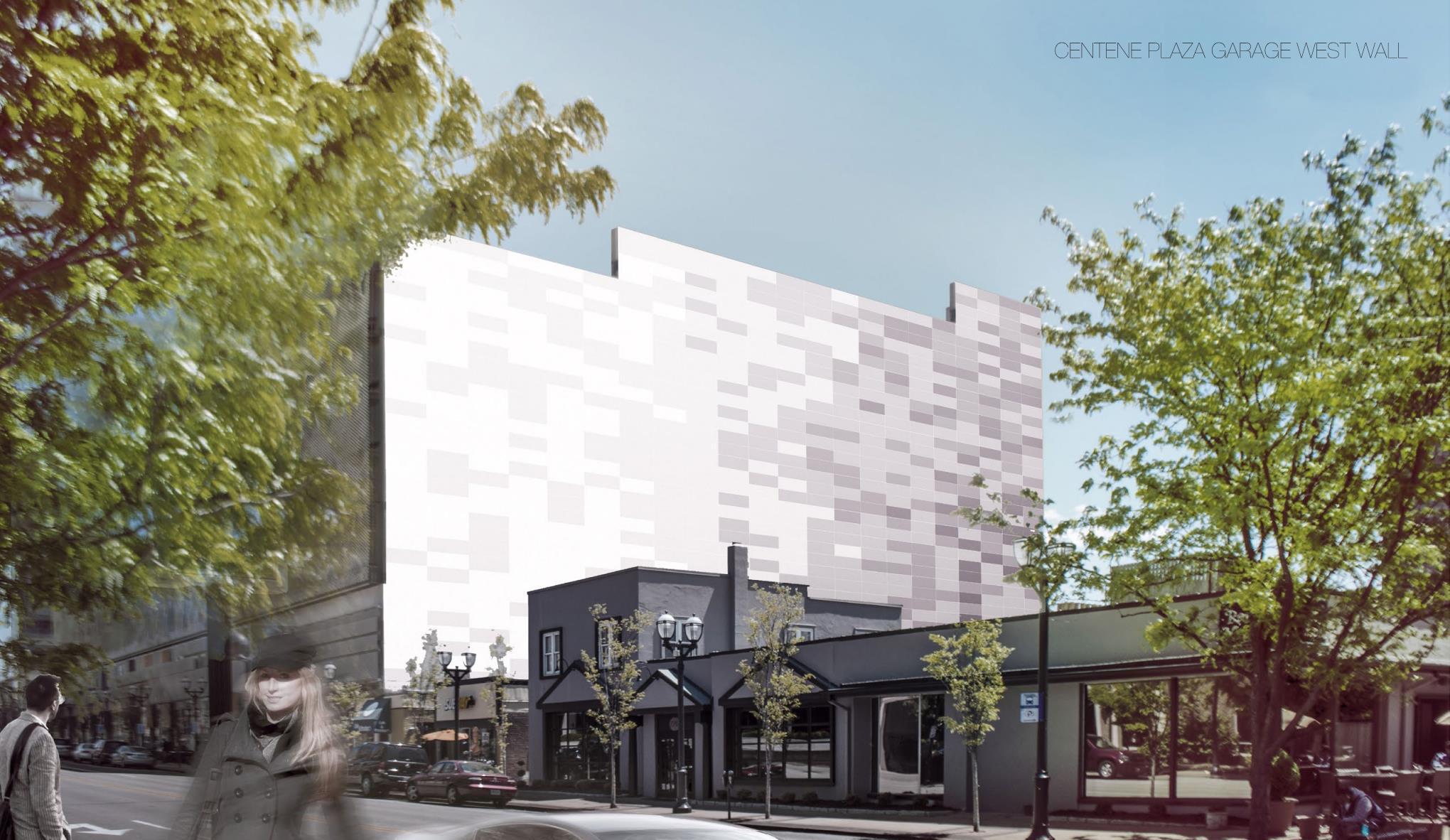 Centene recently submitted plans to the City of Clayton to enhance the west wall facade of the existing Centene Plaza garage. Original plans, approved by the Architectural Review Board in 2010, called for a decorative wind veil to wrap around the east, north, and west elevations. However, the garage was constructed with the west facade left unfinished. Multiple appeals to the City to remove that requirement have been denied. Per the appeal documents obtained by NextSTL, the wind veil treatment that adorns the east and north elevations “features moving stainless steel panels and cables that create a watery ripple effect across the facade when activated by the wind.”

The new mural will be painted in place of the approved western elevation wind veil. firm, BatesForum, was commissioned for mural featuring a gradient square pattern with 5 variations of gray. Total cost for the project is $85,000.