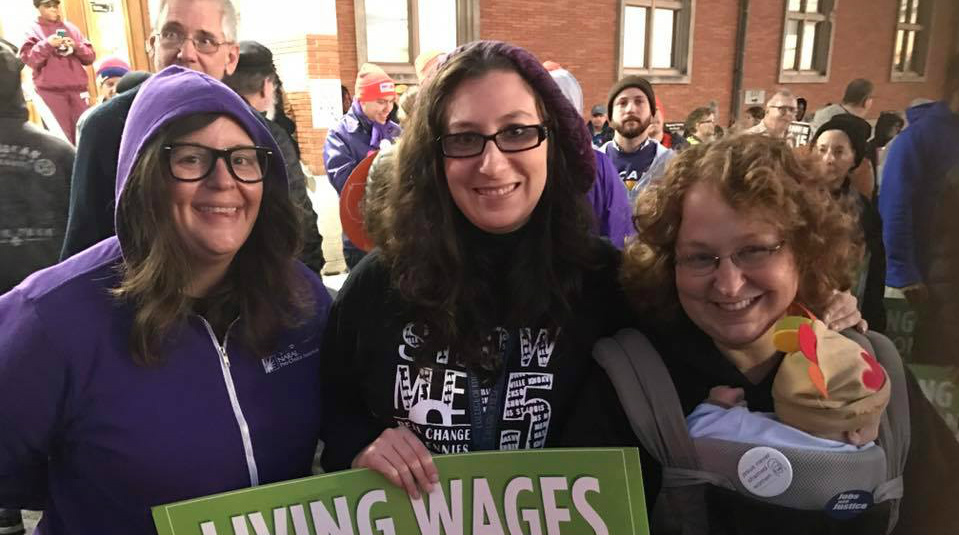 Editor’s note: Opinions expressed in this piece are those of the author. Constructive and respectful feedback is encouraged in the comments section below. NextSTL has invited each candidate for President of the Board of Alderman to write an editorial. ﻿﻿

St. Louis has silver bullet project syndrome. From our fourth effort at building or renovating a sports stadium in three to efforts to privatize our airport, one thing is clear: St. Louis is obsessed with chasing big projects that will “save” our City in hopes of putting us back on the map nationally. The truth is, though, that there is no one project, no matter how big, that will “save” our City. It has been a culmination of many short-sighted choices, made at the behest of mega-political donors, that have left our City on faulty financial footing. It is going to take a different type of decision-making, that looks long-term, to redevelop our City in a way that works for everyone.

Both the efforts to privatize our airport, and to build a new MLS stadium are just the latest examples of  St. Louis’ willingness to bend to the whims of mega-political donors, and its failure to think long-term. From day one, efforts to privatize our airport have been set up by political insiders for political insiders. It’s easy to conclude that the fix is already in when the consultants contracted to study airport privatization only get paid if the airport privatizes, and our current President of the Board has introduced a bill to discuss how the funds from privatization will be spent, before the study is completed and a contract for privatization has even been signed. While it’s true that a sudden influx for cash into the City could help us do things, like meeting our pension obligations, it is still a short-term solution. Once again, we are kicking the can down the road, rather than actually addressing our issues.

Similarly, the City of St. Louis stands to lose, whether or not an MLS team is successful. Currently, we are in year 10 of economic expansion. Most economists agree that the United States is headed for a recession which will cause discretionary income for things like sports to dissipate. This, coupled with the fact that the MLS is on questionable financial footing, means that we are assuming great financial risk, including a second vacant stadium if the league goes under. On the other side, if the team is successful, the ownership group has already planned for two expansions to the stadium in the next 15 years. With City ownership of the stadium, it is likely that the ownership group will seek bonds from the City to pay for these expansions. Just last year, the City had our credit rating decreased after approving bonds to upgrade the Scottrade (now Enterprise) Center. The City will still be paying on these bonds when the expansions occur, setting us up for yet another credit downgrade. Each time our credit is downgraded, it becomes more expensive for the City to borrow money. Short-sighted decisions have long-term implications.

Trickle down economics doesn’t work. Trickle down development doesn’t either. So why does our current city leadership continue to chase these projects? The answer is money. We know that nearly 60% of campaign donations to local elected officials come from developers, consultants and attorneys who profit from these projects.  We cannot continue chasing silver bullet projects, at the behest of billionaires, in hopes that the riches will trickle down to the masses. It’s not working, and it’s time to think longer-term.

Just last week the Minneapolis City Council approved a 2040 plan that is designed to manage growth there for the next 20 years while undoing long-term effects of racial segregation. St. Louis should take note. The Ferguson Commission details many of the changes we need in City government. We should use this as a blueprint to create a long-term City plan with benchmarks and timelines for implementation. We can move from our current development system, which is driven entirely by developers, to a community-driven system that plans based upon the needs of residents.

Let’s put St. Louis back on the national map. It won’t happen overnight, and it won’t be because of one project. Let’s do the difficult work of confronting our problems head on, think beyond election cycles, and eliminate the influence of big money in our political system that keeps us chasing silver bullets.

Megan-Ellyia Green is the 15th Ward Alderwoman for the City of St. Louis. A past Coro Fellow, she earned a Master’s Degree in Educational Leadership from St. Louis University and is in the final stage of completing her PhD in Education Policy. She was elected to office in a special election in October 2014 and later re-elected in March 2016. She is currently running for President of the Board of Alderman.