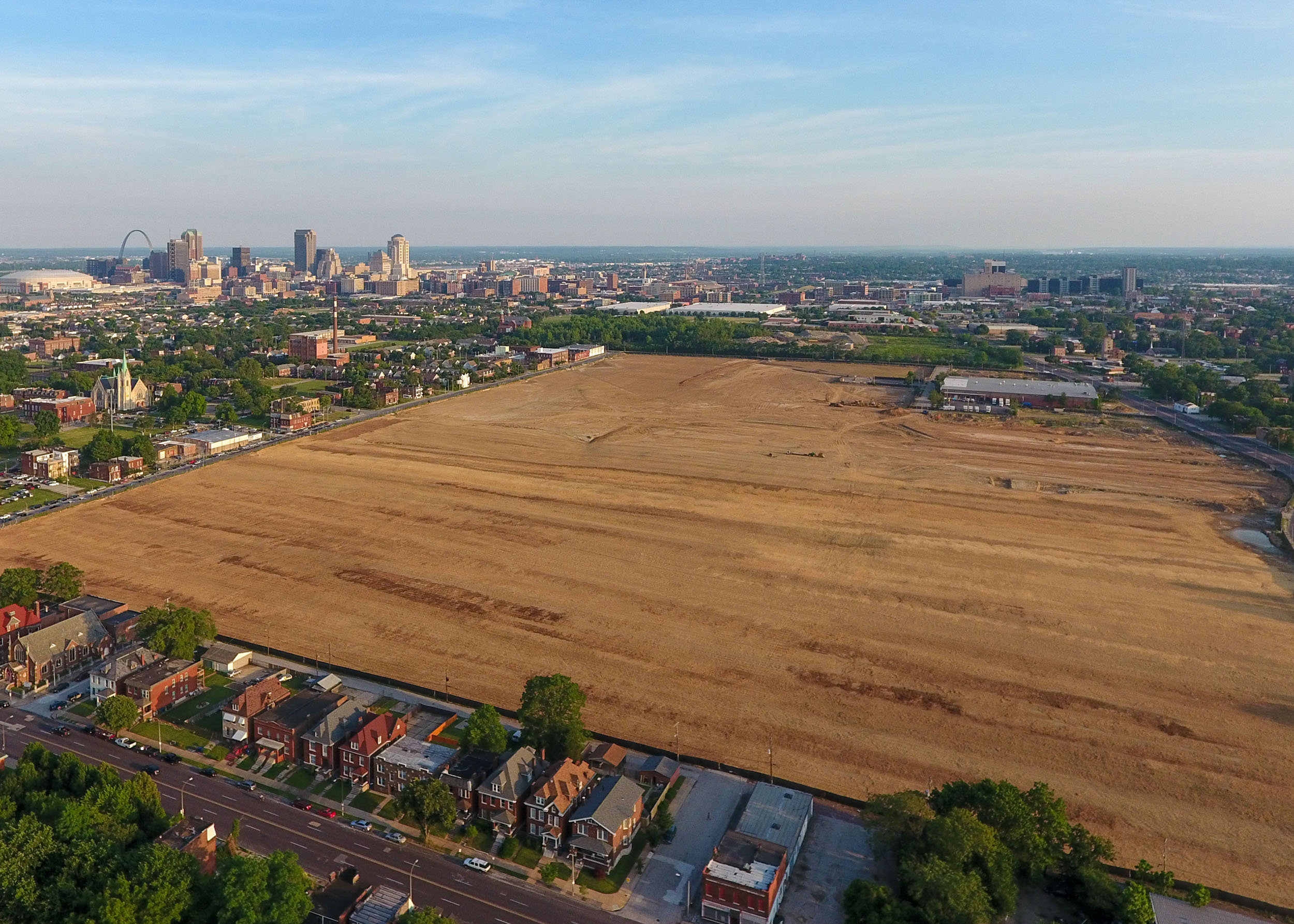 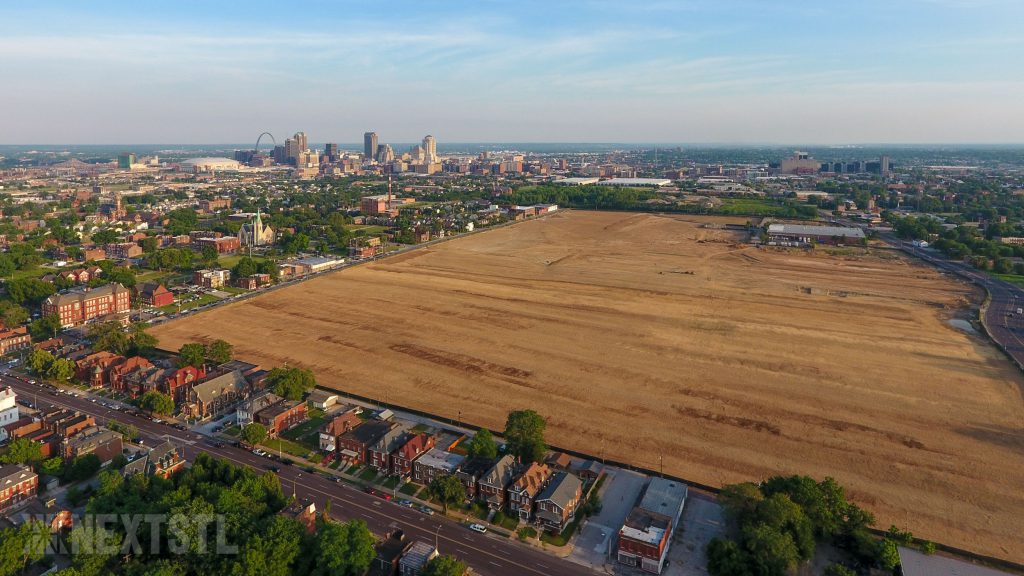 As the wheels come off St. Louis’ most infamous urban renewal scheme since Pruitt-Igoe — Paul McKee’s Northside Regeneration – elected officials may end up learning the wrong lessons. The possibility of fraud casts McKee as a villain who betrayed the public trust and must be punished immediately. Unfortunately, that story line will only allow something like this to happen again, because it tosses out McKee but not “McKeeism” – the long-time political consensus that the interests of private developers and political elites are more important than people whose lives are affected by political decisions.

A narrative in which a single developer is a villain excuses the elected officials’ own negligence of the interests of people who live within the Northside Regeneration footprint, most of whom have opposed the scheme from day one. If Northside Regeneration is a moral crime because it may have profited from fraud and then never built Springfield its promised monorail, then almost no morals may be left in the river city.

Northside Regeneration held an area larger than Forest Park hostage for years, diverted public resources from other north side neighborhoods, led to the mass relocation of perhaps thousands of people, entailed a reign of arson, brick theft and “shock doctrine” terror, caused the loss of many historic buildings and precipitated the forced eviction of over 100 black households from north St. Louis, and relied on a narrative that north city was so destitute that it needed a white savior. Those are just the things that politicians now kicking McKee seemed to think were completely acceptable, so long as they generated jobs and “development.”

The easiest thing politically now is to resuscitate business as usual, which means that McKee is a necessary political sacrifice. The Board of Aldermen should quickly pass the resolution by Cara Spencer (D-20th) calling for legal authorities to investigate McKee’s operations for possible criminal activity. Then it should go further and examine how so many of its members could ever have fallen behind a project that residents, the St. Louis Circuit Court, scholars and bankers all thought was unwise as a public investment. Spencer has been one of the few consistent voices on the Board for undoing the McKee morass, recently pushing through a bill to force McKee to pay the same property code fines that her constituents face.

Many other legislators at the city and state levels may also join in denouncing McKee now, but the public should see whether words against a single unpopular figure are matched by votes in favor of policies that avoid future debacles like Northside Regeneration. McKee may be down now, but he was up just a few years ago – so many could excuse their disservice to affected residents through McKee’s pie charts and promises of jobs, parks and urban nirvana.

The triumph of the Distressed Areas Land Assemblage Act in the General Assembly in 2007 was the result of legislators privileging an elite actor and prolific donor rather than anyone directly affected by the activity the state was poised to incentivize. Same for the Board of Aldermen’s quick passage of the Northside Regeneration redevelopment rights in 2009, 25-2 (only former Alderman Antonio French and current Alderman Terry Kennedy dared oppose).

Yet Northside Regeneration prevailed even after it failed to meet all of the terms of its development agreement named by the city’s letter last week. By the time that the Board of Aldermen considered mortgaging a public building to purchase land from McKee for the NGA project, McKee had already failed to demolish and rehabilitate buildings named on lists, to build anything in his first phase, to pay taxes timely and to maintain his vacant land to agreed conditions.

Yet the mortgage made it through the Board of Aldermen because a new narrative – that saving the NGA jobs was what would really be funded – emerged. Never mind that the redevelopment agreement promised residents of the same neighborhood infill houses around their dwellings. The elites knew better – a kind of better that allowed McKee to pay down debt and live another day. Again, those offended by enforcement of the redevelopment agreement last week were quiet about the same cause then. Many members of the Board of Aldermen seem to only have empathy for the political elite, even when those people are clearly not trustworthy. Empathy for poor people facing eminent domain – for which “that’s too bad, they are in the way” is no substitute — seems too hard for people who rely on those same people’s votes (or, in the sad case of many low-turnout wards, on their non-participation).

Perhaps the most astute summary of the city’s decision to hold Northside Regeneration in default of its redevelopment agreement came from usual McKee supporter Alderwoman Tammika Hubbard (D-5th), who told a reporter that the situation now is a “complete sh-tshow.” Indeed, pushing McKee off a political cliff will do nothing to turn the situation around, but it may redeem the reputation of political bodies that have turned deaf ears to the people of St. Louis.

To avoid any future “complete sh-tshow,” here are some suggestions for how the city should approach redevelopment agreements:

• Drop the rhetoric of crisis. We hear the inane call of “but for” this development or that, the city won’t gain jobs, residents, tax revenue, solve vacancy, etc. Any project where private profit is on the table exists to make money, not to solve public problems. We elect leaders to solve those problems, and they need to stand up for larger political goals and leverage development for that – not let developers push over government to reap bigger rewards. The actions of many elected officials stem from only knowing one way to think about urban development, as using gentrification to “fix” supposed crises.

• Allow real public process to unfold. In 2009, the McKee deal was steamrollered through the TIF Commission and the Board of Aldermen. Meetings were perfunctory, held in small rooms, and used solely to check boxes. Public input should be grander than standing at a microphone saying “nobody asked us.” That’s what it is when people realize that the real decisions are hatched among insiders, and that their very own Board of Aldermen is invested more in protecting privileged interests than in responding to what people want.

• Never monopolize a large-scale redevelopment area. Any project larger than a few acres should be in the hands of a wide array of stakeholders, and should have resident representation in governance. A single capitalist should not control the fate of 1,500 acres of – or 10 acres – of the city. Most city blocks are less than one acre large.

• Proactively use public planning. Northside Regeneration emerged in a vacuum. The city’s last real comprehensive plan was completed in 1947, making most planning ad hoc – and often developer-driven. With a real chart for the future – and the Fifth Ward Plan of 2000 is not quite that – the Board of Aldermen could evaluate whether proposals like McKee’s really advance the goals of true public policy.

• Promote the growth of the wealth of common people. Public policies around McKee’s development funneled millions into one pocket, and led to hundreds of aggrieved and shattered lives. People lost their homes, neighborhoods, money and sense of security. None received a job or a profit. Don’t forget that the evidence of McKee’s fraud came out in a suit related to the NGA eminent domain – where the city was generally undervaluing non-McKee properties that it was taking through condemnation. Instead of worrying about McKee’s solvency, our government should have protected the material welfare of its people. Programs like Treasurer Tishaura Jones’ Office of Financial Empowerment should inspire new directions for public policy.

In short, city officials had a chance at the outset nine years ago to stand up for thousands of impacted city residents – and most decided to go all in standing up for one man (not even a city resident). Those who think that keeping 28 wards represent a democratic triumph should consider why McKee – and his project that removed population from north St. Louis, making ward loss more likely — so easily benefitted from the current structure. The burden of this choice is not Paul J. McKee Jr.’s. McKee was never the people’s choice.