Back in March 2017, I posted a story about a proposal for a mosque to be built on a current vacant lot along busy Jefferson Avenue in the historic neighborhood of McKinley Heights.

The good news was that a long-standing religious institute and member of the community, Qooba Foundation at 1925 Allen Avenue, had plans to double down on the neighborhood while improving the curb appeal, creating an urban development along Jefferson.

“The fact that the site proposal is a mosque is good news as well. St. Louis has been welcoming to the Muslim community in my experience living near the large Bosnian population near Bevo.  In fact, the only minaret in St. Louis is located in the Bevo Mill Neighborhood. It adds to our soul and interest as a city. As the world evolves, so does St. Louis.

The Qooba Foundation will be nothing but accepted here, just like the Scientologists a block or so north of here and the scads of little (mostly African-American) Christian churches of so many denominations I can’t keep track. Everybody seems to get along when it comes to religion in these parts. There is even a Serbian Orthodox church in McKinley Heights that has one of the best fish fries in St. Louis…they are considered by many to be a pillar of the neighborhood.” -St. Louis City Talk – March 2017

But that’s where the good news hit a snag with the mosque proposal…the site plan proposed was entirely suburban in nature and did not comply with the McKinley Heights historic standards and codes.

Little did I know at the time that the preliminary approval was not some kind of first pass. It was the decision Qooba and the architect needed to get a building permit for the project.

I connected with some folks closer to the proceedings to learn a little more about the backstory of how this happened and also learn from architects how a compromise could be found with a compliant design that meets the historic district standards and the desires of a religious institution. That story was published here in March 2018.

Any thinking individual could draw up a plan that would comply with the neighborhood codes and build something that can add to an urban fabric vs. dragging us down to suburban plans. Here’s just one example:

So this post is the final chapter of the story clearly laying out the players involved who ushered in a massive surface parking lot in a historic neighborhood at a recent decision against the wishes of the citizens who live in the area.

A group of concerned citizens stated their case in front of the Preservation Review Board to appeal the decision on March 26. The Board upheld the preliminary decision and building permit issuance and here’s how this type of site plans gets approved and rubber stamped by the city.

You can watch the full proceedings.:

Sadly I was on a family vacation when this meeting took place and was unable to attend, but all you need to know is here.

This video is a hard thing to watch for so many reasons. The decorum of the board is not something I would say encourages citizen participation. It has an “us vs. you” feel and that is troubling to me if we are to move forward as a city. Elitism is a thing I struggle with, in democracy. If all parties are not respected and welcomed at the table, we have an uphill battle with the status quo. The scent of behind-the-scenes aldermanic courtesy was wafting about.

This is my third and final post on the matter with the intention of providing a list of lessons learned to all those who may want to try and fight poor developments/designs and uphold their historic design standards in front of the city entities in the future. Trust me, you will have an uphill battle.

Being prepared and building your case early will be the key. Get organized and prepare yourself for the powers that be.

Here’s what I learned from this process: 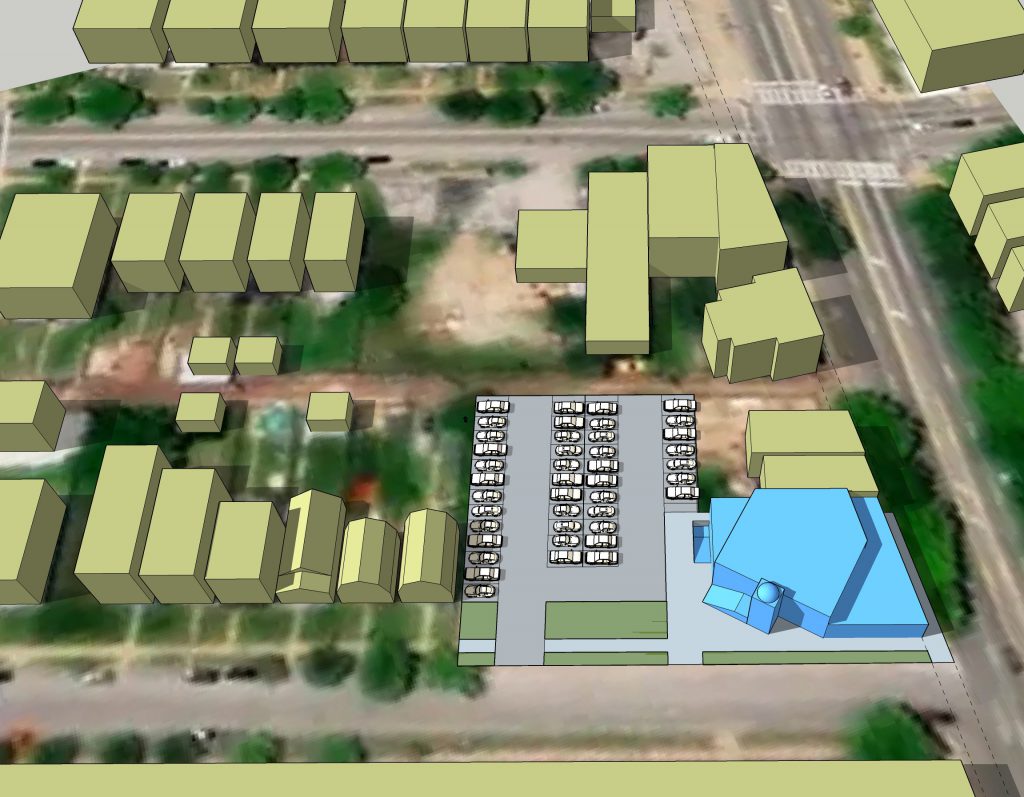 More on this point toward the end of the story…

The people of St. Louis who care about preservation need a consortium of people who can advise on how to approach issues like these where the historic codes as written don’t protect all projects from bad surface parking lots on high profile corners.

So how did the board vote on this particular item?

Chairman, Richard Callow called out 3 yes, 2 abstain and 2 no votes. I couldn’t follow who the 2nd no was. The voting record can be viewed at 3:00:21 in the YouTube video above.

The votes in favor of the suburban design and street-fronting surface parking lot were: Terry Kennedy, Michael Killeen, and David Richardson

So there you have it.

The CRO/PRB ushered in another bad design and this is how it goes in St. Louis.

So it’s easy to call a spade a spade or armchair quarterback from behind my computer keypad. I spent a lot of time trying to document the story of how a historic neighborhood gets suburban plans approved. I think I did that, and I met some good people along the way.

However, I know I can do more to somehow try and cobble together a good memory/outcome from these proceedings as opposed to just cursing the status quo.

Helping future citizen groups understand the process, the sequence of events and how to deal with these boards is something maybe I can help with. They will need all the assistance they can get…and transparency on the players and the process is a good start.

It will take me awhile and I’m not sure I’ll be able to get a member of the Board to talk to me after being critical of the process and to a lesser extent, their actions, but it’s worth a shot.

Next step is to send an email to the entire board for interviews and ideas on how and where to publicize the votes and outcomes; and most importantly, a clear guide of online steps on how the process works and when a citizen or group of citizens can make their cases.

I will share everything I find or am unable to find.

If anyone wants to help dig into this, send us a note and we’ll gladly have you on-board: [email protected]

Cheers to all those who put countless hours into trying to figure out the process, do good by their neighborhood and volunteer time to help try to make the city a better place. Thanks to the several people that shared their story with me on this particular effort in McKinley Heights, I learned a lot and am a better citizen for having learned from your experiences.

Your efforts are never a waste of time. Keep up the fight and don’t let the short-term results get you down.

The next generation can and will do better.