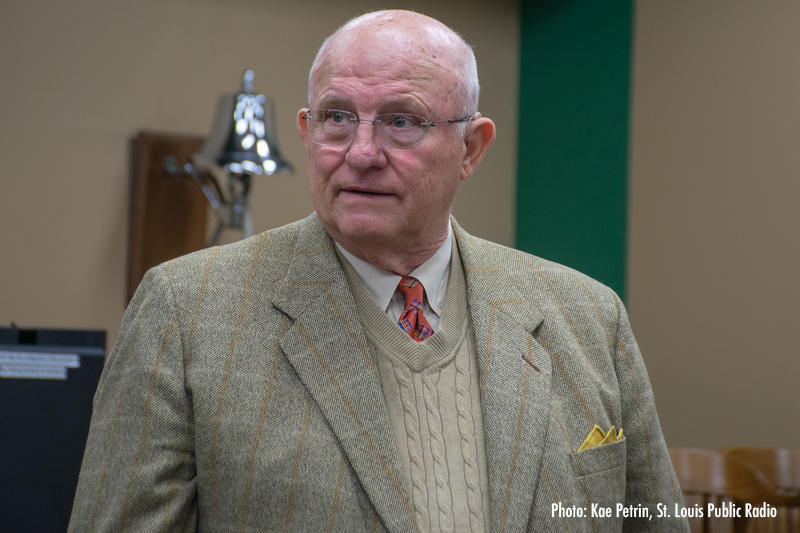 Last week, the Business Journal ran a commentary that described Paul McKee as the “city’s most important developer.” Today McKee was issued a notice of default from the city.

In St. Louis, people love McKee or they hate him. Some say he’s the only visionary the northside has seen in decades; others say he’s a deadbeat speculator. But basic facts have been strangely absent from the discussion. How many properties does McKee even own and what condition are they in? Is it really worse than when he bought them? Until now, we haven’t even totaled the damage.

Since that time, Mr. McKee has amassed a total of 1,697 properties in North St. Louis. And while Mr. McKee himself has done very little for these properties, its not as though nothing has happened to them during that time. Buildings have crumbled, weeds and even trees have grown, and the City has been left to deal with much of it.

Between 2006 and 2010 – the McKee properties racked up a total of $450,000 worth of fees and fines. It was around that time that an exemption made its way into our building codes—granting exceptions for expensive building code violations to properties under “redevelopment agreements.” That exemption was applied almost, if not entirely, exclusively to one developer– Mr. McKee.

Even though the City wasn’t issuing building fines, the City continued to care for Mr. Mckee’s properties because their owner continually failed to. Recently we invoiced Mr. McKee over $30,000 for mowing overgrown lawns. And the numerous demolitions over years have cost the City $300,000 – some of which was recouped from McKee not willfully – but through a lawsuit. The City continues to board up unsecured McKee buildings, racking up several thousand dollars worth of fees – a balance which, as far as I understand – remains unpaid.

That’s not the only the thing Mr. McKee owes the City. As of last week, taxes are still owed on 1,633 of his 1,697 properties. Despite the low tax liability on his properties, many as low as $3.97 a year, Mr. McKee has a delinquent tax balance of over a quarter million dollars.

And all that, for what? – how many building permits has Mr McKee applied for? ONE.

If these were the action’s of the City’s most important developer, we’d be doomed. Luckily for City taxpayers, this could not be further from the truth. People are investing with leaps and bounds in many parts of our City.

I’d say the most important developer in the City isn’t a single developer at all. Its the collection of small developers investing their own money, not state tax credits. Those folks who swing hammers themselves, who wear hard hats, not for photo ops, but to check on leaky roofs and lend a hand when the crew is short a guy. The family who puts on a new deck, does their tuckpointing on time, and (gasp) keeps the gutters on their buildings. The folks who love the City, invest in it, work in it maybe even live in it.