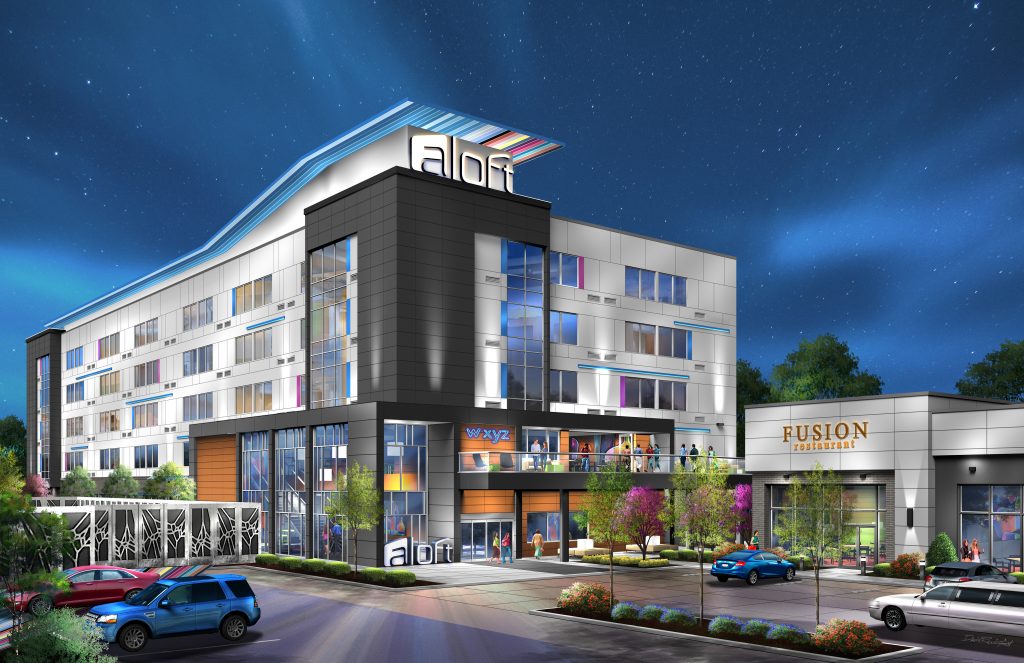 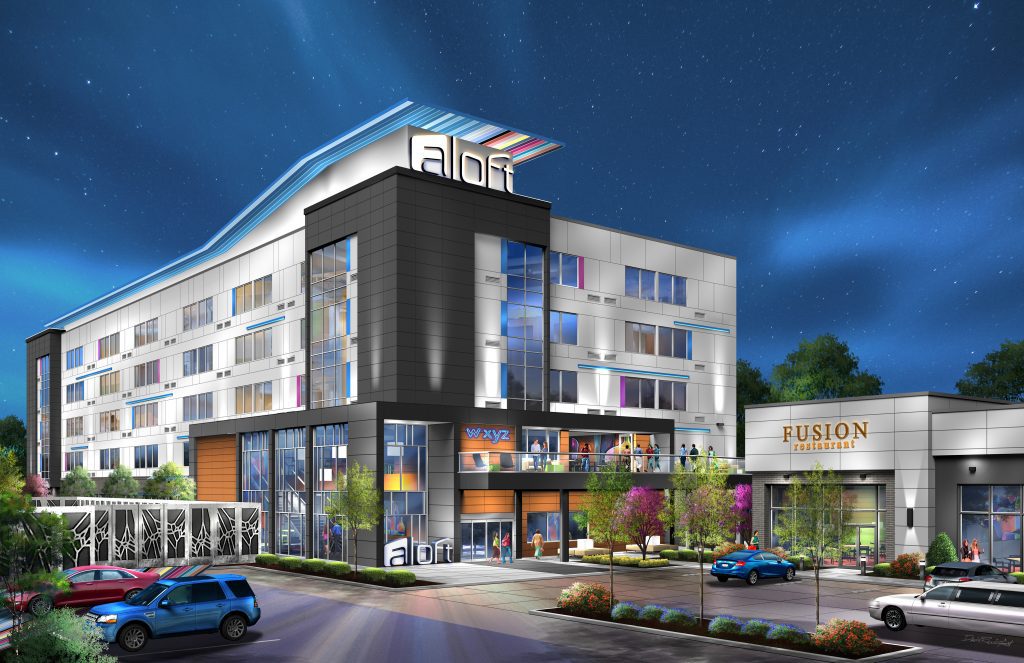 MC Hotel Construction applied last week for a $17,000,000 permit to begin foundation work on the planned Aloft hotel in the Cortex innovation district. Situated between Duncan and Forest Park Avenues, primary access will be from Duncan. The five-story hotel will have 129 rooms and is expected to open in Fall 2019. The Cortex Aloft will feature modern décor in a tech-forward environment. A second-floor WXYZ entertainment bar will open onto a balcony overlooking Cortex Commons. A separate one-story restaurant will front onto Duncan. MC is an affiliate of Maryland Heights-based Midas Hospitality. 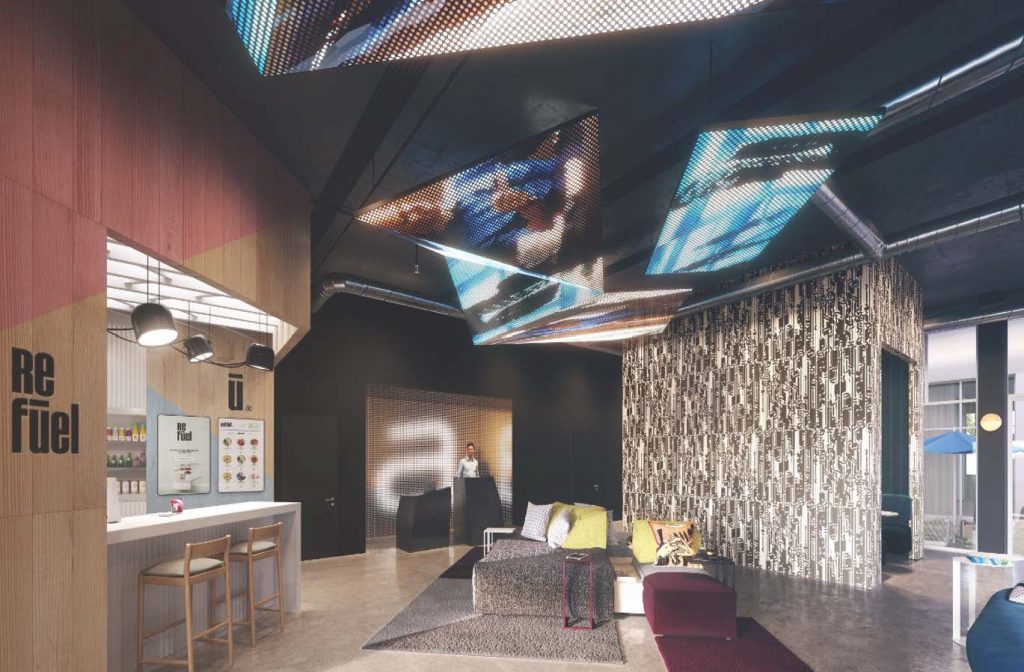 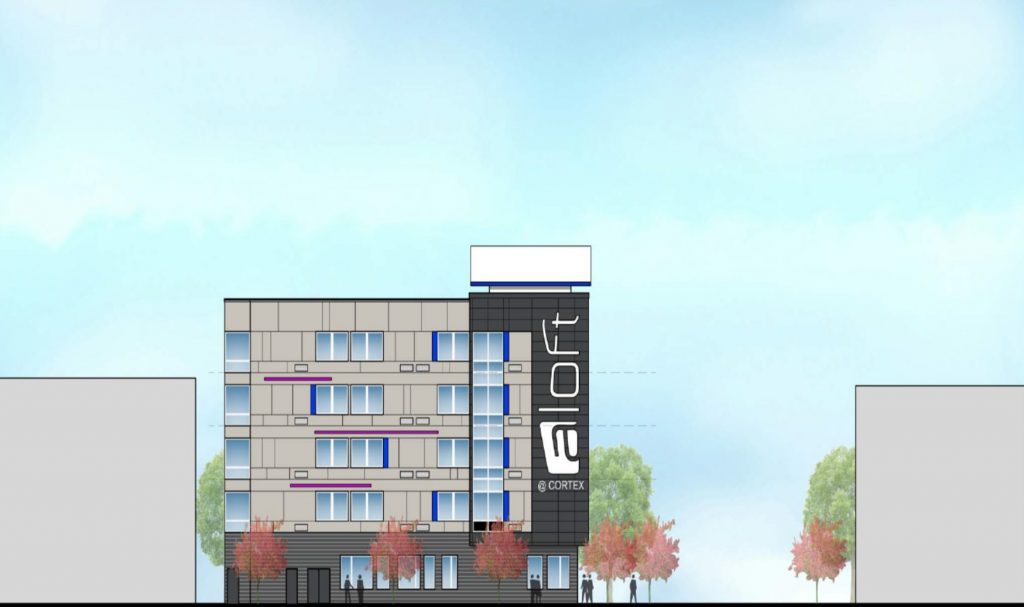 To prepare the site, the district demolished a line of single-story industrial structures at 4235-39 Duncan in 2015. Cortex then razed two adjoining commercial buildings at  4246 and 4248 Forest Park Ave in 2016. 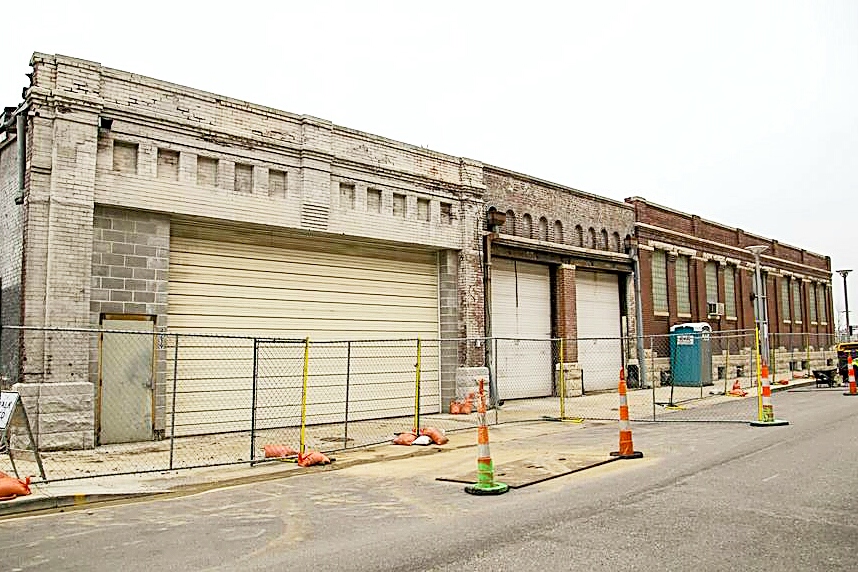 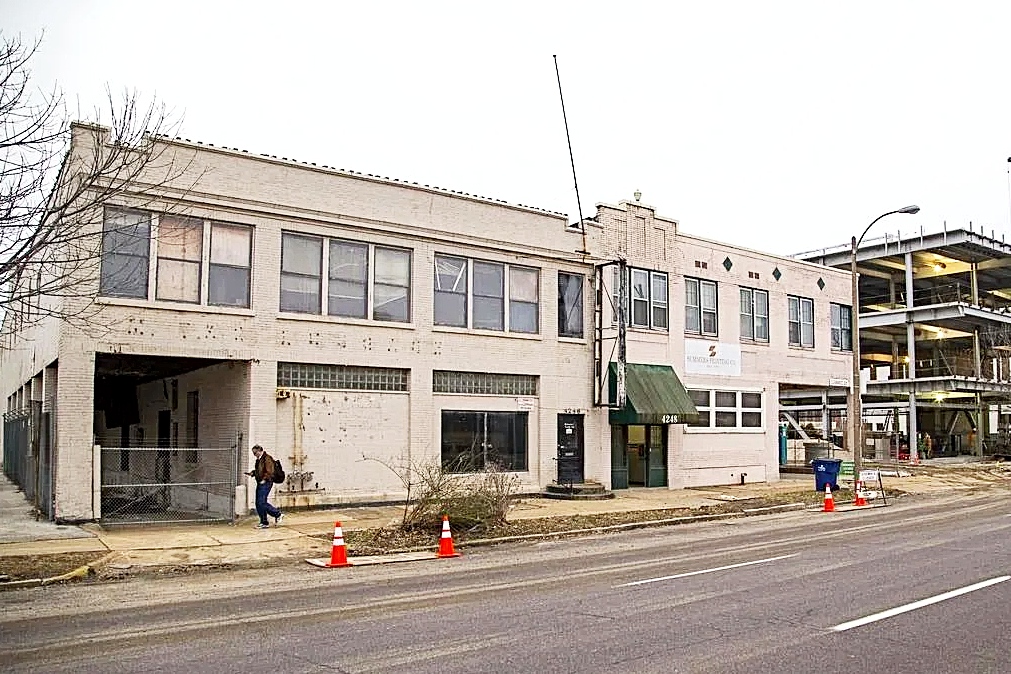 Starwood’s Aloft brand has over a hundred locations worldwide. Midas Hospitality also is developing a $25 million 153-room Element by Westin two blocks east at 3763 Forest Park. MC Construction applied for a $19 million building permit for the 8-story hotel in January. Habitat for Humanity is relocating to 3830 South Grand to make room for that project.