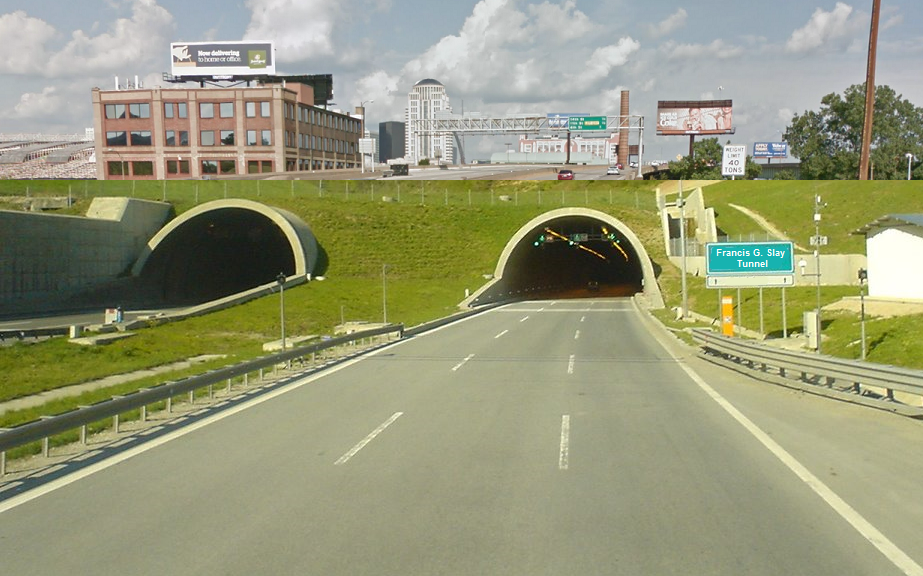 Elon Musk’s Boring Company with partners at USDOT, East-West Gateway, MoDOT, and IDOT held a press conference today to announce a proposal to replace the aging elevated I-64 and Poplar Street Bridge in downtown St. Louis and East St. Louis with a tunnel. “I can’t wait to be the first to drive my Tesla through it,” Musk said, “This will be a great follow on to our tunnel in Los Angeles.”

February 12th on The Charlie Brennan Show (Listen), East-West Gateway Executive DIrector Jim Wild said the elevated section “At some point they’re (MoDOT) going to have to do something, because just maintaining that structure is going to become too expensive.
and you’re not going to be able to do it because of the condition of the structure. I don’t know what MoDOT has decided to do about that.”

We know now. At the press conference today Jim Wild said, “we recognize the amount of destruction and enduring blight the highways built through St. Louis created. This project will open opportunities to rebuild the human-scaled urban fabric in both St. Louis and East St. Louis.” 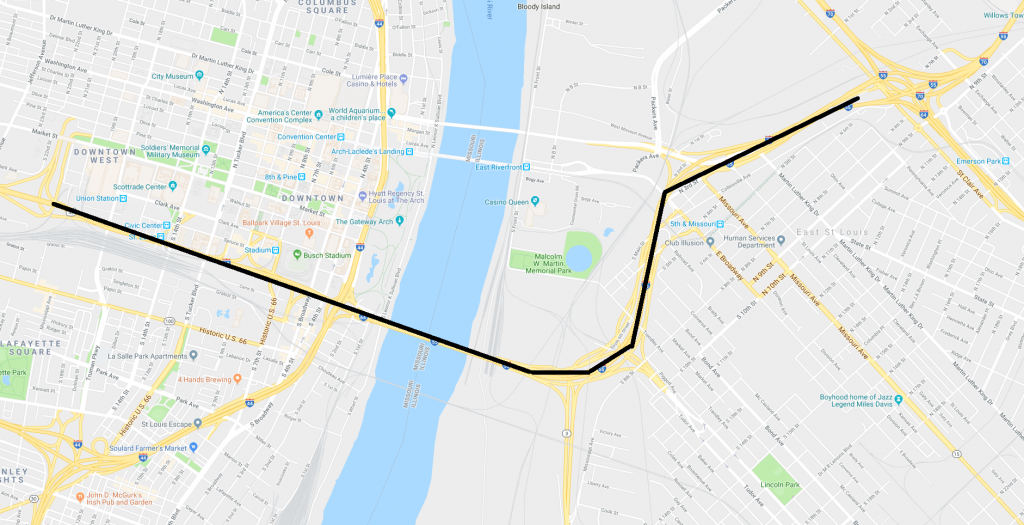 The proposal would have I-64 go underground west of Union Station and return to grade at the I-55/I-64/I-70 interchange in East St. Louis. It includes a full interchange between I-64, I-44, and I-55 so motorists can go from eastbound I-64 to southbound I-55/westbound I-44 and vice versa.

Mayor Krewson announced that the tunnel will be named for former mayor Francis Slay, “With the proceeds from leasing St. Louis Lambert International Airport providing the local match, it’s only fitting that the tunnel be named after Mayor Francis G. Slay whose vision initiated the airport privatization effort.” 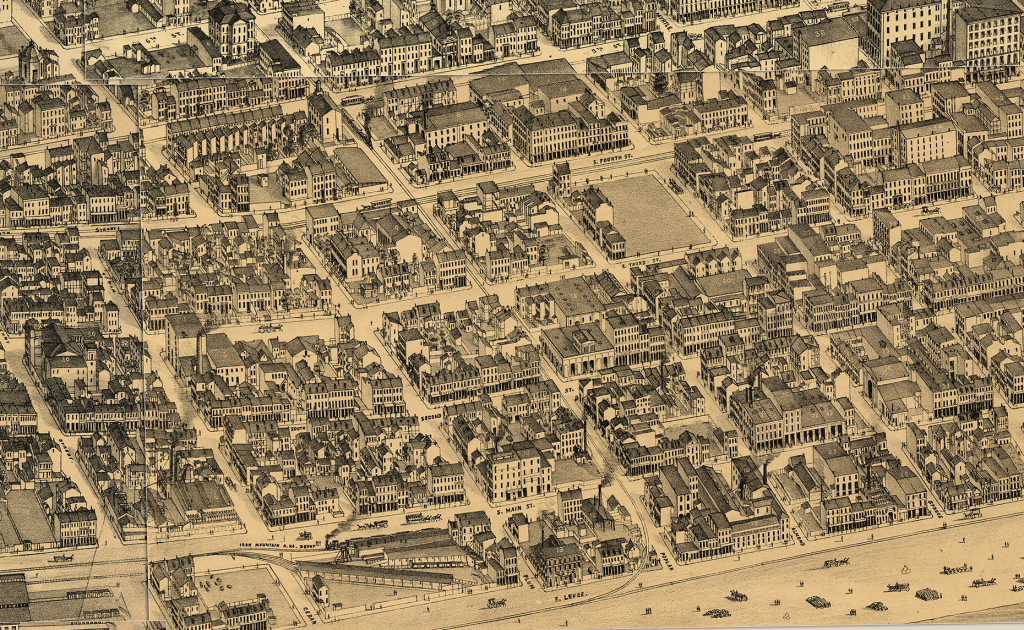 {Poplar Street once reached the riverfront – Pictorial St. Louis}
Removal of the elevated section in both downtowns allows for healing the street grid. Poplar street would be rebuilt from 14th Street to Lenore K Sullivan Blvd. at the riverfront. Bill DeWitt III said they’re considering another Ballpark Village to the south of Busch Stadium.

Governor Greitens couldn’t be reached for comment from his bunker in Jefferson City.

There was no cost estimate or construction start/completion date given.

Traffic is driving me nuts. Am going to build a tunnel boring machine and just start digging…

Editor’s note: This is an April Fools satirical article.