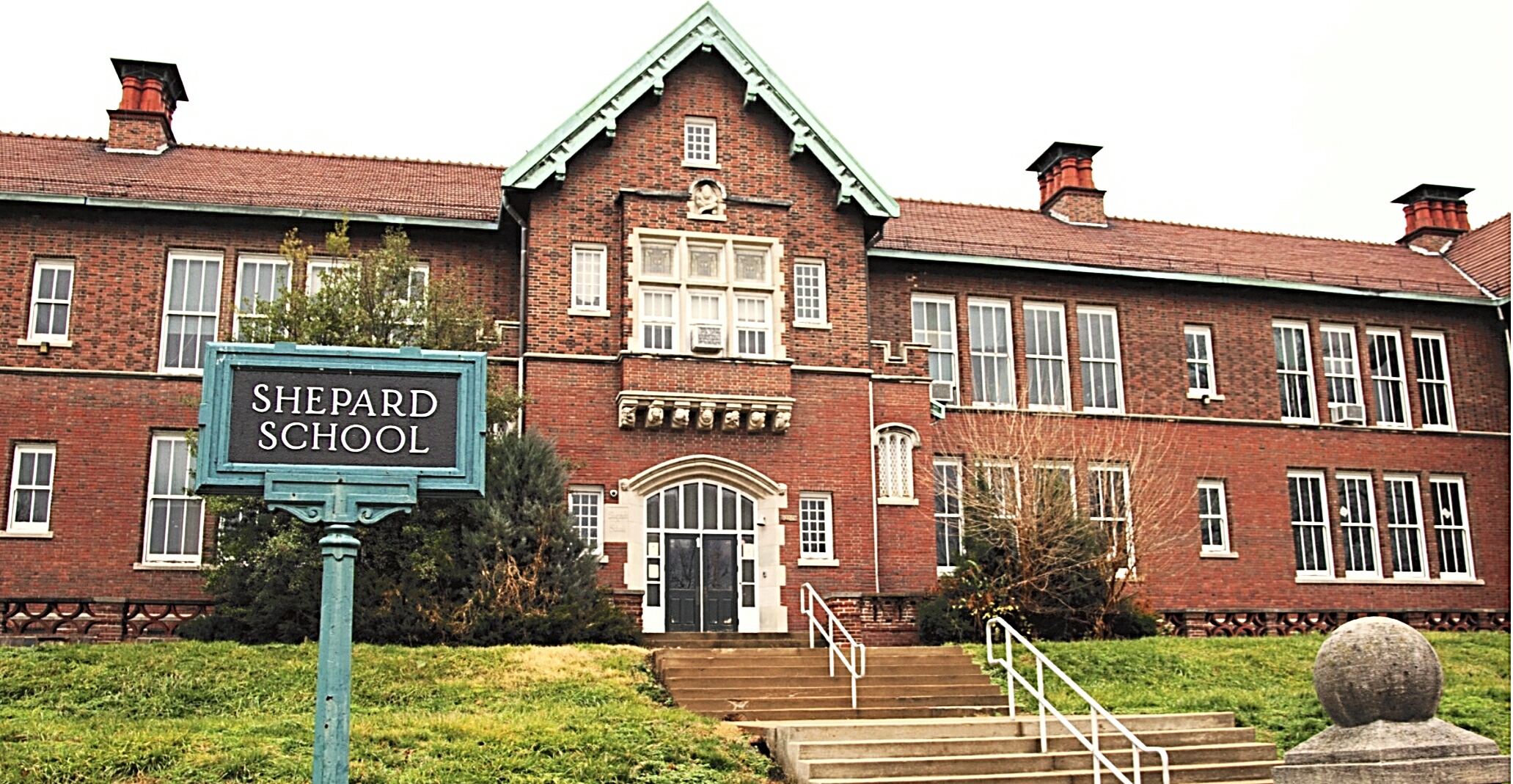 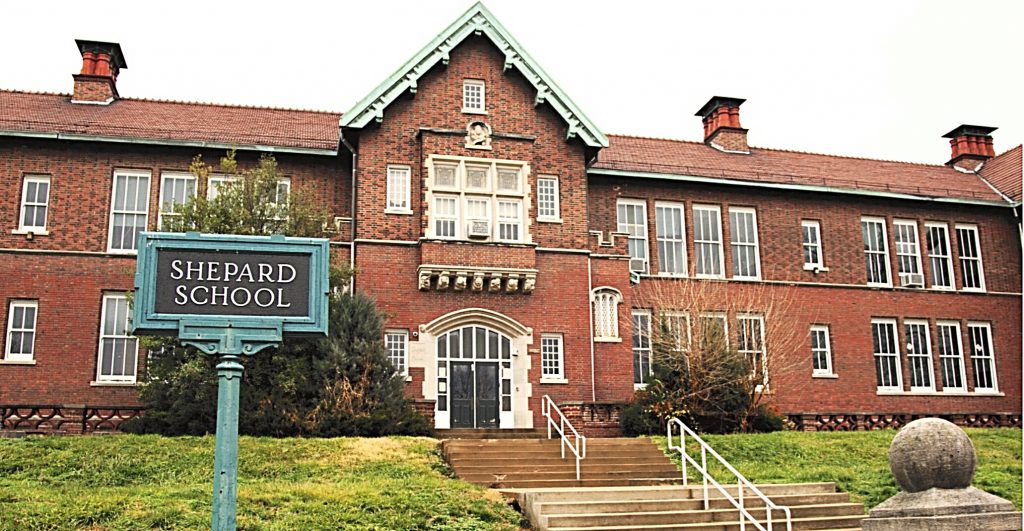 Another dead school is about to be born again as a proposal for forty-seven new apartments near the Lemp Brewery and Cherokee Antique Row advances. The vacant Shepard School at 3450 Wisconsin lies immediately west of the Lemp Brewery and one block south of Cherokee Street in the Marine Villa neighborhood. The St. Louis Planning Commission is expected to approve a Chapter 99 Blighting Study and Redevelopment Plan for the project at its meeting this Wednesday. Shariq Mansuri’s Moonlight Partners LLC purchased the school from St. Louis Public Schools for $619,980 in June, also acquiring an adjacent lot. Plans call for 65 parking spaces.

The 61,998 square foot building was designed by William B. Ittner. Opened in 1906, the school closed in 2009. The building has been a contributing structure to the Benton Park Historic District since 1985. The listing on the National Register of Historic Places makes the project eligible for state and federal historic tax credits. 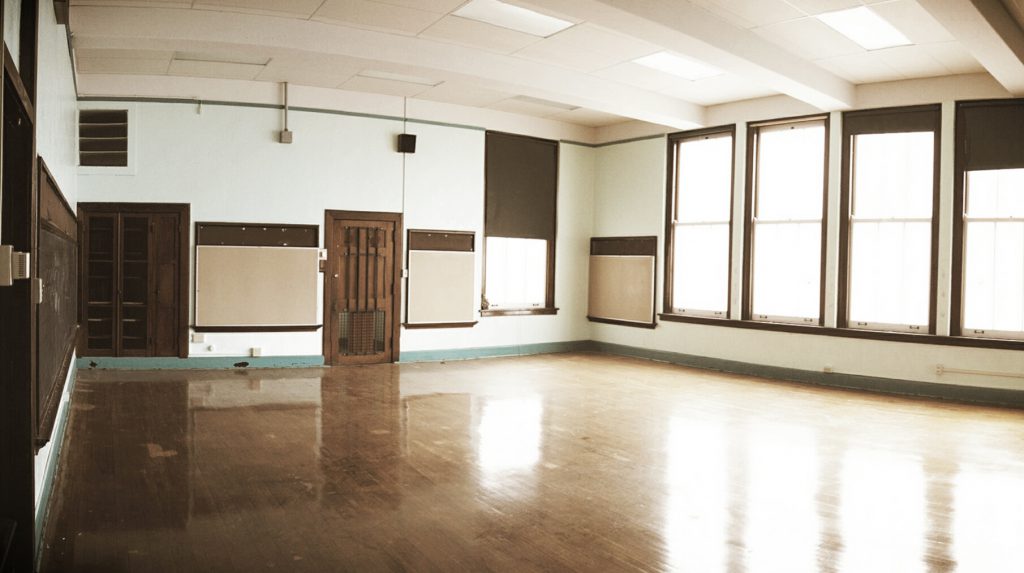 The Shepard School was named after Captain Elihu Hotchkiss Shepard (1795-1876), a Vermont-born War of 1812 veteran and an early Missouri settler. Shepard by the 1820s was one of the first faculty members and Professor of Languages at St. Louis College (today’s SLU), and he went on to help found the Missouri Historical Society in 1866. The History Museum still holds his portrait, an oil on canvas by artist William R. Simpson.

Like many city schools of its period, the Shepard School was built on the site of a former cemetery. As the nineteenth-century city expanded around once-rural burial places, cemeteries provided an efficient location to add public amenities and services without having to relocate the living. Established in 1846 as the Deutsche Evangelische Gottesacker (German Evangelical Cemetery), the cemetery’s first burial was Catharina Glatt who died August 11, 1846. The 9-acre graveyard ran out of space after the cholera epidemic in 1849, and so a second cemetery was established on Lucas and Hunt in 1855. A third cemetery was opened at 6638 Gravois the following year. Many of the bodies were removed to that third location from the original German Evangelical Cemetery in 1856, and the land remained undeveloped until construction of the Shepard School.

That third cemetery is now St. Marcus Park, which the city purchased in 1977. A total of 19,500 German evangelicals remain buried beneath the park. It’s a curiosity that after 250 years, the City of St. Louis has more deceased residents than living.

The area around the Shepard School remains very much alive. Dead Wax Records — no reference to the old cemetery — spins vinyl a block up the street. South City Art Supply adds to the mix of antique stores, and everyone loves coffee at The Mud House. The Irish Corner Pub still holds down the corner of Lemp and Cherokee, and local bands perform nightly at Off Broadway. St. Louis continues to hope for the resurrection of the Lemp Brewery complex, however. It’s red brick mass still towers over the neighborhood while it looks jealously across Lemp Avenue at the Shepard School and awaits its own turn at a new life.