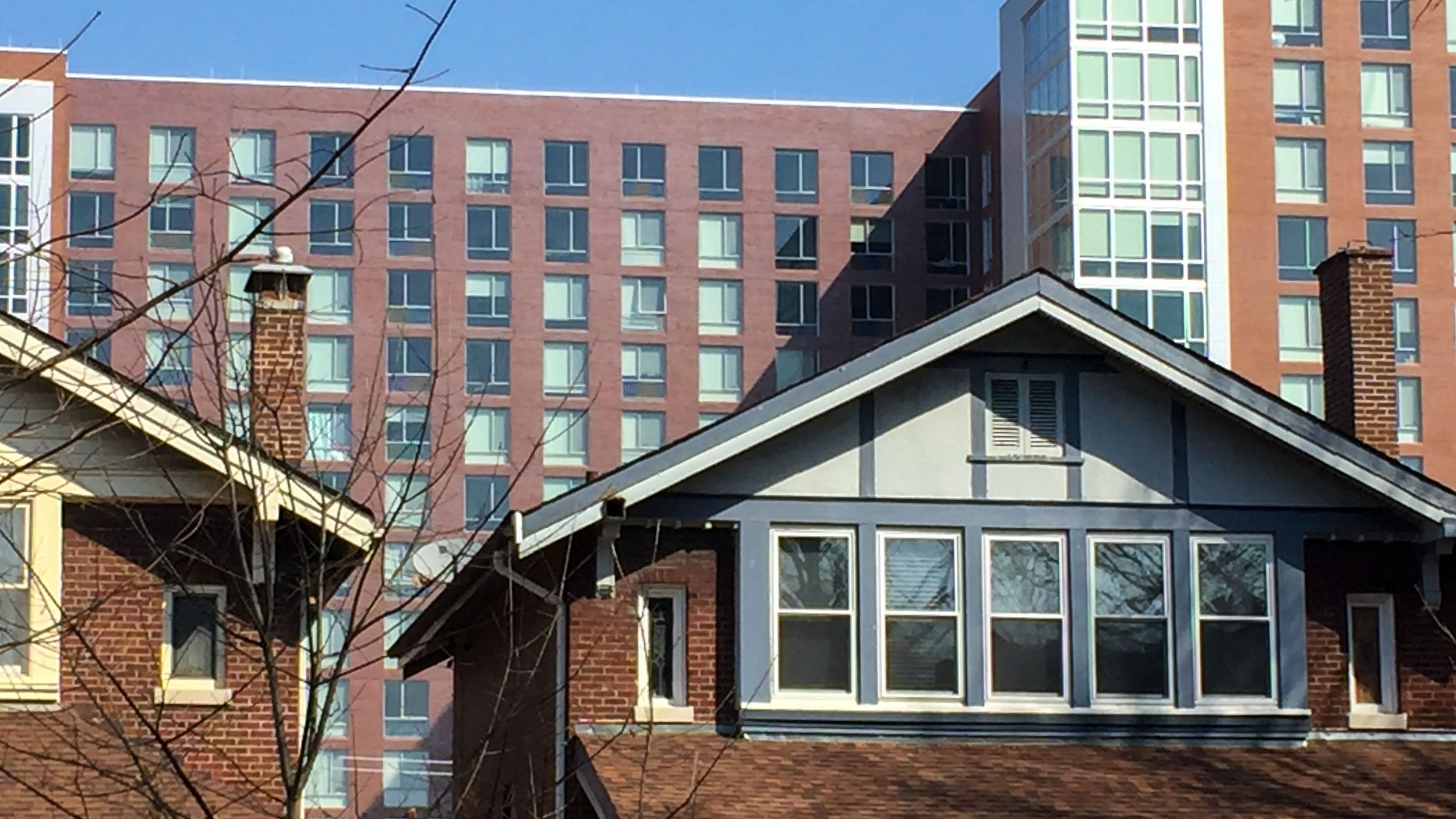 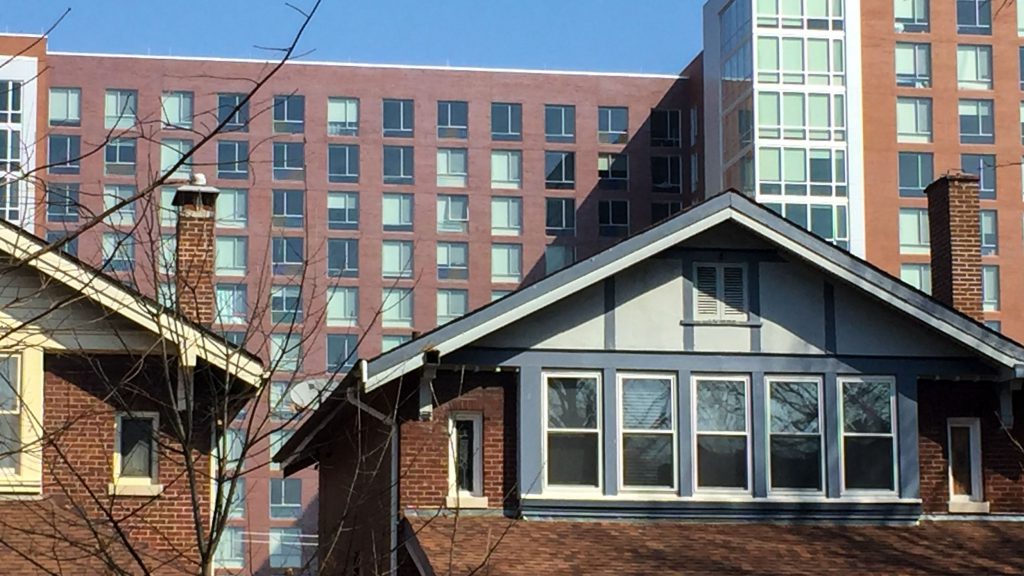 In St. Louis City some lesser-known anniversaries are also occurring. They involve development incentives such as tax abatement and tax increment financing (TIF) districts which have existed for a decade or longer. A number of these deals are set to be scaled back or expire completely in 2018 and the years beyond. This will finally put the properties that benefited from them onto the tax rolls at assessed valuations that are closer to their true market values.

How much property tax revenue will this generate? An analysis of figures that Assessor Stephen Conway presented in February to the housing and urban development committee of the Board of Aldermen shows that expiring and reduced development incentives will generate a cumulative total of $46.2 million in new tax revenue over the next five years. Conway stressed that his office’s figures were calculated using 2017 market values and tax rates, so the actual figures will no doubt differ from the projections, depending on market fluctuations and any changes in the tax formula.

The projections are good news for the St. Louis Public Schools in particular. Based on the current property tax formula, the school district can expect to receive roughly $29 million of the total, spread over five years from 2018 through 2022. The city itself, perpetually strapped for cash, should get about $7 million over five years, the assessor’s figures show. The rest will go to the St. Louis Public Library, St. Louis Community College, the Zoo-Museum district and other taxing jurisdictions that fund social services and sewer infrastructure.

While these amounts sound large, they’re hardly game changers. The schools, for example, already receive $223 million each year from property taxes, according to the district’s latest financial report. The new money averages less than $6 million each year, suggesting it will bump up annual property tax collections for the schools by less than 3 percent. It’s also not clear whether the State of Missouri’s Hancock Amendment – which limits increases in tax revenue – will affect the eventual outcome.

Still, the additional revenue is a sign that the city’s efforts to increase its property tax base are finally bearing fruit, following decades in which mayors, aldermen and development chiefs have lured private investment with incentives that have often caused controversy. The figures from Conway’s office are also an indicator of the attempts by some city officials to bring consistency and accountability to the process for awarding and tracking such incentives.

Alderman Joseph Roddy, whose 17th Ward covers the southern part of the Central West End and other booming areas such as Cortex and the Grove, welcomes the additional tax revenue. At the same time, Roddy – whose position as chair of the aldermanic Housing, Urban Development and Zoning Committee gives him influence over the course of development throughout the city – says the fact that the tax base continues to shrink in many neighborhoods presents tremendous obstacles.

“The real challenge for the city is to demonstrate that it has a tax base that is truly growing, and that it isn’t dependent on more tax increases,” Roddy said in an interview.

The city’s own figures cast doubt on its ability to make sustained progress in this regard. In 2016, for example, St. Louis added just over $2 million in new dollars to the tax rolls from properties coming off abatement, but during the same year its calculations show it gave away $3.7 million for new projects that were just entering their abatement periods. This latter figure is, of course, hypothetical: Roddy, Conway and other city officials have repeatedly argued that many new projects – and the tax revenue they generate – would never have existed but for the incentives.

The city estimates that development incentives still in force last year “cost” it about $16.8 million in lost revenue. In its own report, the school district says its foregone tax revenue in 2017 totaled $10.4 million.

Conway, who served as 8th Ward alderman until Mayor Lyda Krewson appointed him the city’s assessor in November, noted that the schools and other taxing entities are set to receive even more money if revenue from the Argyle TIF district in the Central West End is included. That district – which was authorized in 1998 to pay off bonds that funded a city-owned parking garage and other improvements around Maryland Plaza – is generating payments in lieu of taxes totaling $2.9 million each year for the Argyle TIF fund, which appears to have more money than needed to pay its obligations. The TIF is scheduled to expire in 2021.

Big abatements for major projects continue to move ahead – and they continue to generate controversy. In February the Board of Aldermen approved 20 years of partial tax abatement for a proposed 33-story apartment tower opposite Busch Stadium, contrary to guidelines designed to limit the scope of incentives offered for new projects in relatively prosperous areas such as downtown.

“We still don’t have any binding policy that means tests these projects on their way into abatement,” said Andrew Arkills, a member of the TeamTIF advocacy group which wants the city to reform and standardize its procedures for awarding incentives. “It’s hard to say whether the city should have had more taxes coming out of abatement, but at least the more information they put out there, the better it is in terms of bringing about conversations around reform.”

Jack Grone is the editor of McPherson - mcphersonpublishing.com, an independent journalism start-up based in St. Louis. He is a former reporter and editor for Dow Jones Newswires whose writing has appeared in The Wall Street Journal and Barron’s.