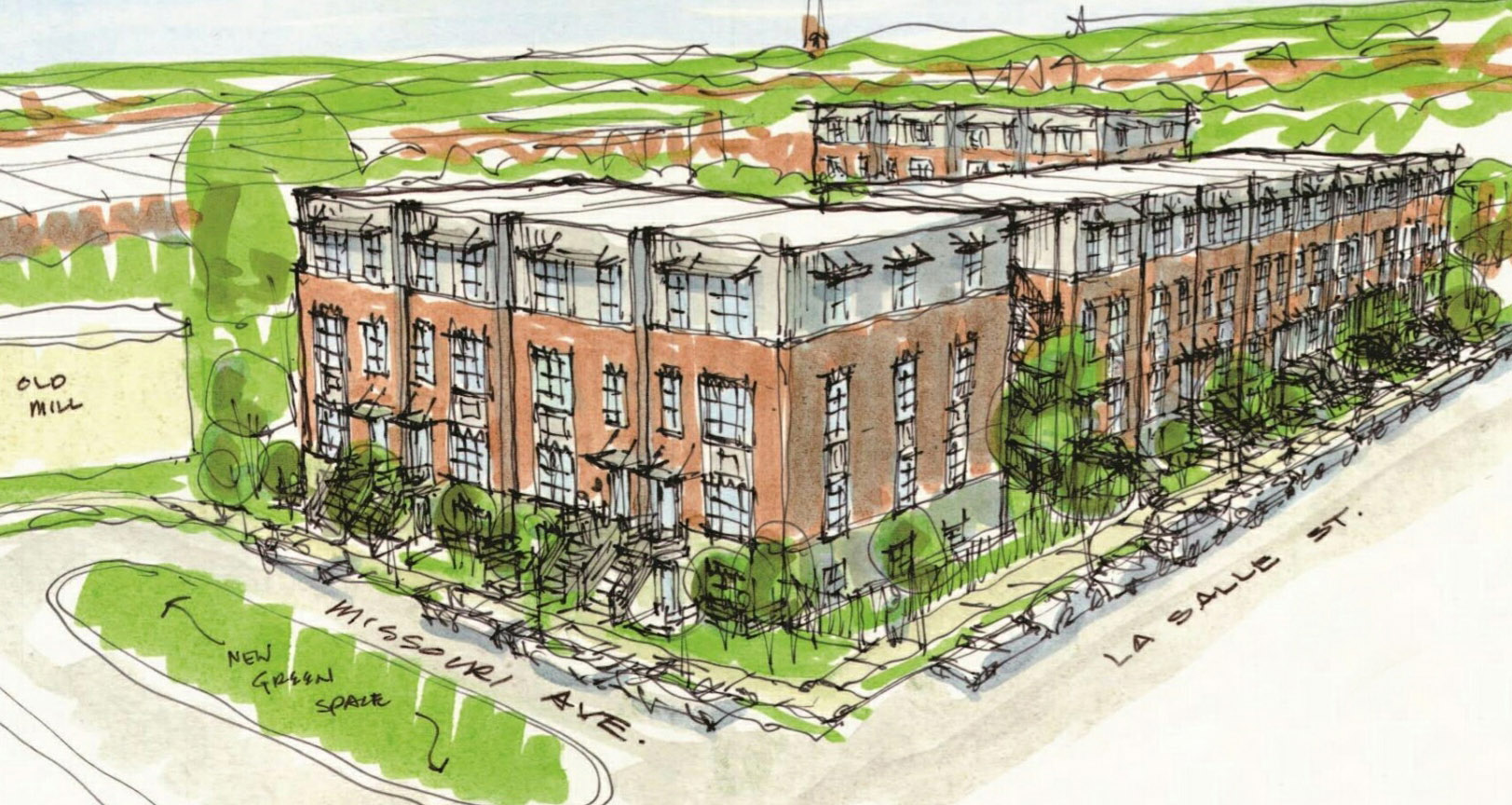 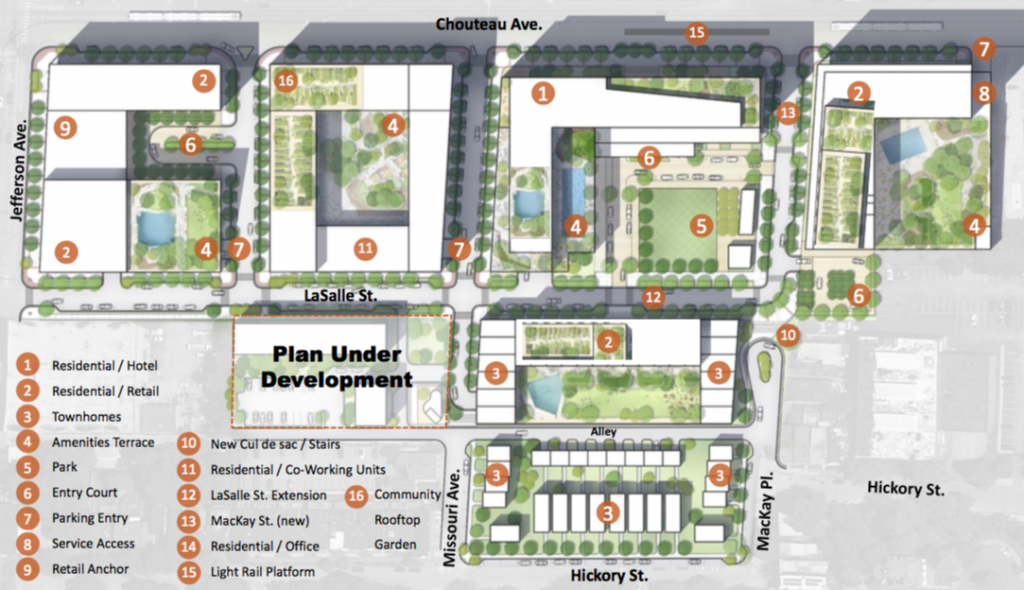 Chouteau Avenue will be transformed into a dense, mixed-use urban center along the northern edge of the Lafayette Square neighborhood if current plans move forward. The 5-block proposal by Bill Odell and HOK shows high-density residential at the southeast corner of Jefferson and Chouteau. 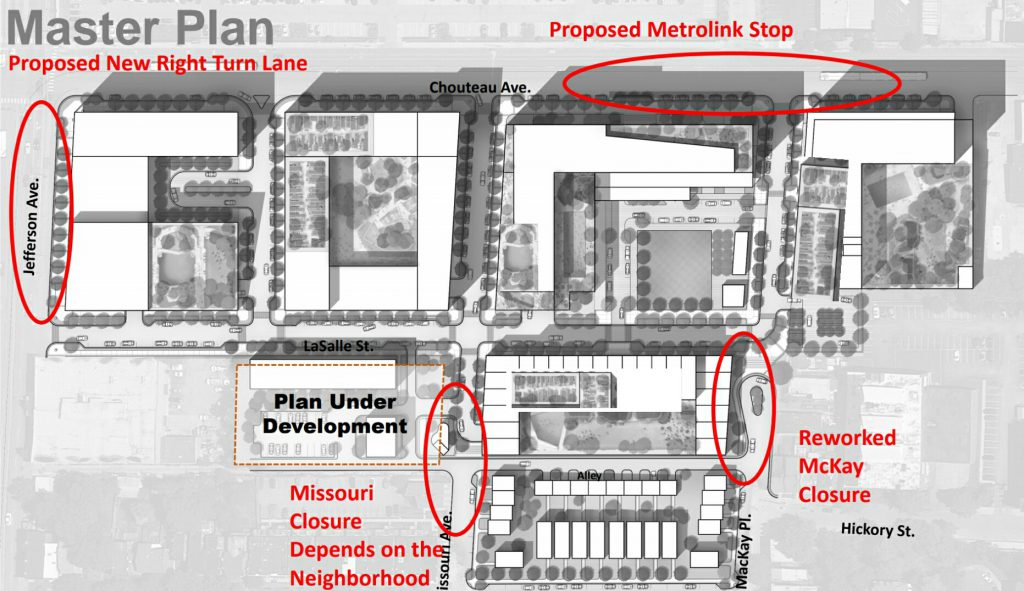 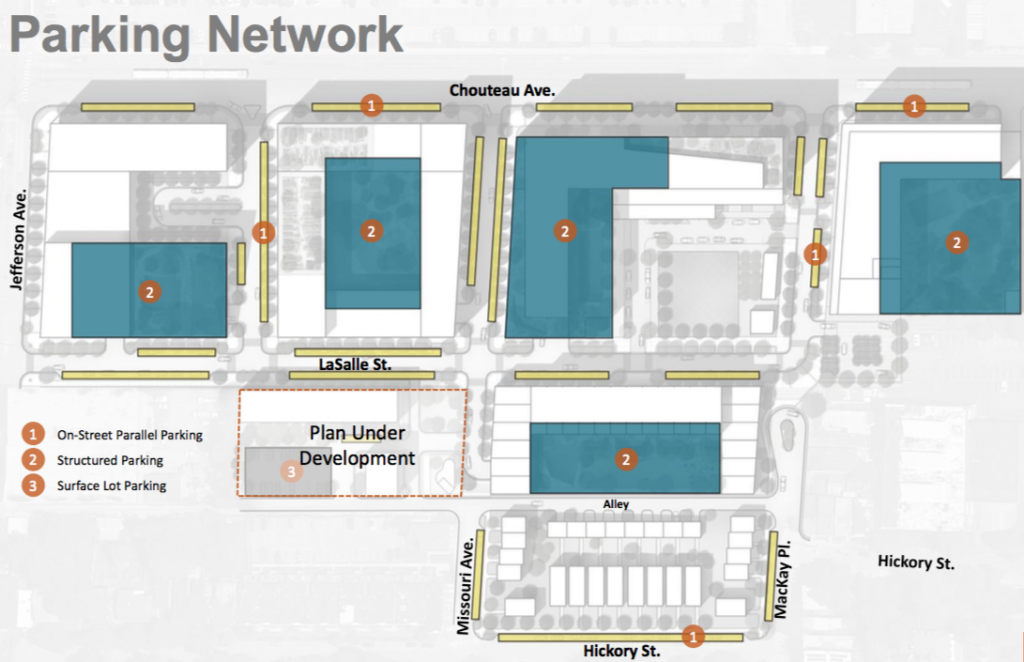 More multi-family residential and a possible hotel continue east along Chouteau, with coworking units and street-level retail mixed in. In the blocks further south, heights will decrease, with townhomes backing up the hill to the historic streets closer to Lafayette Park. Throughout the development, rooftop decks will take advantage of expansive views of Downtown. Streets will be walkable. Parking plans include a mixture of structured and street parking. Heights will range from three to ten stories. A new public park will sit at the heart of the development. 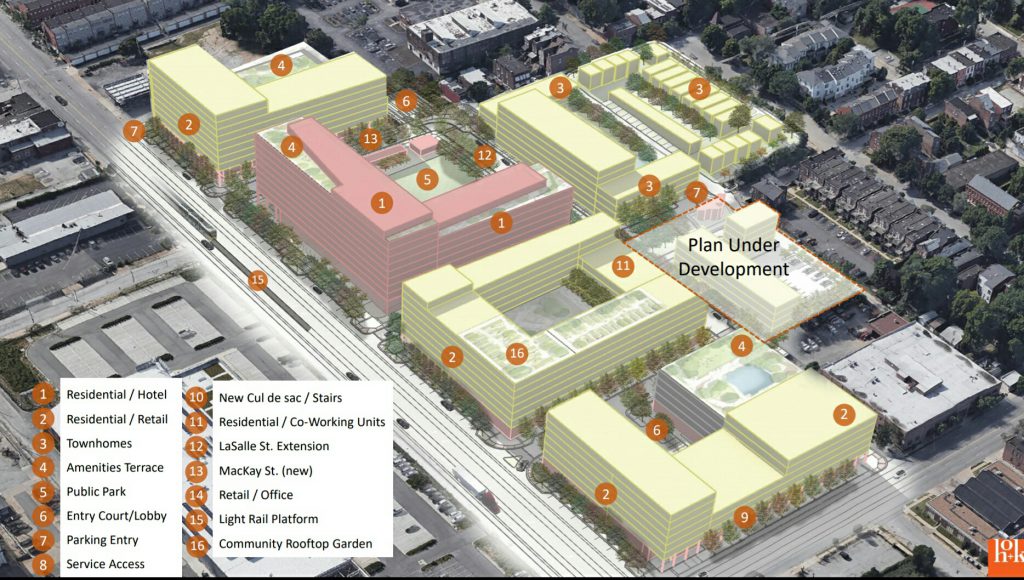 Community engagement so far has been active. The location was the site of the 2005 explosion of a Praxair facility. CNN and other media provided live coverage as metal gas canisters rocketed through the air like missiles raining down on parts of the city (Video aummery of the investigation by the US Chemical Safety Board). Praxair never reopened. Several redevelopment proposals have come and gone since then, including Pulte’s 2017 plan to build 64 townhouses on the site. The current plans are still in the process of gaining city approvals with ongoing conversations with neighborhood groups, the city streets department, and Metro. The developer aims to break ground this year. 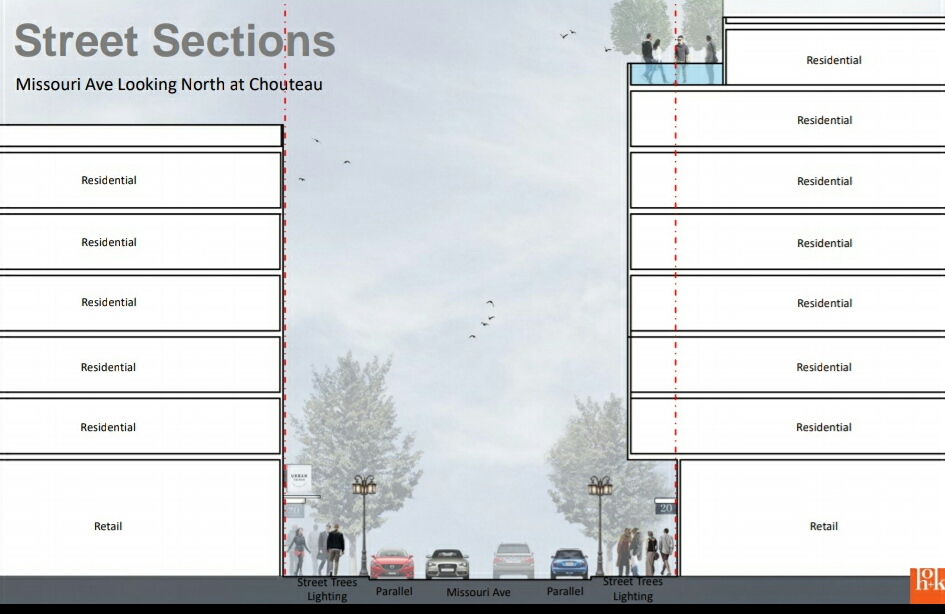 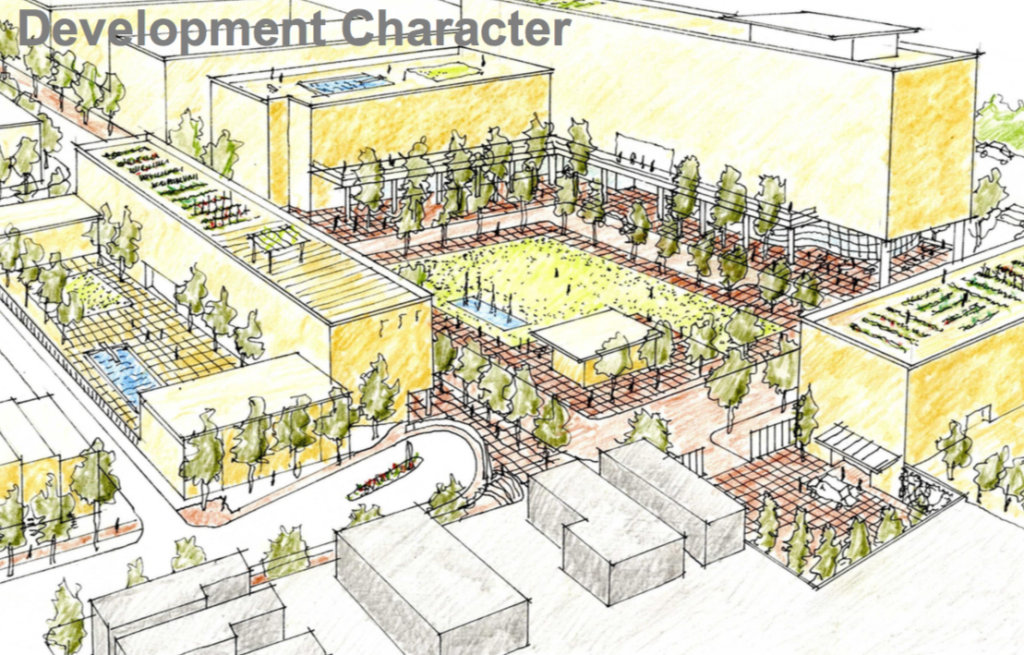 Should the North-South Metrolink extension move forward, the development will front to a Metro platform. The current Metro proposal — not yet funded — is for trains to run down streetcar tracks connecting Ferguson and north St. Louis County to the billion dollar NGA facility now under construction. From there, trains will travel south through Downtown before jogging west down Chouteau to South Jefferson, where tracks will head to Cherokee Street and points south.

Also near Chouteau is a separate plan for 2300 LaSalle immediately to the south of the Odell/ HOK proposal. Few details are known, but a rendering shows contemporary, four-story masonry residential structures. Parking would be behind the buildings. 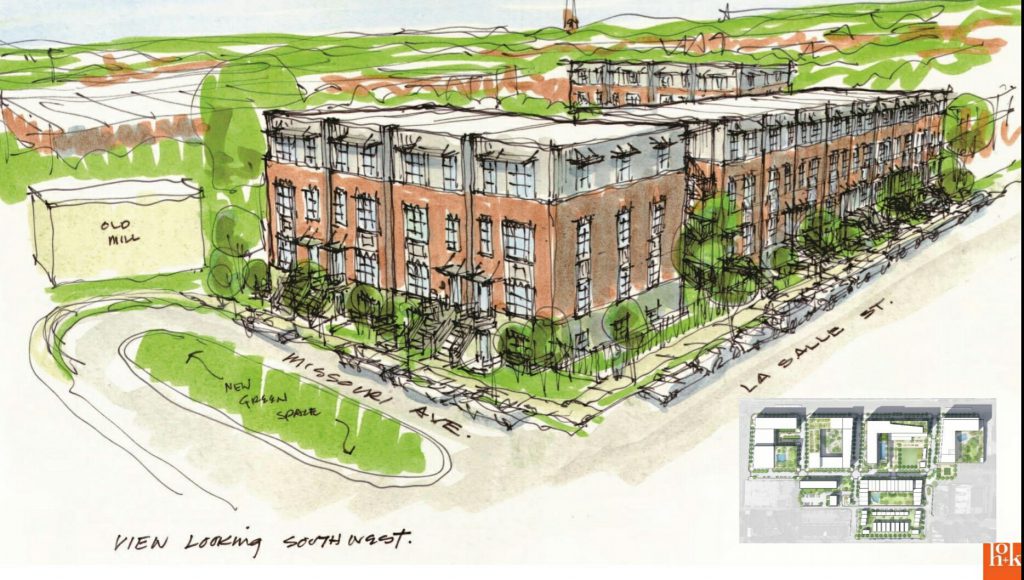 A new pocket park will be added at the eastern edge of the site, framed by new construction on two sides and by a surviving antebellum rock building still standing to the south. That structure — the ruins of the Becker-Anthes House at 1111 Missouri — dates to German American immigrants around 1844. The city records show LJA, LLC as the owner of 2300 LaSalle. 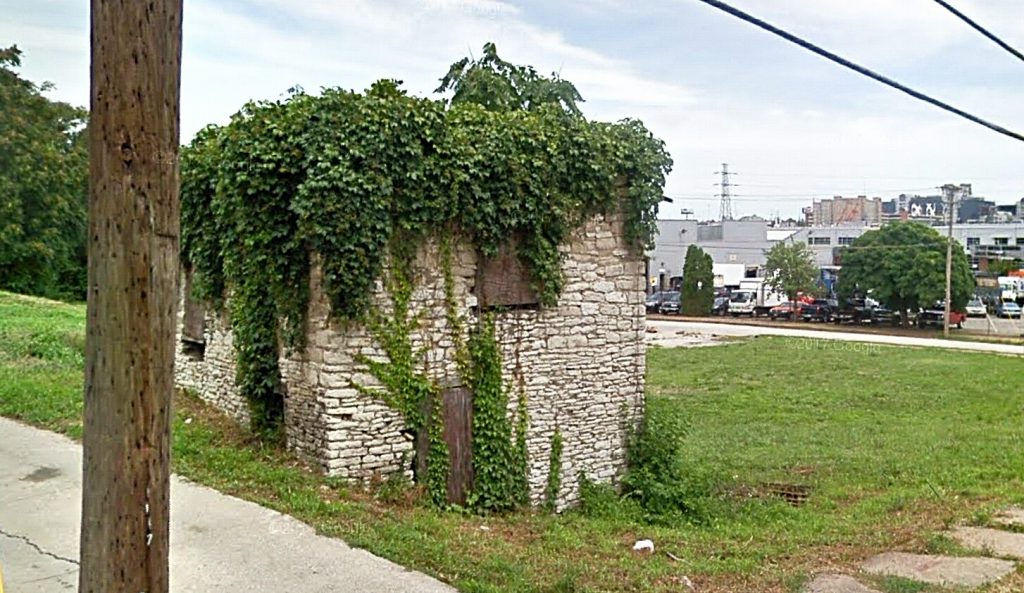 Earlier infill townhomes already exist to the east and south of the proposed developments.

Federal officials sought to destroy most of the Lafayette Square neighborhood in the middle of the last century in favor of interstate highways (Read more about I-755) and large new urban mega-blocks. Those plans failed, the neighborhood survived, and today thrives. Built mostly in the 1870s, Lafayette Square is a rare collection of Second Empire homes, many with mansard roofs and limestone or sandstone facades. The neighborhood became a city historic district in 1972 and was listed on the National Register of Historic Places in 1986. The proposed development site is located within the city historic district but not the national one.

We have seen plans come and go along Chouteau. While I might quibble about a street closure here or there, this is the first proposal that presents an urban, walkable vision for Chouteau and Jefferson. For a city that just two years ago demolished a row of historic buildings across the street to build a suburban style QuickTrip, this is huge progress.