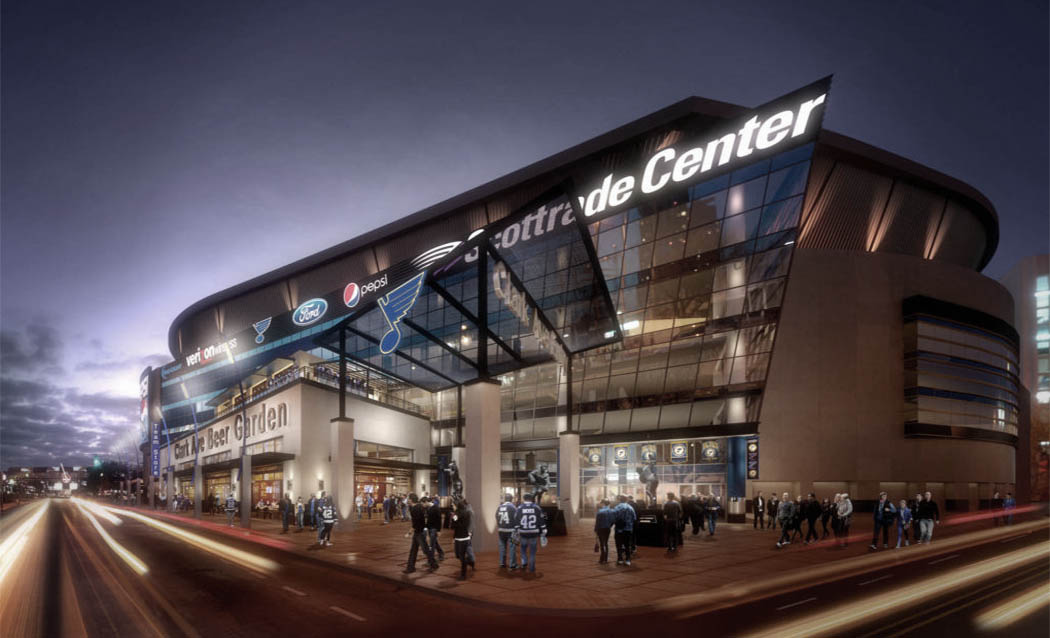 Today I am introducing BB130, a bill that changes the funding mechanism for the upgrades of the Scottrade Center before the ways and means committee. Last session, we passed Ordinance 70473, which essentially authorized a financing agreement for the rehabilitation of the property located at 1401 Clark Avenue, aka the Scottrade Center which result in the issuance of bonds to be repaid with General Revenue.

What BB130 does is replace General Revenue with a Fund set up to collect a Modest Ticket Fee. 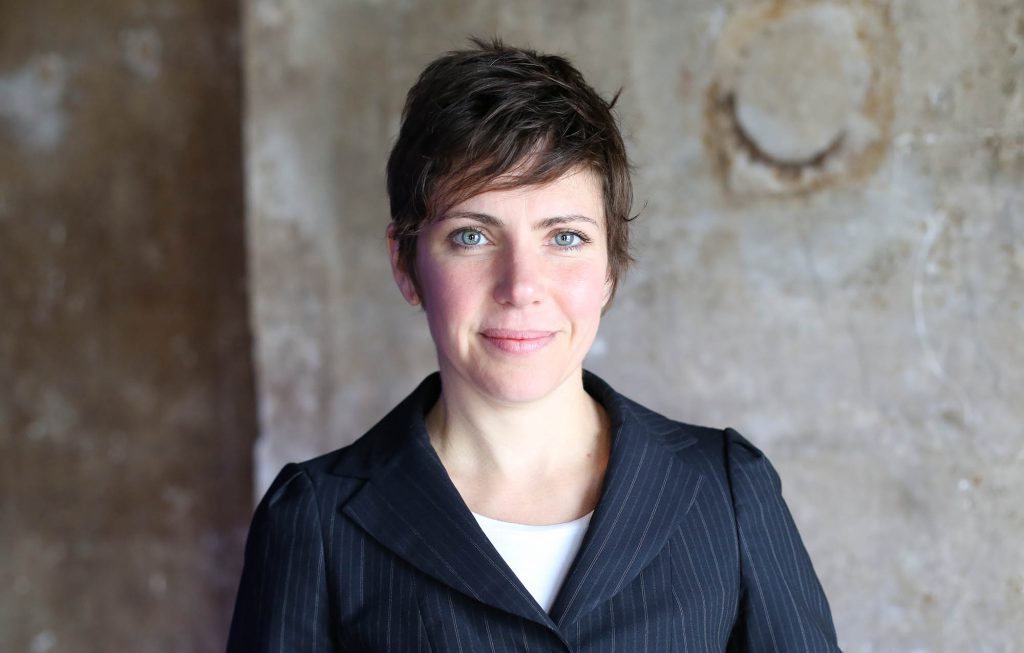 At the Board of Alderman, we are often rushed to get through bills. We have very little staff. Certainly not adequate staffing for a serious deliberative body. Its hard to do our due diligence under those circumstances.

Last session, in our rushed deliberations, we didn’t take a look at very important facts as they related to Ordinance 70473. Most importantly: the lease that describes the relationship between the City who owns the land and the lessee, Kiel Partnership Group and the obligations set out therein.

Here’s what the lease says:

Lessee (KPG) shall perform … all obligations connected with arising out of owning, occupying, managing or using the Kiel Site or any part thereof, including, without limitation … property management fees and expenses, all sums for maintenance, repair and replacement of improvements, insurance premiums, utility charges and expenses, and … Insofar as the performance by the Lessee (KPG) of its covenants and obligations pursuant to this Amended Lease shall impose any financial obligation liability upon the Lessor (City) ot otherwise provided for herein to be paid, performed or satisfied by Lessor, said amounts, if not otherwise paid, discharged or satisfied by Lessee (KPG), shall constitute additional rent.

It essentially states that the lessee (KPG) is responsible for maintenance and replacement of improvements.. And any additional money spent by the City will result in additional rent.

This was not properly described to us when we passed Ordinance 70473. Without getting too far into the weeds on that, what’s important to note is that we didn’t have pertinent information, we had a misunderstanding of the contents of the lease and we now have some clarity. And with that clarity, we now understand that what Ordinance 70473 does is essentially shifts the burden of upgrades of the facility from the Kiel Group to the City.

How do we know that? Let’s look at what Ordinance 70473 is authorizing.

These are millions of dollars of upgrades and replacement of improvements. Which is very specifically described in the lease. It could not be more clear. Replacement of improvements, general maintenance is the responsibility of the lessee, not the City. And this is typical of a net lease. In fact, a tenant is typically responsible for all maintenance in a commercial lease. 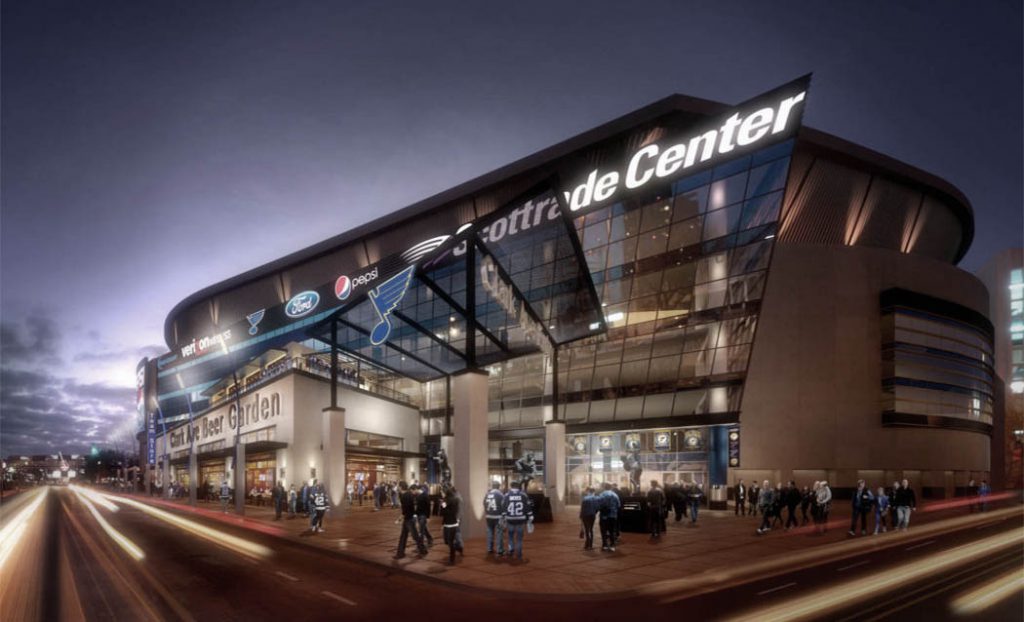 The shift in obligation, from the Kiel Group, who enjoys all the revenue, to the City, places the burden on the entity who gets only a very small fraction of the sales tax generated here. We should remember that KPG pays $1 a year in rent, $0 per year in property taxes, the Amusement tax is rebated back to the ownership group entirely for the renovations of Peabody, and the Kiel Partnership Group, NOT the City, enjoys all proceeds from naming rights from this facility that we have been told the City owns.

So we are shifting the burden from those who will gain most from these renovations to the entity who gets pennies on every dollar spent: The City. At a time when the City simply doesn’t have revenue to burn.

What BB130 does is shift that burden back, at least to some extent. With this bill, we will protect the general revenue that we rely on to provide vital city services and basic municipal obligations by assessing a modest fee on the people that USE Scottrade Center, rather than the entire city.

Why use this mechanism? First of all, Scottrade is a regional asset. Its serves not just the City of St. Louis, but the entire region. In fact, the vast majority of patrons to Scottrade don’t live in the city. Only 11% of hockey patrons live in the City, and worse, for other events, only 5% live in the City. In fact, more live in Illinois than live in St. Louis City.

Given the regional importance of this asset, we know that we need a regional solution to paying for it. The lawyer for the Blues, David Richardson, indicated last year that there had been talks with St. Louis County going back years about this project. And the implication, as I understood it, was that St. Louis County wasn’t going to play ball. And honestly, it would take us a very long time to develop that sort of solution under the current fractionated set of governments we have. A regional solution that goes beyond St. Louis County, including the Metro East, a bi-state taxing district: this would require an act of Congress.

We get it, we want to upgrade the facility sooner than that. We don’t want to lose events. And recognizing these regional solutions are all but impossible with our current government structure. Really the only way to impose a regional tax is to impose a fee on the people who use the facility.

The beauty of this solution is that there is already a “Facility Fee” assessed on tickets sold. This fee is $3.50, roughly 5% of the average ticket price. Currently the facility contributes to the profits of the Kiel group, but directing the Facility Fee into a fund specifically set aside for the upgrading of the facility rather than asking a cash-strapped city to pay for the upgrades makes perfect sense.

With $60M of annual sales, this ticket fee should generate about $3M annually, which coupled with the CID, would give us more than enough bonding capacity to fund Phase I. This income stream would make our Comptroller comfortable, she could issue the bonds, protect our credit rating and complete all requested upgrades.

I mention the credit rating because according to the S&P, the City faces a real risk in further downgrade of our credit rating if we do not do something about the use of general funds for the repayment of these bonds.

We may lower the rating should budgetary performance and flexibility worsen, which could result if expenditure growth isn’t offset by budget reductions. In light of declining reserves, the negative rating risk posed by a possible weakening of budgetary performance has, in our view, increased.

I simply cannot imagine what we would cut from general revenue to begin to make these payments. And what’s worse, is that the payments start off small and grow exponentially. We kick the can so far down the road. Starting off at $1.5 and going up to $4.5. These payments are so far into the future, the last 6 of them totaling $27Million or about a quarter of the total payments, would be made AFTER THE LEASE EXPIRES in 2042! This is ludicrous. My 6 year old would be paying for that scoreboard until he was 37 years old.

Let’s look at what this bill doesn’t do, is it doesn’t STOP the renovations to the Scottrade Center. In fact, it provides for the entirety of Phase 1 outlined in Ordinance 70473. It just safeguards the City’s General Revenue in the process. And again, it shifts the burden back, and in accordance to the legal binding lease that is in effect. A lease which both sides have agreed to. A lease which clearly defines the responsibility of upkeep NOT as responsibility of the City, but of the KPG.