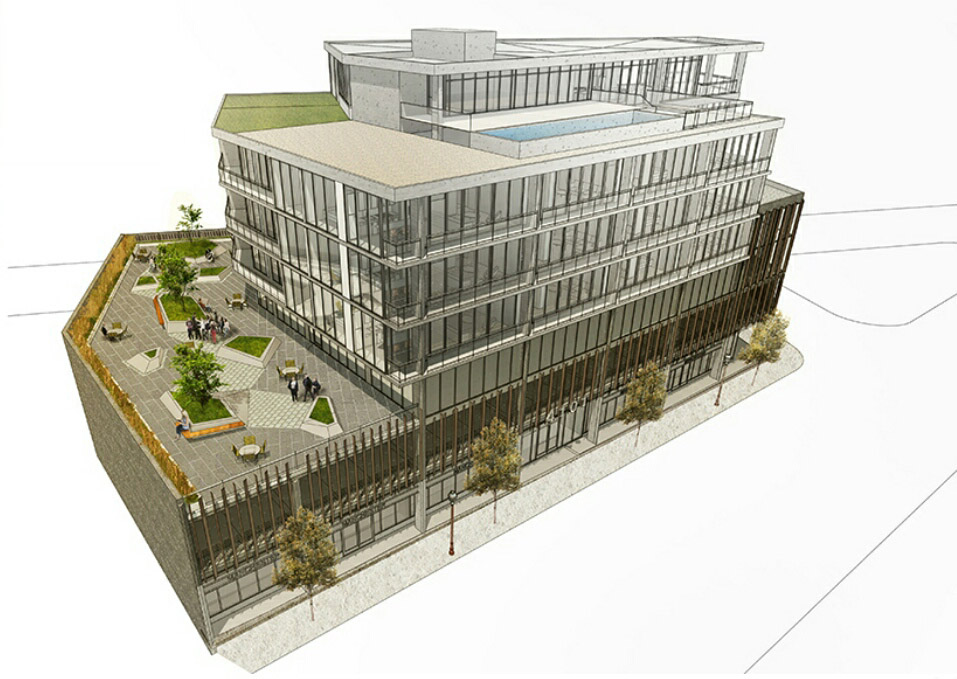 Spencer Development has applied for a $12 million zoning permit for it’s mixed use development planned for the wedge between Manchester and Chouteau. At the east entrance to The Grove, the seven story project at 4101 Manchester will include 33 residential units, a floor of offices, first floor retail and structured parking.

An earlier version of the project was tagged at $6.25 million. The City selected Spencer as developer for the site last November after Spencer beat out two other contenders. The developer closed on the site — currently a surface parking lot — in June of this year. 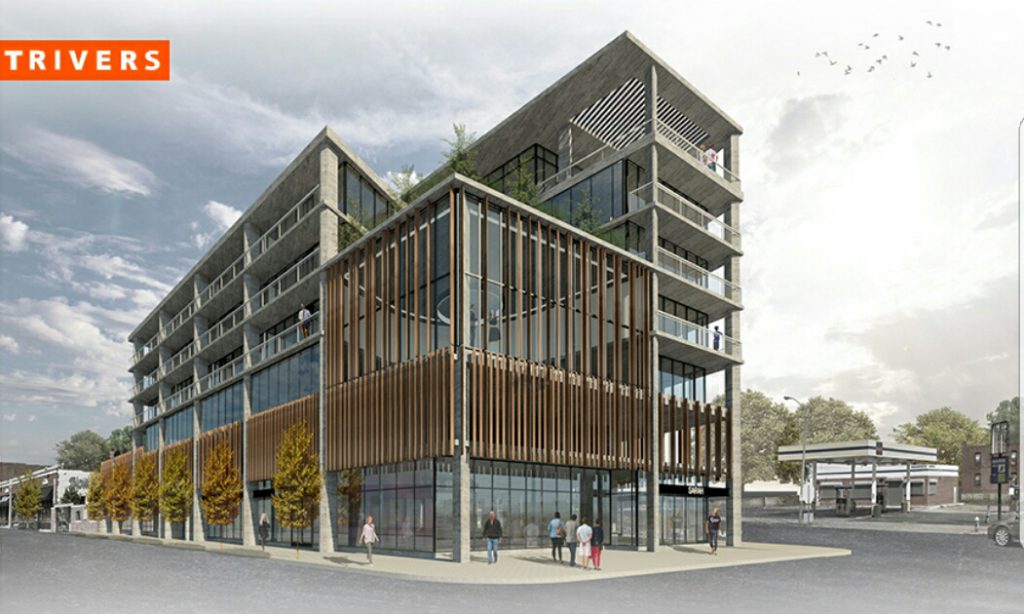 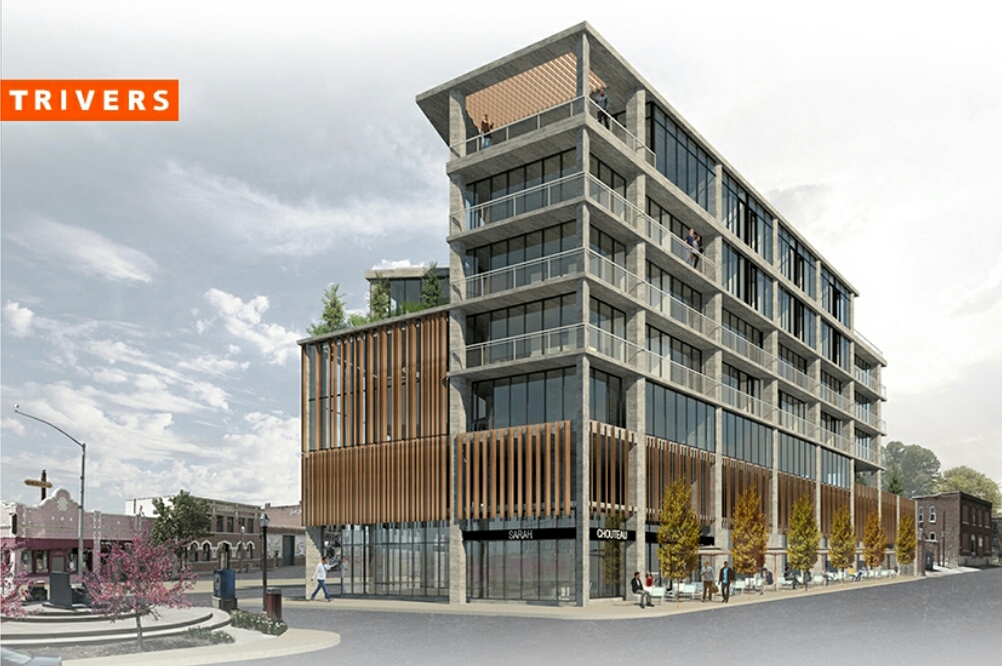 The design by Trivers Associates includes a screened third floor terrace to ease the visual transition between the tower and it’s low-rise neighbors. While an earlier rendering highlighted expanses of glass curtain wall, the current design softens the impact of the glass by pulling forward balconies on the residential floors. Horizontal concrete floors and vertical piers are articulated on the building’s exterior. Vertical slats on the second level serve to break up the expanse of the facade while shielding the parking level from view. Offices on the third level will help insulate residences above from parking noise below. 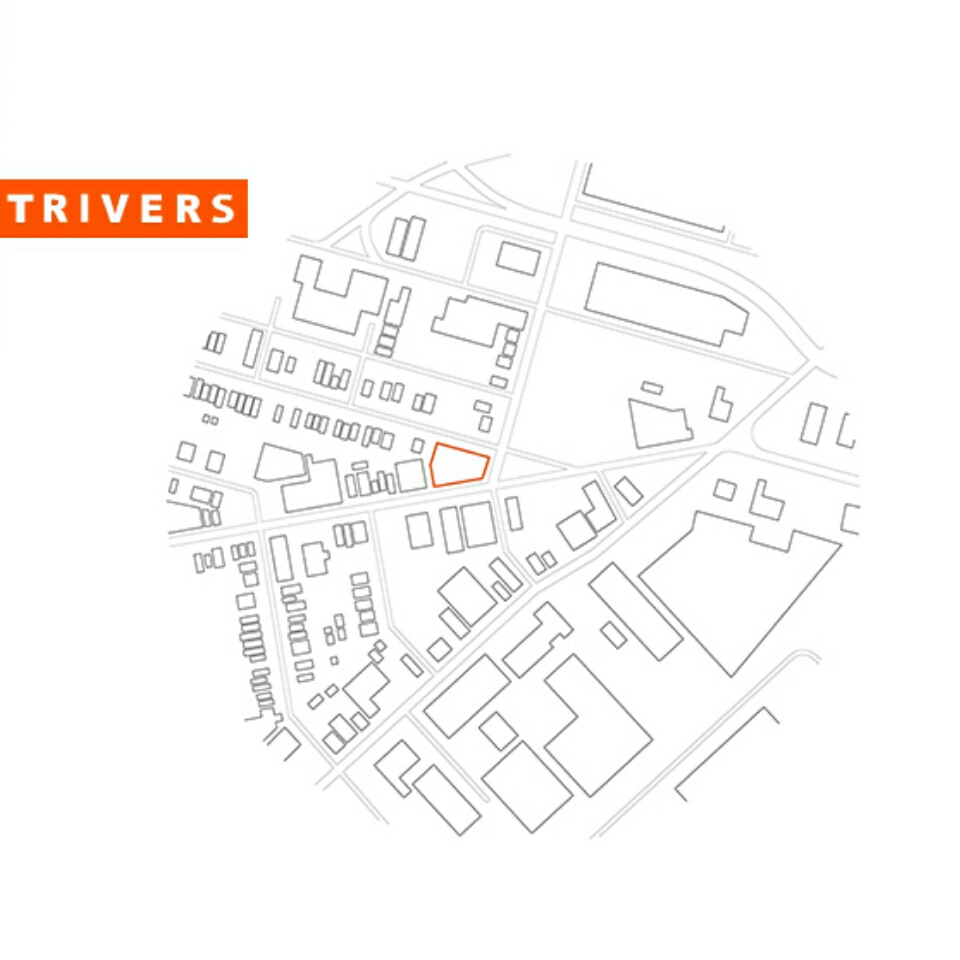 The project has been awarded ten years of tax abatement. Across the street is rising Chroma, formerly Chouteau’s Grove, a four story, 235 unit mixed use residential project by Green Street Development and the Koman Group.