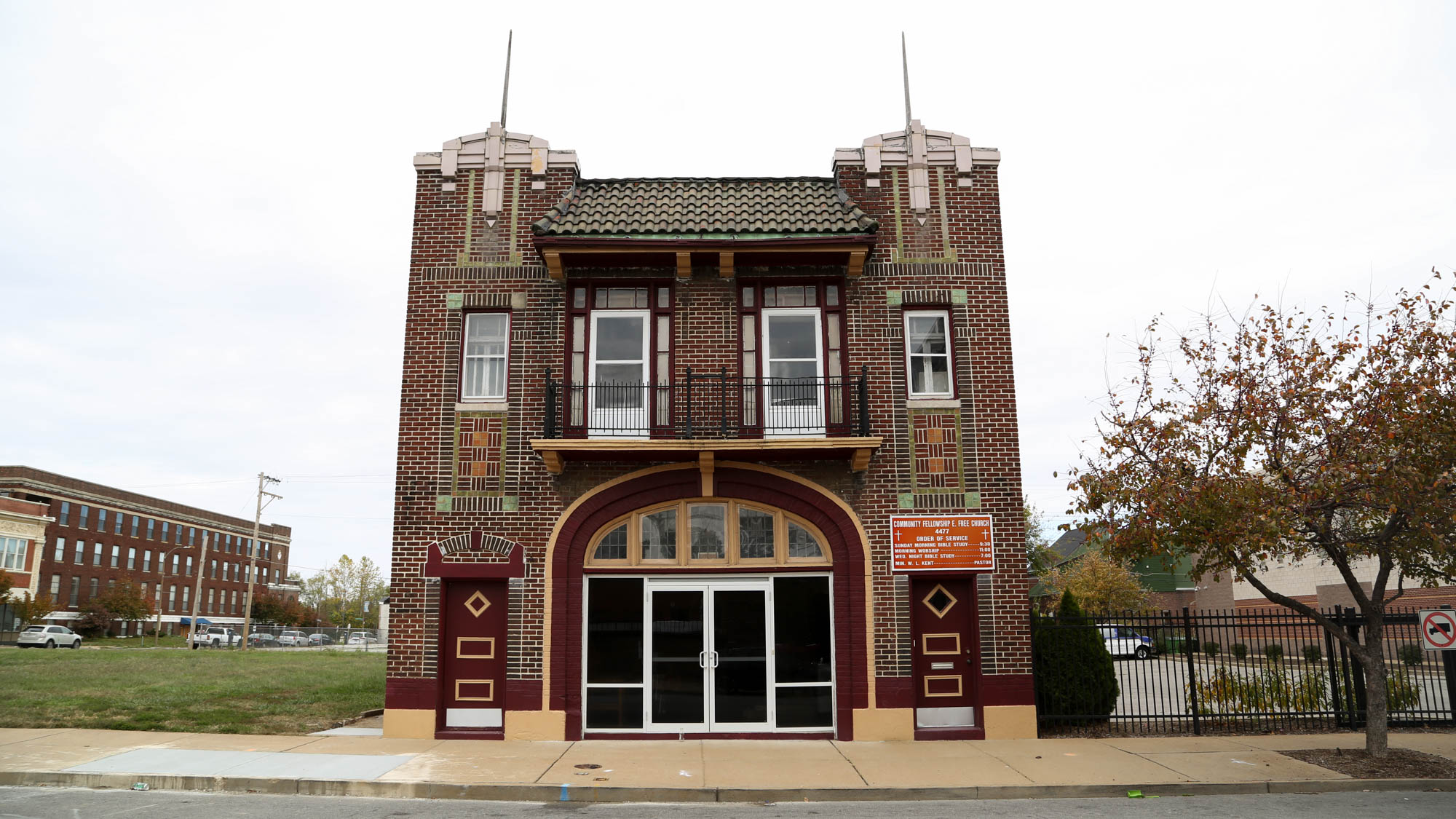 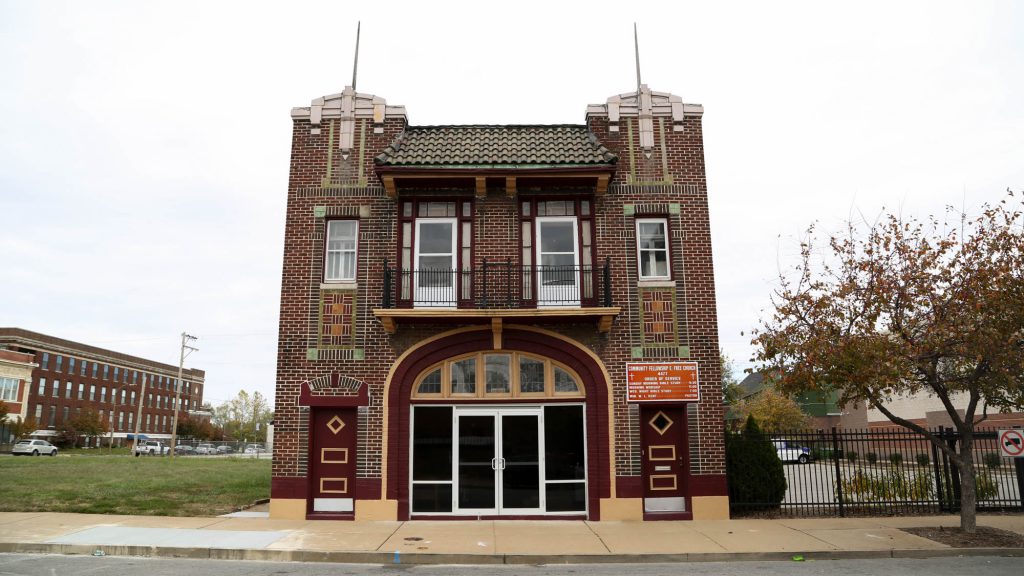 The historic St. Louis Cleaning Company building at 4477 Olive Street on the northern edge of the Central West End is again threatened with demolition. Built in 1917 and designed by architect Edward H.A. Volkmann, the brick, glazed brick and tile structure just east of Taylor is known by it’s towered corner finials and arched storefront with leaded glass windows.

The owner applied this week for a $35,000 permit to demolish the structure. Biome, a public charter elementary school which sits across a parking lot to its east, purchased the St. Louis Cleaning Co. property last year. Biome began operating as a charter school in 2015 and seeks to maintain a strong emphasis on literacy while also preparing students in science, technology, engineering, arts and mathematics (STEAM). Youth Learning Center, which previously provided after-school and summer programs, is Biome’s parent organization.

Over the past decade and a half, the blocks around the St. Louis Cleaning Co. building have seen a tremendous revitalization effort with a mix of historic renovations and modern infill. The Field School across the street has been converted into residential lofts. The residential and commercial stretch to its east has been brought back to life. The Lister Building at the corner of Olive and Taylor has been renovated, as has the commercial building across from it to the north. And on the block immediately west of the Cleaning Building, Pete Rothschiild has built 33 residential units of new construction modern infill at 4528 Olive — while still managing to preserve the historic storefronts. On that same block stand the renovated space for Grey’s Jazz Gallery, the expansive Bowood Farms and Café Osage. 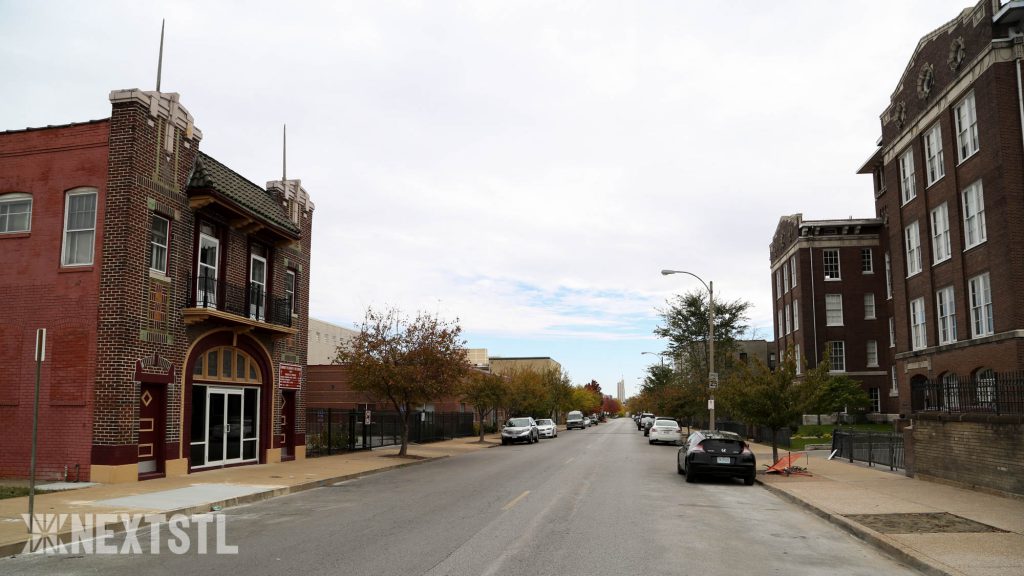 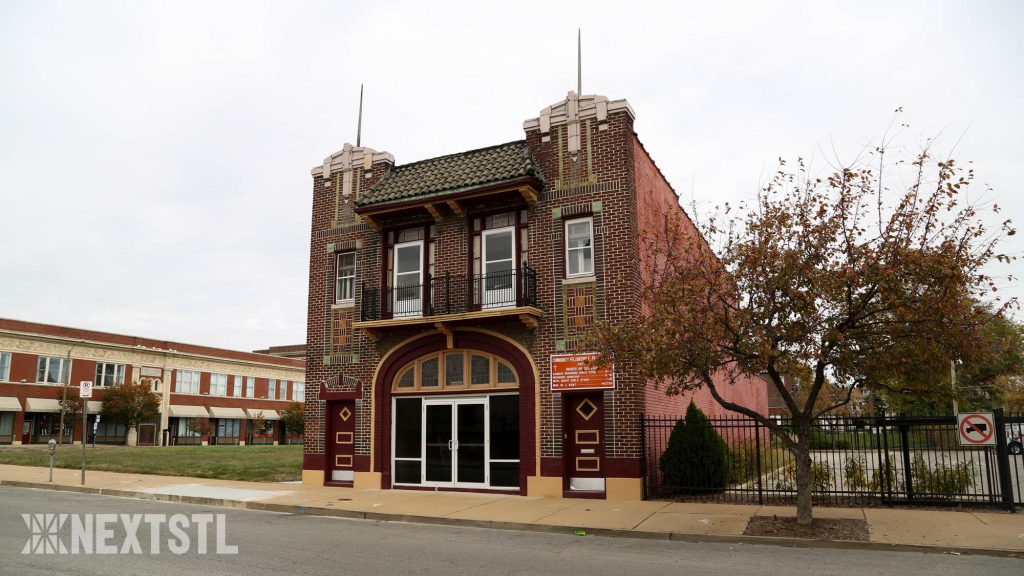 Biome has not yet made public their plans for the property after demolition. The school hopes to grow to a maximum of 220 students. But if they want ideas about how to preserve the exterior of a historic structure while constructing a completely new building within it, they might consider a brief stroll a block west down Olive Street. I suspect Mr. Rothschild might be willing to show them how it’s done.