My favorite residential street in St. Louis isn’t a tree-lined Central West End boulevard of stately European mansions. No. It’s the quirky, edgy, ancient/future mashup called Lafayette Avenue running east-west through the Gate District. Along these ten blocks between Grand and Jefferson rises some of the best modern infill in the St. Louis region, all of it wedged between stunning relics old St. Louis — some renovated, some still shabby around the edges.

“How does the modern fit into the historic?” asks Mark Keoshkorian, who is just completing the first two units of a 12-unit project at Lafayette and California. It’s a question not always allowed in a city filled with historic districts, many requiring replica infill based on a historic model example. In Chicago or New York or in Keoshkorian’s native Toronto, the old and the new sit side by side. “When you compare and contrast those two next to each other, each one really enhances the other.” There’s an energy, a tension, a dialogue that happens in an architecturally diverse environment. “We do a disservice when we try to replicate the historic,” Keoshkorian adds. “It only works when you have a truly massive budget.” 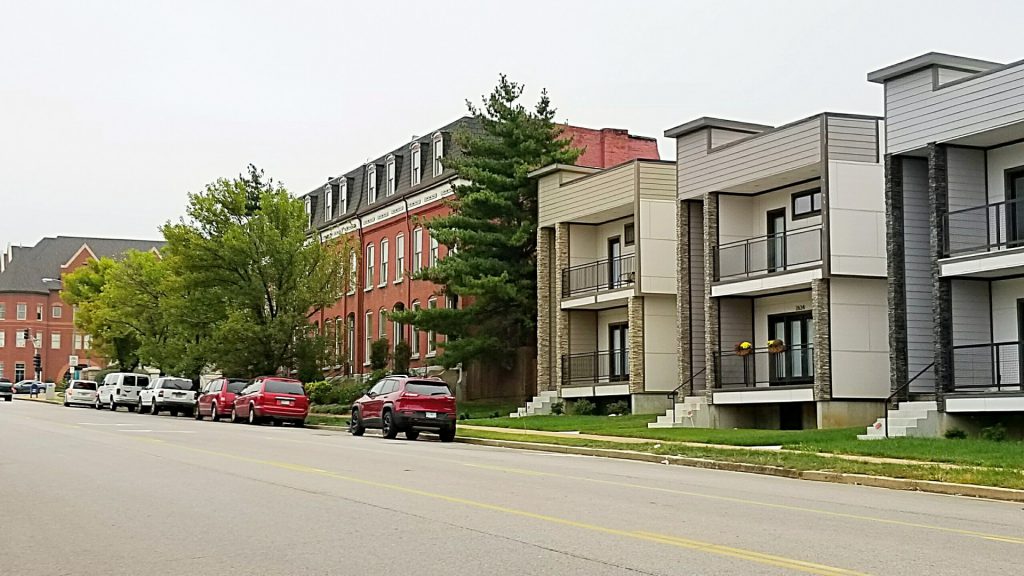 Though banished from some districts, quality modern design has found a home in a few city neighborhoods — in Forest Park Southeast (The Grove) and in Boulevard Heights (the remains of old McRee Town) along Tower Grove Avenue. But the most interesting juxtapositions are rising in the Gate District.

Keoshkorian’s Metamorphi Development has completed at least a dozen houses between Compton and Jefferson. At 2831 Lafayette, a historic renovation gained a modern addition. Next door, a couple who sold their house in the neighborhood bought a vacant lot. Though not a Metamorphi project, the couple is building their modern dream home. Second Empire Victorians continue to see renovation along these blocks, as do brick and cast iron storefronts. Keoshkorian dreams of one day renovating the turreted Garavaglia Quality Foods building at the corner of Nebraska. For now, the Garavaglia family still keeps an eye on the place. 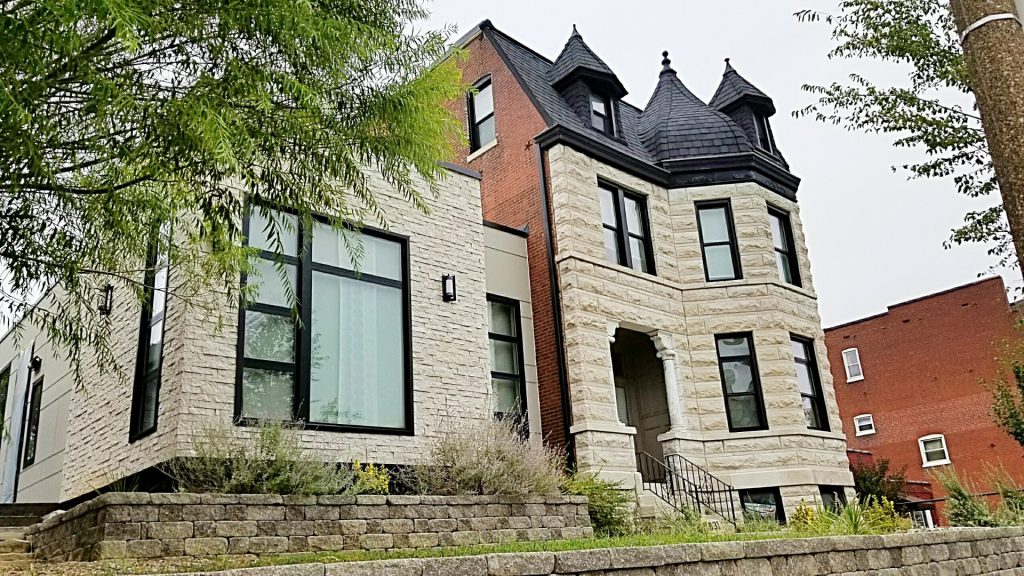 Keoshkorian’s current project will be twelve units in six buildings designed by architect Dave Mastin of St. Louis Design Alliance. The next two buildings will share a central courtyard. Formerly a school blacktop surrounded by a ten foot chain link fence, the site was purchased from the St. Louis Public Schools. The single family unit at 2757 Lafayette is listed for $415,000 and is built around a custom glulam, wire and wood central staircase. 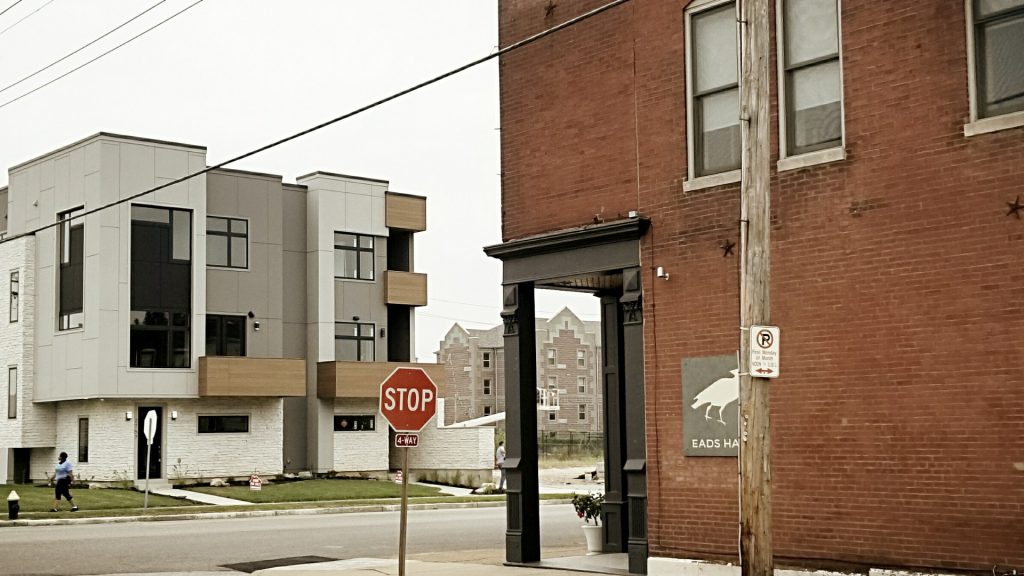 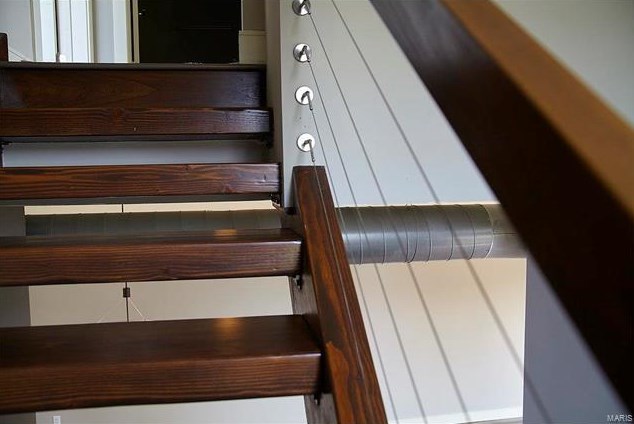 Keoshkorian says he observes a growing interest In modern design among native St. Louisans. When he began fifteen years ago, nearly all of his buyers were transplants. Yet his last round of buyers hailed from St. Louis County, St. Louis City and Belleville, Illinois. Many of them have young children. Perhaps St. Louisans are changing.

The neighborhood along Lafayette is changing. An Aveda salon is open across the street, while Bob Cassily’s former studio stands a block east. And while the neighborhood is seeing a $500 million investment along its western edge with SSM’s rebuilding of St. Louis University Hospital, the genius of Lafayette Avenue is the way numerous small projects are creating a unique urban space. The Dominicans still pray every morning and evening in their priory at the western end of the street. They built a modern addition, too. The historic mansion next door to it at 3259 Lafayette is undergoing a complete renovation. 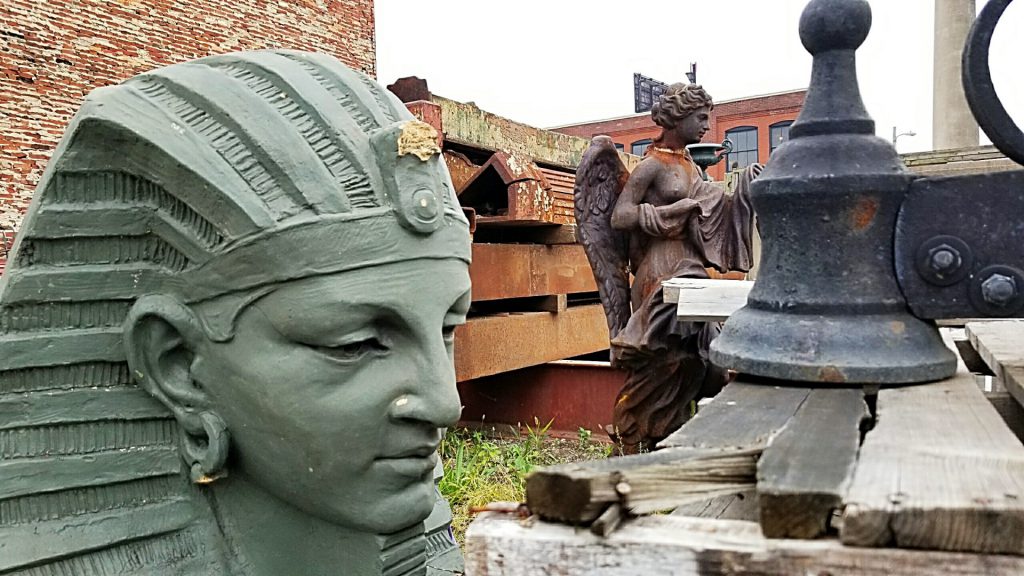 At the opposite end of the street, you can buy a giant (if lightly damaged) terra cotta pharaoh head at the architectural salvage shop that opens on Saturdays. The Barr branch of the St. Louis Public Library has computers and free wifi. And while there is little retail in the neighborhood, there is a hotel. Small businesses like law firms and the offices of Bailey’s Restaurants fill many of the storefronts along Lafayette. And people always love the salmon quesadillas at Ranells Market at the corner of Compton. 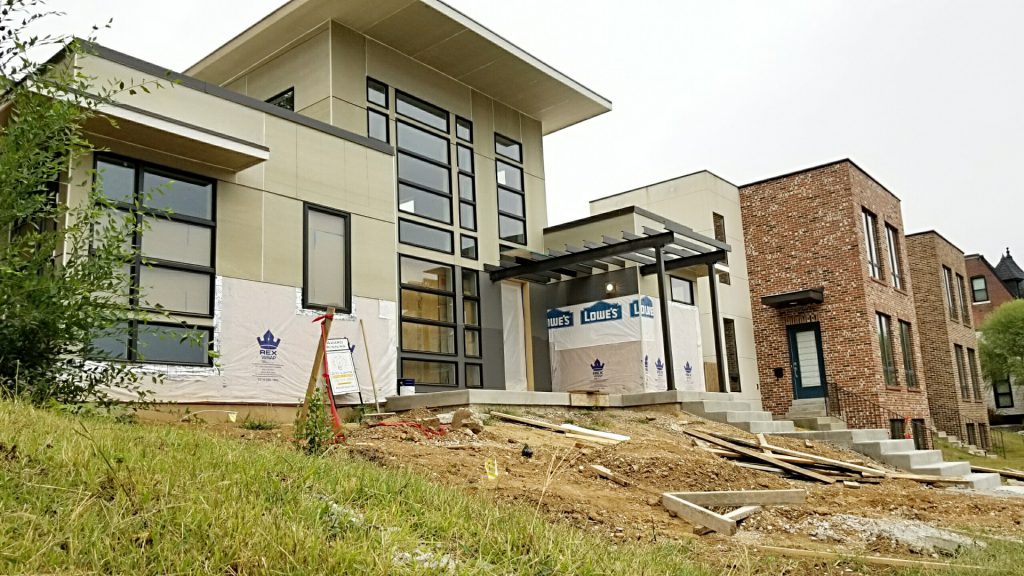 Nothing along this stretch of Lafayette is uniform. This street was not designed by Disney. Interstate 44 hovers within sight immediately to the south. One particularly misplaced suburban house sits awkwardly along Lafayette. There are still vacant lots ready for new construction. The overly wide road surface is begging for bike lanes. But for a street that survived when so many surrounding blocks were bulldozed and redeveloped, Lafayette Avenue through the Gate District is rising. And it is rising with a design vocabulary more diverse and more interesting than any other ten block residential stretch in St. Louis.