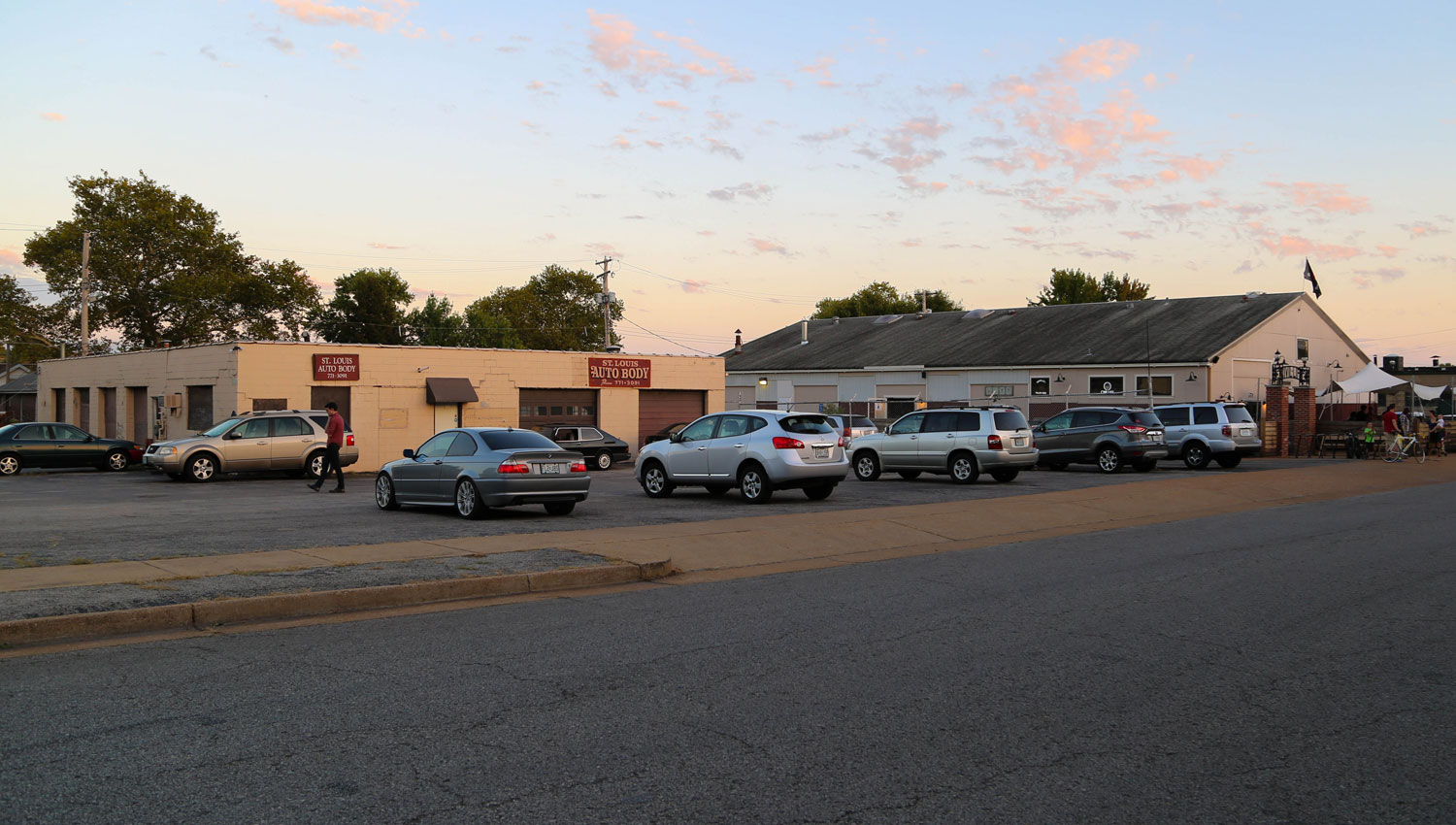 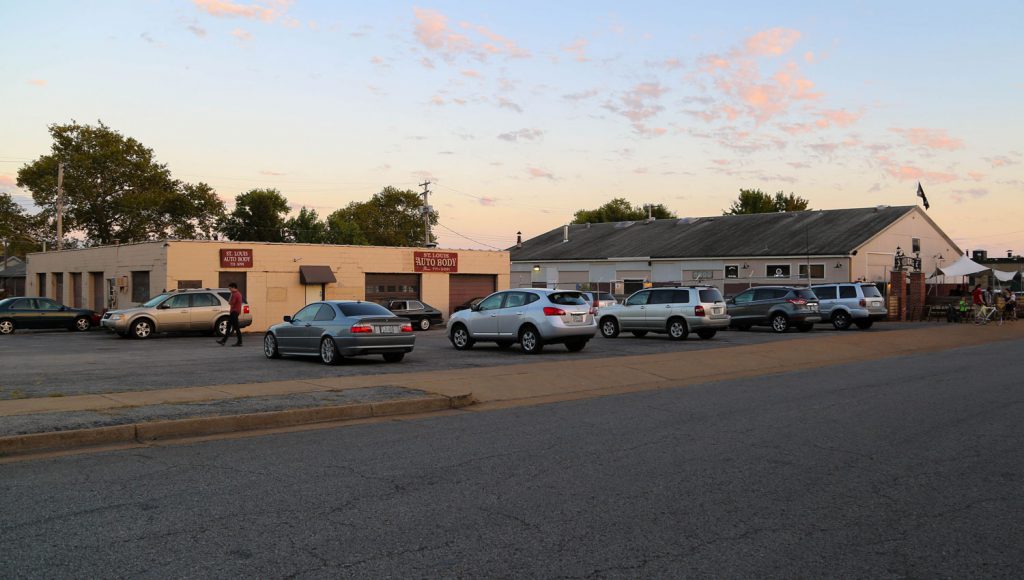 Last week, Civil Life’s proprietor, Jake Hafner, gave his annual State of the Beer Union address on the parking lot outside of his Tower Grove South business at 3714 Holt. For a good half-hour, he discussed current events, politics, brewing and, in his more-direct comments on the subject yet, the immediate future of Civil Life’s expansion to the building directly north, the former home of St. Louis Auto Body.

Shuttered during Civil Life’s six-years in business, the empty structure will be demolished in 2018, according to Hafner, who now owns the site. What comes next is part of a conversation that’ll take place throughout the remainder of this calendar year, as he hopes to announce the exact nature of expansion plans in December. Architectural renderings by Florida-based Hafner Ferlita Architects hint at potential expansions to all aspects of the brewery’s operation. 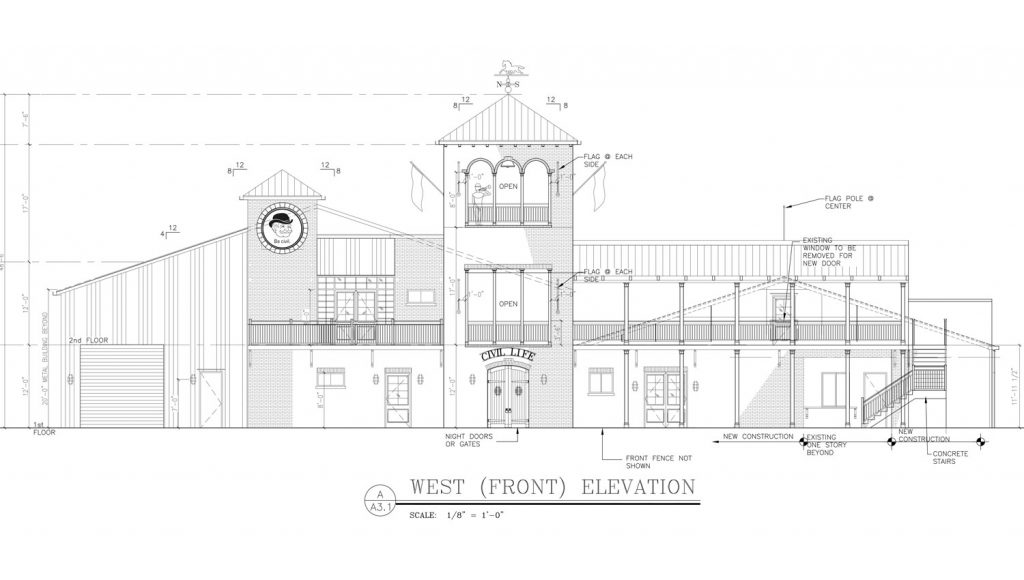 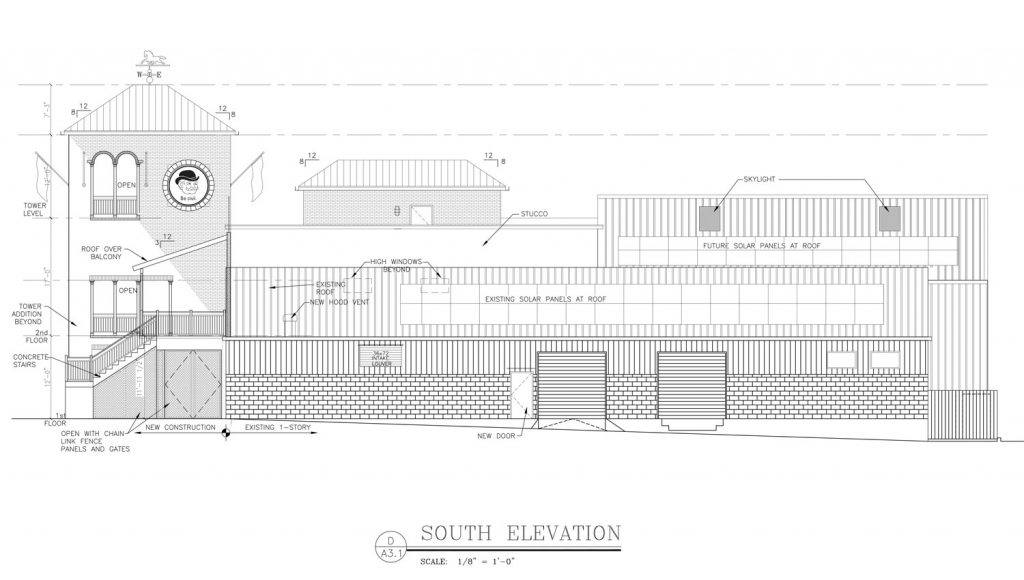 Customers, especially with the sighting of plans, have been in Hafner’s ear about updates and he’s told them that “we’re at the pre-construction level. We’re done with the design stage and are producing construction documents. After those are done, we’ll be applying for permits and then we’ll go to the bank to decide how to finance the project, or at least a part of the project. I’m committed to something at this point.”

Hafner says the expansion will likely involve “a canning facility and a 1,400 square-foot bar, topped by another 800 square-foot bar; well, 790, to be exact. And a three-story tower that I can play the bugle out of every night, with a bell that I can ring.”

While the musical components to that comment may display Hafner’s whimsical sense of humor, drawings do indicate said tower, as well as those two new barrooms. With an overhaul of the current, second-floor seating area, Hafner says that “we’d have four, different, redesigned rooms that would be rentable. That’s something that we can’t do right now.” Arguably the most-dramatic makeover will involve the kitchen, currently an 80 square-foot operation, which would expand to 600 square-feet. Then again, even a minor bump in the amount of bathroom space… that might be the most dramatic element.

“While we knew that we wanted to expand even before we bought that (St. Louis Auto Body) building, it’s been hard to look at the market and know for sure that we were going to grow. I don’t believe there are absolutes in this business and to say, ‘well, we’ll grow every year by 15-20% every year’ is pretty ambitious.”

In saying so, he points to the brewhouse, saying that at the beginning “there were five fermenters and a hot liquor tank. Everything else has been purchased with money that’s come through the door. Like, we own 1,500 kegs and all of those have been purchased as we’ve gone along. It’s been a very natural, organic business. Customers come in, we buy more stuff for over there (in the brewhouse); more customers come in, we buy some more stuff for over there.” 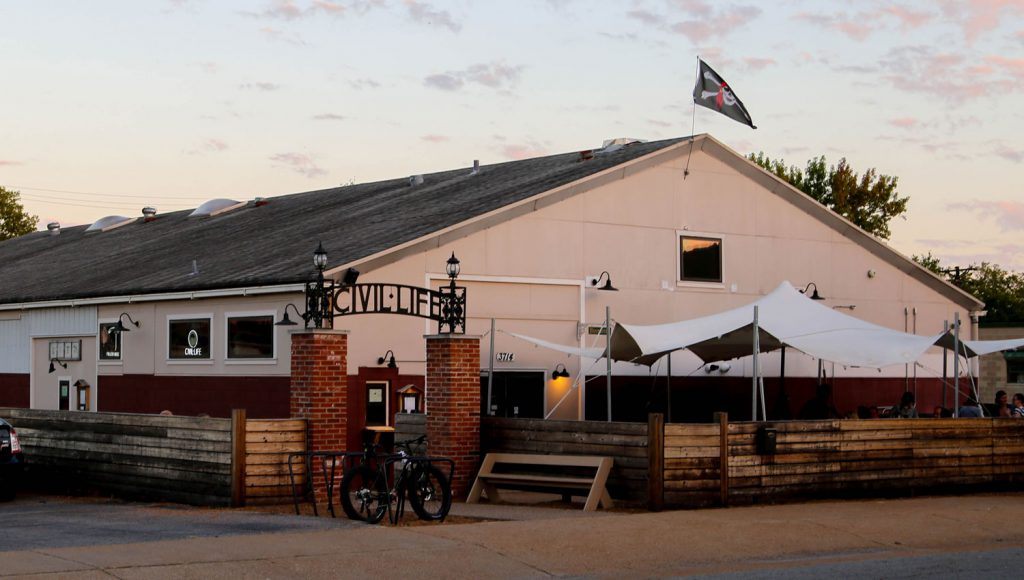 Hafner says that he’s “in what a lot of small businesses go through when they’re in this position. You try to get a handle on what we need to add and what it all means.”

In balancing out growth, Hafner’s often pointed out the fact that the business (now with nine full-time and three part-time employees) has attempted into invest in staff, to the tune of paying for health insurance, offering sick time and a 3% business add-on to savings plans.

“There’s the reality that I can’t mess this up for them,” Hafner says. “I don’t have any other investors. There’s been a lot of sweat equity and the business that we’ve brought in has been through a natural business model of growth. Now, we’ll definitely have to borrow money, but be careful to not borrow too much. It’s tough, but it’s time to do something.”

Hafner says that “from here-on-out, we’ll be working the market more than we have, making sure our message is getting out, affirming our friendships with bar owners and people who’ve supported us over the last five-plus years. I’ve always said that this model only works if other people are pouring our beers; drinking Civil Life at other places is as great as drinking it here. I’m a huge pub person; I opened a wine bar before this. And to me, these spaces are integral to our society, as places to meet-and-mingle and discuss things. Great pubs and restaurants are vital to our culture.”

He adds that “Tower Grove South, Shaw and Tower Grove East have been so supportive of our brewery; it’s heartfelt, the love I have for this area. Five of our top 20 accounts are within three-miles of here and being that hyper-local means so much. For us local guys, ‘drinking local’ means so much. What makes the city great is being able to walk down the street to a place and there’re more of those places now than when we began six-years ago.”

The Civil Life HQ in South City may soon look radically different. If that move would’ve been years-in-the-making, the idea of massive change to the basic Civil Life formula is even farther away than that. Hafner says that he and “head beer magician” Dylan Mosley will still “focus on malt-driven, sessionable ales with moderate ABVs. We strive for well-balanced beer and that’s what our customer base has honed in on with us; Whatever style we make, we try to represent the style as best as we can, within the limitations of not being in another country; we’ll still be brewing with St. Louis City water.

“Craft beer has to figure itself out,” he says in both a national and local sense. “The formula has to be on creating great-quality beer at a fair cost. I have an appreciation for some of the great makers in this city, those who create very unique beers; like the folks at Side Project or Perennial. These are really fascinating beers, they take risks in what it means to be a brewer. There are some very impressive beers in town. And there’s no one that serves the breadth of beer that we do in the United States. There’s us on one end and that we’re so far ahead is something to really be proud of, hands-down.”