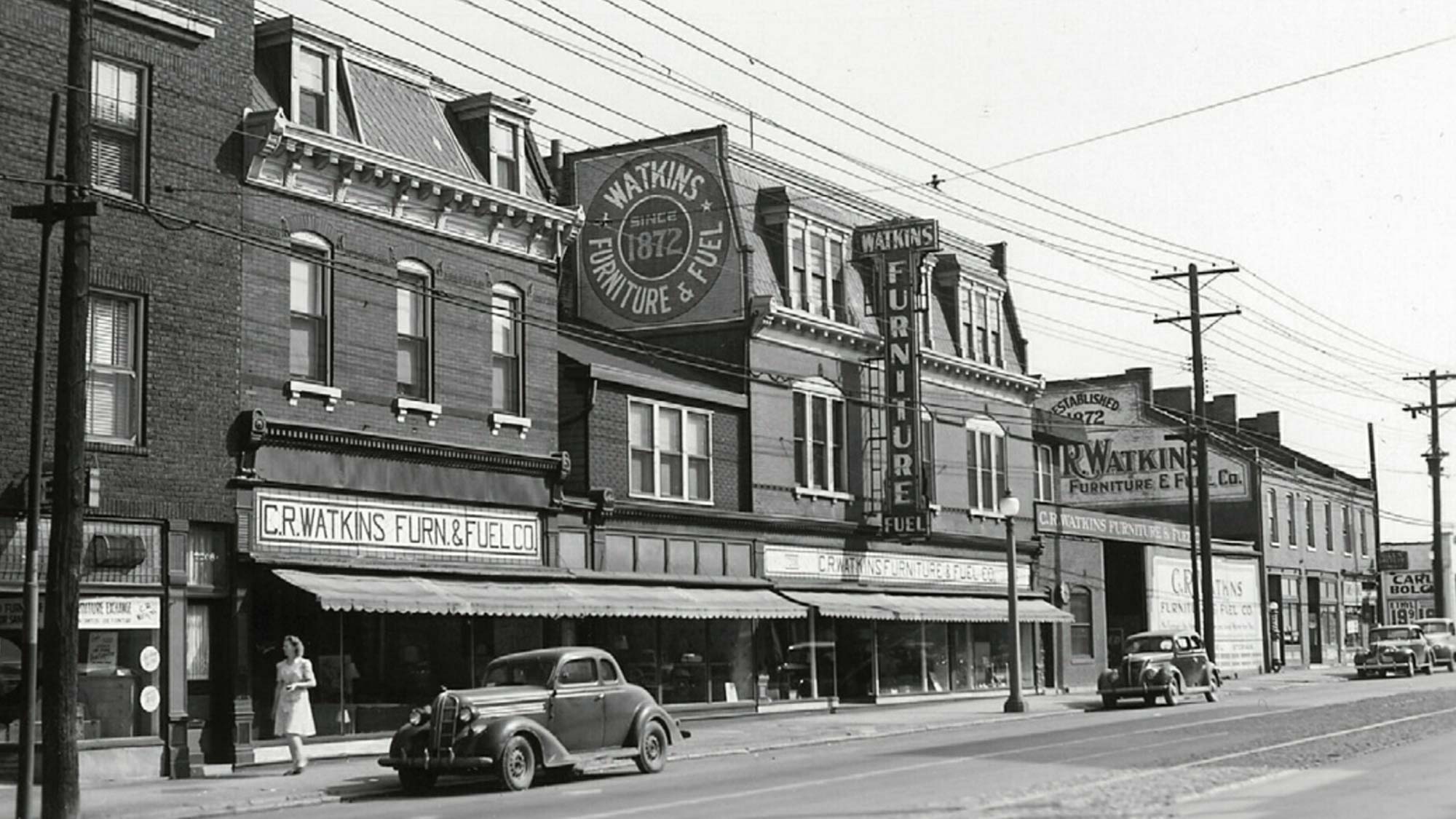 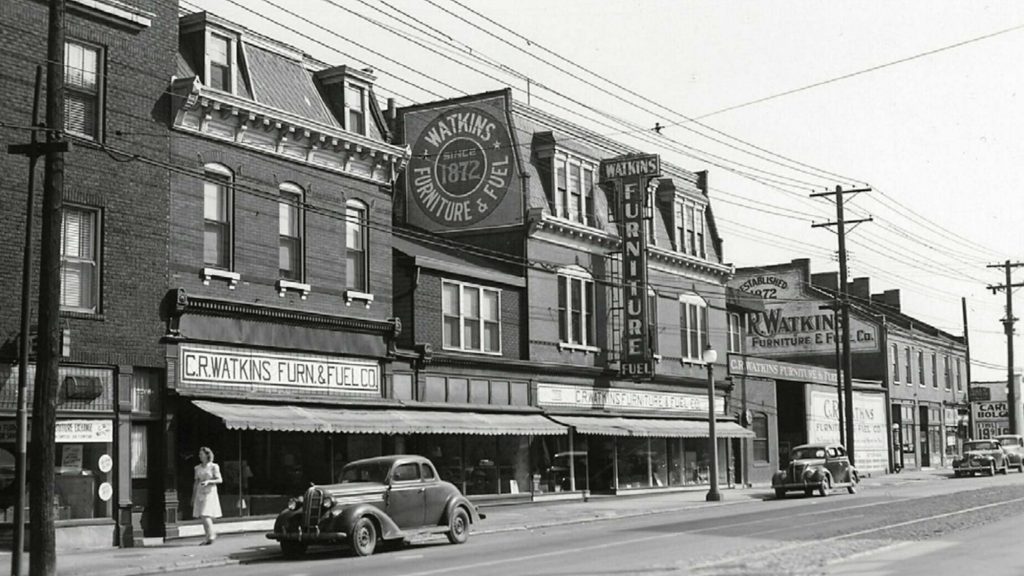 A block-long commercial stretch in Carondelet faces potential demolition. The Watkins Block at 7200-30 South Broadway forms the center of the once thriving S. Broadway commercial district and sits directly across from the historic Southern Commercial & Savings Bank. Most of buildings on the block date to the 1870s. Originally a French village, Carondelet became part of St. Louis City in 1870. The Watkins Block was condemned for occupancy in 2012 after years of neglect. It lies within the Central Carondelet Historic District. 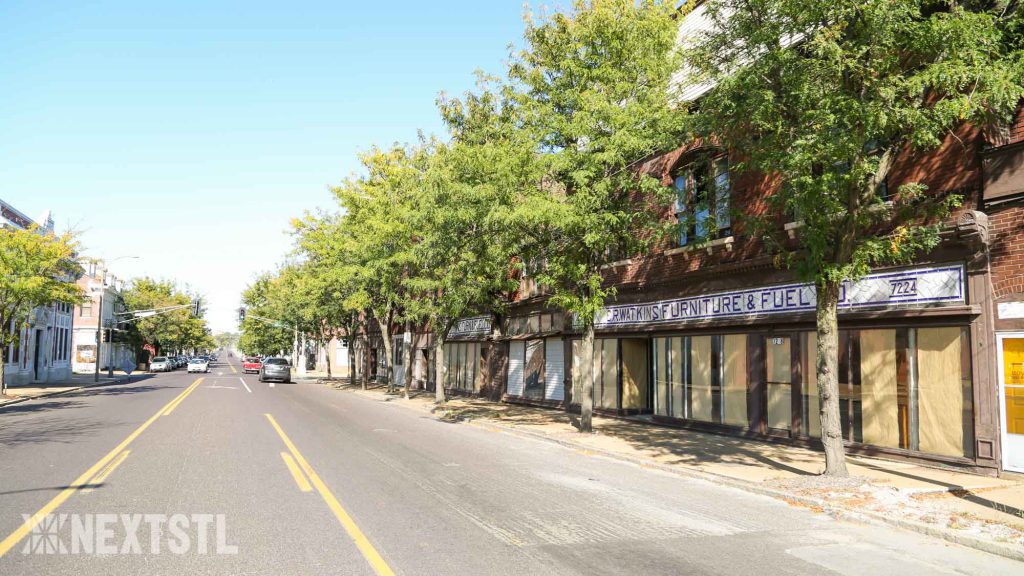 A previous redevelopment plan by Jaymes Dearing’s RESource LLC had envisioned reactivating the storefronts with retail, restaurant and office use, with twelve residential units above. That project qualified for 20% federal historic tax credits, 25% Missouri historic tax credits and a 10-year city tax abatement. That plan also proposed using the city’s 50/50 facade program to offset restoration of the fronts facing Broadway. As part of that redevelopment effort, the city rezoned the property from “J” Industrial to “F” neighborhood commercial district. Dearing purchased the property in 2013.

Nevertheless, even after investing over $225,000 in the project including new roofs and tuckpointing for the three southernmost buildings, one of those buildings has sustained a partial rear structural collapse. In a letter sent to the city’s Cultural Resources Office dated August 11, Dearing writes, “New estimates for the project now range between $4-5 million dollars, whereas, initially it was $3-4 [million].” To date, Dearing has been unable to line up a workable financing package and now proposes demolition of the entire block. 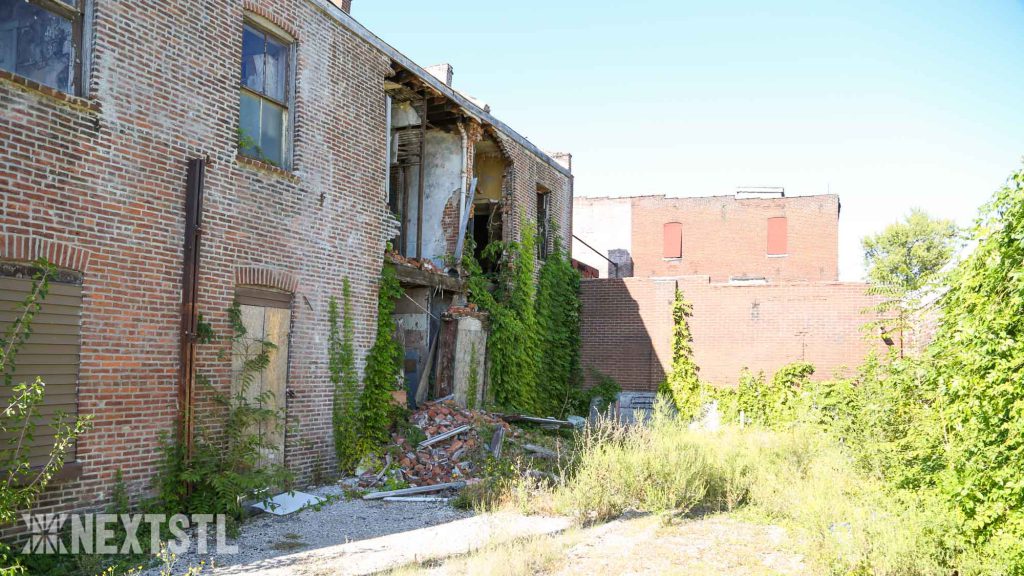 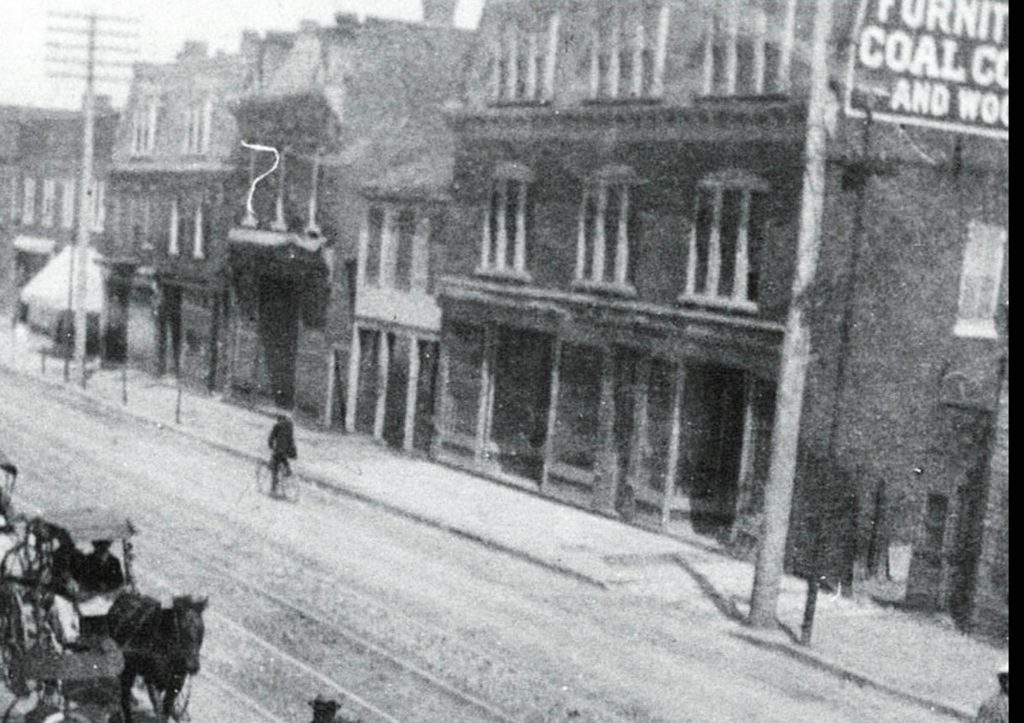 A 1947 photograph shows C.R. Watkins Furniture and Fuel Company having grown to take up most of the block. A glass sign stretched horizontally along the front of the building, while another sign projected vertically from the front of the building. Additional signs were painted on the brickwork along the sides of the building. Lamps and furnishings were visible through the plate glass storefront windows. Al’s barbershop was still open next door, as was a gas station. The cobbles lining the streetcar tracks were still visible on the road surface.

The Watkins Block reads as a textbook of commercial vernacular architecture between 1870 and 1920. On the same block one sees cast iron storefronts still intact, while other windows may be brick flat arches or segmented arches with keystones. Some buildings have side gabled roofs, others flat roofs, and still others second Empire Mansard roofs. Cornices up top may be in corbelled brick, in dentilled wood or glazed terra cotta. All buildings are contributing structures to the historic district. 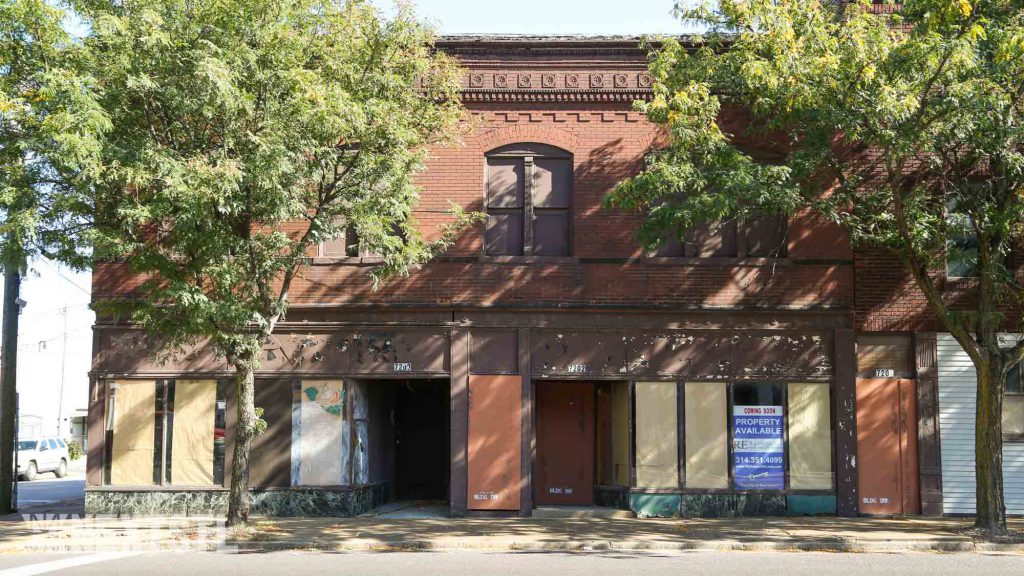 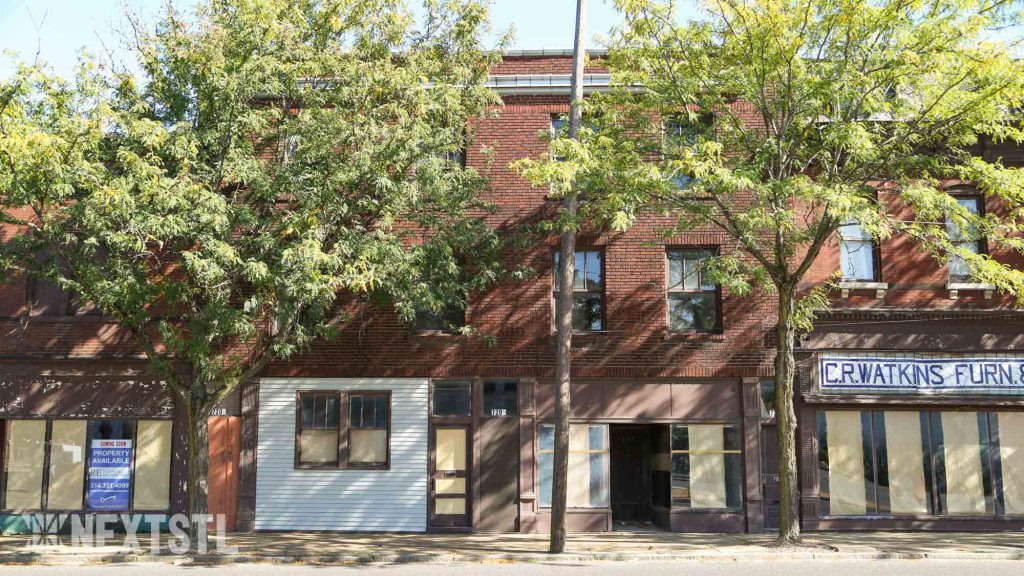 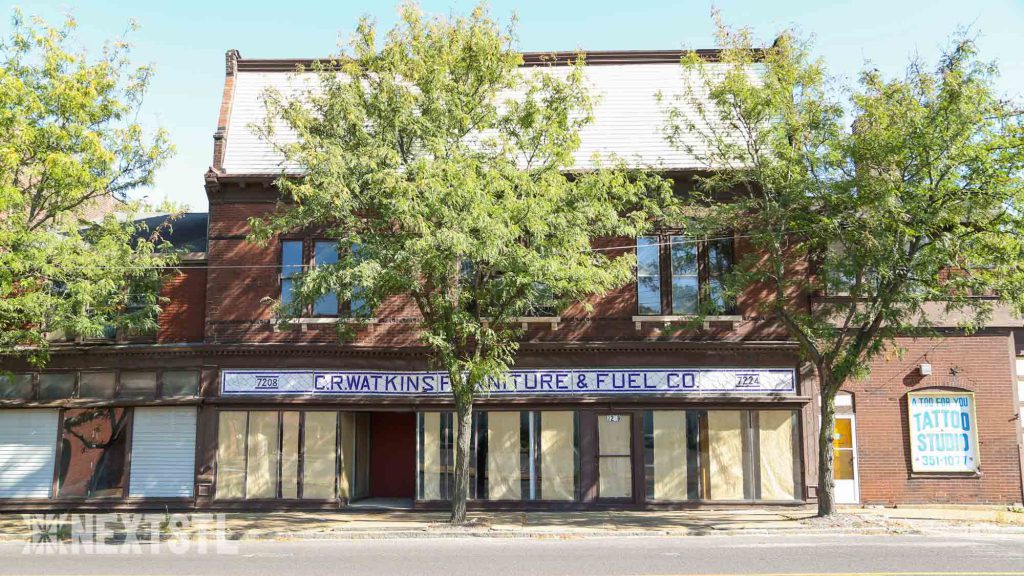 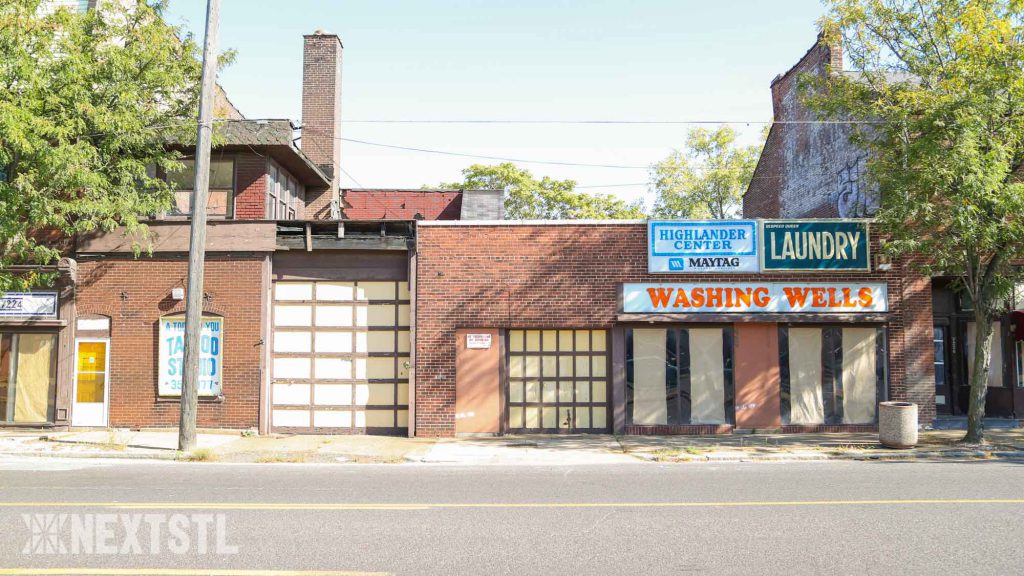 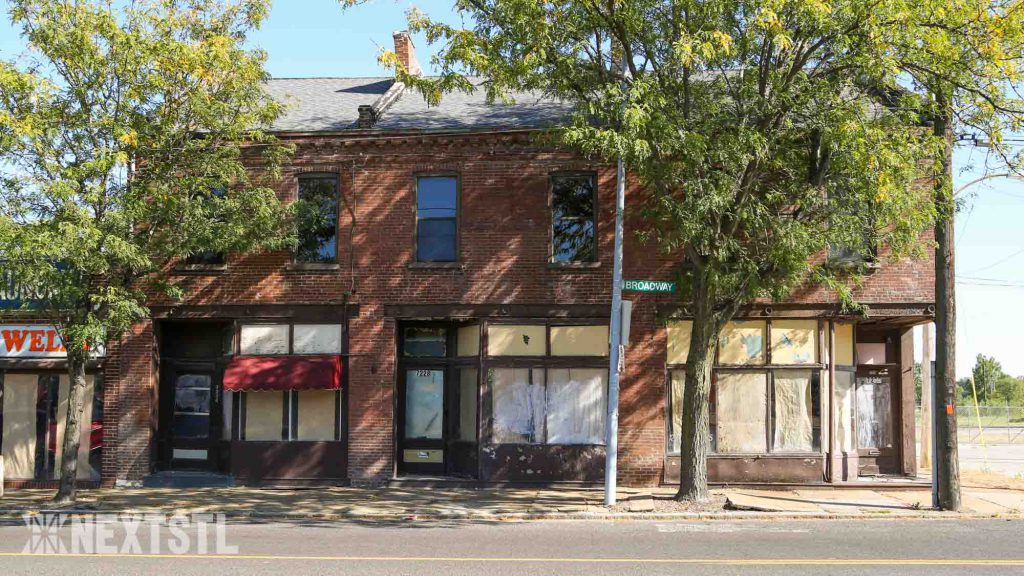 Charles R. Watkins was associated with buildings on this block since at least 1879. A charter member of the Carondelet Lions Club, Watkins lived nearby at 5803 Michigan, where the I-55 interchange now stands. Watkins stood as Republican candidate for City Treasurer in 1938, pressing his case to the Attorney General and forcing an election after Mayor Bernard F. Dickmann, a Democrat, tried to appoint a friend to the traditionally elective office. The stained glass above the store in the 7200 block of S. Broadway still bears the Watkins name.

The city’s Director of Cultural Resources has denied the owner’s request for a demolition permit, a decision Dearing has appealed. The Preservation Board will review that denial at its October 23 meeting.