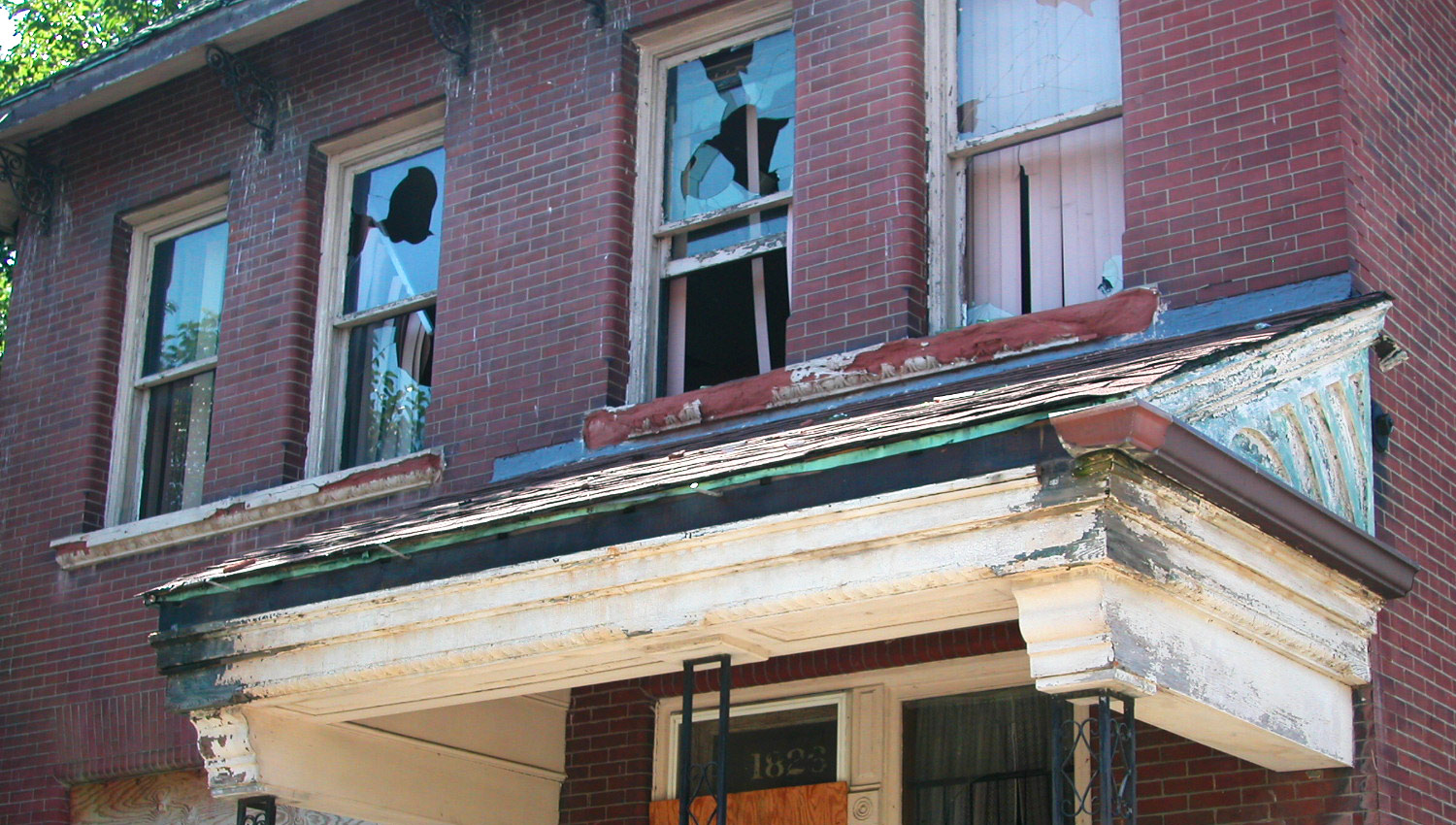 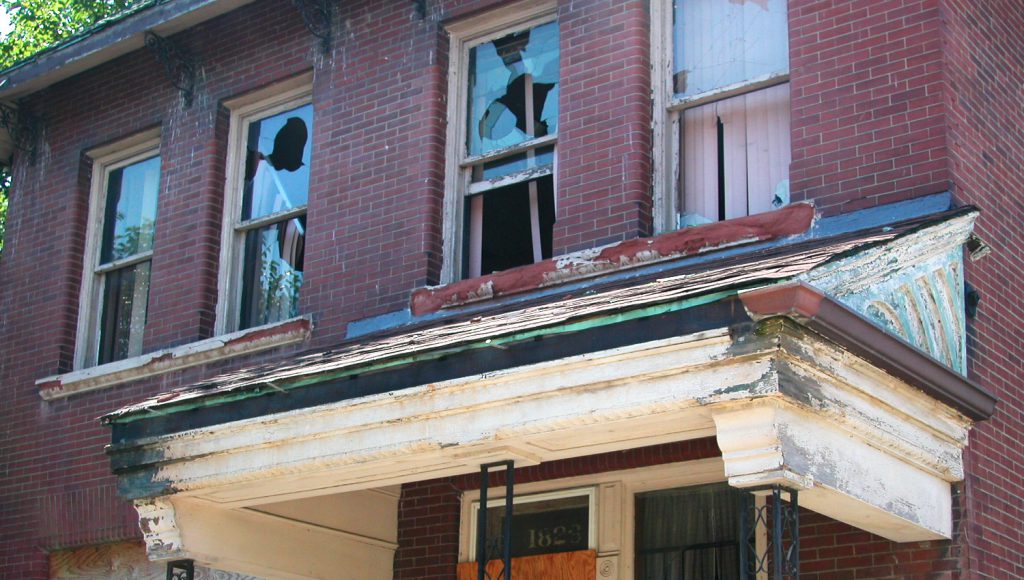 In the past two weeks, as St. Louisans took to the streets in order to send a message to their government and their courts, some voices chose to speak mostly of broken windows. Some people – whom police cannot yet even link to the city’s civil rights movement — shattered windows downtown, in the Delmar Loop and in the Central West End. Television news reveled in chop edits suggesting that pandemonium had set in.

Predictably, elected officials came to the forefront. Mayor Lyda Krewson told the city that “destruction cannot be tolerated.” Right-wing Governor Eric Greitens, a former neighbor of Krewson’s in the city’s Central West End, was more fixated on windows than the mayor. After the Delmar Loop had a few storefront windows broken, the governor posted an image of a man who did not break windows being arrested with this warning: “You break a window, you are going to be behind bars. It’s that simple.”

Unfortunately for the head of state, it’s really not that simple. It may depend on which window is broken, and who breaks it.

A few days ahead of the verdict in the Jason Stockley case, Governor Greitens implored those who might disagree with an acquittal to not turn their “pain into violence.” This platitudinous remark followed a near century of similar remarks, uttered by politicians right, left and center, all urging the disenfranchised not to take rebellion too far. Each and every one of these remarks has been callous in its lack of empathy, especially following the loss of lives.

Every time an elected official raises the specter of the destruction of private property, that person elevates mere building material into the chief subject of law, when in fact the law promises that human beings are its chief subject binding the state to prosecute violence against them. However, there is an almost theological dimension to these statements – as if property is a sacred thing, and its condition a covenant with the very order of life itself.

Property, however, is a very profane thing – and its history in St. Louis and the United States demonstrates the lie of its supposed sanctity. The history of private property in this nation is capacious in literature, but overflowing with details that begin with the theft of the very land of this nation from those who were already here. Beyond the early bloodshed, the remaining history under the law of the United States of America has failed to protect property when it stands in the way of the most powerful and predator citizens, and had enabled its weaponization through public subsidy.

The rights to even own real estate in St. Louis were gravely restricted from the get-go. First, human beings were subjected to racist laws that considered their own bodies to be property. Later on, after emancipation, St. Louis took to using its first zoning law in 1916 to restrict the rights of people of color to title land in their names. When the United States Supreme Court struck down that law in a 1917 decision, the Real Estate Exchange expanded an emerging system of restrictive covenants to bend the legal system to its white supremacist aims. From 1923 until 1948, real property ownership was restricted to only those who felt that their god made them worthy of its ownership.

This horrid chapter was not just limited to St. Louis. In 1925, Dr. Ossian Sweet purchased a new bungalow in Detroit. Dr. Sweet was black, while his neighbors were white. When he moved in, he found his house surrounded by a white mob, who attacked the house. The white mob first broke windows to signal their domination, and none who broke the windows were arrested or charged. Dr. Sweet eventually fired shots into the mob, killing one person. He stood trial, represented by Clarence Darrow, and was acquitted under the logic of the castle doctrine. The Detroit police assiduously refused basic protection of the doctor’s property while he was in jail, however. A mob tried to burn the doctor’s house while the police had custody of the property. No one was arrested.

In St. Louis, after liberation of land ownership in 1948, the city government ended up breaking many windows. The city used a federally-enabled slum clearance program to eradicate black land ownership in Mill Creek Valley and DeSoto-Carr. Missouri abetted the project with its new interstates in the 1950s – one cleaved the Pleasantview neighborhood in half in south city, while another was built atop bodies buried in the black Washington Park Cemetery. The titles held to secure these places as private property mattered little. Equivalent figures to Mayor Krewson and Governor Greitens did not assert the sanctity of ownership then. These figures extolled the need to steal and clear in the interests of increasing the values of land owned by other St. Louisans.

More recently, Missouri and St. Louis colluded to enable developer Paul J. McKee, Jr. to use property as a weapon against a part of north St. Louis where many people were toiling to rebuild houses despite years of disinvestment and demolition. To counter their leverage of property and wealth, the city and state pressed for McKee’s massive subsidized project, which to date has not resulted in a single new or rehabilitated building save his small field office.

The state even created a Distressed Areas Land Assemblage Tax Credit in 2007 – mercifully sunset in 2013 thanks in part to then-Governor Jay Nixon – to finance 50% of McKee’s land purchases with state tax credits. When I looked at board-ups this week in the Delmar Loop, adorned now by artful murals and messages of conciliation, I though back to my years living in Old North during the peak of McKee’s secretive purchasing.

In those years, McKee’s companies would buy occupied houses, requiring evictions before closing with an owner. Some were owner-occupants, and others landlords. All received payments larger than McKee could afford, thanks to the tax credit provided by Missouri state government. Each building told of its purchase as soon as it happened. The grass began growing wild, before the front door would be kicked in. Soon enough, the windows where once I saw people watching out or curtains would be shattered. Trash would pile up. Brick thieves would pull down walls, often in concert with arsonists either assisting or just taking advantage. Part of the city seemed to be under siege by a lawless force.

And yet, law was actually on the side of this project. Beyond the state tax credits, the City of St. Louis granted McKee redevelopment rights and the ability to exercise eminent domain in 2009. Krewson, then an alderperson, voted in favor. At the time, a beleaguered mass of residents of the north side begged the city not to hand out redevelopment rights to someone who was using his properties to inflict spatial violence upon our own houses. Some of us even presented the effect of the purchasing on our property values or ability to sell our houses. City leaders, who now seem infatuated with property based on a few broken windows, told us to wait and see.

Two years ago, resident of St. Louis Place were disposed of their land ownership in order to relocate the National Geospatial-Intelligence Agency to land that required remuneration of nearly $17 million to McKee (some of it for land he had purchased from the city for much less). McKee and city leaders used images of broken windows to make the case for a large-scale project remediating blight, but did not attest to how many windows their own militancy had shattered. Neither did they seem to think much of the private property in the way of the project, or the rights of its mostly-black owners.

Thus today there are many of us who have watched the contradictions in how our governments assert the right to property, and sigh at the piety around a handful of windows. That does not mean that we think those windows should have been broken. Focusing on the supposed approval of breaking windows negates our memories only by logic that embraces the ways in which private property has been a fiction. In fact, it admits that it is a fiction and not any real guarantee of law. St. Louisans should question that gap in their words and deeds.

Instead of the elected officials’ statements, I think of one made by Dr. Ossian Sweet’s attorney. In 1902, Clarance Darrow addressed the prisoners in the Cook County Jail. Darrow presciently linked crime to poverty, and told those jailed that “[t]here is one way to cure all these offenses, and that is to give the people a chance to live.” I don’t use this an excuse of all crime, but as a small declaration against those who freak out at broken shop windows but don’t try to understand the systems of legal exception that make all windows vulnerable.

More simply, perhaps, are the words of one placard that someone carried through St. Louis University’s campus after the Stockley verdict: “Justice Not Justification.”