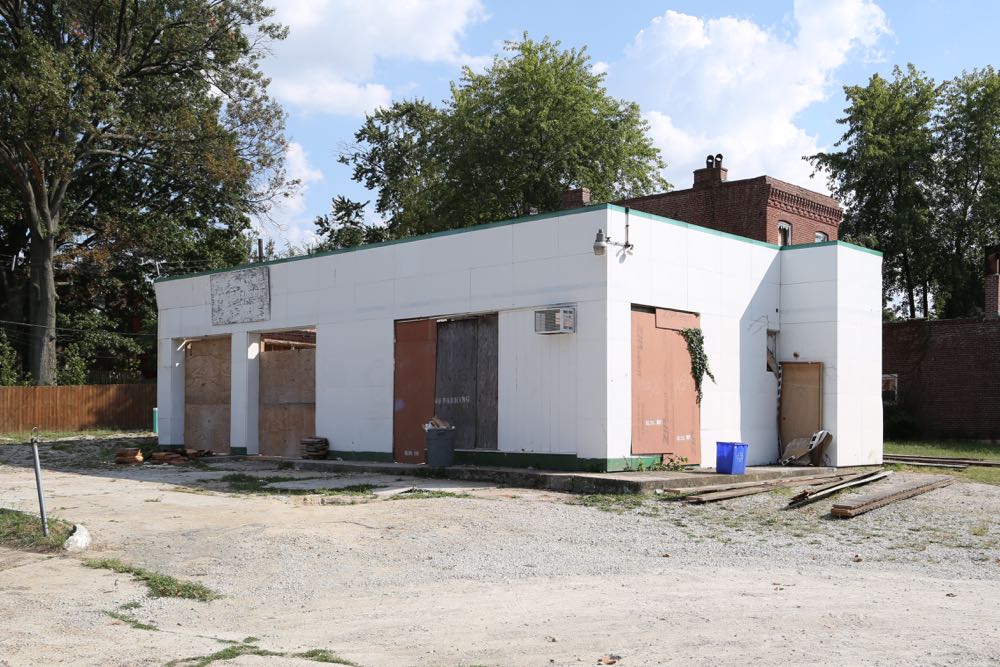 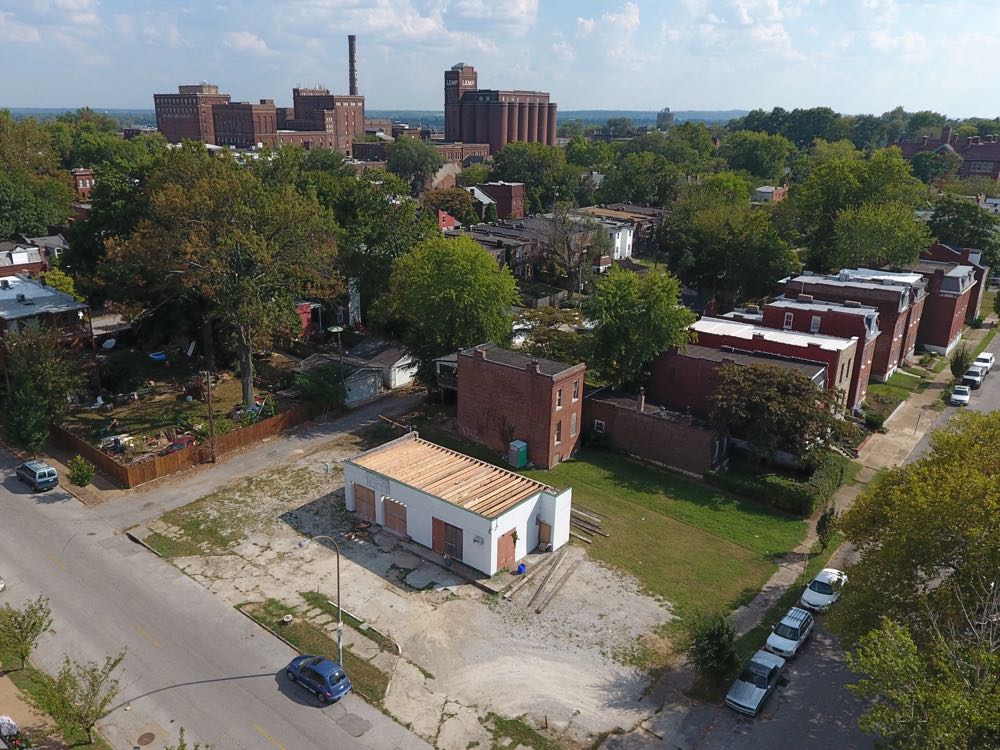 With project leadership by partner Kevin King, developer King Campo LLC is working with restauranteur Carolyn Bauer and her adult daughters, Cora Bauer and Lauren Bauer. The planned name for the new eatery is the same as the address: 1956 Utah.

Designed by locally respected firm Saum Architects and built in 1937 by Harry F. Sieving, the property operated for decades as Burgherr’s Service Station. Before Interstate 55 was constructed, Utah Street provided an uninterrupted east-west connection between Grand and Broadway. This was a street without tracks, a route that allowed drivers access that was unimpeded by streetcar stops.

Drivers along Utah were attracted to the futuristic vision Bergherr’s station evoked. While 1956 Utah is within the Benton Park Historic District, it is not a contributing resource. The property’s nomination to the National Register of Historic Places instead identifies the building as qualifying by embodying the distinctive characteristics of the pre-World War II “Oblong Box Type” modernist filling station.

In 1937, the streamlined modernist service station signalled a shift away from the earlier gabled Craftsmen and Tudor style house-type filling stations. The building’s modern porcelain emameled steel wall panels and flat roof spoke to the cleanliness and efficiency that the automotive era evoked in the 1930s.

The building — vacant since 1997 — still boasts exposed joists and industrial windows. The original wood garage doors remain intact and in place. Storage tanks underground were removed in 2014. King is experienced with historic renovations, and the property is expected to be eligible for state and federal historic tax credits. The architect for the project is Michael Englebert Griffin.

The developer has received preliminary approval for site development with MSD’s Project Clear grant program. Plans include two large rain gardens and two bioswales that will trap rain water runoff. Working with MSD in partnership with the Missouri Botanical Garden, the design will be populated with native Missouri plants to provide habitat for birds and insects including host plants for Monarch butterflies.

Restaurant plans include seating for 39 inside, plus outdoor dining with new hardscape and fire pits. According to King, the courtyard will be paved with historic street pavers repurposed from a section of Mullanphy Street now being removed for the NGA project north of downtown.

Chef Chris Bertke will bring to 1956 Utah a mixed menu with a large selection of clean food options — ingredients that avoid the Environmental Working Group’s “Dirty Dozen” foods most contaminated by pesticide residue. Half of the menu instead will higlight the “Clean Fifteen” ingredients most likely to be pesticide free. Plans include GMO-free, organic and gluten-free options.

But the other half of the menu will still focus on American classics. They’ve ordered a brick oven for pizzas. The menu will include grass-fed burgers and fries.

While the owners are aiming to keep the menu affordable, they also are hoping to go tip-free. A previous venture Carolyn Bauer has run with her husband Sam — food service at City Museum — has succeeded tip-free. Sam says that their average worker there makes nearly $40,000 a year because their hours are more consistent. A 16-year veteran from City Museum will be general manager at 1956 Utah.

Operating hours have not yet been determined.