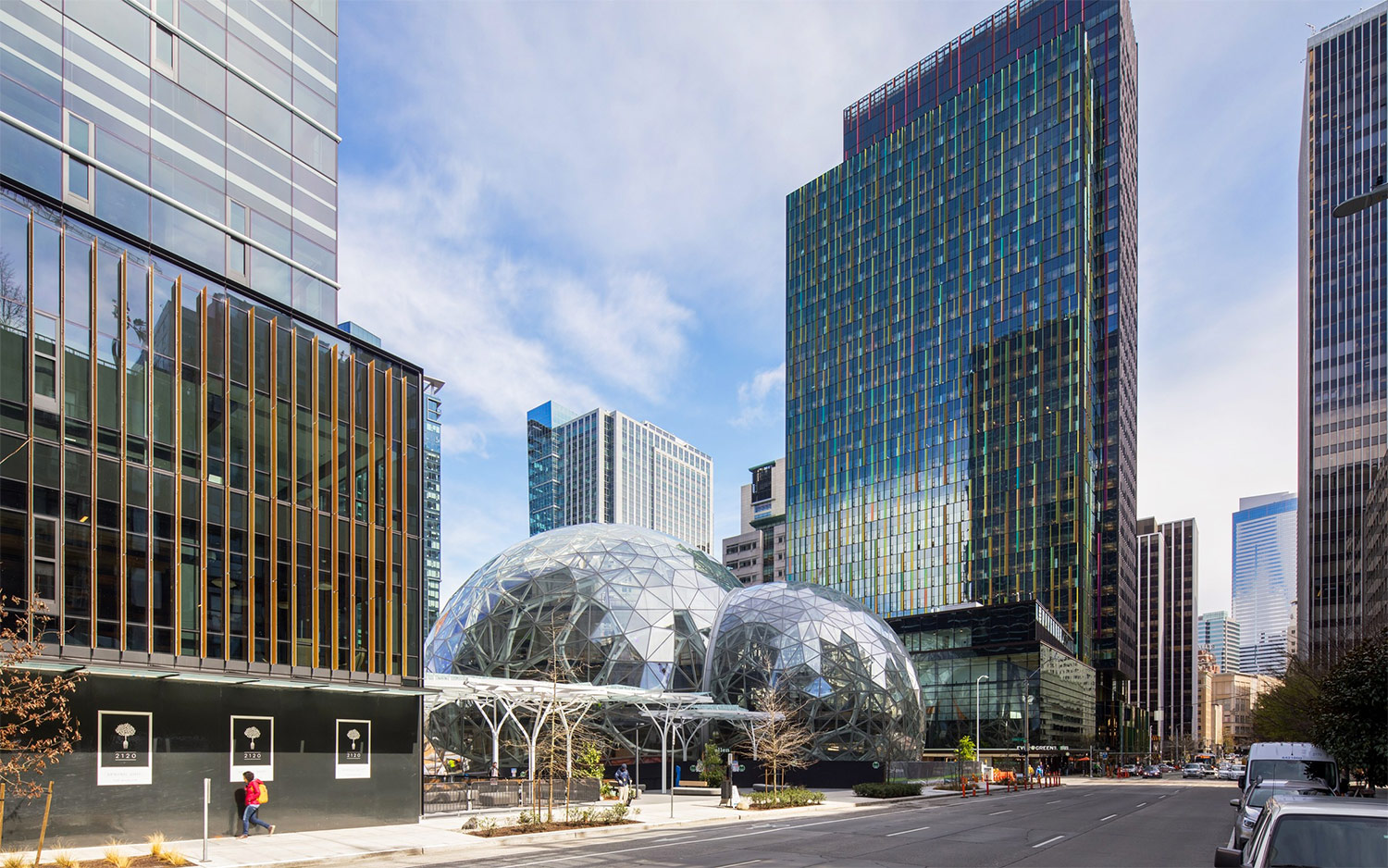 Today, as many of us know, Amazon (NASDAQ:AMZN) has announced that they are looking for a “Second Home” in regards to their corporate offices. In other words, they are looking for a Second City to call home. The ambition? A $5 Billion development capable of holding up to 50,000 Employees. When the news was announced, St. Louis (and literally every single other large U.S. City) jumped into the bidding process to get Amazon to build, what they call, HQ2.

According to the press release on Amazon’s website, “HQ 2 is to be a full equal to Amazon’s current campus in Seattle, creating as many as 50,000 high-paying jobs. In addition to Amazon’s direct hiring and investment, construction and operation of Amazon HQ2 is expected to create tens of thousands of additional jobs and tens of billions of dollars ($38 Billion) in additional investment in the surrounding community”. The possible $38 Billion return investment into the local economy, hopefully in St. Louis, would do wonders on magnitudes not yet seen here. Furthermore, Amazon wants HQ2 to be in a region that has a population of more than 1 Million people. The St. Louis region has nearly 3 Million so we’re fine on that criteria. Because of the significance of this project, both Mayor Krewson and County Executive Steve Stenger have formed a team to make “one of the most competitive bids” for Amazon’s HQ2 project. So now the questions are, “where is this going to go?” and, “Is regional fragmentation going to slow, and possibly derail the bid altogether?”

Judging by how quick both Mayor Krewson and County Executive Stenger jumped on this to work together, it seems the fragmented region is slowly trying to work together. In a situation like this, both the county and city can benefit from having HQ2 here, which led to the two governments working together on trying to win the bid to gain HQ2. But still, where is HQ2 going to go if we win the bid? Here are some ideas. 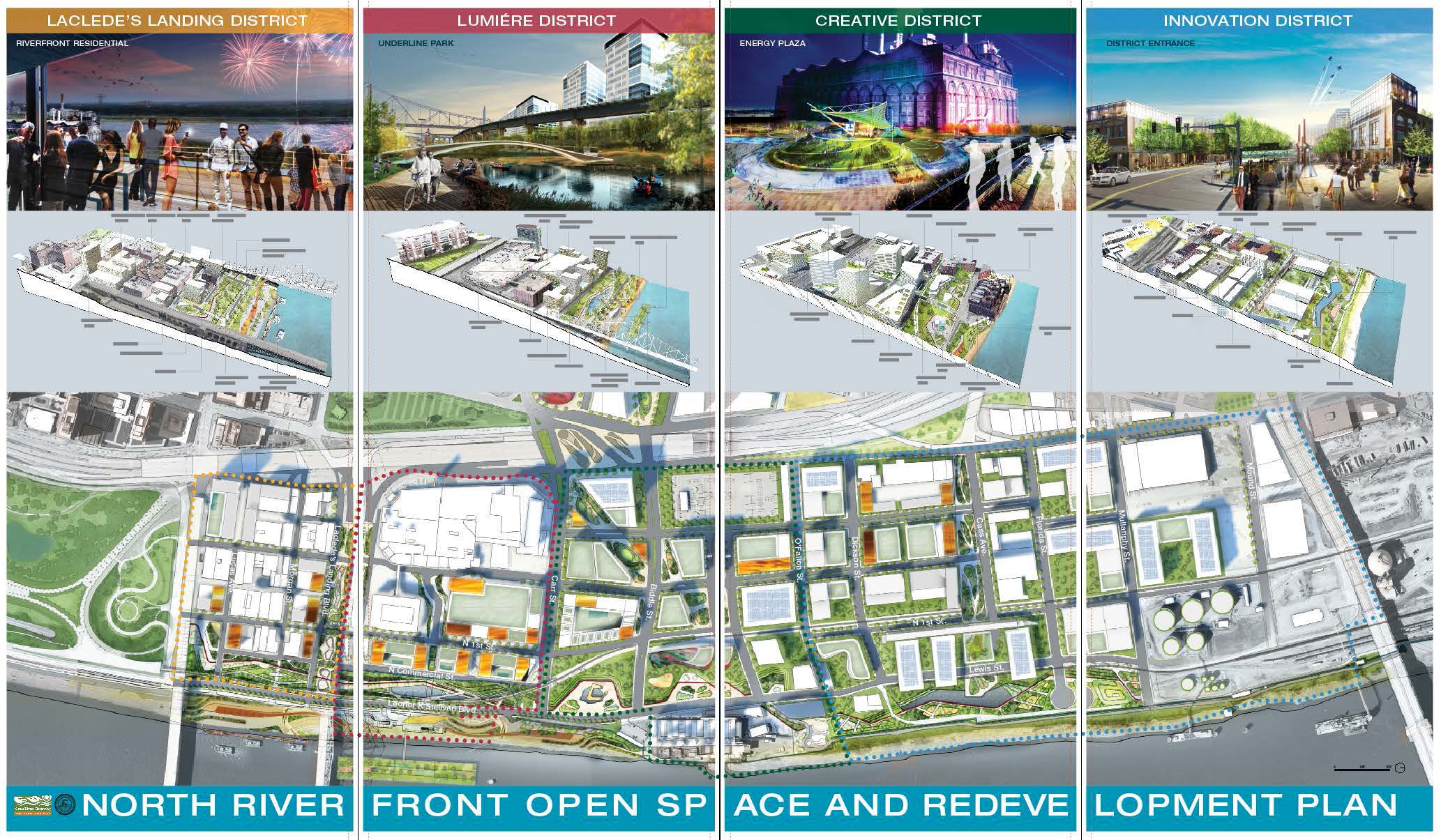 Remember when the Rams taunted us and wanted us to build them a new stadium along the Riverfront? The area North of Downtown seems to be a crowd favorite as it is large enough, and in need of development, to sustain HQ2. Great Rivers Greenway and the City of St. Louis even released a “Plan B” before the Rams announced their departure for what could be this area of neglected real estate. With a plan set in place, the City could put this plan forward as our bid and allow Amazon to make any changes to the design so that it fits their needs. One thing for the City, and Amazon, to keep in mind is to make our Riverfront more inviting. If Amazon chooses us and goes with this location, they really should invest some money into our Riverfront so that it is more inviting and fun to use and not neglected.

Another Downtown location, this time on parking lots South of I-64 in Downtown. Amazon could connect Downtown to Purina & Chouteau if this option is presented and chosen. The site spans from the Tucker viaduct to 4th Street. Currently, the lots are eyesores and need to go. the potential that this options brings with it is a larger skyline and Downtown area with the possibility of some shops and restaurants. This option could also spur the redevelopment of Chouteau’s landing along the Riverfront which would add a whole section to Downtown.

As the new NGA facility site is being cleaned up just North of Cass avenue, the vast Urban Forest that was once Pruitt-Igoe is waiting Patiently for development. Amazon’s HQ2 could be the thing that develops this site once and for all. Having Amazon choose Pruitt-Igoe as their site would add to the revitalization of the Jefferson Avenue corridor and spark new construction and renovations of structures on the West side of Jefferson. The site is large enough to contain large buildings and a birds eye view of Downtown would sure give employees working in HQ2 a unique perspective on St. Louis.

Near MO-364 are many farm fields that could support HQ2 if needed. Large towers would not have to be constructed because of the vast land that could be available. However, this one is a gamble as many neighborhoods rise near these sites (which could hold opposition) and Interstate 270 is already crowded enough during rush hour, so 50,000 extra employees would swamp the highway all together. Also, the site is in a flood plain. This seems to be the least possible idea for all of the sites that could be chosen.

As you can see, there are at least 4 sites that can hold HQ2 if need be. However, these sites contain he possibility that they will not be chosen for St. Louis’ bid to get HQ2 here. The team that Mayor Krewson and County Executive Stenger have created will assess the options and present the bid. Then and only then do we hope we become a finalist (and the winner) of Amazon’s HQ2.

But when in despair and out of ideas, we can always be the Cardinals and want someone to build on the ballpark Village site. They tweeted out that they hope Amazon picks their three remaining lots for development. Either jokingly or not, the Towers would have to be the tallest in the City to support 50,000 employees. But that’s fine! Only Amazon wants more space to grow on if need be. Sorry Cardinals.