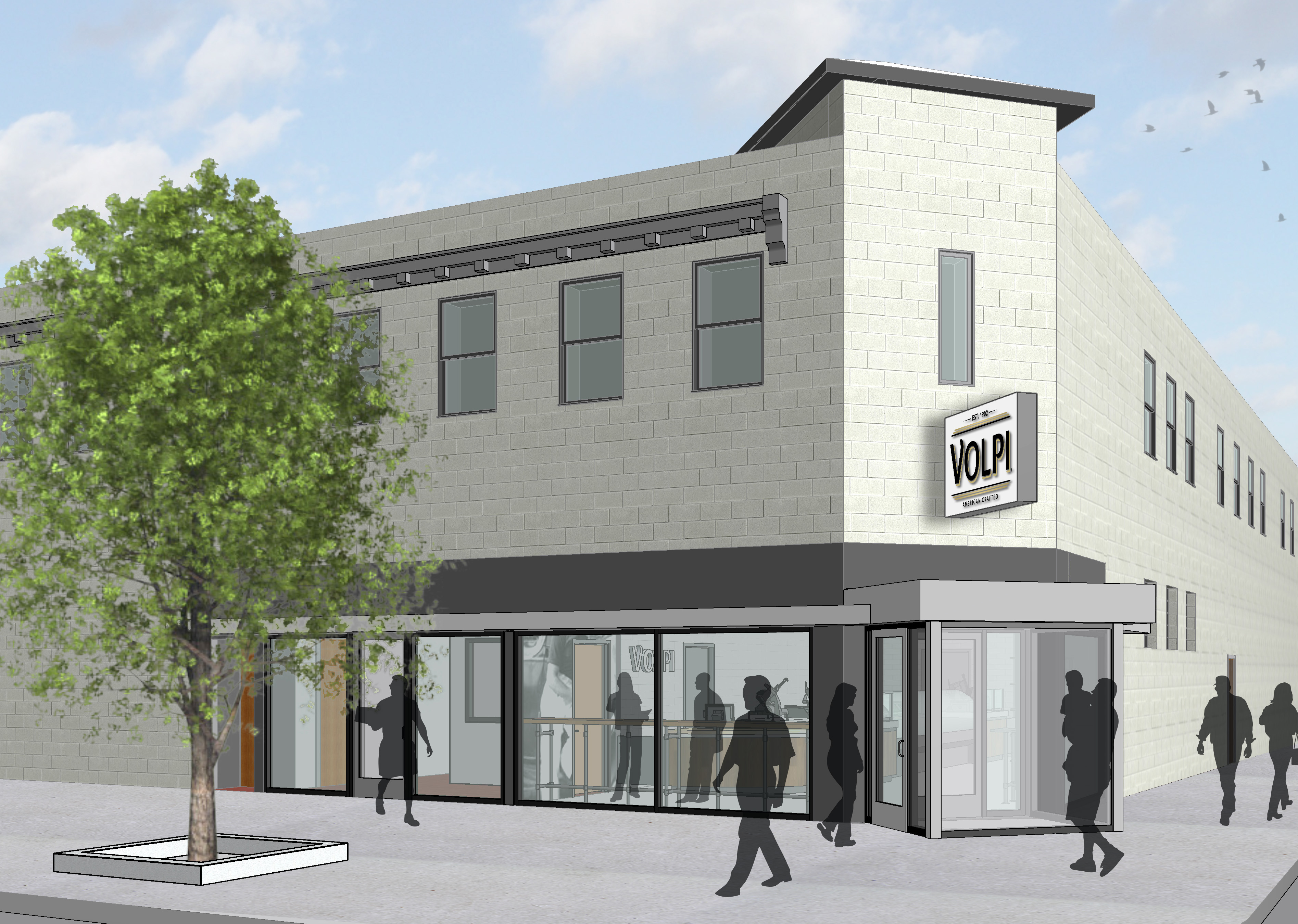 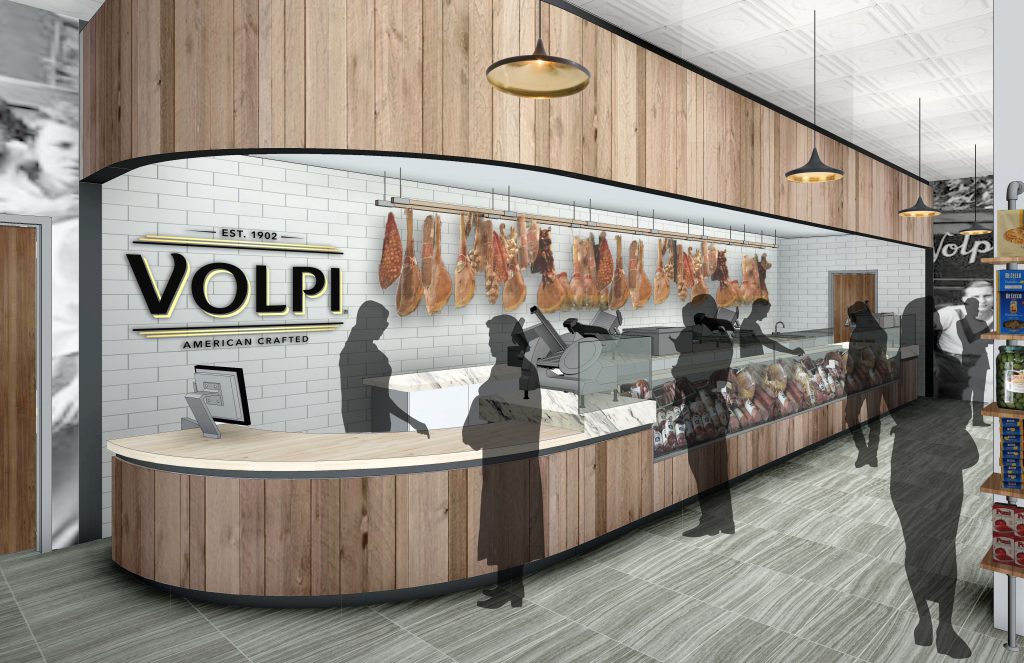 One of The Hill’s great small business institutions is making a big investment in its century-old location. Volpi has been issued a $250,000 permit for interior and exterior renovations of its store at 5258 Daggett Avenue. Design work is being done by JEMA, with Blackline Design + Construction serving as the contractor.

While dominated by families with lineage in Southern Italy, Volpi was founded by immigrants from Milan in the north. John Volpi began producing dried salami and other cured meats in 1902, a century or more before charcuterie would become hip, so to speak. 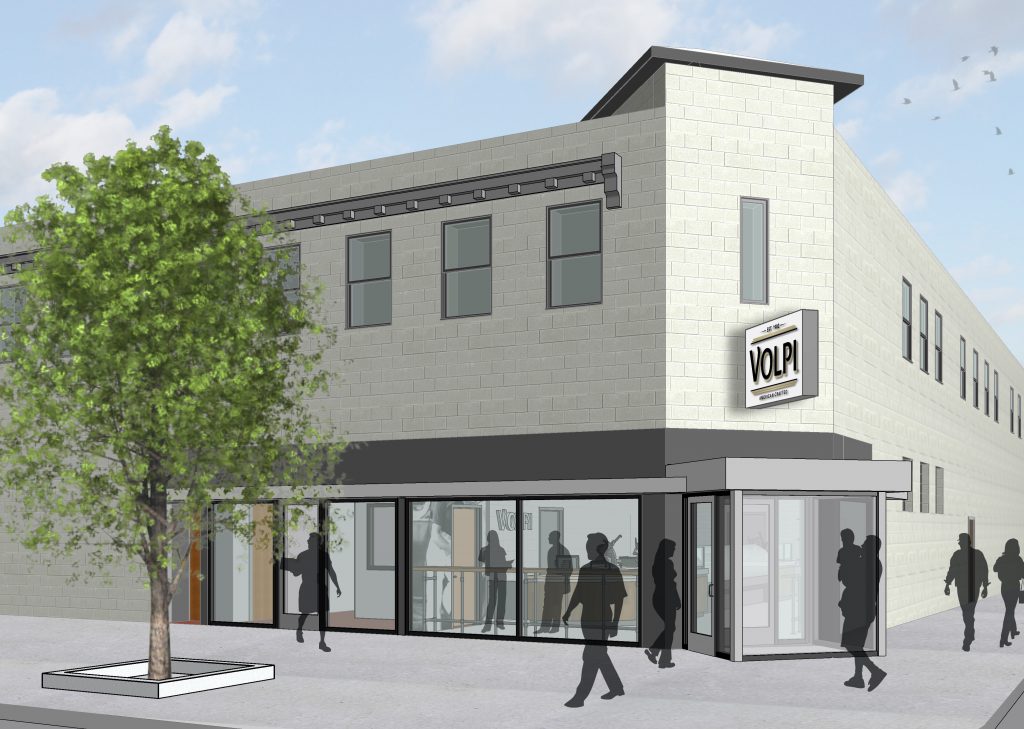 In 1898, John Volpi arrived in America from his home in Milan, Italy, bringing with him little more than a craft and a vision. Having learned from his elders the ancient European art of dry curing, John had a dream of importing the centuries-old traditions across the ocean—thus continuing to serve his customers once they migrated to America.

Four years later, in 1902, he opened Volpi Foods at the intersection of two dirt roads in the St. Louis neighborhood known as The Hill. There, he created cacciatore—dried salami small enough to fit into the pockets of the local clay miners. He used only local ingredients and suppliers, and dried the meats using the same method he’d learned in Italy: opening and shutting windows to control the temperature and humidity of the air that circulated throughout the room. The response to John’s exquisite craftsmanship was overwhelming. He soon added delicacies such as prosciutto, guanciale, pancetta, and coppa.

Our home remains on The Hill in St. Louis. There, as long-standing members of the community, we’ve been serving generations of meat lovers from the same storefront for more than 110 years. We also follow our customers, distributing Volpi Foods to locations throughout the country. And whenever those customers come back to The Hill, we’re ready to help them recapture the taste of the “old neighborhood.”

We prepare our meats in the same facility John Volpi opened in 1902, although we’ve added two more since then. Our meat is still sourced here in the Midwest. All of our farmers are within two hundred miles of our facilities, and all of our meat arrives within forty-eight hours of slaughter. As a result, our meat is the freshest anywhere. Plus, our pork has the ideal pH level to ferment naturally, which means we don’t steal flavor or nutrients by over-processing. Instead, we tolerate only the most minimal processing, allowing nature to take its course, and letting the natural flavors in the pork blossom.

Each of our facilities—Uno, Due, and Tre—comes with its own climate, humidity, and airflow. The conditions of each are paired with certain products, so we plan accordingly. They cure salami and other deli products in Uno, prosciutto and specialty items in Due, and Primo and Prep products in Tre. Our craftsmen continually adjust the conditions of each room, ensuring that all of our salume is prepared to perfection, and in the most natural way possible—individually, and by hand.