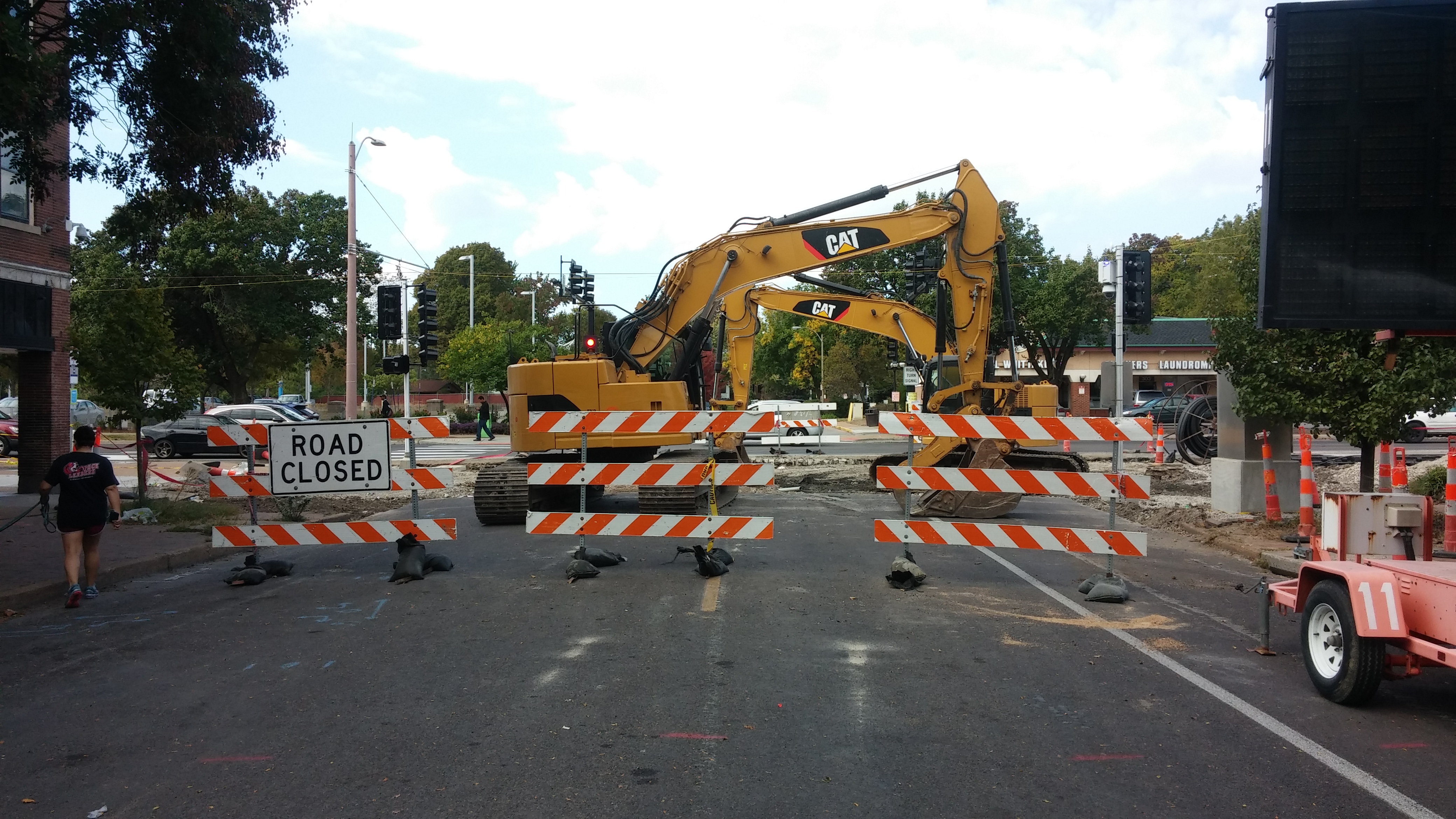 {The area is infested with blockages} 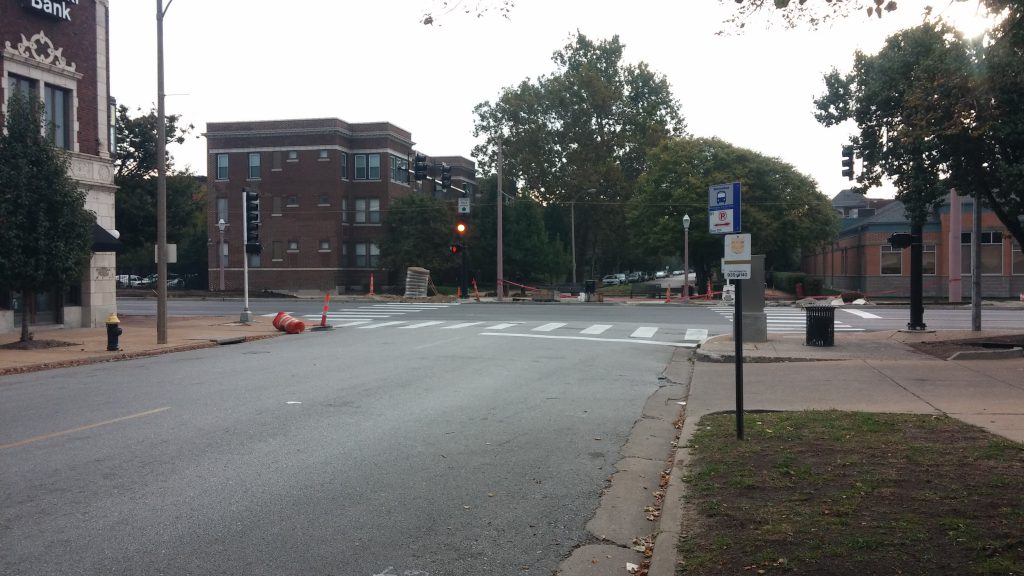 The closure of Pershing at DeBaliviere, and the long detour around it, demonstrates how vulnerable the street network has become due to the trend of breaking up the grid to form a hierarchical street network.

Almost every day the hierarchical network fails us. It is vulnerable to single points of failure, unable to cope to stresses such as car wrecks and downed trees. It’s fragility contributes to NIMBYism as opposition often cites traffic concerns.

In a street grid when a street is blocked unexpectedly, an alternative is just a block away. Whereas in the hierarchical network an alternative could add miles of distance and may not be able to absorb the added traffic load. Follow KMOX traffic reporter Rodger Brand’s Twitter feed for the rundown of the daily carnage on our streets and roads. 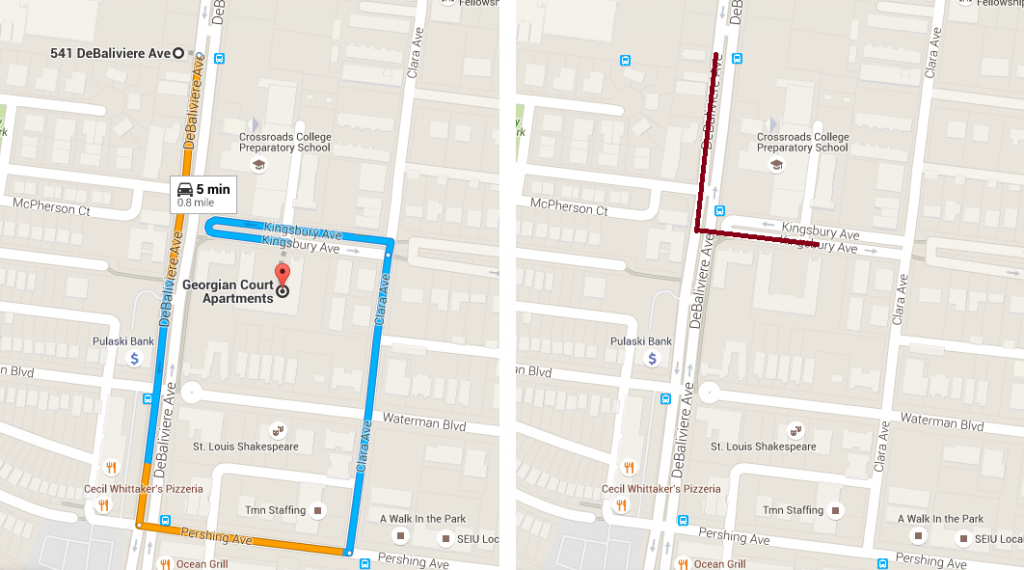 {Kingsbury is also blocked at DeBalviere. The very close fire station is much further away because of it.}

Now Pershing is closed for 10 days due to trolley construction. We can prepare for this closure, but it could be closed unexpectedly due to a car wreck, water main break, etc. We should have taken the opportunity of the rebuild of DeBaliviere to reopen Waterman. This would have better connected the two neighborhoods straddling DeBaliviere, relieved traffic on Pershing, reduced vehicle miles traveled, hastened EMS response, offered a less disruptive reroute for the bus, and made our street network more resilient. What are we so afraid of? #healthegrid 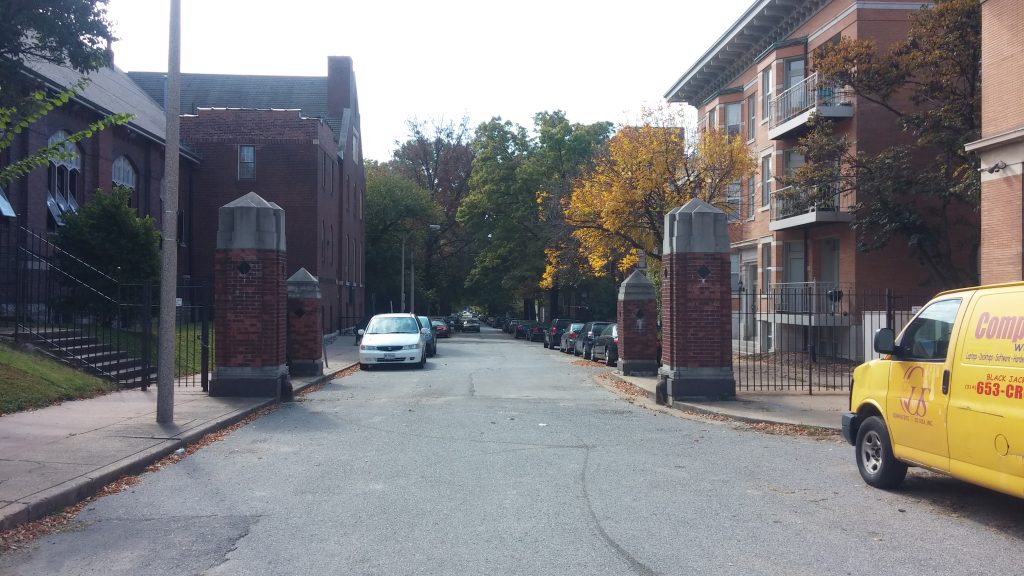 {The gate on Clara near Delmar is open. Apparently the negatives of blocked access now trump the fears of crime and through traffic.}