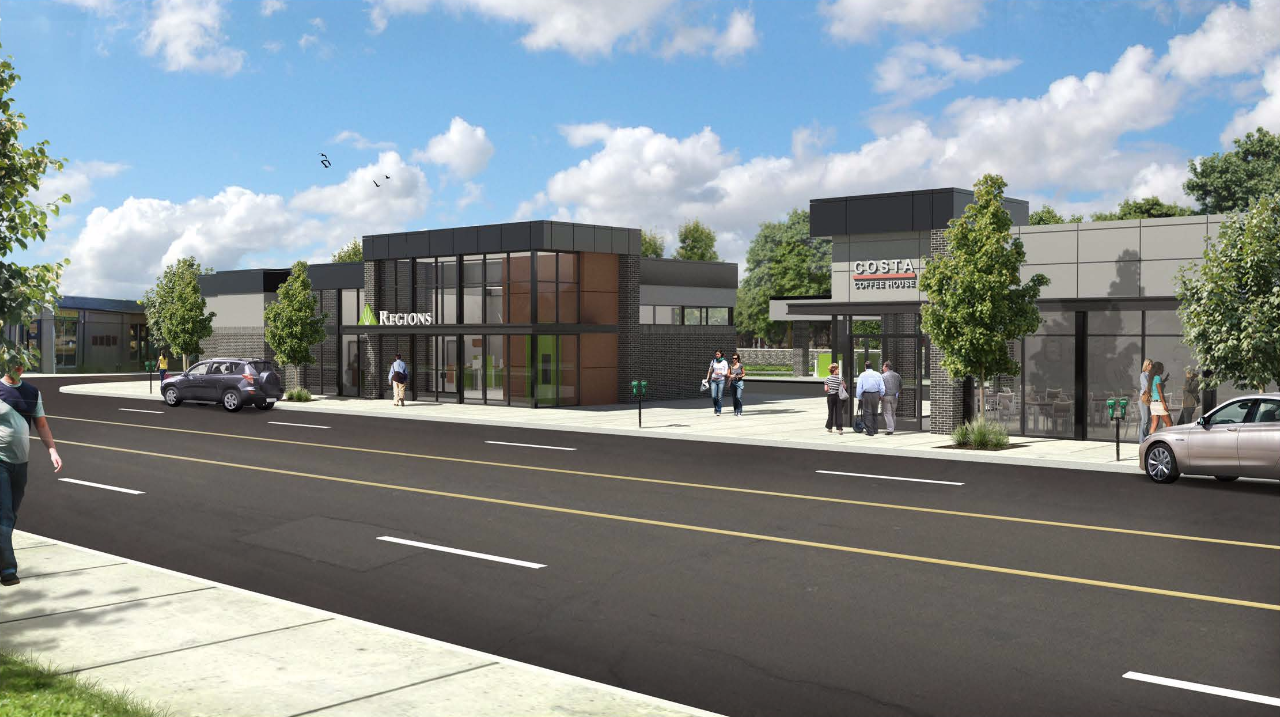 Plans presented to the City of Clayton by Regions Bank propose building a bank and a second retail building on the surface parking lot at 8321 Maryland Avenue, on the north side of the city’s central business district. The two structures are quite modest, with the bank totaling 2,700sf and the retail building of 3,000sf split for two tenants. Surface parking (30 spaces) sits behind the building, as does a bank drive-through.

The $3.5M project requires a special use permit for the drive-through, and approval from the Clayton Architectural Review Board. The project is being designed by The Roberts Group of Kentucky. The parking lot occupies a full block of frontage on Maryland and totals 0.81 acres. According to the project application, the site was approved for a 5/3 Bank project in 2015 that would have included a drive-though. 5/3 never acted on its approved permits, instead selling the land to Regions. 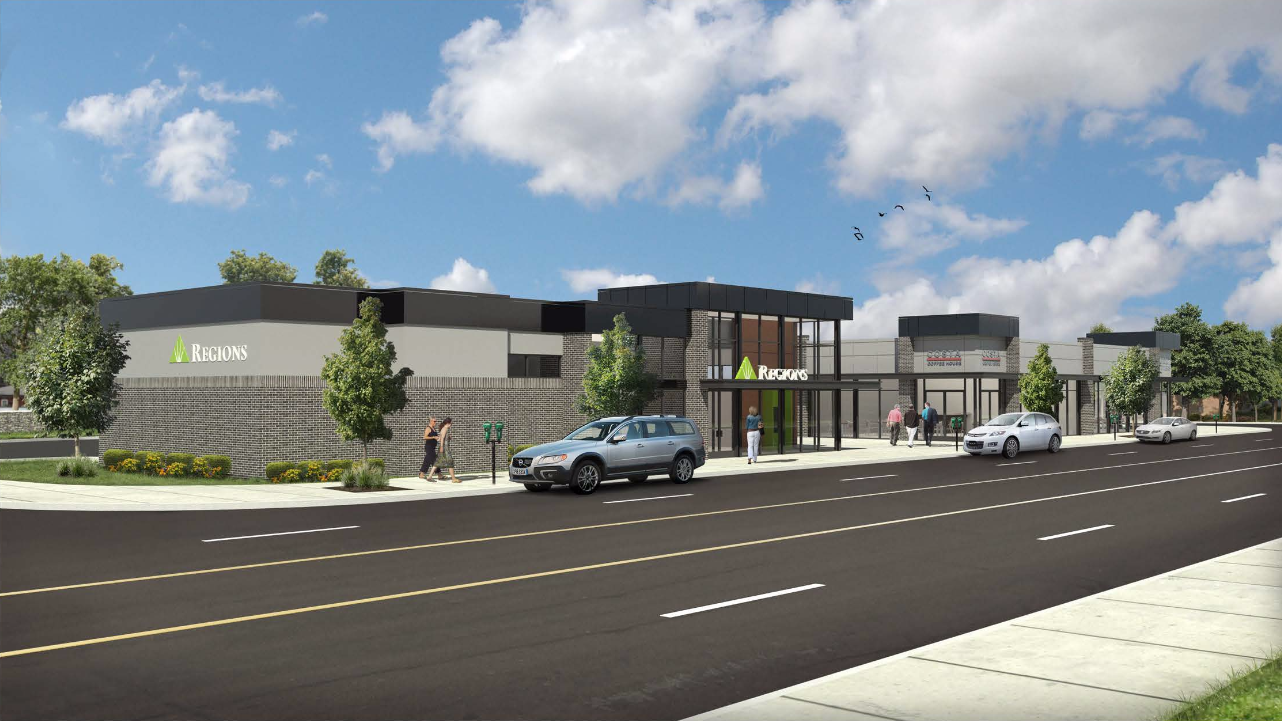 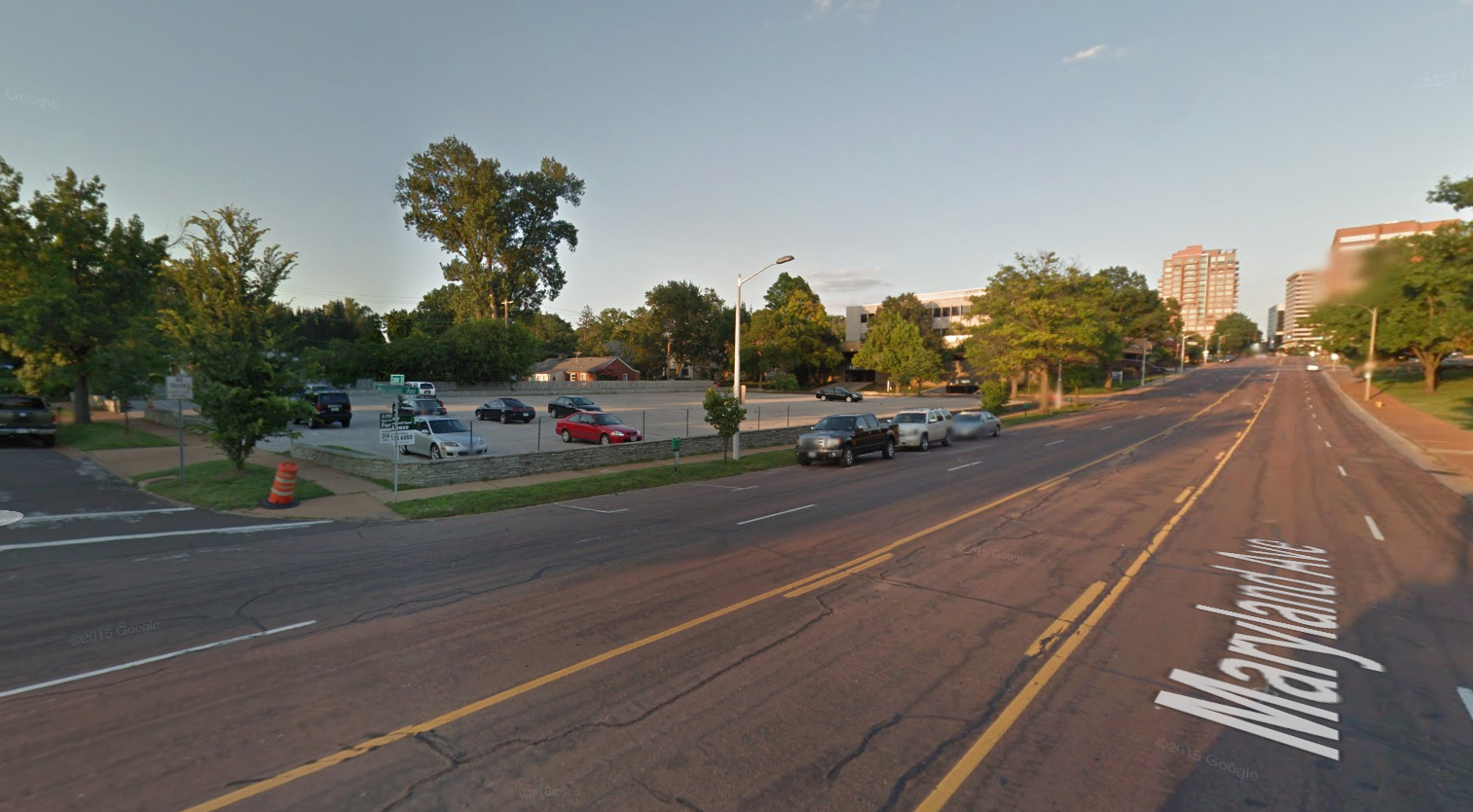