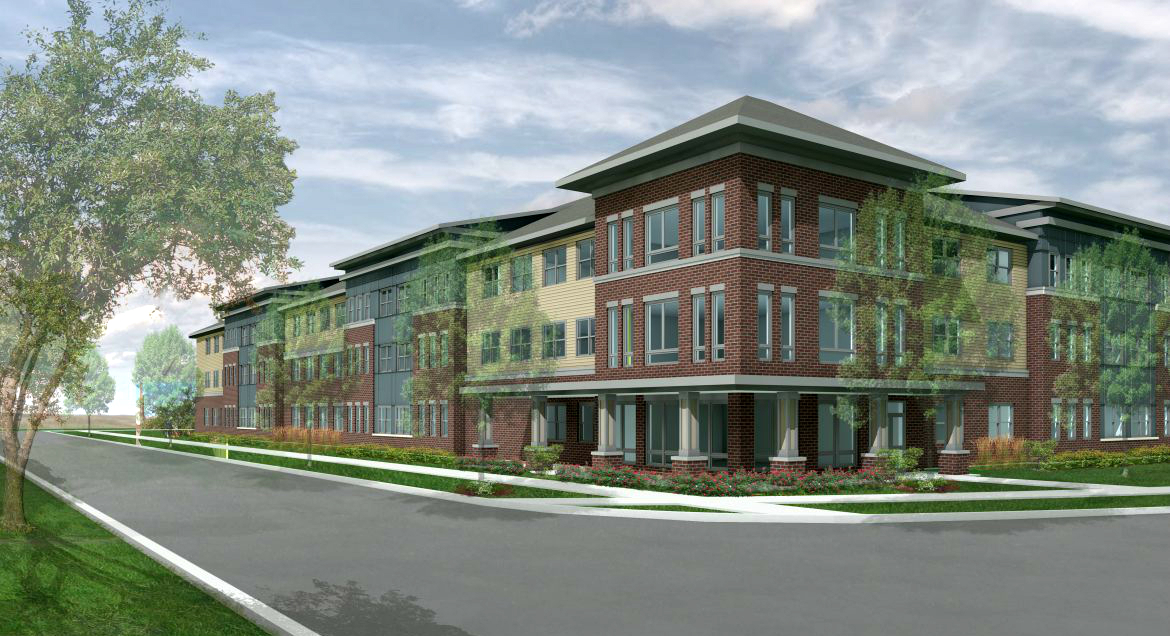 Bi-State Development announced a $10.5M, 62-unit, senior apartment project to be built adjacent to the Swansea MetroLink Station in the Metro East. The full announcement posted on its website is below.  The project would be the second senior living transit-oriented development adjacent to the region’s light rail line on the east side.

The $22M four-story, 74-unit, Jazz @ Walter Circle development was completed in 2013 and was quickly fully leased to residents aged 62-94, according to Metro Transit. That project was LEED Gold certified and includes a community center, offices, a health facility, a grocery store and other retail space. Beyond being practical, the Jazz project is probably the most attractive new construction TOD in St. Louis. Tax credit specialists Dudley Ventures and architecture and planning firm Farr Associates worked on Jazz @ Walter Circle. 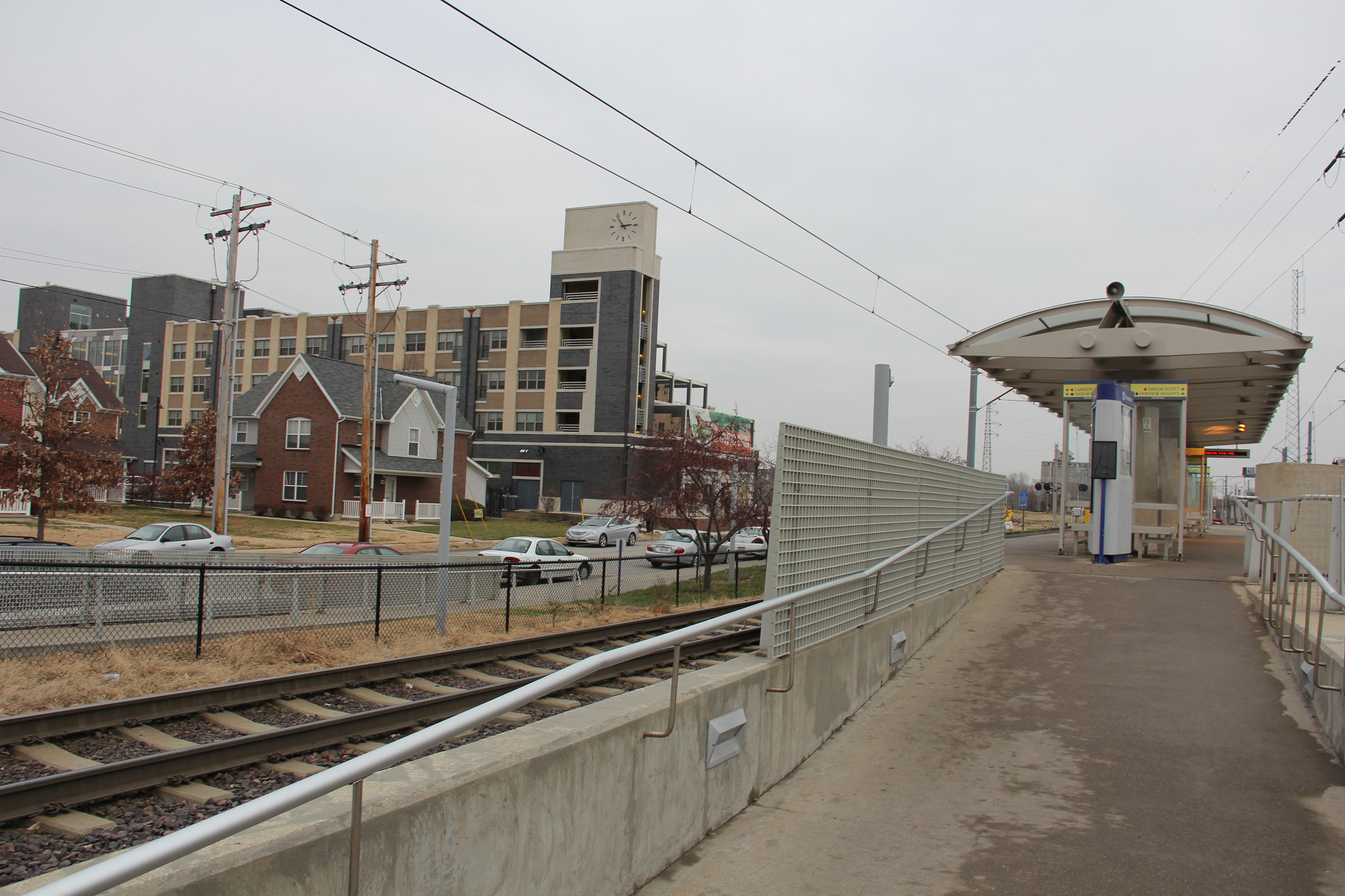 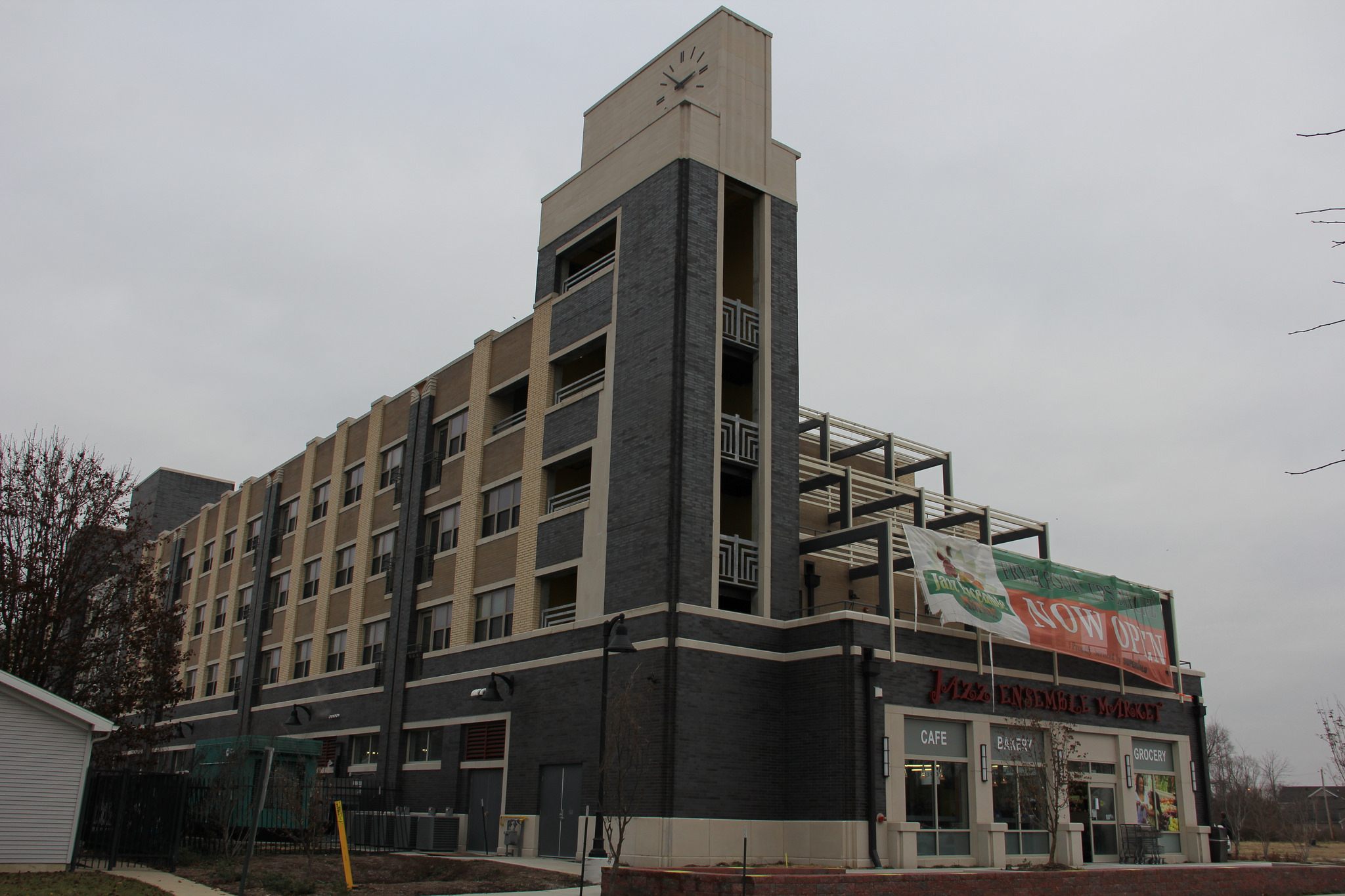 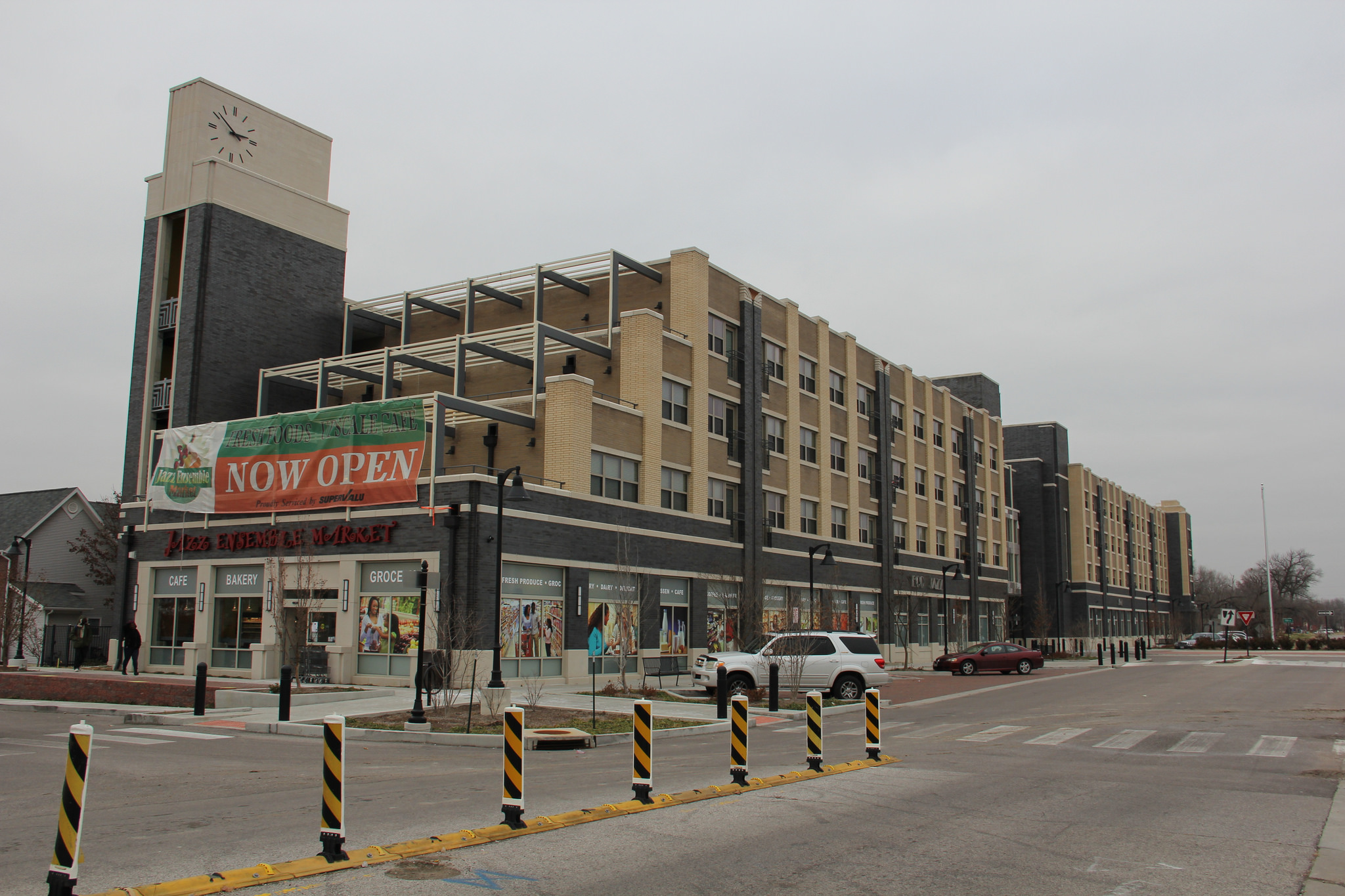 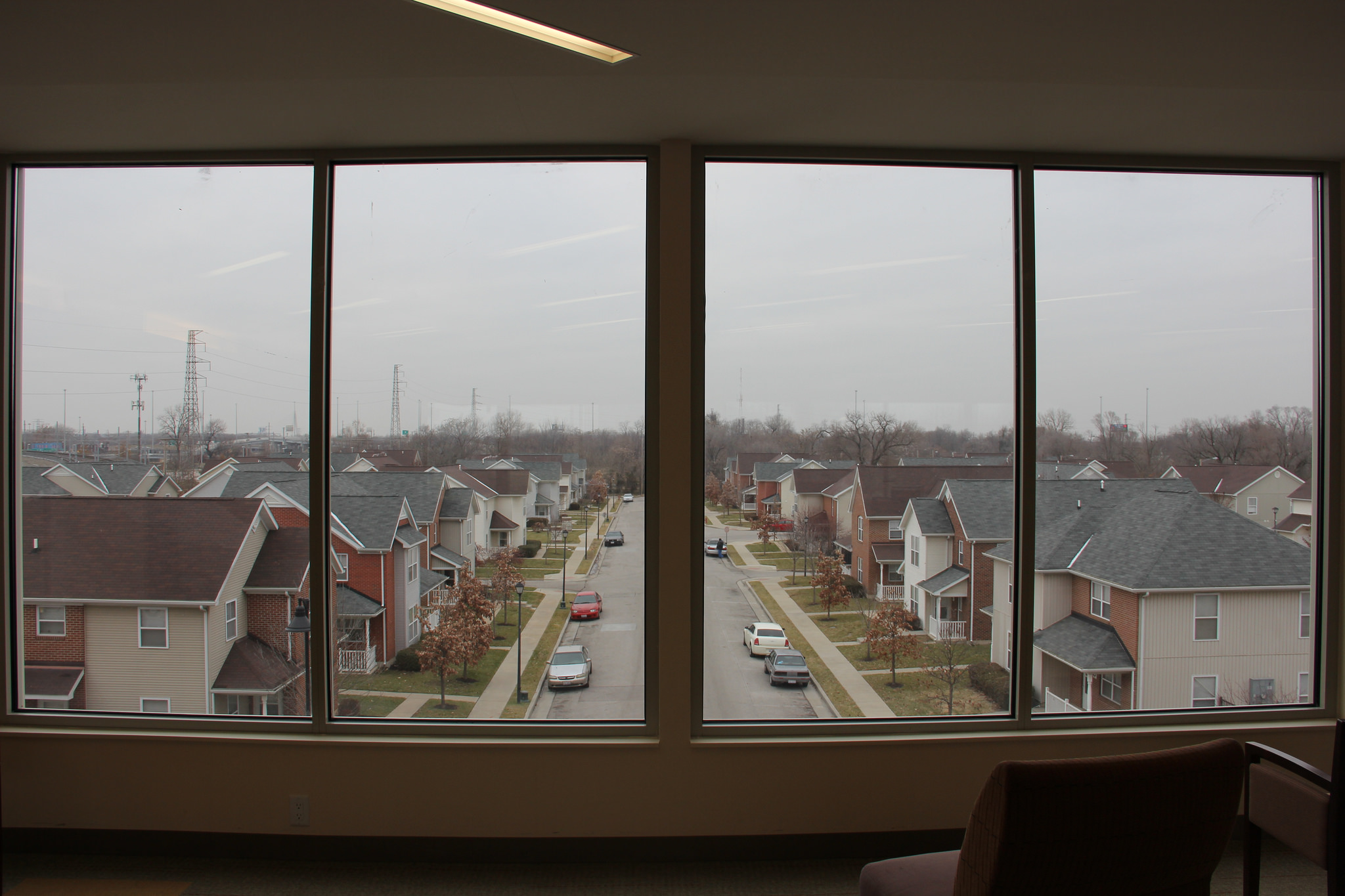 Senior Apartments to be Built by the Swansea MetroLink Station

This new development, called Metro Landing of Swansea, will feature a handsome three-story building with 62 affordable one- and two-bedroom apartments for older adults seeking an independent lifestyle. Located adjacent to the Swansea MetroLink Station, residents will have car-free transportation options via MetroLink and MetroBus to conveniently access restaurants, retail, entertainment venues, recreational locations, employment centers, and medical facilities around the bi-state region. The Swansea Station is located on the Metro East Park and Recreation District BikeLink trail system, so seniors will be able to utilize the trail for exercise and recreation.

This development would not have occurred without the collaboration of a number of groups including IHDA, the St. Clair County Transit District and the Village of Swansea. The Village has been a vital asset in the predevelopment planning process. “It is truly an example of how public and private partnerships can lead to an important community investment,” James Nations, SWIDA’s Chairman said. “This is an excellent opportunity for SWIDA and Bywater Development Group to contribute to active senior housing as this segment of the population continues to grow.” The SWIDA Board of Directors is seeking other markets in the region in need of comparable developments.

Mike Lundy, Executive Director of SWIDA said, “It has been great working with Bi-State Development. We are very pleased with the new senior housing development and worked extremely hard to move this development forward.”

“This new development to be positioned next to the Swansea MetroLink Station reflects other successful transit-oriented projects in our area, and is a testament to the positive benefits the Metro transit system brings to the region,” said John Nations, President and CEO of Bi- State Development (BSD). BSD operates the metro public transportation system for the St. Louis region.

“Metro Landing of Swansea is reflective of a very strong and effective public/private partnership and stands to serve as a model for transit oriented senior housing. It will create both a positive impact on the community and an ideal living environment for its residents. Our organization is highly honored to be a part of this collective effort,” said Aaron Burnett, President of Bywater Development Group.

Metro Landing of Swansea is scheduled for construction commencement in the summer of 2017 with full completion by late summer of 2018.

About SWIDA
The Southwestern Illinois Development Authority is a special-purpose, municipal corporation and local governmental unit whose purpose is to promote and enhance economic development within the counties of Bond, Clinton, Madison and St. Clair Ill.