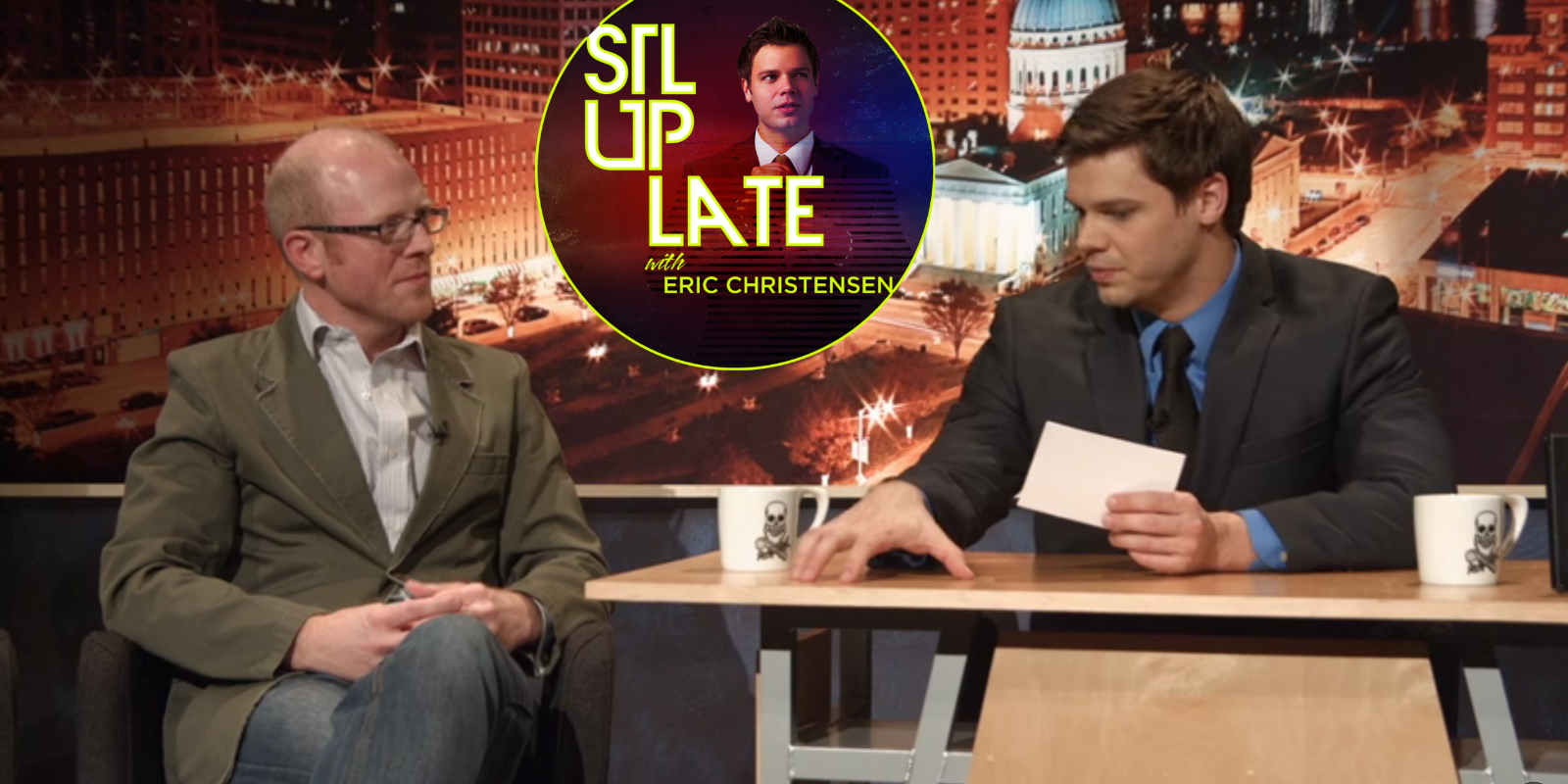 It’s Alex Ihnen on STL Up Late Episode 11. The cast and crew put together a great show and musical guest Search Parties rocks an amazing set. If you want to catch (or avoid) Alex, the segment runs from 17:30-27:40.

STL Up Late is a late-night comedy TV show that shines a spotlight on local artists, politicians, media personalities, musicians, business owners and anyone in the St. Louis region doing something worth sharing. The show began as a live theater show in 2013, and after a successful Kickstarter campaign in September 2015, the show begun taping for television in the Schlafly Studio in the brand new Marcelle Theater in Grand Center (3310 Samuel Shepard Dr., St. Louis, MO).

You can watch the show every Saturday night at 2 a.m. on MY-TV or on our YouTube channel the day after it airs.