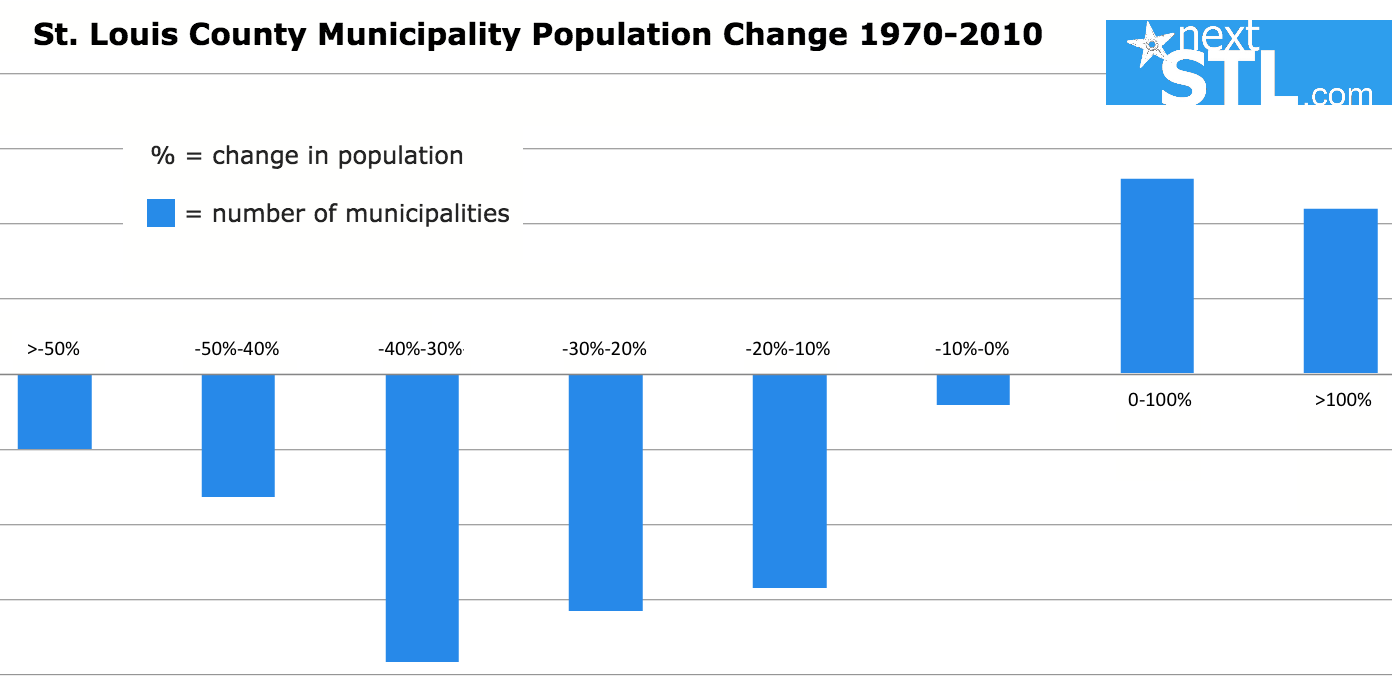 The last two generations have not been kind to many of the fragments in St. Louis County. The population losses of St. Louis City have been closely tracked and well publicized. The city lost 303,000 residents (-48.7%) between 1970-2010.

{Number of municipalities in each range of population change. Those incorporated since 1970 excluded.}

While there is endless discussion over the city’s plight and reasons for it, the area in the region mostly within I-270 and 255 has lost 317,000 (-33.5%) over the same period. The losses there should be of great concern too, but due to its fragmentation, it has received less attention.

The hope that consolidation could boost the perception of greater St. Louis is criticized as a means to paper over and ignore problems. This is an example of how fragmentation obscures them. If the area had been one city or a few, or one county, we’d know about it. And that government would have been in a stronger position to act.

Of course numerous factors have played into this outcome. Fragmentation is just one and not the strongest. But the purported attractiveness of our menagerie of munis hasn’t been and will never be enough to overcome them.