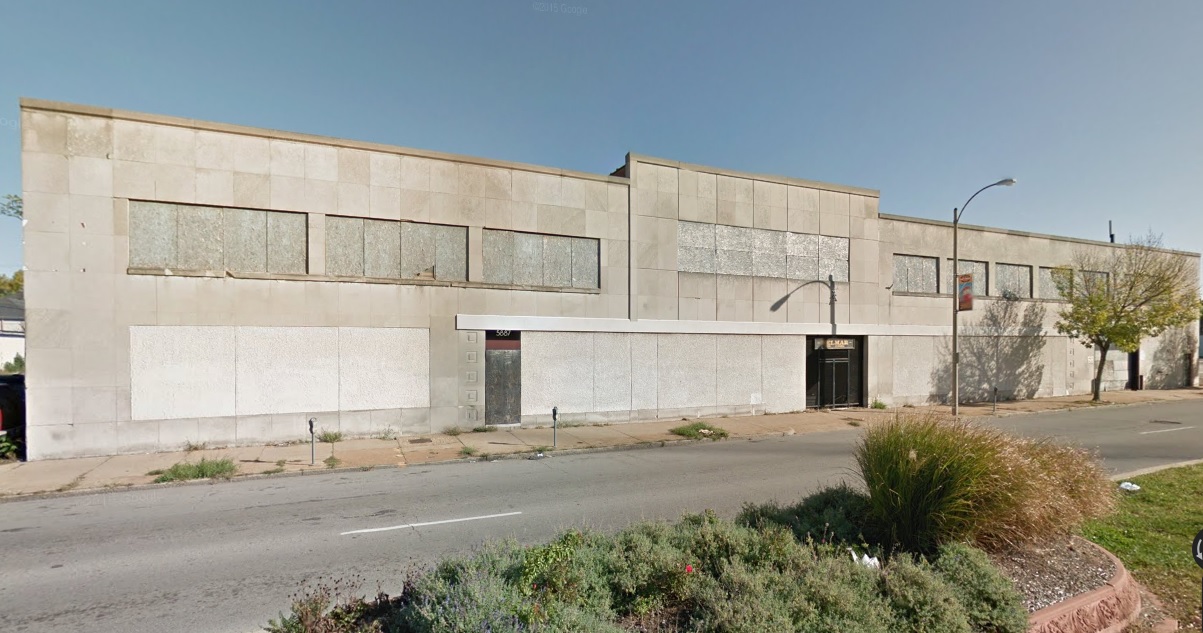 The former Delmar High School located at 5875-89 Delmar is currently under rehab into the Loop Trolley project’s maintenance facility. Interior demolition had already begun, though exterior work should begin soon, as the Loop Trolley Transportation Development District has applied for an $838,000 building permit for a full rehab. That permit was issued this week.

Below is a shot of the old Delmar High School (which was a car dealership prior to that): 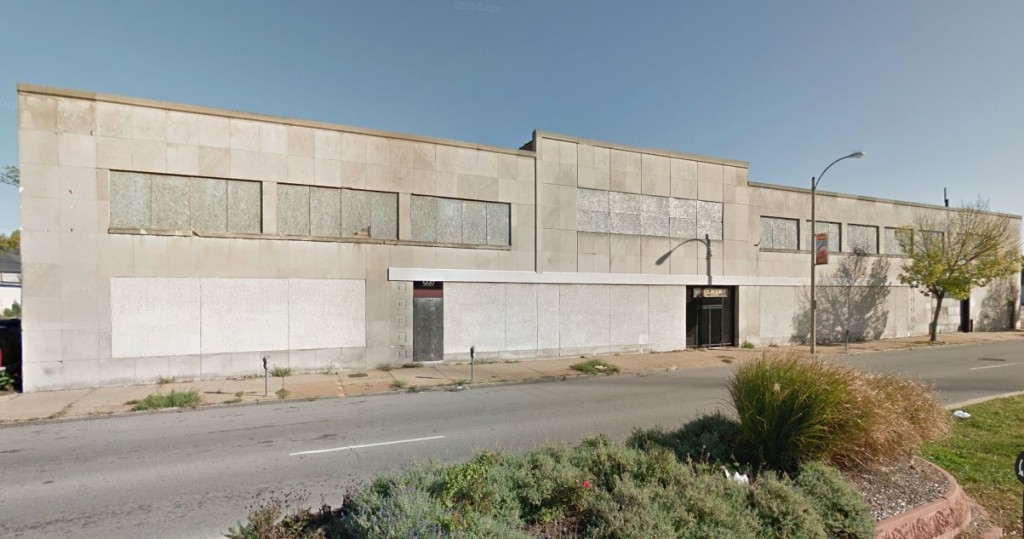 The long-delayed Loop Trolley project is a $43 million, roughly 2-mile streetcar line serving the Delmar Loop, with terminals near the University City Public Library on the western end and the Missouri History Museum in Forest Park at the eastern end. Initially envisioned in the 1990s, the Loop Trolley project has hit a series of snags including both lawsuits and high construction bids. Nevertheless, officials held a groundbreaking for the project in March 2015. While no actual track laying has yet begun, road work in preparation for the trolley has begun.

The old Delmar High School will serve as the Trolley’s maintenance facility (AKA trolley barn). Below is a rendering from 2013 that may detail the intended final product (obtained from here). 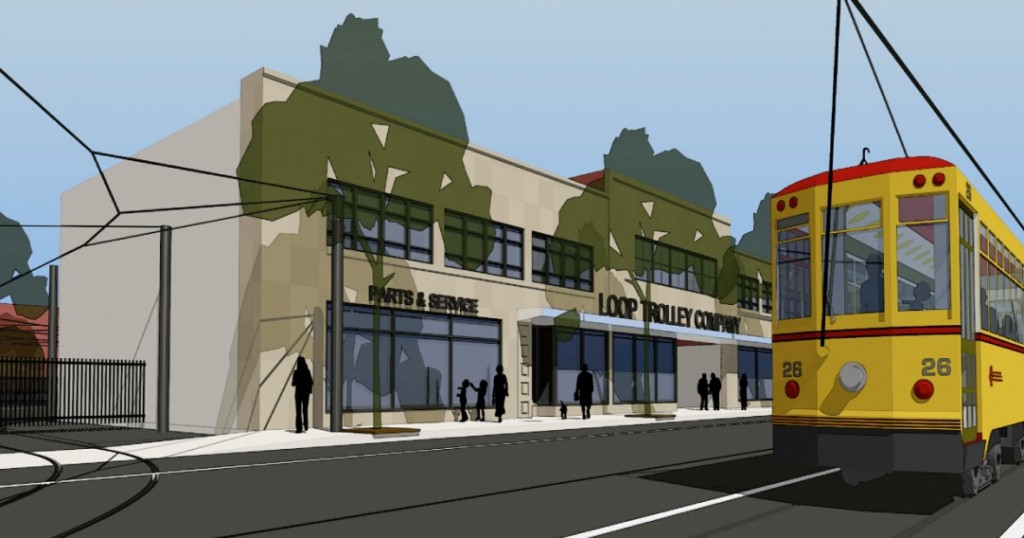 Below is a map of the proposed Loop Trolley route (but note that the western terminus has been moved eastward since). The Trolley Barn sits just west of the Laurel station.

And here is a before-and-after vision of possible Transit Oriented Development (TOD) opportunities near the Wabash Station / Delmar MetroLink Station once the trolley is in place. 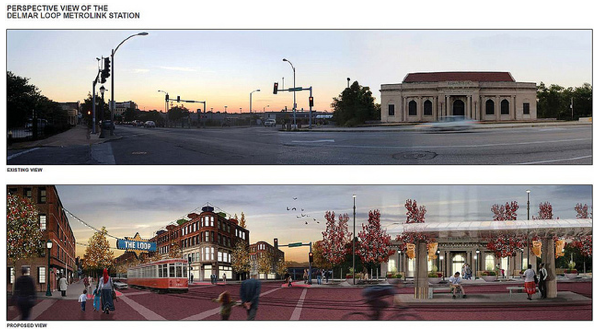 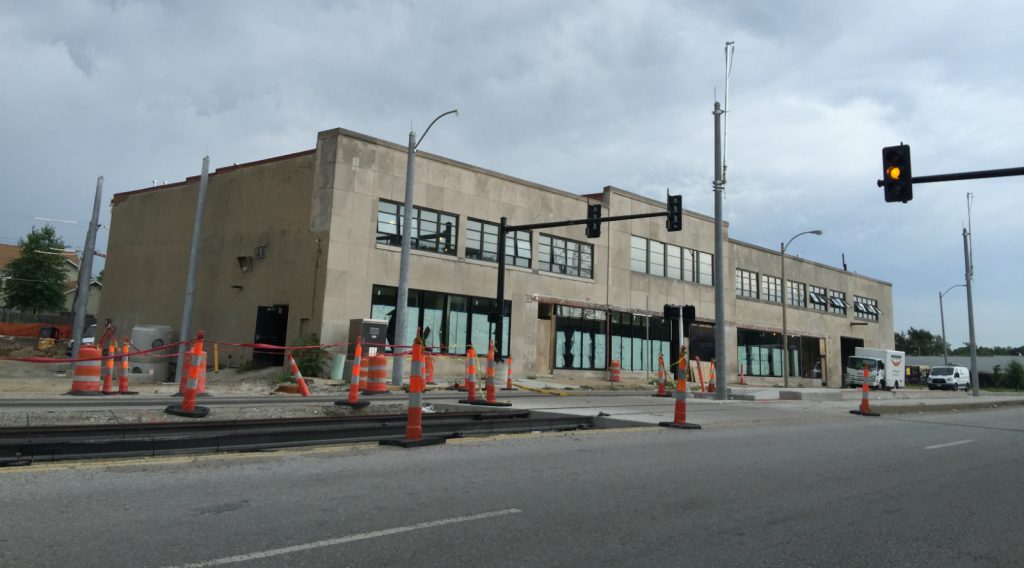