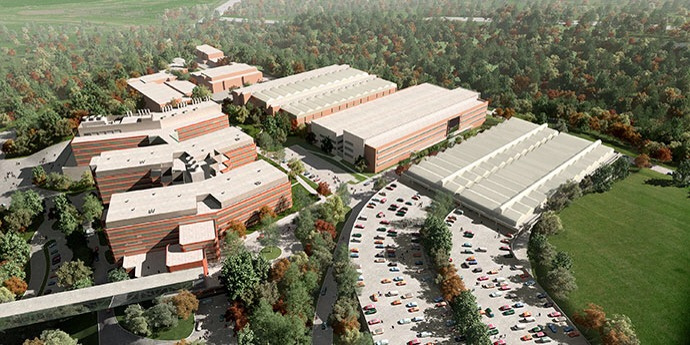 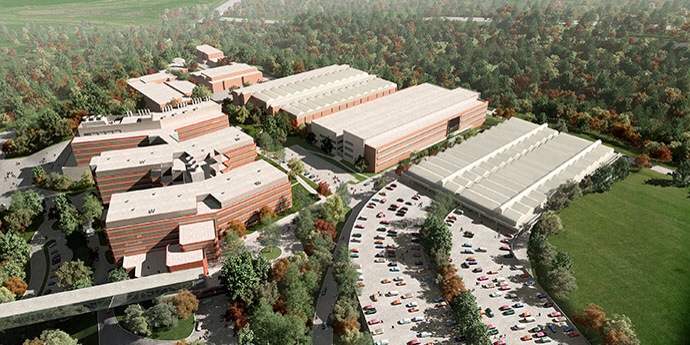 nextSTL has learned Monsanto is planning the construction of an approximate 5,500-seat multipurpose facility at its Chesterfield Village Research Center. The yet-to-be-disclosed structure will be a component of the second phase of expansion at the 210-acre campus closeby the Missouri River. Sources maintain this development is evidence of the company’s intent to make Chesterfield its new world headquarters.

In 2013 nextSTL broke news of the $400 million first phase at the Chesterfield site. This development ranks as one of the biggest corporate expansions in the region. Then in 2014 nextSTL was first to report on the yet to be announced second phase of the expansion. According to sources, phase one project manager Alberici Constructors has the second phase budgeted at approximately $700 million, making the total expansion in excess of $1 billion.

Phase one of the expansion is expected to be completed in 2017, and will add 590,000 square feet to the campus. Elements of the first phase include construction of 250 labs, a conference center, a new parking garage, new office and research space, an expansive dining area, 36 greenhouses, and 13 Controlled Environment Agriculture rooms. The first phase will facilitate consolidation of Monsanto’s research and design team.

The proposed multipurpose facility would be able to accommodate all of Monsanto’s 4,500 area employees plus the 675 new hires the company has stated it wants to make by 2017. Comparatively, the Pageant in the Delmar Loop seats 2,300 and the Fox Theatre in Grand Center lists capacity at 4,500. Currently, 1,000 Monsanto employees work at the 1.5M square foot Chesterfield facility. Upon completion of the first phase employee ranks at the campus will grow to 2,000.

nextSTL sources have said the company is contemplating shutting down its Creve Coeur campus and making the Chesterfield Village Research Center corporate headquarters. This move would take place in 2020, following completion of the second phase in Chesterfield. Monsanto’s commercial and corporate teams are currently based in Creve Coeur. In 2014 Bloomberg Business reported $64 billion Monsanto explored a takeover of $34 billion Swiss rival Syngenta AG in a deal that would have allowed the company to move its tax location to Switzerland.

Monsanto began developing the expansive Creve Coeur campus in the mid-1950s. It covers 504 acres and only 68 acres is developed with building space and 52 acres of infrastructure. The remaining 436 acres are manicured lawns and forest. The company donated 40 acres of land for construction of the non-profit Donald Danforth Plant Sciences Center and also dedicated five acres on its main campus for the NIDUS Center, an entrepreneurial incubator for startup bio-tech companies.

The company has many options regarding its Creve Coeur campus. It could potentially donate more land to augment Danforth Center and Nidus Center growth. Additionally, the value of square footage in Creve Coeur is $170, much higher than the St. Louis metropolitan area average of $106 according to Zillow. There would be no shortage of high-end developers interested. Or they could keep the corporate and commercial divisions where they are, and do nothing with the land. 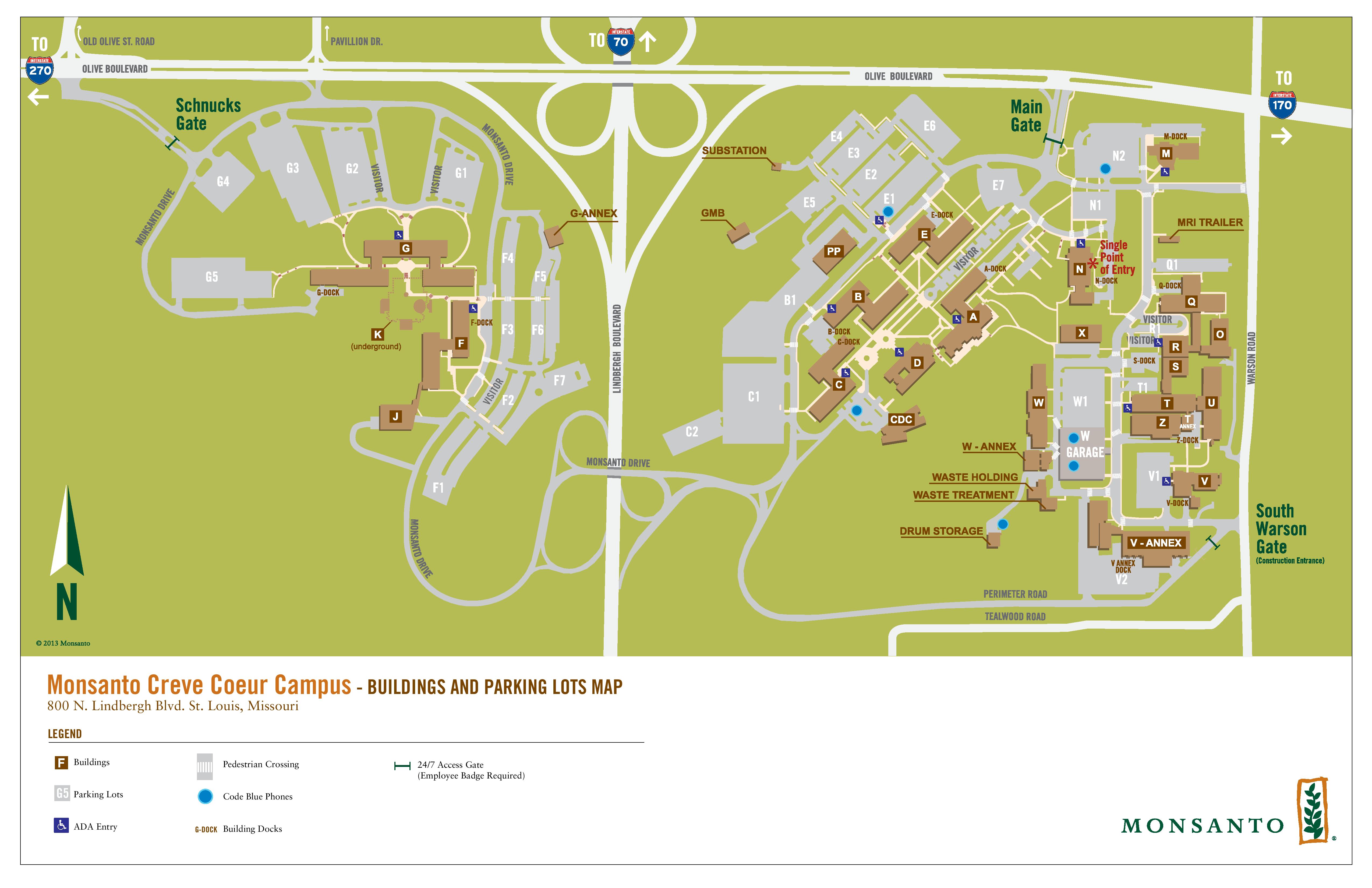 Monsanto officially moved to the suburban community in 1957 after outgrowing its headquarters in downtown St. Louis. The company also formerly owned nearly four city blocks at 1800 South Second Street operating out of 30 buildings. For those following the CEO residence/proximity to headquarters game, current Monsanto CEO Hugh Grant has been a denizen of St. Louis City’s Central West End since 2006.

The company supplies approximately 90% of the world’s GMO (genetically modified organism) seeds. At the official groundbreaking ceremony in Chesterfield last October Grant commented, “Our Chesterfield expansion is focused on strengthening our world-class capabilities in the discovery and development of innovations for farmers around the world.” According to the company website, Monsanto is specifically working to double yields in core crops by 2030.

According to the company website Monsanto states farmers are looking for ways to have better harvests while using water and land more efficiently. The company claims genetically modified crops can help protect resources and make a balanced meal more accessible to everyone. An attempt to reach Monsanto for comment was unsuccessful.