A long-rumored shipping container cafe may soon be constructed at 2622 Cherokee Street (at Texas Avenue) by owner and Cherokee Street investor Jason Deem. A $150,000 building permit application is now on file with the City. That permit has not yet been issued.

Deem had announced plans for the cafe long ago. It already has a name–Empire Cafe–and a Facebook page. The name is a throwback to the old Empire Sandwich Shop that once occupied the site (see the final photo on this post). The building that housed the old iteration of Empire was torn down in 2006.

Below is a rendering of the new Empire Cafe, to be constructed using several shipping containers (a novel mode of construction in St. Louis, but now popular in Europe and some coastal U.S. cities). The rendering shows the Texas Avenue elevation.

Here is the view from the corner of Cherokee Street and Texas Avenue: 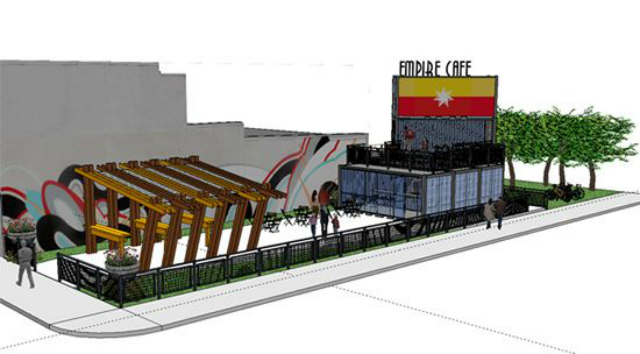 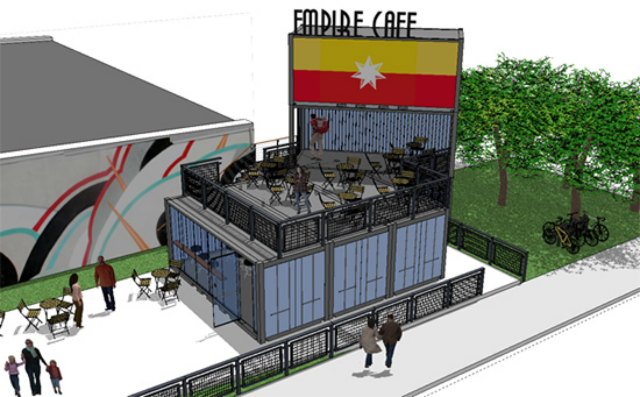 Below is a photograph of the old Empire Sandwich Shop that used to occupy the site: 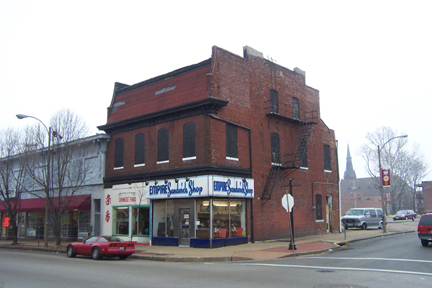