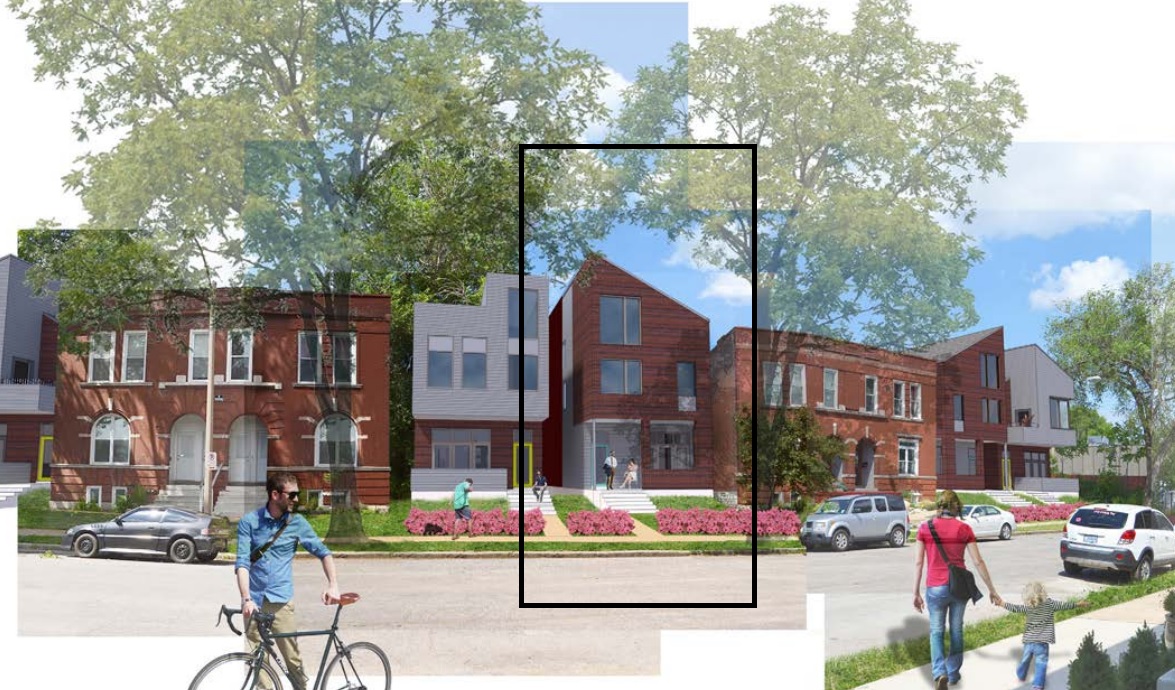 A new single family home may soon be coming to a vacant lot addressed as 4231 Gibson in the Grove, AKA Forest Park Southeast neighborhood. UIC is the developer; the planned development of five contemporary homes across five vacant lots on a short block of Gibson is being called “Avant Grove“. A $300,000 building permit application is now on file with the City; that permit has not yet been issued. This is the first of the five units expected to be built as a part of Avant Grove.

The rendering below shows what the block will look like if all five units are constructed. 4231 Gibson is called out with the black box around it: UIC is perhaps better known for its work in the Botanical Heights/McRee Town neighborhood just south of the Grove. There, the company has constructed over a dozen new homes and rehabbed several more, mostly on the 4200 block of McRee and vicinity. UIC began developing in the Grove in 2010 on a vacant lot that faces this round of new construction on Gibson. That project, at 4226 Gibson, is shown completed below. To read a story about the owners of the contemporary home and the process of its development, courtesy of St. Louis Development Corporation, click here.