A QuikTrip gas station is proposed for the intersection of Jefferson and Chouteau. It would occupy 1.5 acres of the block formed by Ohio, Chouteau, Jefferson, and LaSalle. In total the parcels currently generate $11,677 in property taxes on 1.25 acres, or $9,341/acre.

I’ll use the QT on Gravois for a comparison. That station sits on 1.33 acres, generates $19,197 in property taxes, or $14,444/acre. So just in property taxes its productivity would rise 54%. And part of the alley would be vacated, so a little less maintenance for the city. 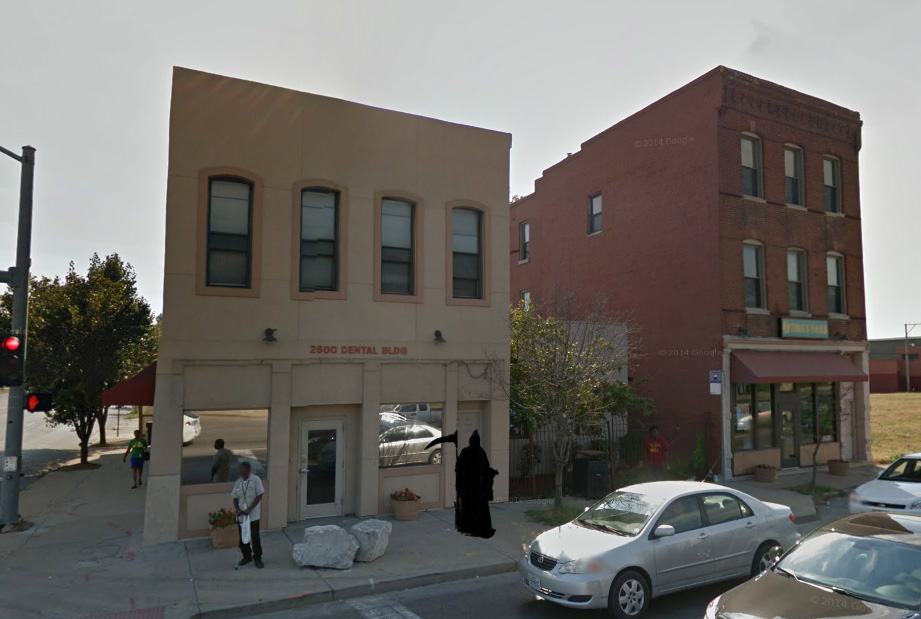 But 85% of the land is vacant. Regrettably some buildings along Chouteau were demolished just a few years ago. Let’s compare the productivity of the developed portion. They occupy 0.19 acres and produce $8,137 in property taxes, or $43,053/acre. These modest buildings are nearly three times as productive as the QT on Gravois.

What about sales and earnings taxes? That information isn’t publicly available like the property taxes information. In addition the earnings tax is under threat every five years as it’s existence is required to be put put to a vote. There are two functioning businesses in the buildings already generating some earnings tax. Regardless, the retail function of the QuikTrip could occur in a traditional building. Given that fuel consumption is flat at best, the fuel taxes generated will simply be cannibalized from elsewhere.

Also, a gas station is much less flexible to repurposing if it closes, while a traditional building can be adapted for many uses. Instead of one gas station and convenience store, a set of buildings can provide a variety of shops, offices, and housing, adding vibrancy to the neighborhood and value to surrounding properties.

Many of our neighborhoods are scarred with closed gas stations and the related environmental problem laying underground. Capital is afraid of opening that Pandora’s box. Often brownfield tax credits are needed, which lays the liability on the taxpayers of the state.

Even if the sales and earnings taxes are overwhelmingly higher, the biggest loser is the struggling St. Louis Public Schools. 57.6% of property taxes go to the SLPS. Whenever we trade property taxes for sales (SLPS gets 2/3% in sales taxes) and earnings taxes (SLPS gets none) the schools lose. Or the rest of us have to make up the difference (same goes for the Zoo-Museum District).

Worst of all, this intersection is a gas station on the identified locally preferred alternative for the proposed North/South MetroLink light rail line. The line will enhance the value of the buildings already there and encourage traditional development on the vacant land, bringing returns to the city. A light rail station will do nothing to enhance a QT. A gas station there will squander public money and hamstring transit oriented development efforts with a new rail line.

We can’t afford to build this way, especially in a city that can’t add land area. Instead of a QuikTrip, we should be trying to build more of what’s there. That’s the only way we can afford all the infrastructure and services we want. 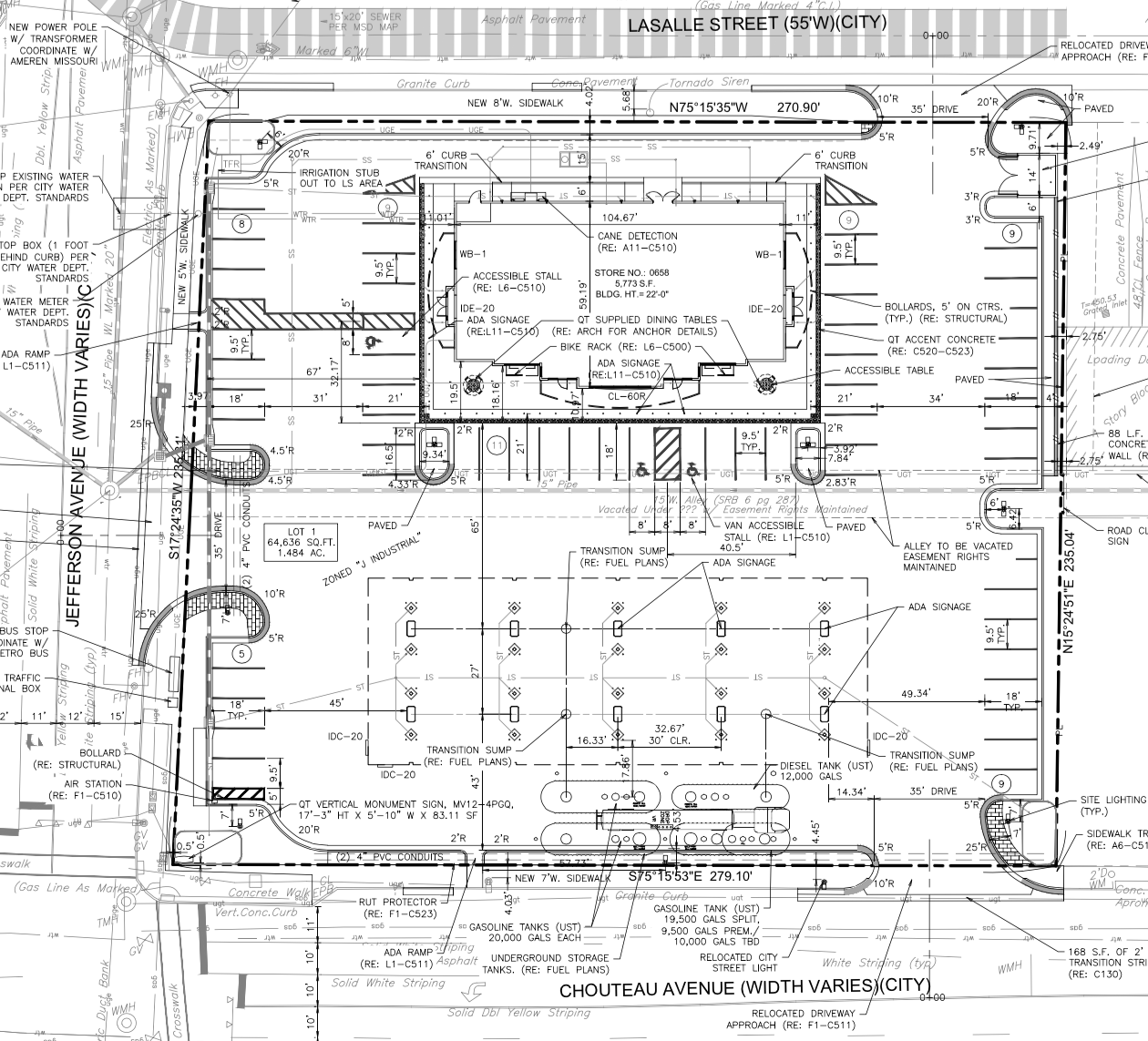