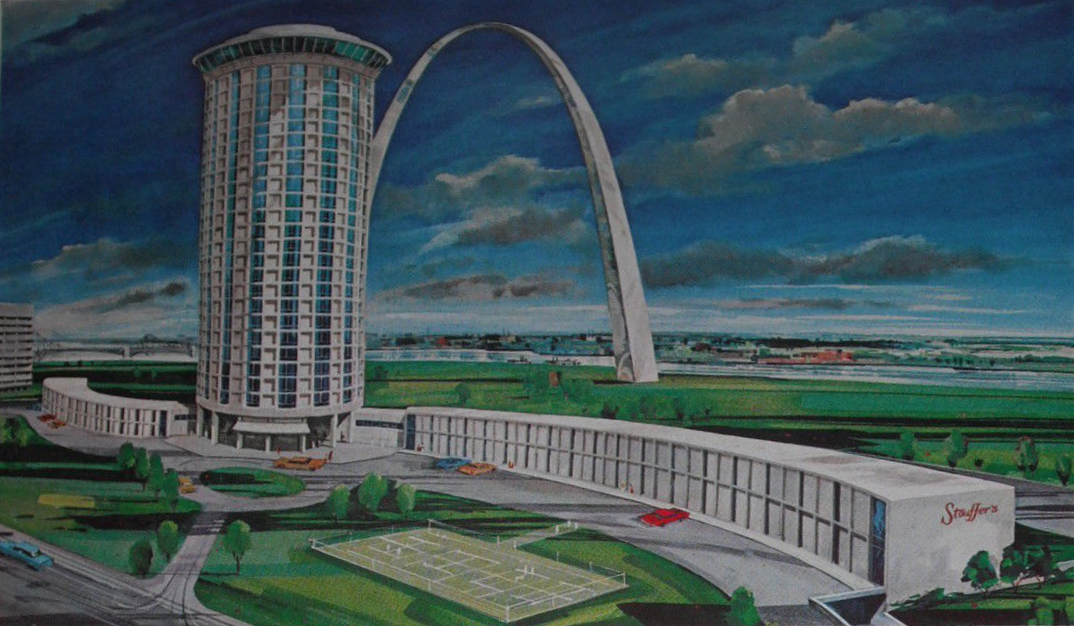 Spinning back to life, nextSTL has learned a major renovation will soon revive the landmark 28-story Millennium Hotel downtown. Offering unrivaled views of downtown and the Metro East for nearly half of a century, the hotel featured the area’s only revolving restaurant. 150 employees lost their jobs this February when the property owner, London-based Millennium Hotels and Resorts, shuttered the 45-year-old hotel.

The Lawrence Group will act as developer for Millennium Hotels and Resorts on the nearly $30 million project. According to sources Paric Corporation has also been working diligently on renovation plans. The 780-room hotel is adjacent to the Gateway Arch and in close proximity to several other popular St. Louis destinations. An attempt to reach The Lawrence Group for comment was unsuccessful. 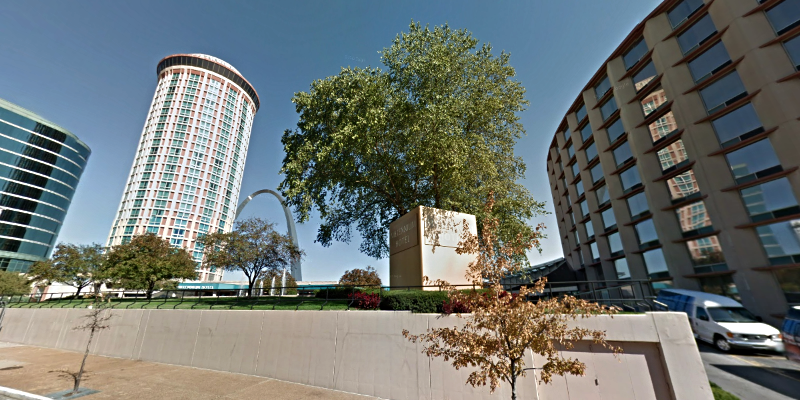 {Google Streetview today, showing both towers, and the Gateway Arch}

The barrel-shaped concrete and glass building is in the Modern Movement style and was first known as Stouffer’s Riverfront Inn. It was designed in 1964 by New York architect William B. Tabler and completed in 1969. The revolving Top of the Riverfront Restaurant operated atop the hotel from it’s opening to closing earlier this year.

It would take the restaurant one hour and 20 minutes to complete a full 360 degree revolution over 300 feet above the ground. According to National Register of Historic Places Registration documents only five other similar structures had been built previously nationwide. 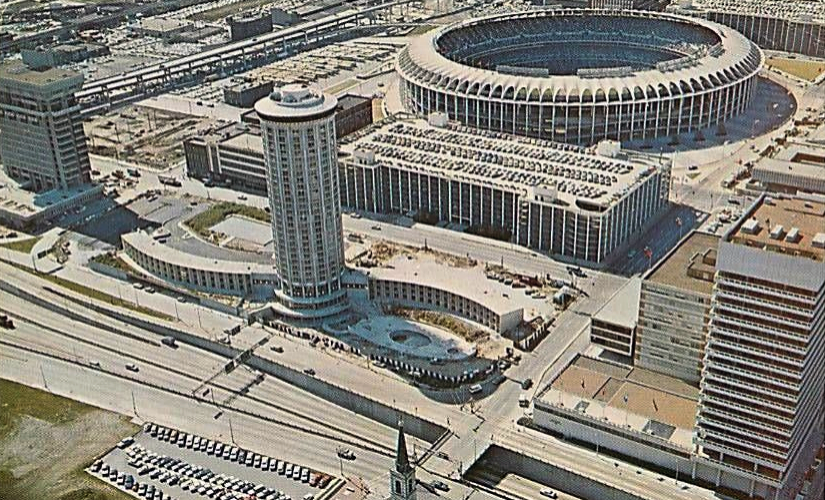 Plans for whether the building will remain a hotel, be converted to residential condominium or rental units have not been revealed. Both options are mentioned in the National Register nomination form. However, sources say Millennium Hotels and Resorts is looking for a quick turnaround. No windows have been boarded up and estimates have the owner paying nearly $1 million annually to maintain the building.

The hotel was in limbo much of last year after 616 of the 780 rooms were shuttered for needed building systems repair. No work was completed at the time, and Millennium chose several months later to close the entire complex. In the United States, Millennium properties are managed by Millennium Hotels and Resorts of Colorado. At the time of closure, the company stated there were no future plans in place.

Longtime 7th Ward Alderwoman Phyllis Young seemed receptive to the idea of renovation when reached for comment. Alderman Young stated, “This property is an asset to the community. It has been a part of the St. Louis skyline for almost as long as the Arch. Renovation news will ensure this presence remains.” 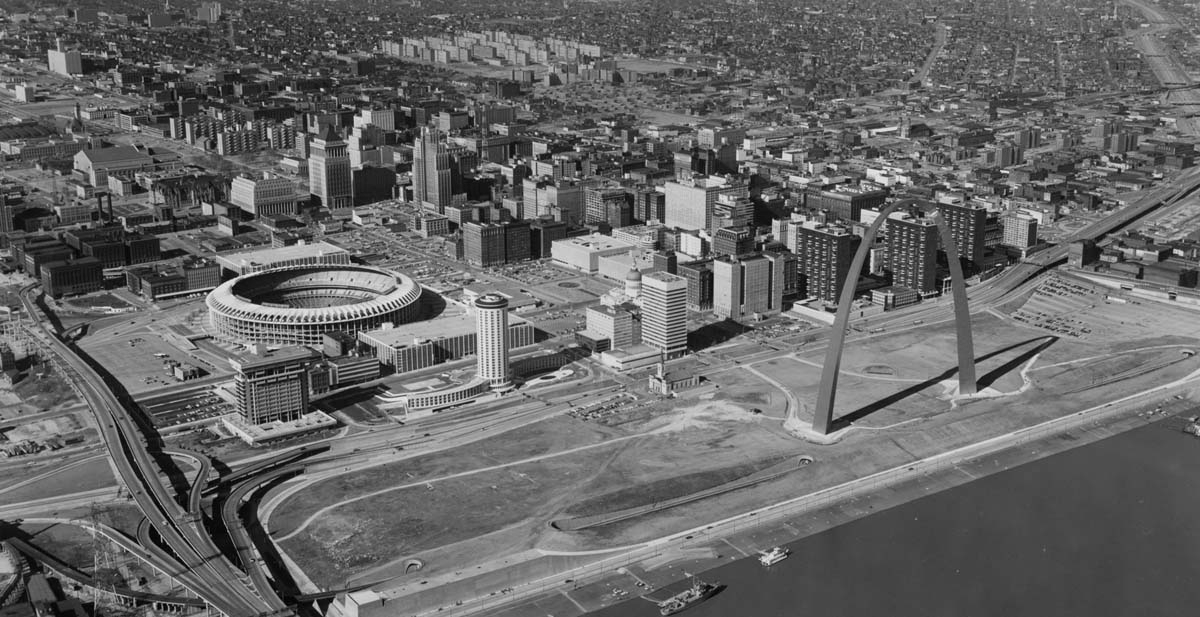 Young added that she believes this would be the third major renovation of the property since she began representing downtown residents in 1985. The renovation plans will coincide with a $380 million Gateway Arch project which broke ground last month. The property has also been known as the Mayfair Riverfront Inn, Sheraton Hotel, Regal Hotel, and Clarion Hotel over its lifetime.

The extensive Arch grounds renovation, including the Old Courthouse and Kiener Plaza, sits just a block north of the property. The $385M Arch ground project will include an expanded museum, new museum entrance, new pathways, ponds, and other landscaping improvements. Despite a late start it is hoped that significant parts of the project will be be completed by October 28, 2015 in time for the 50th anniversary of the tallest man-made monument in the Western Hemisphere.