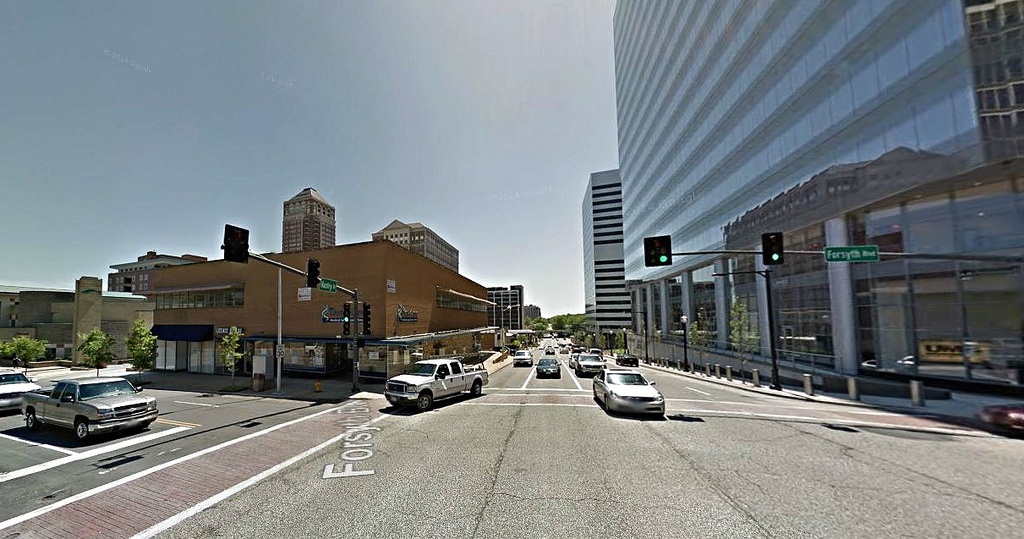 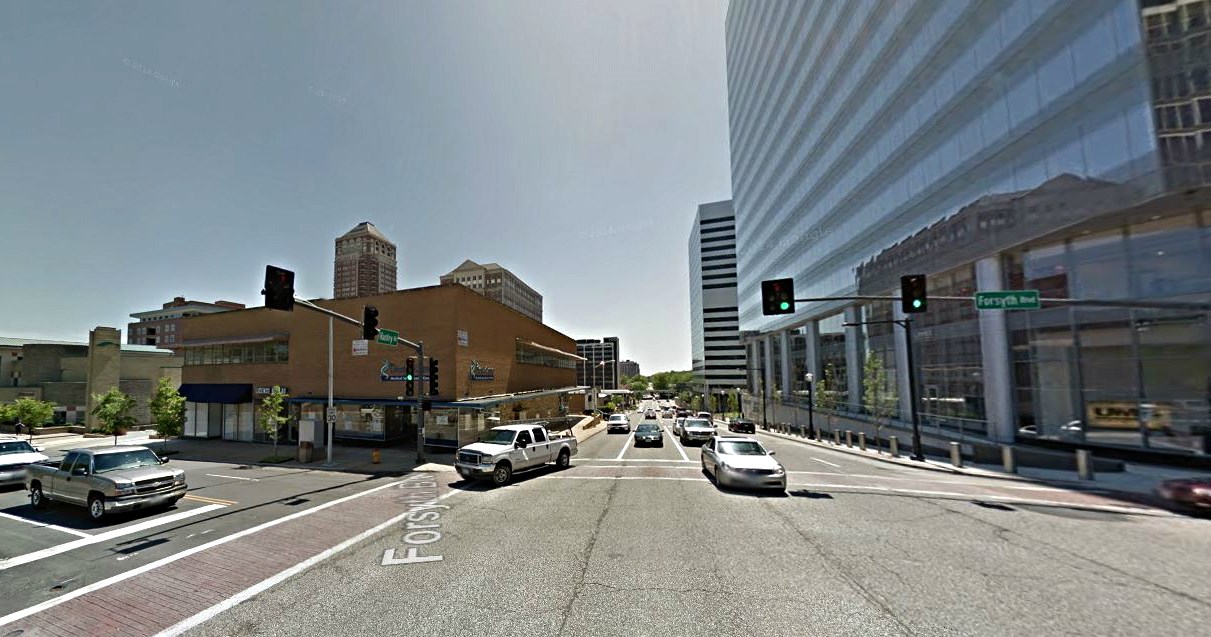 nextSTL has learned Centene Corp. has put a deal together for several parcels in Clayton along Hanley Road between Carondelet Plaza and Forsyth Boulevard. The Clayton-based Fortune 500 healthcare management company intends to expand its campus footprint by building a second tower on the property.

According to sources, Centene has reached terms with Gershman Commercial regarding three properties within the development zone. The bundle includes 12 S. Hanley Rd. which was completed in 1958, 20 S. Hanley Rd. was constructed in 1960, and 7642 Forsyth Blvd was built in 1952.

Michael Allen, founder and director of the Preservation Research Office and a lecturer in American Culture Studies at Washington University, sees nothing necessarily wrong with the demolition that will inevitably follow. However, he notes the lack of any preservation planning ordinance in Clayton. 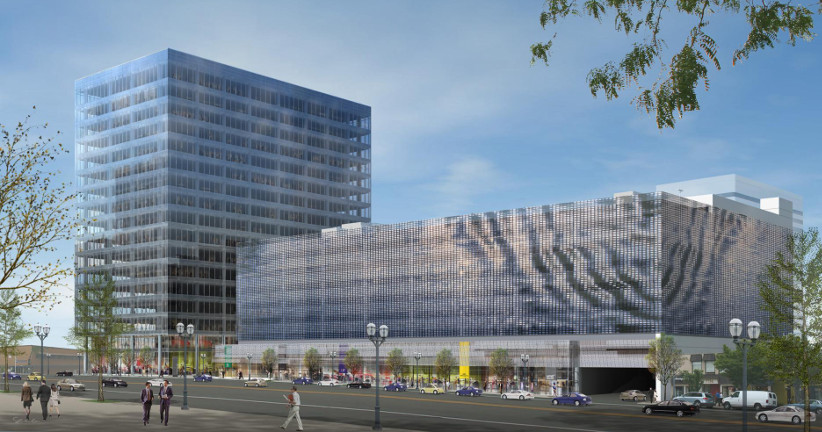 “The problem with this project is not so much the proposed individual demolitions, but that Clayton has no mechanism to run the losses of these humanely-scaled modern buildings against professional standards or community desires. Until the city creates preservation review, it is hard to support demolitions — even ones that might lead to beneficial development,” Allen commented.

In 2008 Centene backed out of plans to be the corporate anchor for Ballpark Village next to Busch Stadium in downtown St. Louis, and also considered moving its headquarters out of state. Clayton then approved $22 million in tax abatement. Centene built a 17-story office tower at 7700 Forsyth Blvd. with a 1,700-space parking garage and a public plaza with decorative landscaping, including outdoor seating, a waterfall and a fire pit. 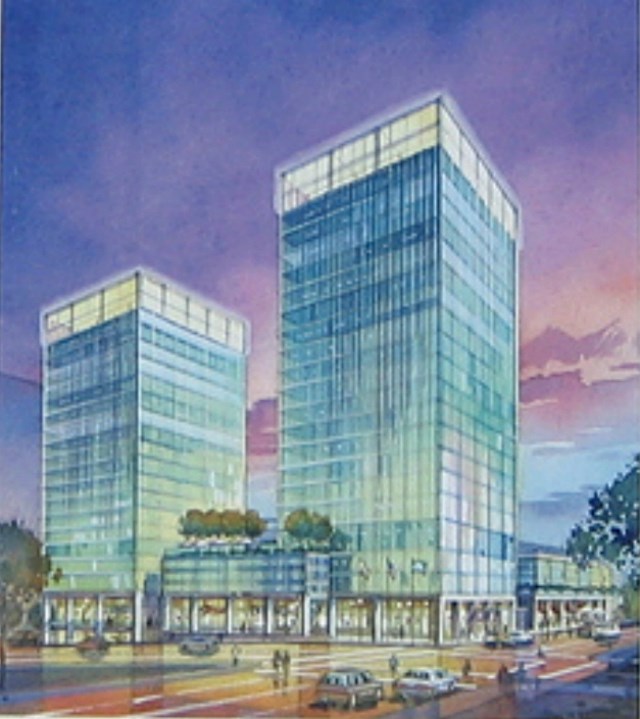 Along with 20,000 sq. ft. of ground floor retail Centene Plaza phase one is 100 percent leased to companies including one of the region’s largest law firms, Armstrong Teasdale, as well as, JP Morgan, Cassidy Turley, and Stinson Leonard Street LLP.

Centene, the state-appointed administrator of Medicaid, reported $10.5 billion in revenue in 2013. That was a 37 percent increase, and its profits totaled $161 million. The company recently selected Ferguson as the location for a new claims processing center. The facility plans to employ approximately 200. Representatives from neither Centene nor Gershman Commercial were made available to comment. We’ll continue to update when additional information is made available. 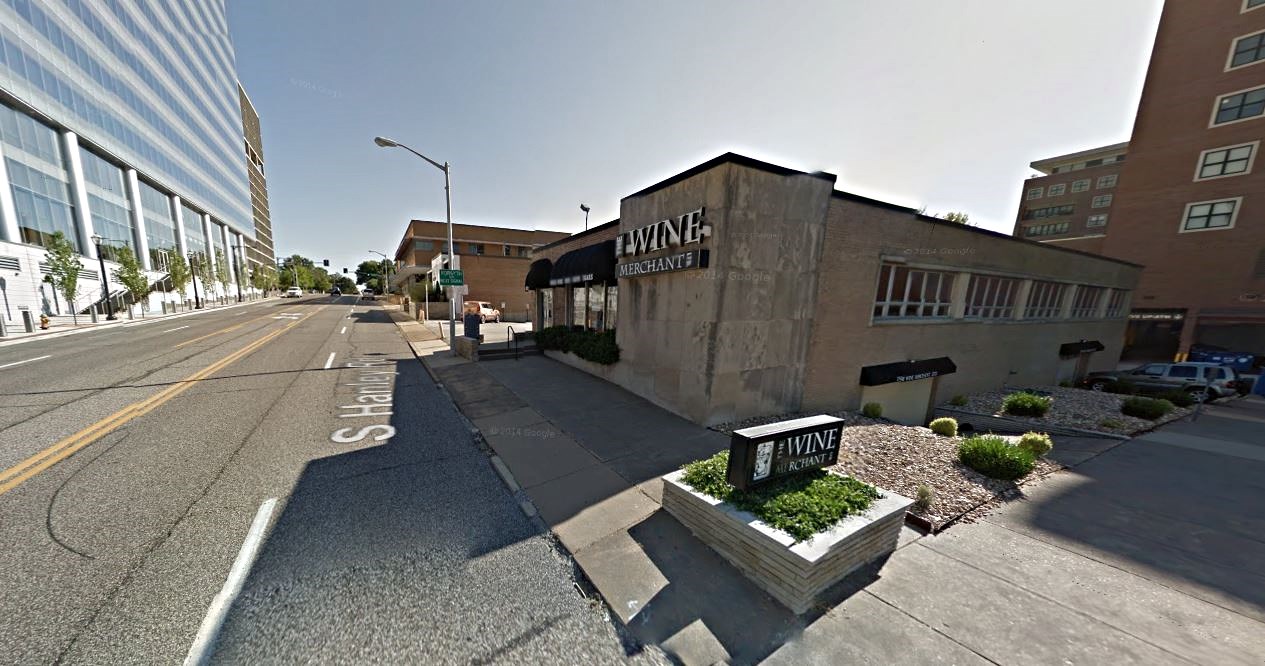 {The Centene development would replace the Wine Merchant, and adjacent buildings} 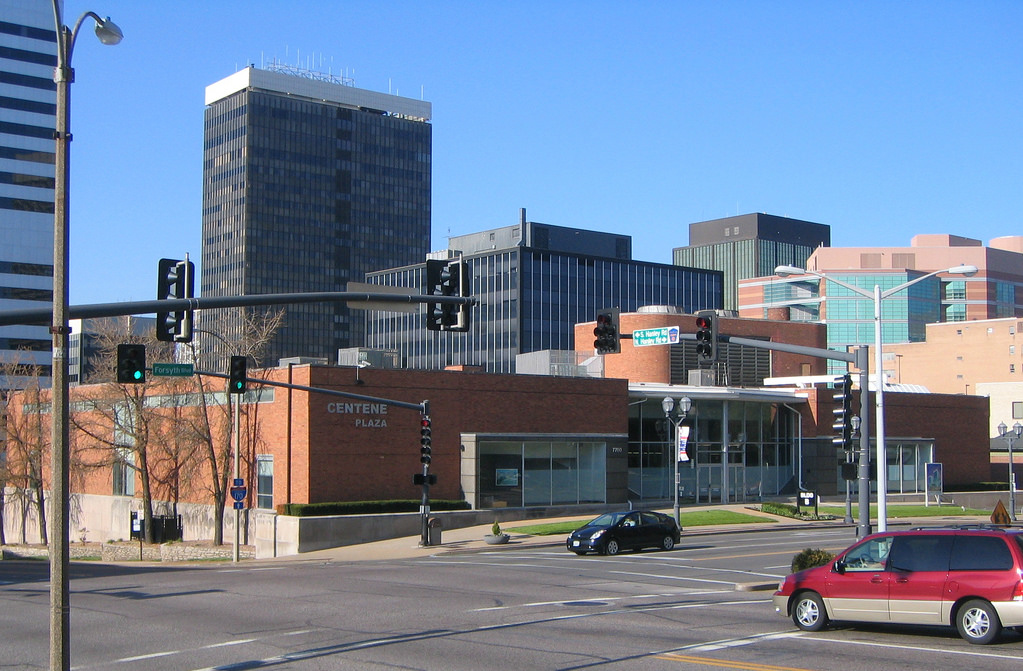 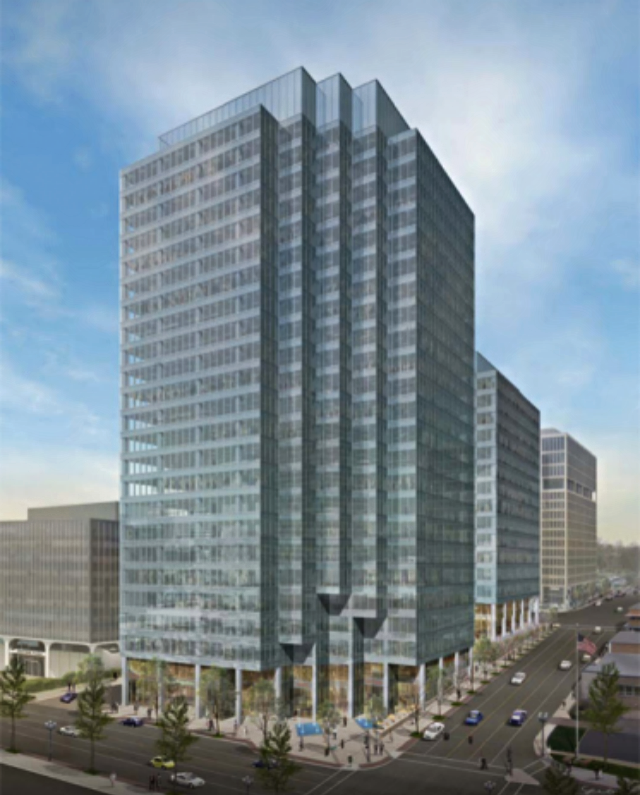 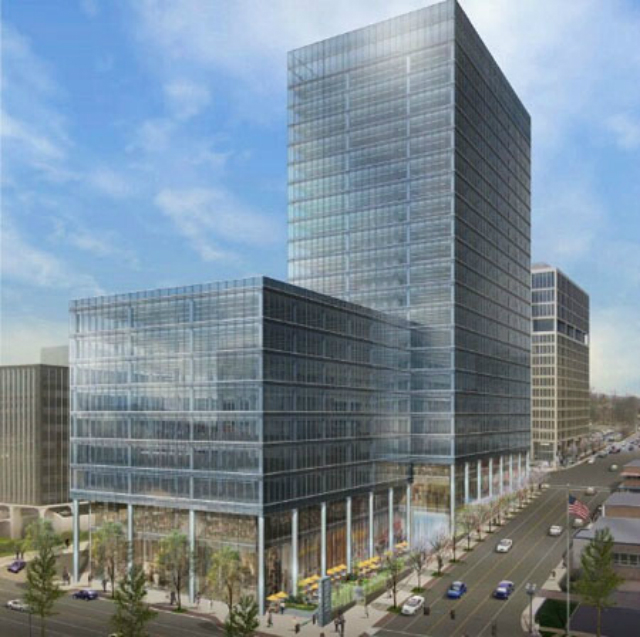