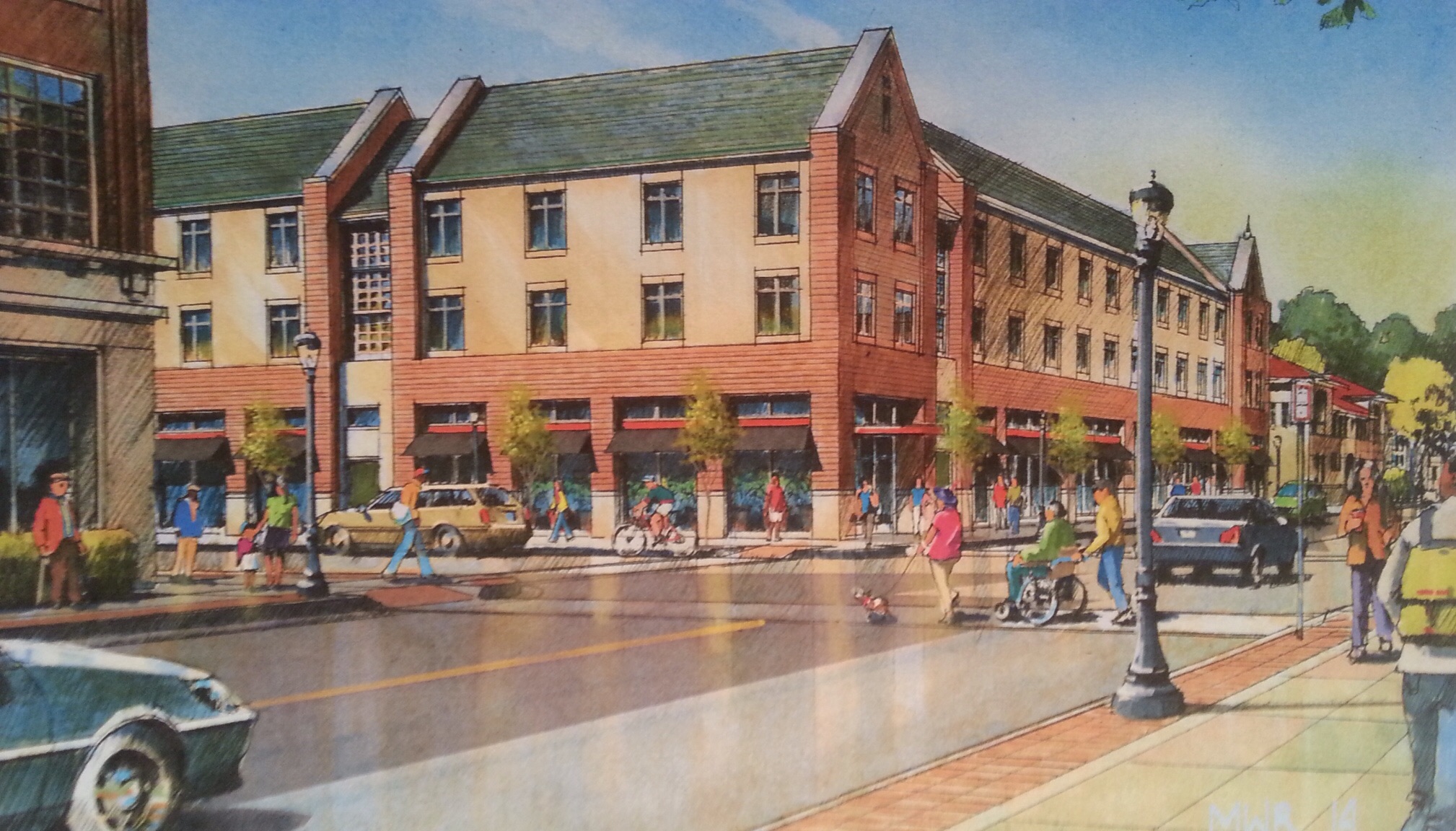 The Independence Center is proposing a mixed use project for the northwest corner of Sarah Street and Laclede Avenue. They propose 38 apartments on two levels above 15,000 square feet of clinic and retail space. Independence Center would like to place a 12,000 s.f. clinic and a 3,000 s.f. floral shop on the first floor. The project would replace a vacant corner lot.

Bond Architects of Clayton is the designer. If the project is allowed to move forward, PARIC would be the general contractor. The 45,000 square foot building is expected to cost between 10 and 11 million dollars. 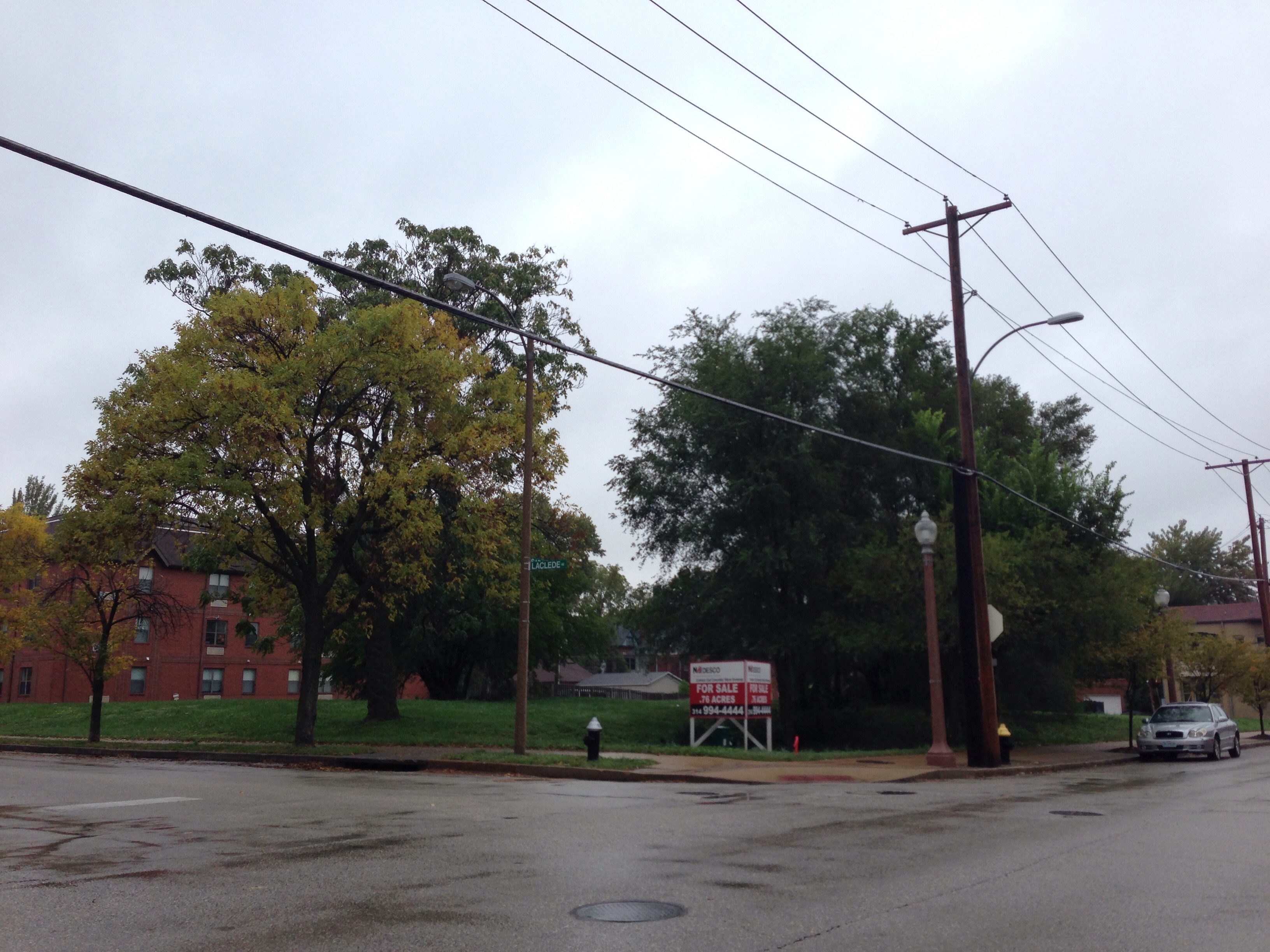 To move forward, the project may require three zoning variances. First, a project of this magnitude has a zoning requirement of approximately 70 parking spaces, and the Independence Center is proposing only 25 spaces off the alley, plus another 15 surplus spaces from their building next door. Given that few Independence Center residents drive, there is likely to be only minor objection to such a variance.

The proposal in its current form would require two other variances, however. One exception would be required for the use of stucco on the upper levels–a material not allowed under the neighborhood’s Form Based Code. Another variance would be required to allow a clinic facing Sarah. Doctors’ offices are not considered retail under current zoning laws.

Retail has proven a challenge for this stretch of Sarah. The 6 North retail space across the street has remained vacant for several years with little interest. Independence Center proposes a mix of retail and medical, with the clinic itself desiged within ordinary shop bays, giving the appearance of retail.

If the project is approved, Independence Center will sell their existing building a half block west on Laclede and move those services to the new building at Sarah. This new outpatient clinic location is expected to serve approximately fifty clients daily, which is slightly more than their current location. The organization has provided services and housing in the neighborhood for over three decades with very few complaints.

Independence Center has spent approximately $40,000 so far on environmental studies, surveys, core samples and architectural work. They are working on bridge financing. The neighborhood association has endorsed the project conditioned on (1) finding an alternative to stucco on the exterior and (2) extending retail along the entire Sarah streetfront. It is not known whether Independence Center will be able to make that latter requirement work with their program requirements. To maintain its 12,000sf clinic while also meeting the neighborhood’s wish for retail along Sarah would leave the first floor with quite shallow retail spaces fronting Sarah–perhaps twenty feet deep–with clinic use behind. It is unknown whether such a compromise is manageable. The clinic use is what makes the entire project financially feasible, according to the Independence Center .

Despite the neighborhood’s continued gentrification, the southern half of the Central West End has continued to be a vital place for adults with illnesses, disabilities and special needs. Long anchored by hospitals and dense with social services, the neighborhood is walkable and accessible to many. While new student housing and luxury apartment buildings continue to be announced, other projects have worked to keep the Central West End a diverse and inclusive neighborhood for all residents. The 6 North development across Sarah was one of the first 100% universal design apartment buildings in the United States, with all 80 of its units and common areas fully accessible to both disabled and non-disabled persons.

Next steps for the Independence Center project will be for Park Central Development Corporation to consider a revised proposal, after which the project will require zoning variances before it can proceed.