A new six-unit residential building will rise on the Compton Gate Condos site on South Grand, just west of Compton Heights in the Shaw neighborhood. The parcel is addressed as 3606-16 Flad. The permit amount is $810,000 and the listed contractor is The Building Pros.

The six townhouses will sit to the rear (west) of the existing Compton Gate Condos, completed in 2007. The foundation for this smaller structure was poured around then, but the recession halted construction until now.

Duffe Nuernberger Realty has the site listed as “sold” for the price of $75,000 on its website. That link also contains a rendering, shown below:

These six new townhouse units are styled similarly to the existing building, shown below (image courtesy of Duffe Nuernberger Realty): 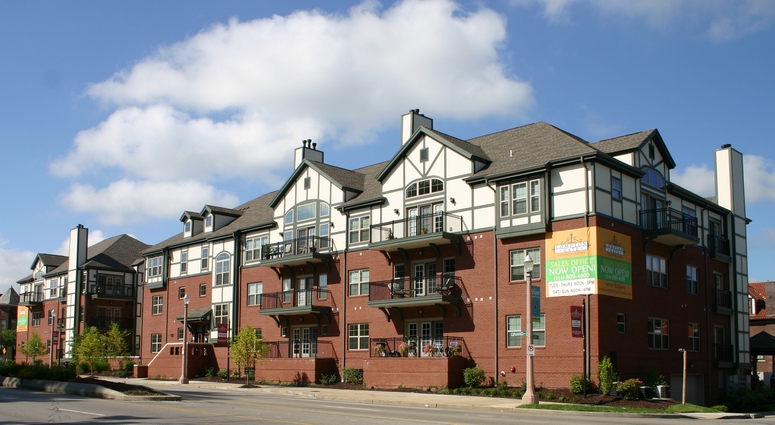 Click here for an aerial map, which also shows the already-poured foundation.