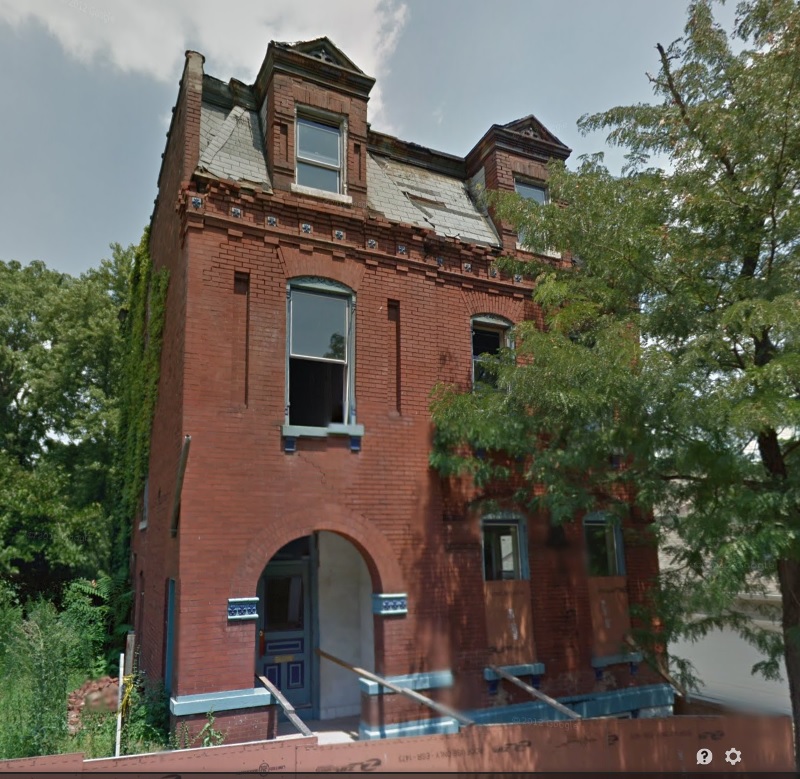 Another vacant and condemned Soulard building may soon be rehabbed. A $60,000 building permit has been issued to the owners of 1041 Shenandoah for interior and exterior alterations. This permit comes in the same week that another one of Soulard’s most visibly decayed structures also saw a rehab permit issued–1212-14 Lynch.

Below is a Google Streetview capture of 1041 Shenandoah: The $60,000 permit may not be enough money to fully restore this worn building, but it should be enough at least to stabilize the building and re-sell it.

Since the early 1970s a large number of Soulard structures have been rehabbed, leaving very few visibly vacant and decaying buildings where once there were many. If 1041 Shenandoah and 1212-14 Lynch see full rehabs, that will leave the partially collapsed building at 1925-27 S. 10th Street as the neighborhood’s “neediest case” for rehabilitation.