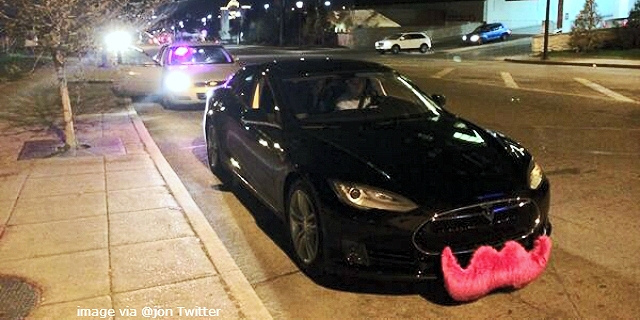 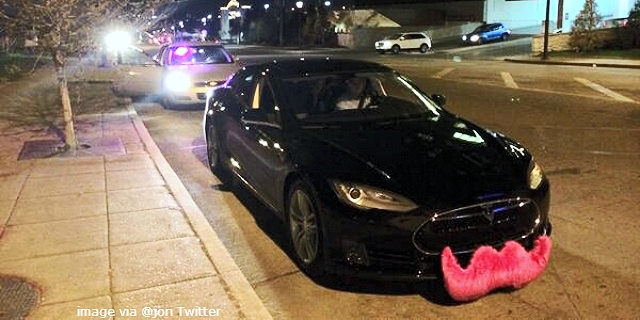 News in other cities has been flooded with stories about ride-share companies for the last year or more, but Lyft was the first major ride-share (or TNC) to dip its toe into the St. Louis water. As TNC service has expanded into mid-size markets around the country, local regulatory approaches around have ranged from an awkward embrace to outright hostility.

Here, our mayor’s office, and by extension our Metropolitan Taxi Commission (MTC), hewed decidedly towards hostility, pulling over Lyft drivers within 90 minutes of service beginning and sending them on their way with court summons for operating an illegal taxi service.

The charge was led by Lou Hamilton, chair of the MTC, who professionally earns his living as a local lobbyist for companies like AB-In Bev, Quik Trip, and the St. Louis Cardinals. (When those companies make a campaign donation, Hamilton is generally the guy who hands you the check.)

To understand what happened to Lyft drivers on Friday, you first have to consider how selective all law enforcement is. We live with an incredible number of local and state laws, and we rely on the honor system for compliance with most of them. A coordinated, immediate crackdown on a business is far outside of our ordinary approach. The completely illegal, unpermitted car storage operation in the middle my neighborhood that’s been operating for 90 days without a court summons is only one example.

You should also know how many mundane things are actually illegal in St. Louis. Freelance graphic design from your home computer without a business license: illegal. Editing a book from your home office without a zoning waiver: illegal. Walking a dog on a leash longer than 6 feet: illegal. Manufacturing candles downtown: illegal!

Regardless of whether or not Lyft is complying with the MTC’s rules for taxis (and they aren’t), it’s still clear the Mayor’s office decided this was a place to draw a line in the sand and demand strict compliance with the letter of the law. No compromise here.

Was that the right call? No, it wasn’t. If you’re thinking the MTC was making a principled stand, lest the Lyft scofflaws undermine our collective respect for the law, take a look at MTC chairman Lou Hamilton’s twitter feed. (@hamiltonstl)

It speaks for itself, not searching for a way forward, but demonizing St. Louis residents who might want to drive for Lyft or use the service. Hamilton calls the drivers “Snidely Whiplash” and ride-share companies “Incredibly arrogant”. Other St. Louis division heads chimed in as well, calling drivers, “Creepy guy(s)”. There’s much more, but you get the point.

Technology changes markets. Markets evolve, people’s tastes change, and society evolves in conjunction. Governing bodies either adapt their rules to maintain cultural relevance, or people simply decide to ignore them. MTC’s insistence that TNC companies can operate only as long as they operate exactly like traditional cab services pushes them dangerously close to irrelevance. The solution is for the MTC to write new rules that acknowledge the inherent difference in this new class of companies. So far they’re made no effort to do so, despite a number of emerging strategies from other cities grappling with the same issue.

The long term arc of this story is predictable. If people like using these ride-share services, St. Louis will adapt rules to let them operate above board. Will St. Louis be an island of traditional taxi service in national ocean that’s rapidly showing a taste for ride-share? I doubt it.

The best reason for regulatory caution with ride-share isn’t protectionism (especially for an industry that doesn’t have very good protections for employees in the first place). It’s guaranteeing service to low-income areas that may be only marginally profitable for taxi companies. Should TNC’s push traditional taxi service out of business, there is the risk that essential service to low-income areas will suffer. (Of course, some taxi drivers already illegally deny pick-up to residents, but that’s another story.)

If we had a functional, nimble MTC, they’d be thinking ahead and looking for solutions to that potential problem. Here’s one solution: If we need to guarantee service, lets just subsidize rides from the lowest income areas. If this sounds crazy, it’s exactly how St. Louis has approached expanding youth employment in the summer. We just pay employers to hire teenagers.

But there are plenty of potential benefits as well: The St. Louis region’s long history of lax drunk driving enforcement (and resulting injuries and deaths) is one obvious area. Faster ride service could very well mean fewer drunk driving fatalities. Increased mobility options for seniors is another application. Reduced cost for low-income residents using taxis on an emergency basis to get to work. An easier travelling experience for tourists. For some families, ride-share access might even mean they can ditch one of their own cars, reducing their cost living by thousands of dollars a year.

What no one is talking about: The taxi / ride market isn’t static. Access to TNC’s might simply expand the overall market. People may choose to use a TNC rather than drive to dinner or a baseball game and pay for parking. They may use it instead of a lengthy bus transfer.

There is no evidence yet that one additional ride-share ride means one less taxi ride. This week in Chicago I saw many late-night workers using it rather than waiting for a bus at the end of their shift. For all we know, ride-share is the end of the paid parking or bicycle industry, not the taxi industry. The world is unpredictable.

After two years of buzz from every civic leader about St. Louis’ emergence as a “Tech Hub”, this has been a dismal week in dealing with what being a tech hub looks like. One tech company mainstay is disrupting existing markets. I personally don’t put much faith in technology to always improve our lives, but I also recognize technology and market evolution happens anyway. If we want to continue to regulate the ‘car for hire’ industry (and we probably do to some extent) we can’t assume the industry is still operating like it was in 2003.

The “shared economy” isn’t very old, and St. Louis is hardly ground zero for its affects. In fact, as usual, we have ample opportunity to learn from the experience of other cities. And as usual, we aren’t. Using police in an attempt to stop the evolution of the transportation industry is no more likely to succeed than using police to stop rogue license-less home web designers. Gumming up our courts with Lyft drivers isn’t a sensible use of public resources.

The 700 people who interviewed for jobs as Lyft drivers weren’t moonlighting Cardinals lobbyists and corporate attorneys, they were St. Louisans trying to earn more. Sticking it to Lyft drivers is the equivalent to sticking it to pizza delivery drivers. Its not working-class friendly. The MTC can, and should, update their rules to let these companies operate legally. California has already built the legal framework, and we can copy it. While we’re at it, maybe we should legalize graphic design too.