The Skinker DeBaliviere neighborhood planning process wrapped up with a public meeting at Grace United Methodist Church in February of this year. The plan lays out a vision for the next 30 years. The full final presentation for Skinker-DeBaliviere is available below.

The areas of contention among meeting attendees (the unraised subject of traffic flows and considering opening and reconfiguring streets is tabled for another generation) were how to implement bike paths along Skinker Boulevard and what to do with Lucier Park. Regarding bike lanes the options are do nothing, add something on the west side, or add something on the east side. John Hoal of H3 Studio, the consultant who has guided the process, stressed that there is a problem at present, and it will only get worse. 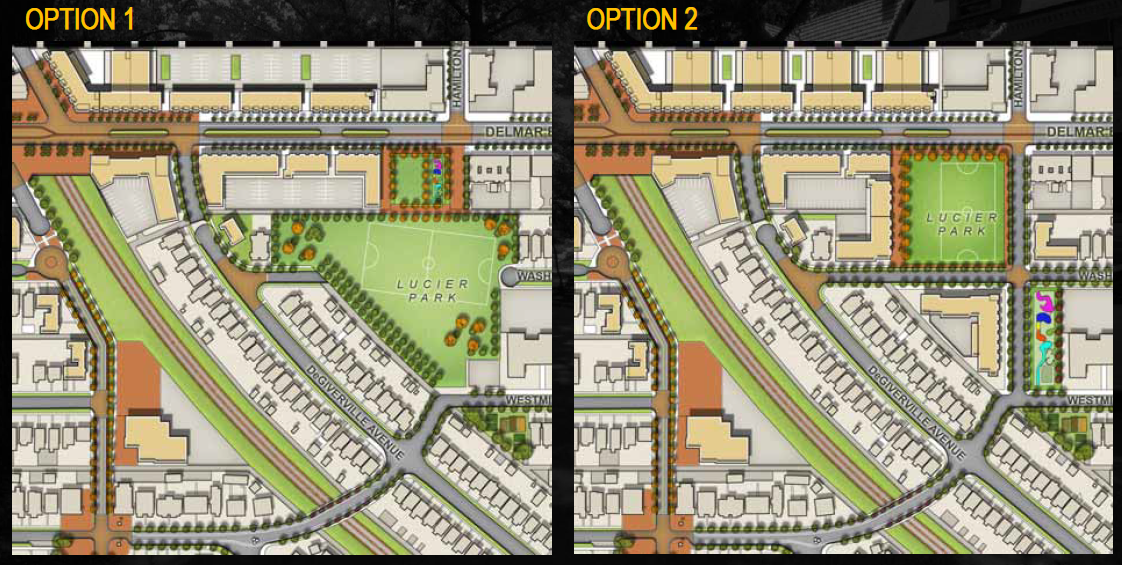 Hoal again stressed currently there is a problem with the park. The options for Lucier Park are: do nothing, option 1, and option 2. Option 1 adds the property at Delmar and Hamilton and spruces up the park with trees. Option 2 builds back Hamilton and Washington Avenues, puts the main part of the park at Delmar, Hamilton, and Washington, and places a playground between Hamilton Ave and Hamilton Elementary School.

Land freed-up would be available for development. From the recent parks bond issue Lucier receives: repair rubber playground surfacing $12,522, install security lighting in park $25,000. From the $64M bond issue the neighborhood’s three parks will see $50,000 worth of improvements. $30M will go to Forest Park.

I agree with the consultants, the park is fundamentally flawed. It’s no surprise given that it was birthed from the demolition of apartment buildings and vacating streets. When redevelopment capital didn’t show up, the park was created. Other neighborhoods like Benton Park and Lafayette Square were built around their parks. They are greatly enhanced by them. As it is Lucier park is an asset for soccer and rugby players, but it is a liability the rest of the time. It adds nothing to the property values of nearby real-estate. 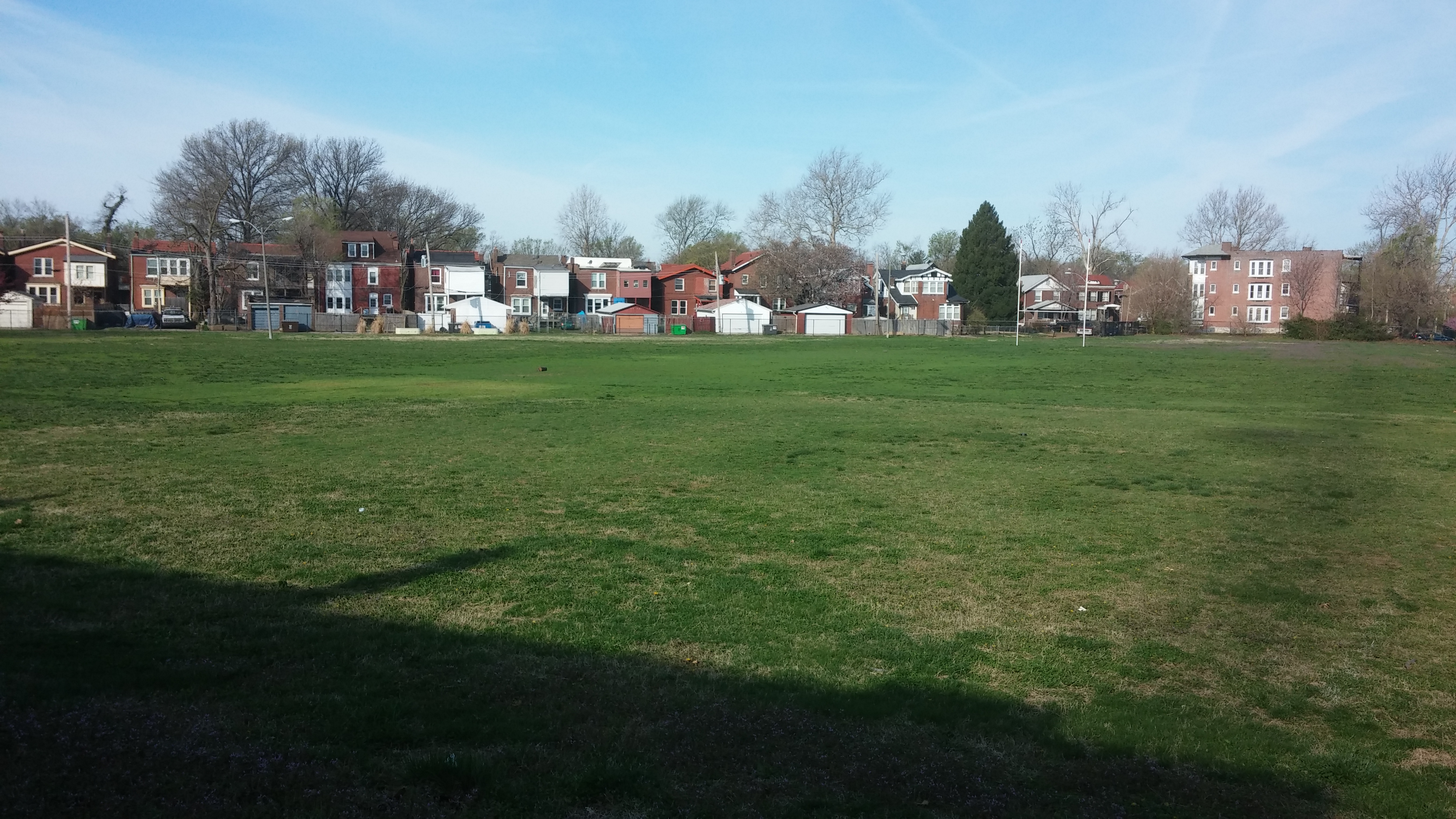 Its flaw is that there are no eyes on the park. No buildings face it. Option 2 fixes this. With property facing the park residents take ownership of it, ne’er do wells see that they are more likely to be seen doing their shenanigans and go elsewhere. The rebuilt streets add frontage for development and improve traffic flow. Buses could access Hamilton Elementary from Delmar instead of going through the neighborhood.

Implementing option 2 requires a city-wide vote because it reduces the size of the park, winning that vote would be no small task. A successful ballot initiative spurred by concerns about a possible development on a corner of Forest Park south of Interstate 64 and east of Kingshighway, means that any sale or lease of city park space must be put to a public vote. 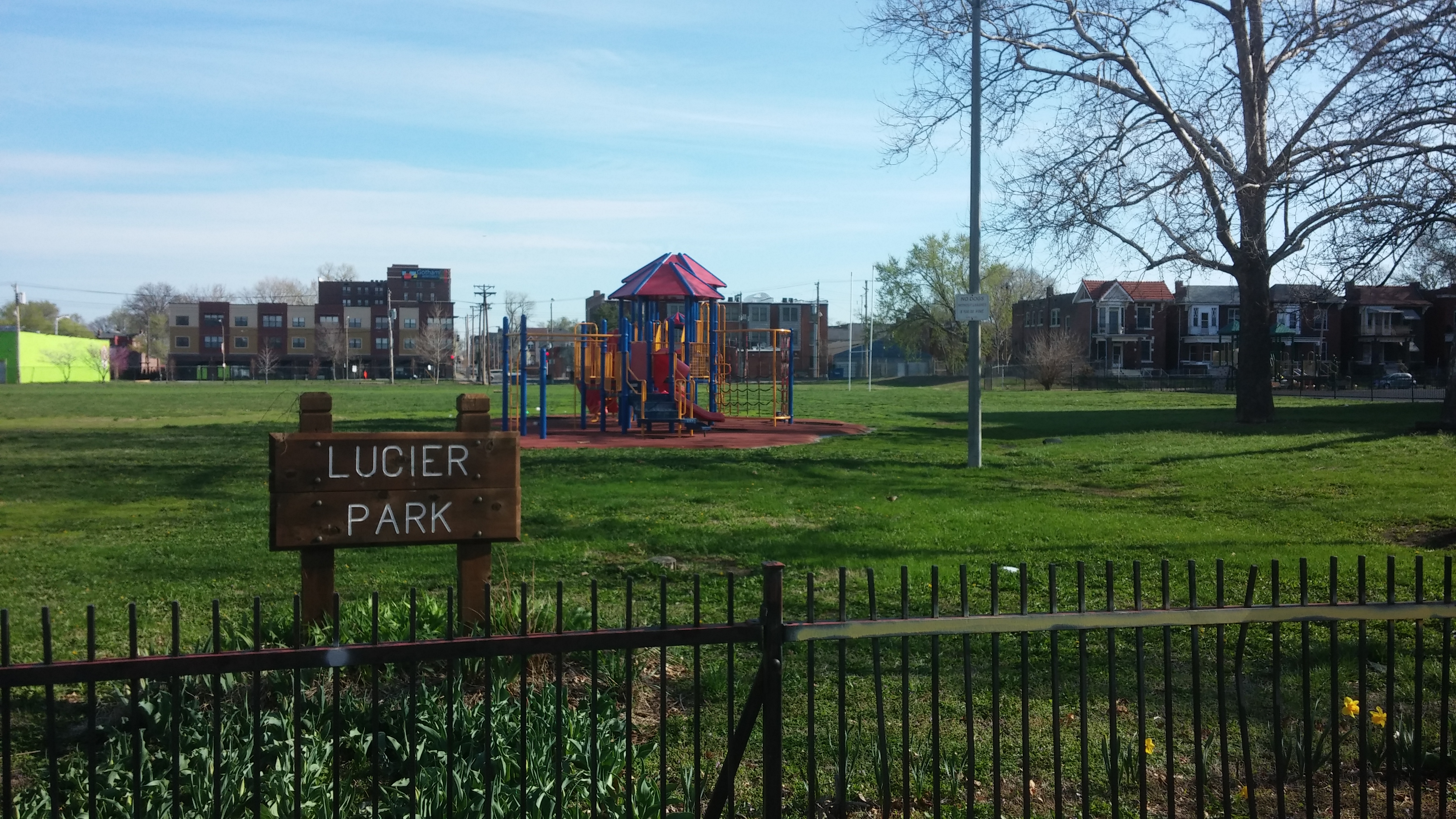 Another concern with either option is that breaking up the potential street wall on Delmar would discourage people from walking further east. Continuous development on the north side of Delmar, the trolley tracks and wires, a signature art installation at Delmar and Hamilton, and an open business in the corner space of the Alanson would overcome this.

We don’t have to accept the status quo. Remaking Lucier Park will be difficult, but worth it. 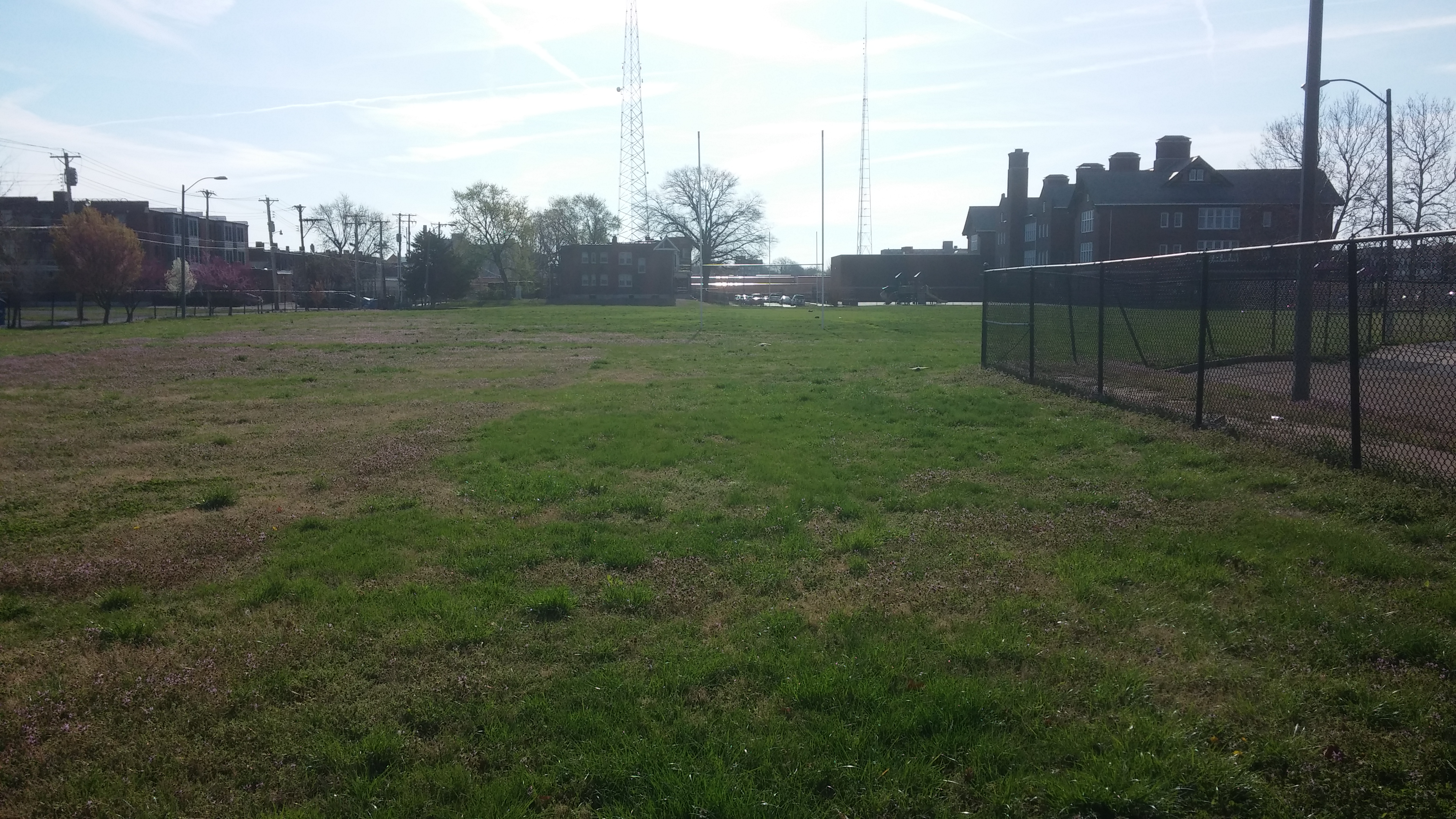 {Lucier Park looking east where Washington Ave should be}