Metro is considering raising fares again. Missouri voters may consider a 1% general sales tax to pay for transportation this fall. A gas tax increase and tolls are seen as DOA, thus the push for a sales tax. Let’s see how the gas tax and Metro fares have faired since the last gas tax increase in 1996. 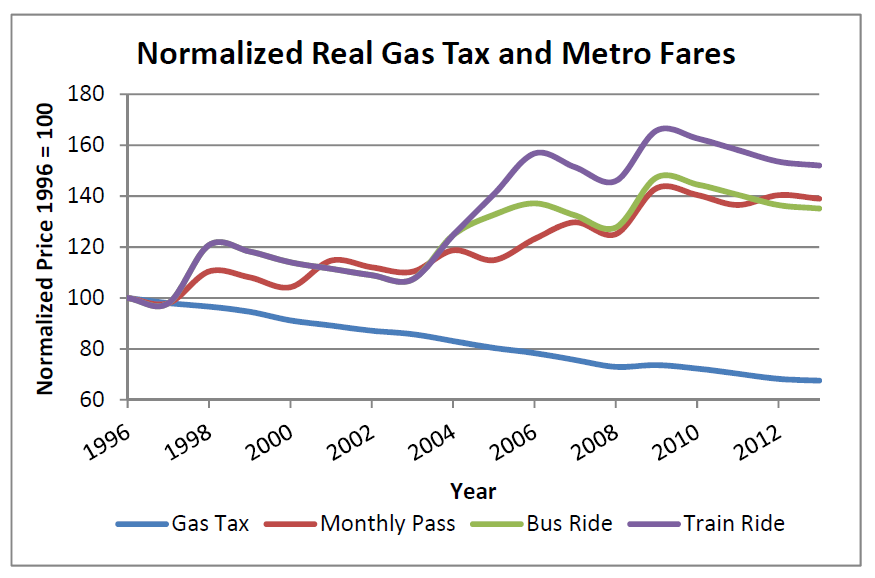 The gas tax of 17 cents would be 25 cents today, and the state would have raised about 20% more from the gas tax since 1996 had it kept up with inflation (I’m assuming the number of gallons taxed each year was constant, which is pretty close to reality) 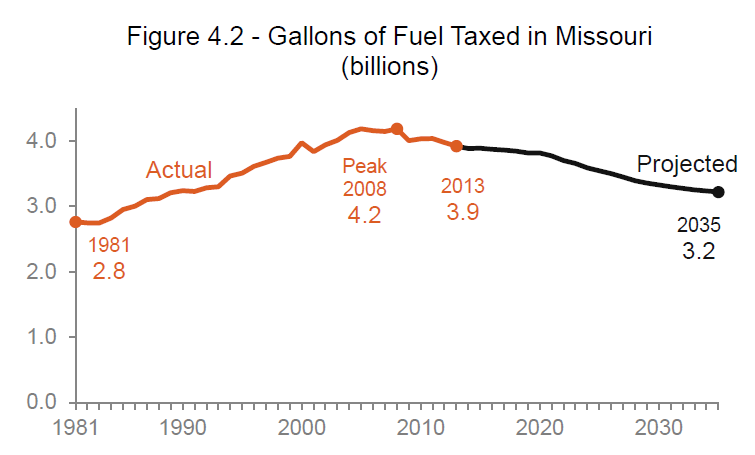 As you can see the value of the gas tax has been eroded by inflation while Metro fares have out-paced it. Of course this isn’t the whole picture. Property and local sales taxes and the Federal gas tax (hasn’t increased since 1993) and general revenues also fund streets, roads, and highways, and local sales taxes, Federal, and a minute amount of state money goes into Metro. But this puts into perspective just who is paying their “fare” share.

Metro will be holding public meetings to discuss raising fares