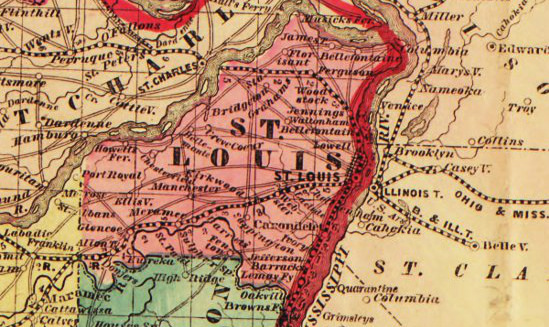 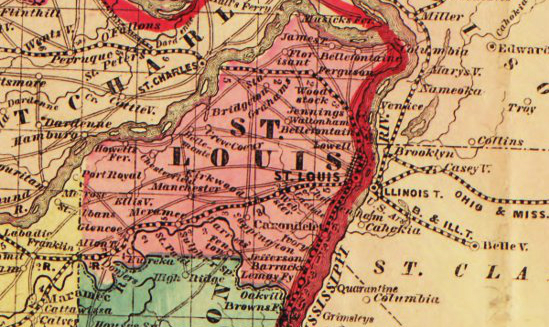 This summary of the secession of St Louis City from St Louis County and the reunification attempts comes from Fragmented by Design by E. Terrance Jones, a must read for anyone concerned about this issue.

1930 Metropolitan Federation
An academician wrote an amendment to create an overarching metropolitan government called “Greater St Louis” which would take on roles such as sewage, water, and major parks. It was put on ballot via voter initiative

1958-59 Metropolitan Government layer
The effort was led by Alderman and academicians. Ignoring poll results, they formed a solution to a problem that the citizens didn’t see. A new layer of government with a president and legislature with power over arterial roads, public transit regulation, land use planning, economic development, wastewater sewers, civil defense, and crime lab/police academy. The Board of Freeholders was more open, holding public hearings and broadcasting them on TV.

1962 Borough plan
(Note this is the time when Nashville merged with Davidson County)
An amendment was proposed to create a Municipal County with 22 boroughs each electing two representatives to a legislative council and an executive mayor. After getting the amendment on the ballot, very little effort was put into getting it passed. The voters would recognize a great plan and do the right thing.

1982-84 Civic Progress commissioned studies and wrote a plan for a charter municipal county. All but school districts, special districts, court circuits, MSD, and ZMD would be merged. It all would operate under the county’s charter with necessary changes and the whole county would have a 1% earnings tax. The petition language for the Board of Freeholders would have limiting language. They opted not to seek petition signatures.

1987
Gene McNary, St Louis County Executive, led an effort to combine the 90+ County municipalities into 21 and add one or two City-County districts. The Board of Freeholders commenced drawing boundary lines and settled on 37 municipalities, a joint Economic Development District, and protection districts reduced to four. A County earnings tax would replace property taxes, zoning would be guided by a county-wide master plan.

Jones concludes that all these attempts failed because either side perceived itself as the stronger entity and didn’t want to marry down. In other regions, where reform has been successful (Nashville, Indianapolis, Jacksonville, Louisville), the city was already in the county, and there wasn’t a dramatic difference in socioeconomic status. Instead of focusing on a prenuptial agreement, they focused on who does what.

My take
I see it as a failure of backers to understand the body politic. Whether business, political, or academic, they seemed to forget that the people would vote on it. Businessmen counted their potential riches, politicians played king by drawing lines on a map, academicians and good government advocates dreamed up perfect government mechanisms. “Vote yes because it’s good for you and we say so” or “we’re so awesome; how could anyone not like our plan?” are not effective campaign strategies. If an attempt at reform is made in the near-term we must take the temperature of the public, answer their questions, assuage their concerns, and incorporate some of their ideas. Either the petition language must bind the Board of Electors to an outline gleamed from the community discussion or a constitutional amendment must set up a framework wherein citizen input matters during the transition process. And then when a plan is set to be voted on, a well-run and funded campaign must be waged.

SLU Law will have a symposium on Feb 28 United We Stand or United We Fall: The Reunification of St. Louis City and County I plan to go and livetweet @stlunite