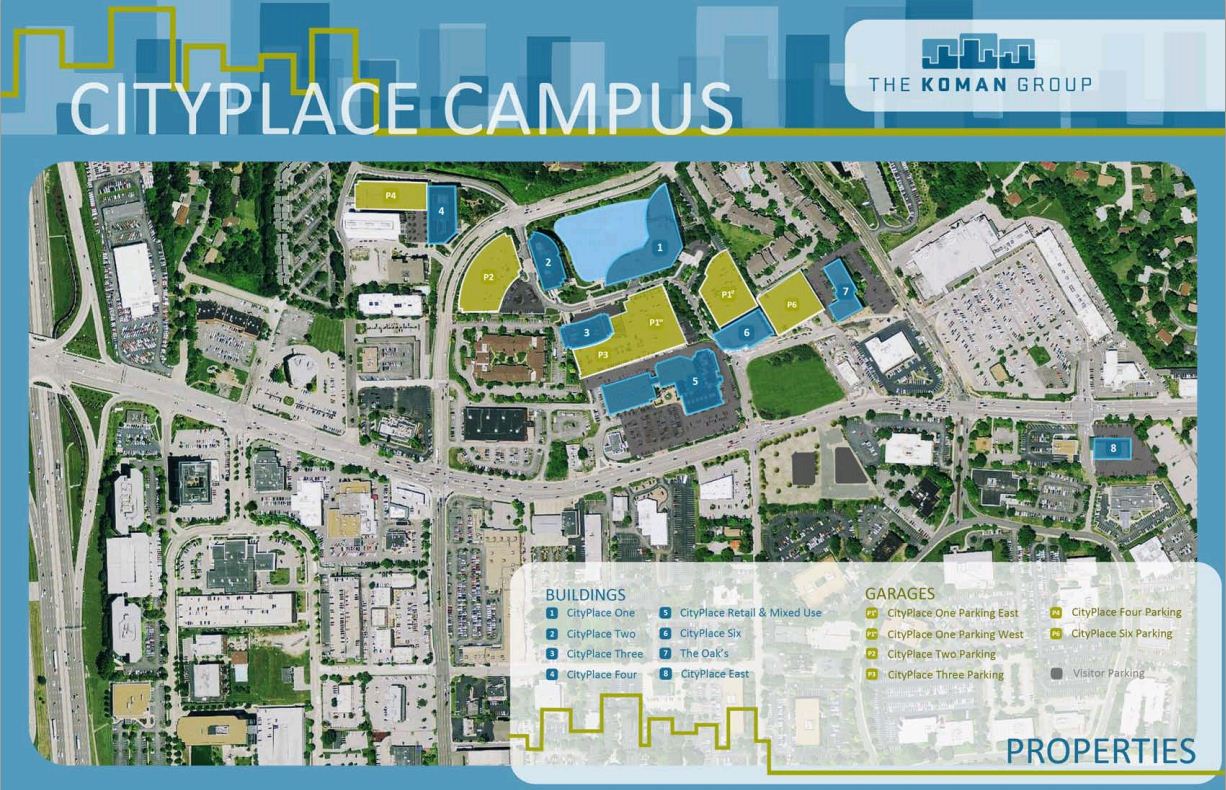 According to nextSTL sources commercial real estate firm the Koman Group is shopping their expansive City Place development located in Creve Coeur. The 40-acre mixed use complex is the firm’s flagship project.  The development has grown considerably since construction on the $36 million first phase began during the late 1980s. The office space, shopping center, and residential area of the development now includes eleven buildings situated just northwest of Olive and Craig Rd.

City Place’s 1.2 million sq ft are currently 92% occupied according to the Koman Group’s website. The buildings offer a variety of amenities that commercial and residential tenants have access to. These include conference and employee-training areas, a fitness center, 24-hour security, and more than 2,000 mostly covered parking spaces.

In 2006 New Boston Fund purchased an 80% stake in seven City Place office and retail buildings from the Koman Group. New Boston Fund is a private real estate investment, development, and management firm founded in 1993 by members of the Rappaport family in Boston, MA.

The firm currently owns 874,952 sq ft of City Place according to the New Boston Fund website. The Creve Coeur development is New Boston Fund’s only holding in Missouri. Nationwide, the firm has acquired or developed more than 160 properties valued in excess of $3.5 billion throughout 13 states.

Geoff often scoops the mainstream media regarding major development projects and issues in St. Louis. Writing for nextSTL since 2012, he's been months ahead of others with reporting on the city's IKEA development, the $400 million Chesterfield Monsanto expansion, and other stories. Follow Geoff and be first to get real insight on the next significant undertaking in the St. Louis area.
View all posts by Geoff Whittington →