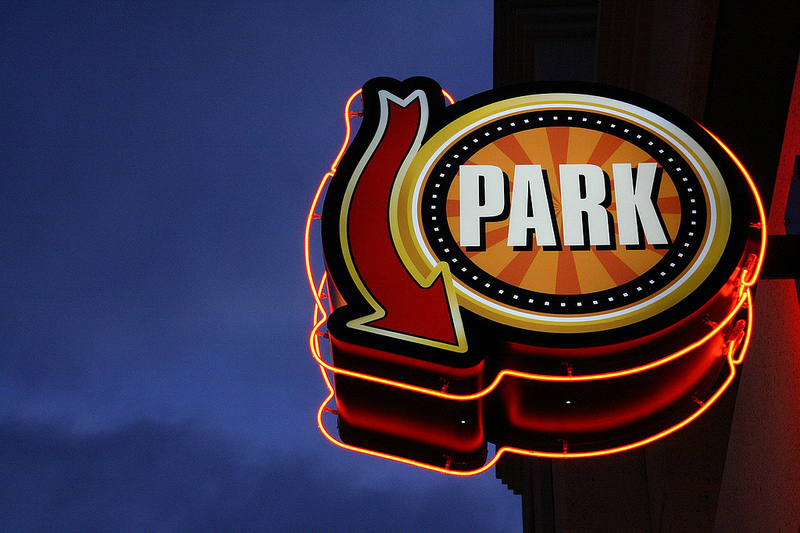 We’ve been watching how the aging suburbs of St Louis County have been dealing with 21st century challenges and trends. We’ve quipped that the first to truly embrace a traditional development pattern based around a human scale rather than an auto scale would win. Just when you think one is taking the ring they take a step back. Maplewood has come a long way with its downtown, however is further devolving the intersection of Big Bend and Manchester preventing the walkable experience from extending west to the Metrolink station, and it mowed down a neighborhood for a car dealership next to the Sunnen station. Kirkwood is doing well, but recently razed downtown buildings because someone mentioned once that there was too little parking. Creve Coeur has a plan for a traditional downtown. Clayton may develop dense residential towers near its Metrolink station, but NIMBY’s may prevent redevelopment of the long empty Maryland school building. Crestwood is contemplating what to do with its dead mall. 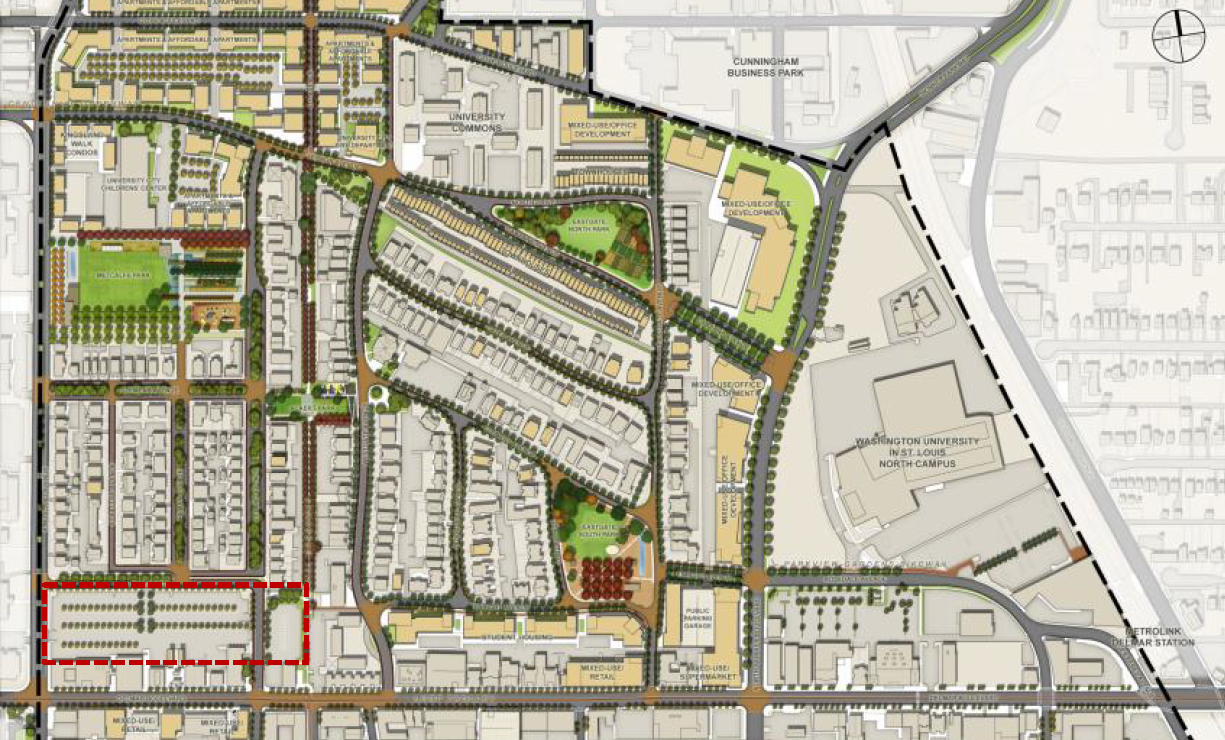 The suburb with the biggest lead is University City thanks to its portion of the Delmar Loop. The Parkview Gardens neighborhood, which contains the Loop, has been working on a plan for the last few years. The vision for its future contains all the hallmarks of good urban design such as greater density, better connections, etc. After a long hiatus of public meetings, one was held on December 12th. Parking was anticipated to be a hot topic. Six of ten questions in the FAQ handout concerned parking. 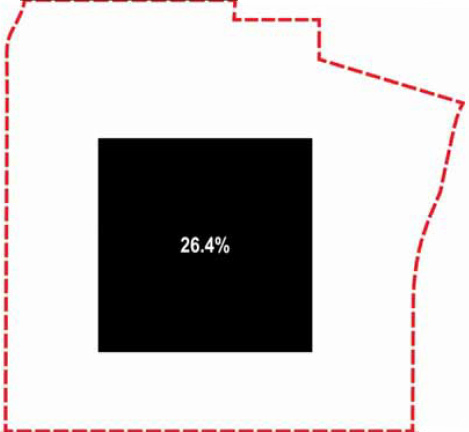 Conspicuously missing was the development of the surface parking behind Cicero’s. Apparently the Loop Special Business District let it be known that the free (U City subsidized) surface parking was critical to their success, and that structured parking is too scary. The U City staff said there wasn’t much comment in support of development of the lots. Well that’s probably because the planning up until that meeting already showed what they wanted! U City’s best chance at growth is in this neighborhood. It should take advantage of the value of this land to add to its population and tax base rather than pay to maintain the lots.

{the city-maintained free surface parking lot in The Loop}

The reason the Loop draws people is in part because it was built not with the intention of drawing people in by car. It draws people in because it is a place, not because it’s a parking lot. The neighborhood has less than half the parking required by code yet somehow succeeds, and probably wouldn’t if it met the code. Large free surface parking is available at Northwest Plaza, Crestwood Mall, Jamestown Mall, West Port, etc; how are they doing? Walking the Loop is comfortable so parking lots immediately by each location is not necessary. Also the forthcoming Loop Trolley will allow parking to be spread out. 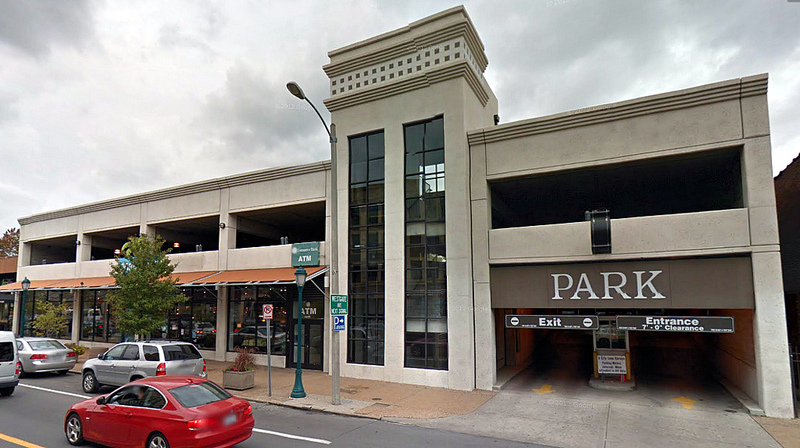 The use of the structured parking above Good Works indicates that garages are indeed not too scary for everyone. What if the garage was gone and made up for by surface parking? Good Works, Phoenix Rising, FroYo, El Maguey, Blue Ocean, and Al-Tarboush Deli would have to go, better? 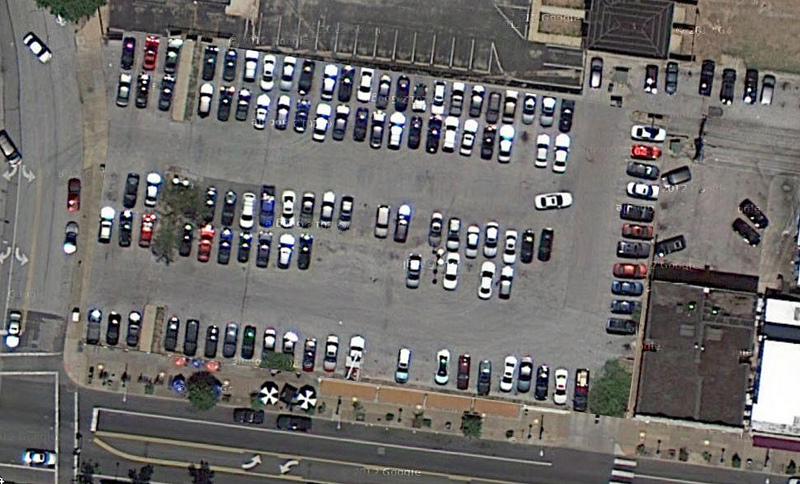 I suggest reconfiguring New Enright and Loop North streets into one street with on street parking (~70 spaces, more if angled parking). Then plan for constructing a building along Kingsland and Enright to the present parking entrance (~250 people perhaps a commercial space on Kingsland). Put a garage behind with the entrance off of Kingsland that has enough spaces for residents and replace the surface spaces that were lost. Leave the rest as is for now and see what happens. Add “Spaces Available” signs to the garages too. Nothing in the plan is going to happen overnight so if there are unbearable negatives from one step there’s still opportunity to change course.

The Loop Special Business District has a good thing going and is fearful any change might upset that success. Fear of customers’ fear of structured parking shouldn’t outweigh the positives of fully leveraging the value of the site the surface parking occupies. The residents of a new development will be of greater value to Loop businesses than the few who refuse to park in a garage. The occasional shooting and other trouble do orders of magnitude more damage than the perception of a lack of easy parking and should be the focus of all concerned. By taking an incremental approach it isn’t necessary to know beforehand who is wholly right. The option to reevaluate and change course remains. There will be an opportunity to comment at a public hearing on the draft neighborhood plan at the University City Council Jan 13, 6:30 pm in City Hall.

Interim Senior Editor and a nextSTL contributor since 2011, Richard is an Electrical Engineer by profession. He earned a BA in Physics and Economics and an MSEE from Washington University in St. Louis. He is on the board of the Skinker DeBaliviere Community Housing Corporation and Urban Core St. Louis. He is a transplant from Central Illinois and has called St. Louis home since 1998. He can be found on Twitter @Stlunite and contacted at [email protected]
View all posts by Richard Bose →