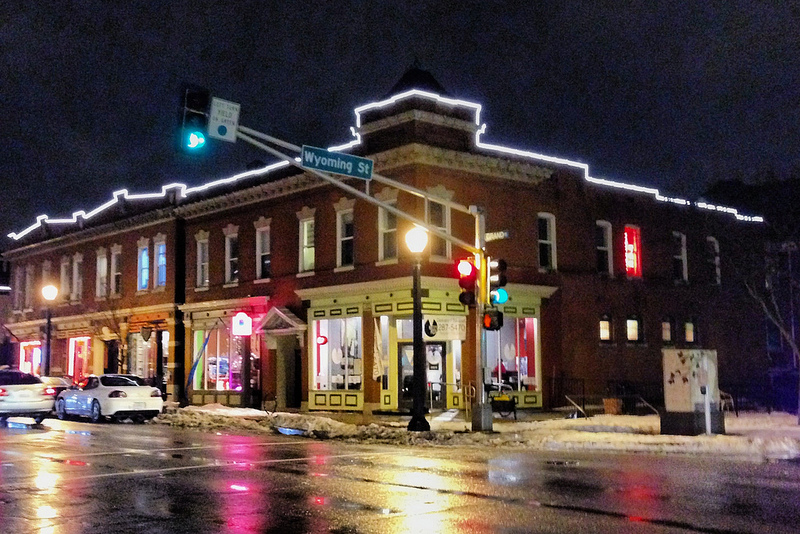 Yesterday evening, I read your piece “Snowfall special report: hang onto your side mirrors” at STLtoday.com. The story came to my attention via Facebook, while I was planted on a comfortable chair, in the serene, front-window seating area of The Gelateria on South Grand. In a sense, I was living the yuppie fantasy that your story referenced, definitive proof of the narrative that there’s a plugged-in, pissed-off generation of complainers sitting at keyboards all across St. Louis City, ready, willing and able to debate public services online… in between sip of our soy-milk-infused British breakfast tea.

Truthfully, I was drinking exactly that and, yes, I was surfing the web, too. When I wasn’t surfing and sipping my London Fog, I was working away from the distractions of my house, taking part in the digital economy that a lot of us engage in, at least part-time. After reading your piece, I looked around the room and saw grad students in their first week of classwork; one young couple on a telltale study date. There was a bartender from a Cherokee nightspot, relaxing with his Apple laptop. Random folks came by for scoops of gelato. They were a group made up of different skin tones and ethnic backgrounds; that’s kinda the way on South Grand. In some respects, these folks are now the go-to, ready-made butt of jokes, the perceived-to-be snotty, entitled class of digital natives that’s morphed into a cheap punchline for anti-City rants.

And I believe your piece was an anti-City rant, Joe. Nothing short of one, aimed not at the City as a governmental entity, but the City as a collection of people. A day later, what makes me sad, rather than last night’s mad, is that the piece was cooked from what feels like standard recipe stuff. You started off with a pound of generalization: that the City’s delayed, then-aggressive response to snow removal was directed by a group of noisy, braying, young whiners, over-reliant on their keyboards, under-reliant on their bootstraps. You tossed in a dollop of cliche (that City residents are obsessed with dog parks and the nearness of organic foods) and a pinch of the trite (that we live, in large numbers, in lofts). It’s not so much offensive, as it as tired, played-out and frankly, not that fucking funny. The punchline’s stale and so’s the joke’s basic premise. But it’s a great recipe for a Friday afternoon quickie.

Mind you, I understand that the position of a metro columnist is often to stir the pot, using familiar, water cooler-ready threads about our region. Using short-hand’s part of that gig. It’s why any St. Louis piece can dip into our common, shorthand language: wedding mostacholi, Ted Drewes, “going to the East Side,” the high school question, Stan Musial. These are are the standards, the chesnuts, the go-to’s. They’re joined today by the new shorthands, of which your piece, Joe, was impressively loaded: furbabies, county-born millenials, social media platforms, hybrid vehicles. The same people that were desperately sought for years by the City (young folks, with careers and, yes, a few disposable dollars) are now a gag, worth ridicule for, of all things, wanting the best for the City. They’re mocked for suckling at the teet of Mayor Slay’s Twitter feed, or Lewis Reed’s Facebook updates. Amazing.

But trend discussions only go so far, don’t they Joe? You’ve worked in another old trope of opinion writing and that’s to pull out an anecdote. Find something in your own life, write it from your own perspective, present it as if it speaks to a larger whole. I’ll go ahead and throw one of those in real quickly from my own last week, ‘cause my opinion…well, I can type, so it’s very important. My story goes like this:

There’s a neighbor of mine, stays just across the street. We live oh-so-close and do say “hello” a lot, but we’ve never really spoken. We share proximity more than anything; this is what binds us most of all. So: we’re genial neighbors, but have never cracked open a Busch beer in the middle of Connecticut Street. Our loss, maybe.

But the other day, I helped push him out of a snow bank in the middle of the same street. His car was somehow pointed both the right and wrong ways. With his shovel and cardboard, I could tell what was up and after another quick “hello,” I was pushing his car right into the middle of another snow bank in the dead-center of Arkansas. Yeah, that didn’t go great. Three cars were now stopped because of this, but they could’ve slipped and slithered by, if they’d chosen to. Instead, the drivers each bailed out, shoveling and scraping and offering a lot of advice on how straight to keep the wheels.

Some of us pushed again. The car stalled and the wheels spun. More advice was given. More backs were bent. We pushed once more. Eventually, the third time was the charm, the car gingerly lurching down Arkansas towards the safety of Arsenal. It was a forced sort of community-building, but it happened. And for the first couple days of this mess, I saw a bunch of this. People may’ve been on their handhelds, but they were also digging out neighbors, or were just saying “hi,” when passing on the thin strips of cleared sidewalk. Frankly, there were moments that were kinda nice. A bunch of them.

Here’s another example, pulled from our recent snow crisis:

I’ve not driven since this past Saturday. Not once. My truck’s a junker with tires as traction-less as my boots. But two of my part-time jobs were off for the week; the other two could be done from coffeehouses. So I worked in coffeehouses. Four of them! What yuppie heaven, this South Grand! Over the week, I visited my local bank, pharmacy, microbrewery, post office and library. Honest and true, I visited each one at least once. That’s called livability. It’s called residing in a neighborhood. My neighborhood, Tower Grove East, gives me a scare every-so-often, a moment that makes me really consider my owner feeling about class, social hierarchies, ward-level politics and racial relations. But 99% of the time it’s provided me with conveniences and necessities and culture and diversity. I love it where I’m at, even if I have to accept and f(sometimes) resent a few of the warts endemic to living an urban experience.

I’m sorry, you don’t see the same City life I do, Joe. Possibly, my Tower Grove East lifestyle could really be that different from the way you roll in Francis Park. And I’m sorry that snark trumps sincerity, even as I’m aware that being a metro columnist doesn’t imply advocacy, or championing causes. As importantly, I also understand that hits and page views are the coin of the realm. Writing a story like your “Snowfall special report” is easy money. You couldn’t help writing it, I suppose.